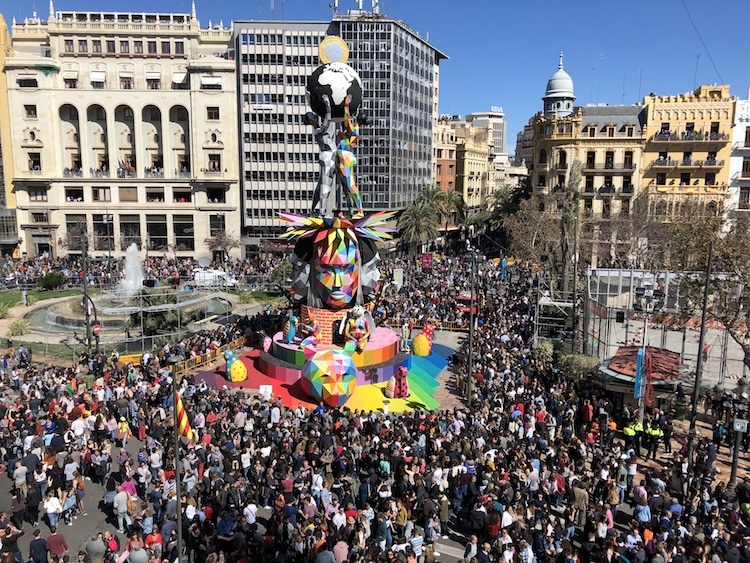 Each March, Spain has a traditional festival in Valencia, dating back thousands of years, called Fallas. Held in commemoration of St. Joseph, neighborhoods across the city spend the year creating a giant puppet called a falla. And this year, Spanish street artist Okuda San Miguel joined the festivities, creating an 82-foot-high falla named Equilibri Universal.

For such a traditional event, the invitation of a street artist was revolutionary. Okuda worked diligently for a year to develop the concept, and took in the advice of local falla artisans to make his vision a reality. Fallas is serious business in Valencia, with each neighborhood working year-round to raise funds and then create their falla. In the four days leading up to the March 19 event, the entire city transforms into a giant street party, culminating with La Cremà—the ritual burning of each puppet. Fittingly, falla translates to torch, and each one is laden with fireworks which explode prior to burning.

Okuda is no stranger to large projects, having transformed a large church into a skatepark, but Fallas presented a whole new challenge. His largest sculpture to date, he used more than 700 spray cans on the colorful piece and had a team of 10 assistants to bring the work to completion. In the end, it was all worth it. “It was one of the strongest feelings I have ever had in my life, but at the same time very positive and very special,” he shares.

His inclusion in such a traditional setting is yet another mark of how street art is becoming further integrated into mainstream culture, moving from a fringe, underground movement to one of the most important art phenomena of the 21st century. 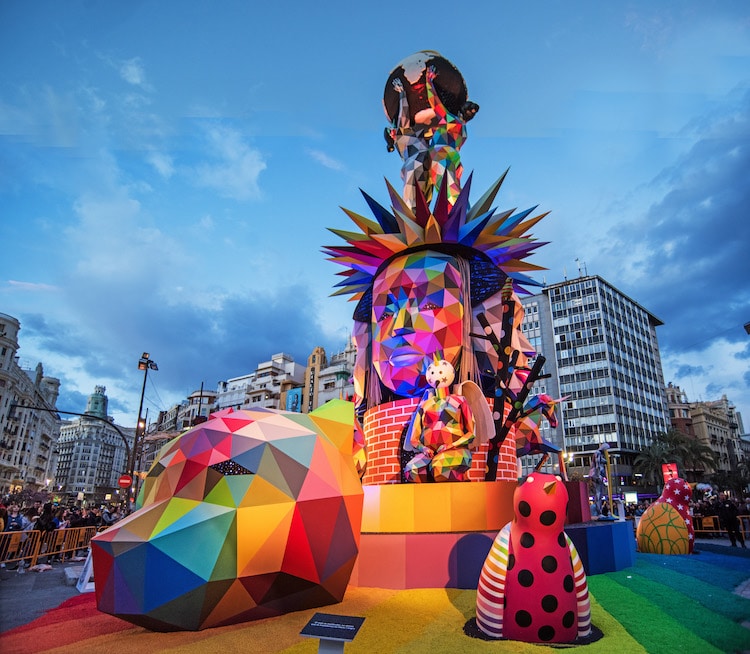 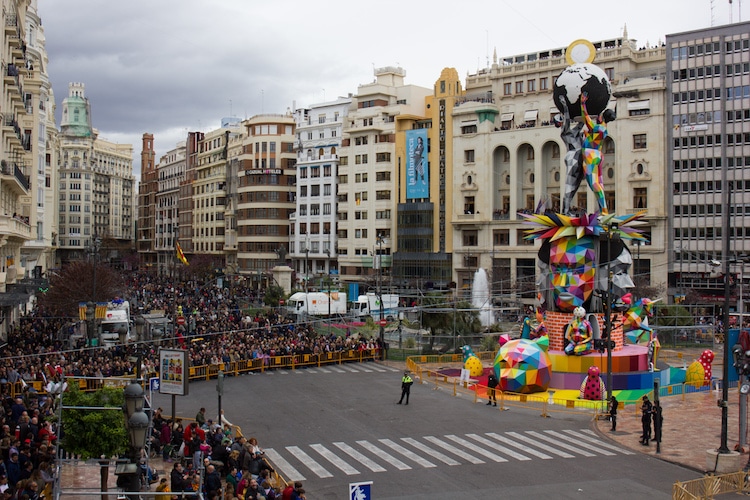 The Spanish artist worked on the project for a year, including traditional local artisans, and using 700 spray cans to complete his falla. 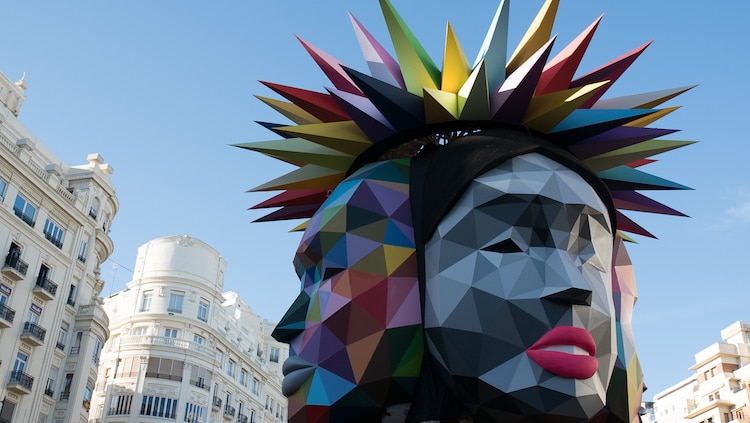 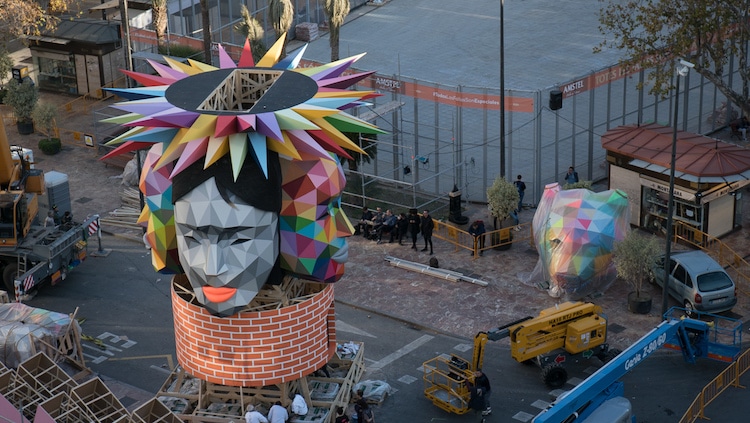 For four days, leading up to the March 19 celebration, the city transforms into a giant street party. 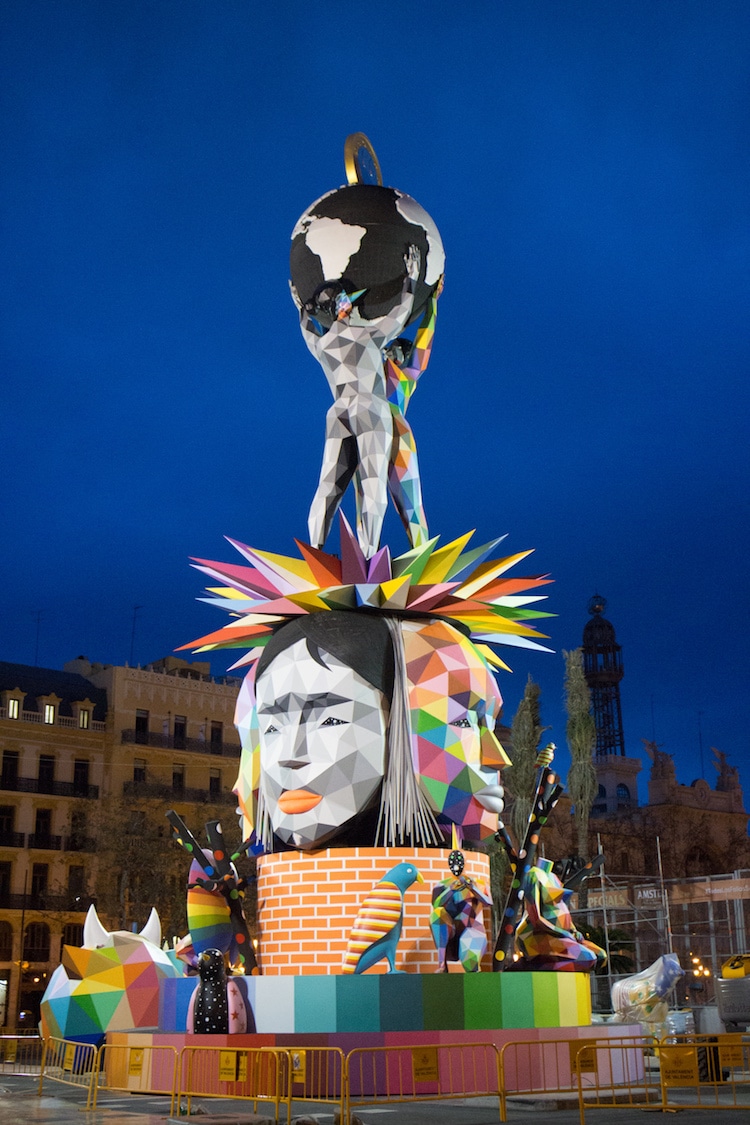 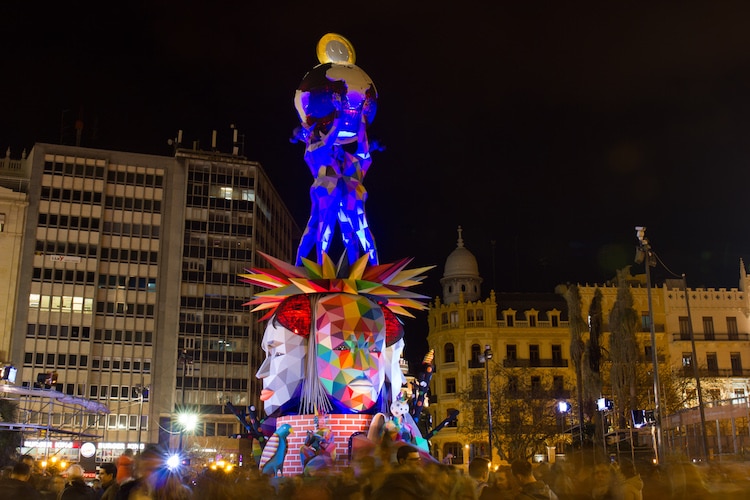 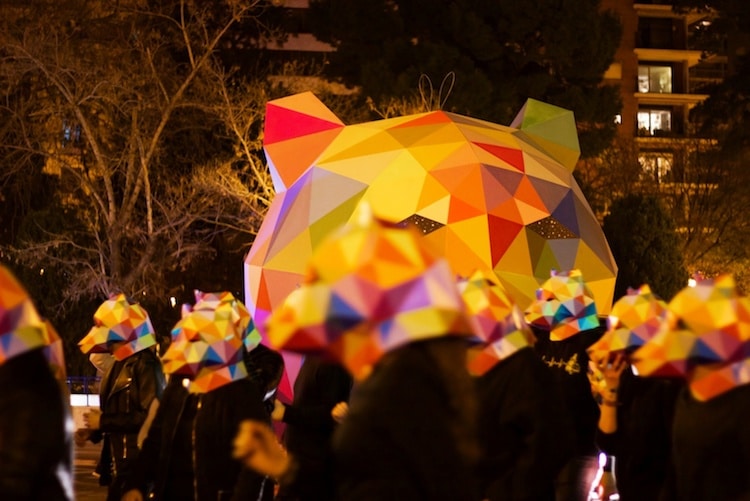 The festival culminates in La Cremà, where fireworks explode from the falla and the puppets are burned. 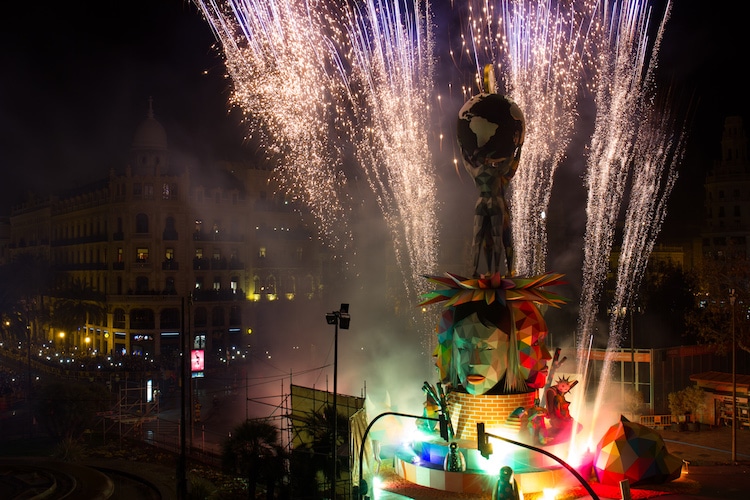 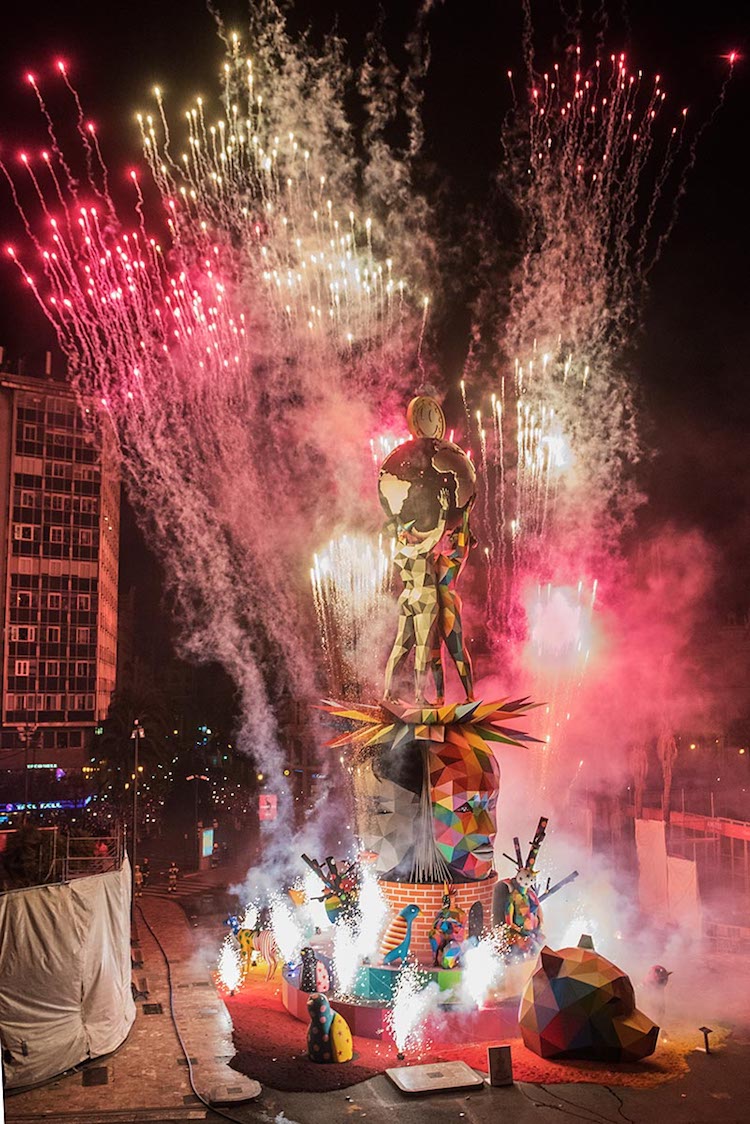 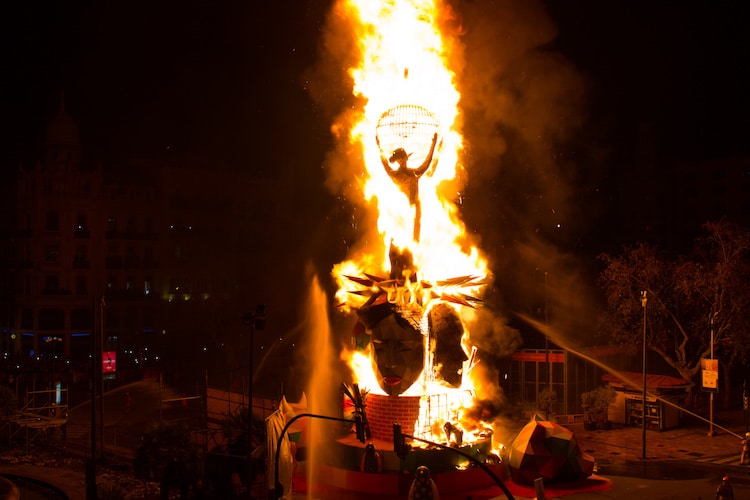 All photos by Quique Rico except where noted. My Modern Met granted permission to use photos by Ink and Movement.

Moroccan Chapel Transformed into a Vibrant, All-Encompassing Mural by Okuda

Freight Truck Exteriors Are Being Transformed into Mobile Art Galleries