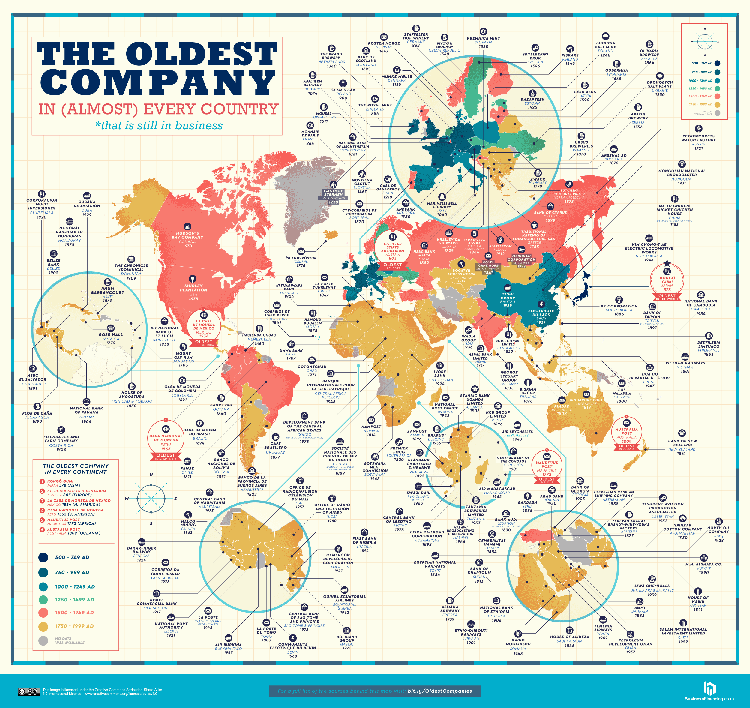 The business world is a notoriously fast-paced, high-risk arena, and companies can be bankrupted within months of creation. Business Financing UK, an online research publication focusing on financing and loan information, recently published their findings of the oldest companies still in business in nearly every country in the world. Choosing to translate their research onto large colorful maps, the company's work illustrates the story of human innovation from every corner of the globe—and countries whose longest running business could not be verified is represented in grayscale.

Considering that many of these businesses weathered the rise and fall of nations, the origin country of some of the companies which are identified on the maps might no longer exist. Therefore, researchers decided to attribute these businesses to the contemporary country they call home. The oldest of these long-running businesses can be found in Japan; originally established as a temple-building business in 578 CE, Kongō Gumi, was absorbed by a construction company in 2006 and continues its legacy in architecture nearly 1,500 years later. The craft beer community will be proud to know that the sixth oldest company in the world is Sean’s Bar, an Irish pub established in 900 CE which bar crawlers can still visit.

Sparing no corner of the globe, the research company created high resolution maps of six of the seven continents and color coded them according to business type. Alongside these highly detailed maps, the online financing company released the entire Google Spreadsheet of their color-coded data to the public. Which of these companies might you find in your own backyard?

Business Financing UK created colorful maps that show the oldest company of different countries around the world, some that have been in operation for nearly 1,500 years. 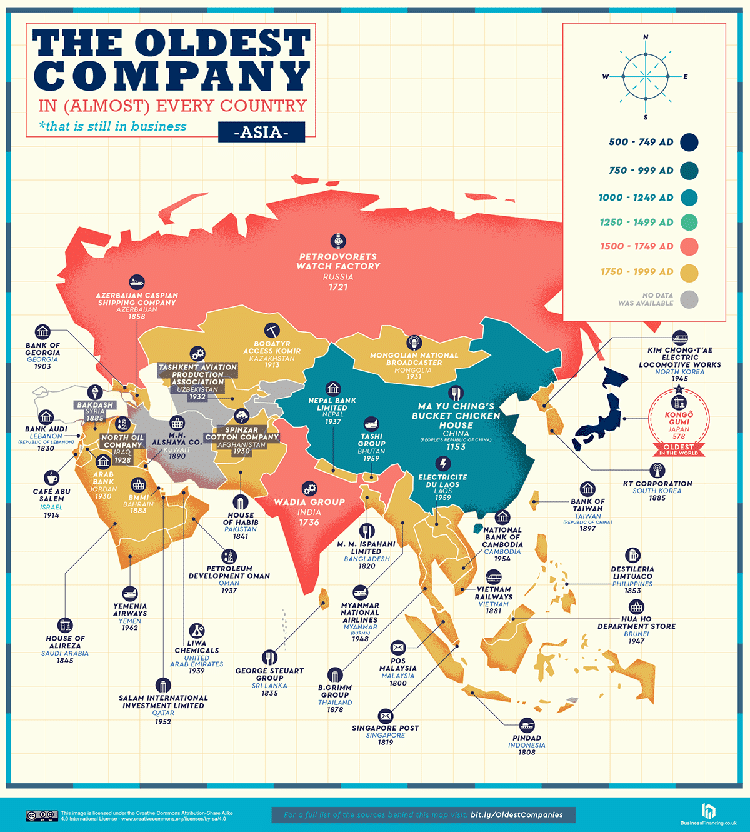 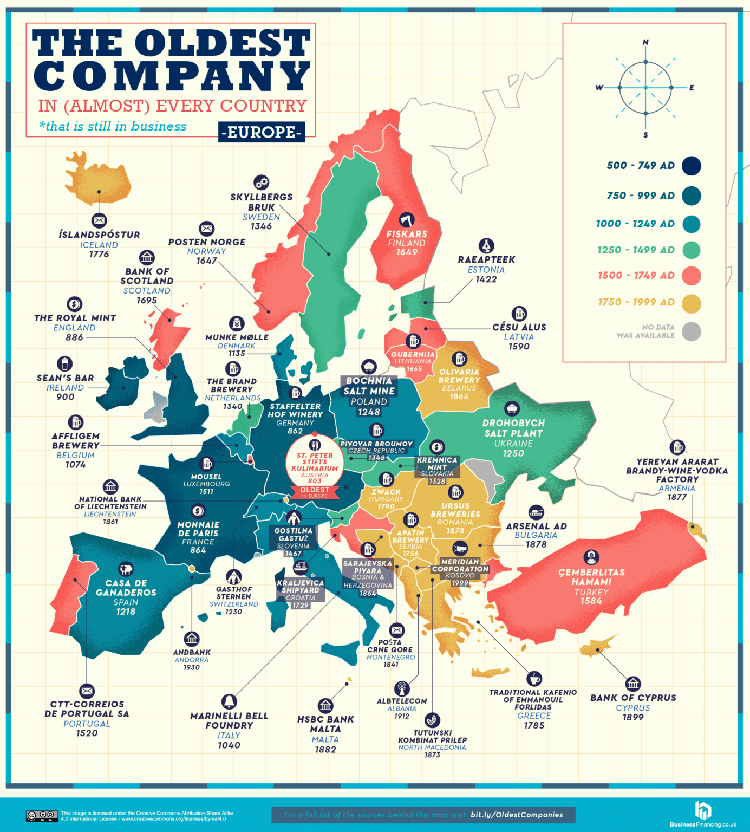 Researchers discovered that banks and mints were commonly found among the oldest businesses around the world. 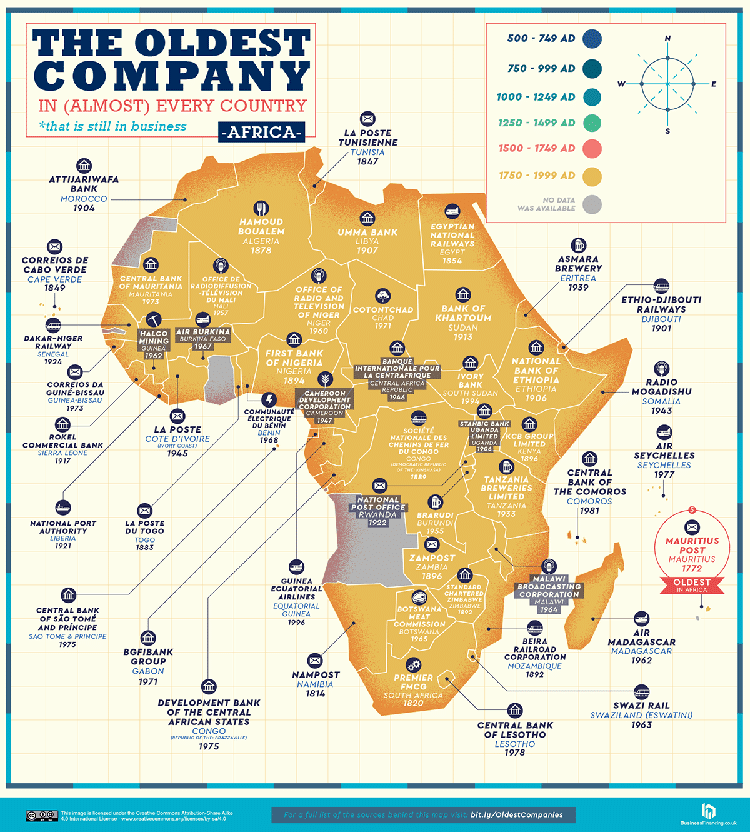 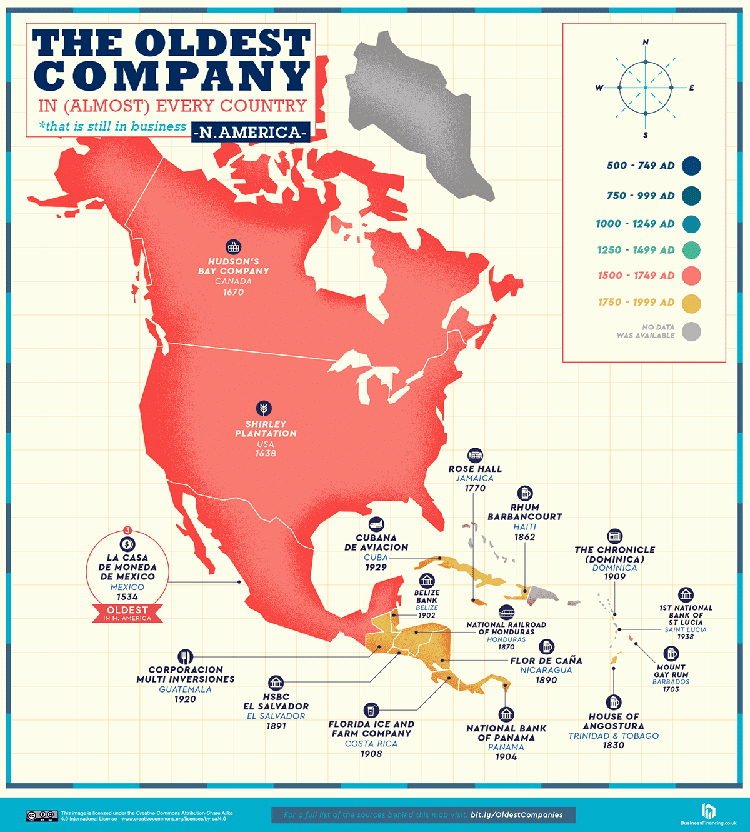 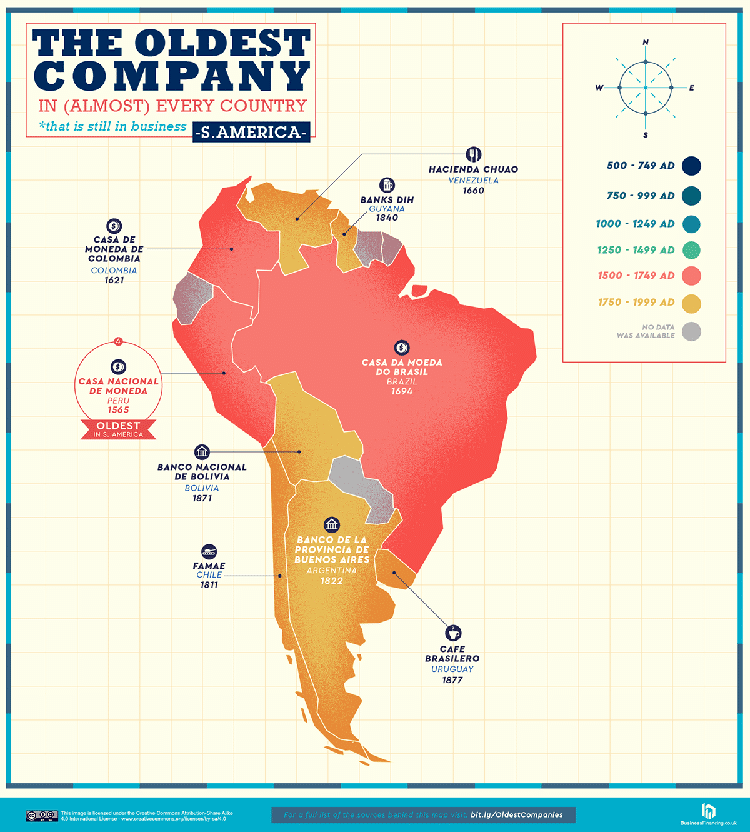 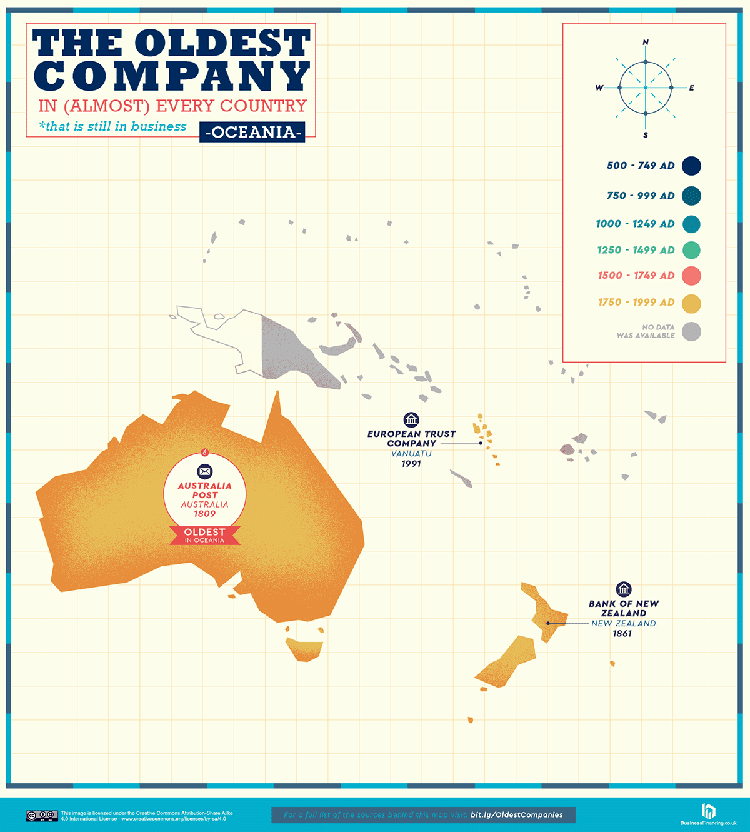 These Are the Most Beautifully Designed Maps From Recent Years

21 Informative World Maps That Will Change Your Worldview