These Are the Most Beautifully Designed Maps From Recent Years 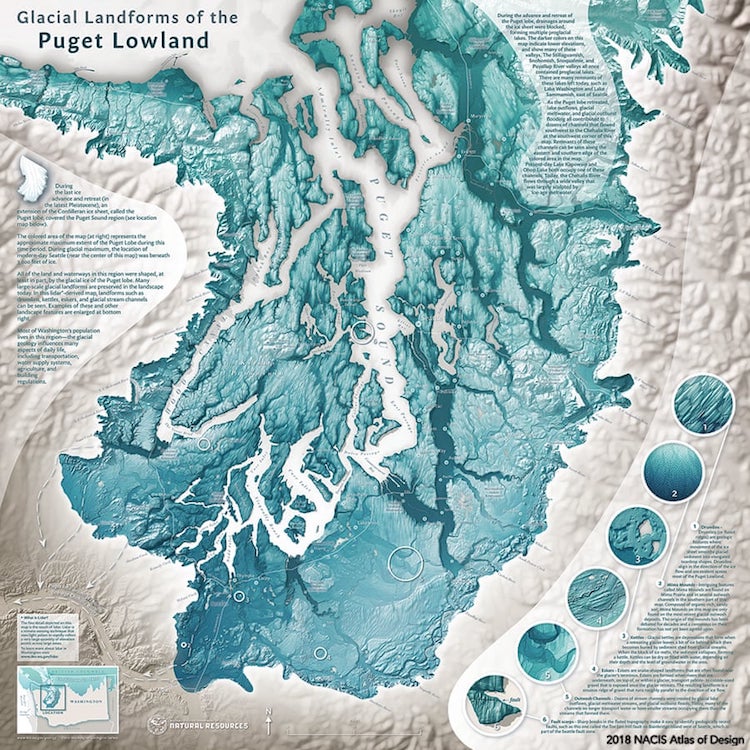 If you love a good map, you'll want to get your hands on the new volume of The Atlas of Design. Every two years since 2012, the non-profit organization NACIS (North American Cartographic Information Society) has compiled the best-designed maps from hundreds of entrants. The results are placed in a limited edition volume for cartography junkies to enjoy. The 2018 edition is no exception, featuring 32 maps carefully judged for their superior design and quality.

Over 300 entries were submitted for consideration, making this edition the most difficult yet to judge. The incredible variety of maps included demonstrates the artistry behind cartography. From a river map hand printed on Japanese paper to an icy blue and white map showing the glacial landforms of Puget Lowland, the volume is a tribute to the artists and designers carry on the long tradition of map making.

“The Atlas aims to inspire readers both within the field of cartography and without toward new understandings of design, and of the power that a well-crafted map can have,” NACIS writes. “In an age when more and more mapping tasks are being turned over to computers, the Atlas provides one more answer to the question: What do cartographers do?”

NACIS, which is run by expert volunteers, has sold out previous editions of The Atlas of Design, proving that there is still a niche of map enthusiasts appreciative of quality cartography. Volume four of The Atlas of Design will be shipped by late October 2018. Scoop up your copy today by ordering online before the 2018 edition is sold out.

The Atlas of Design features the best maps from cartographers around the globe. 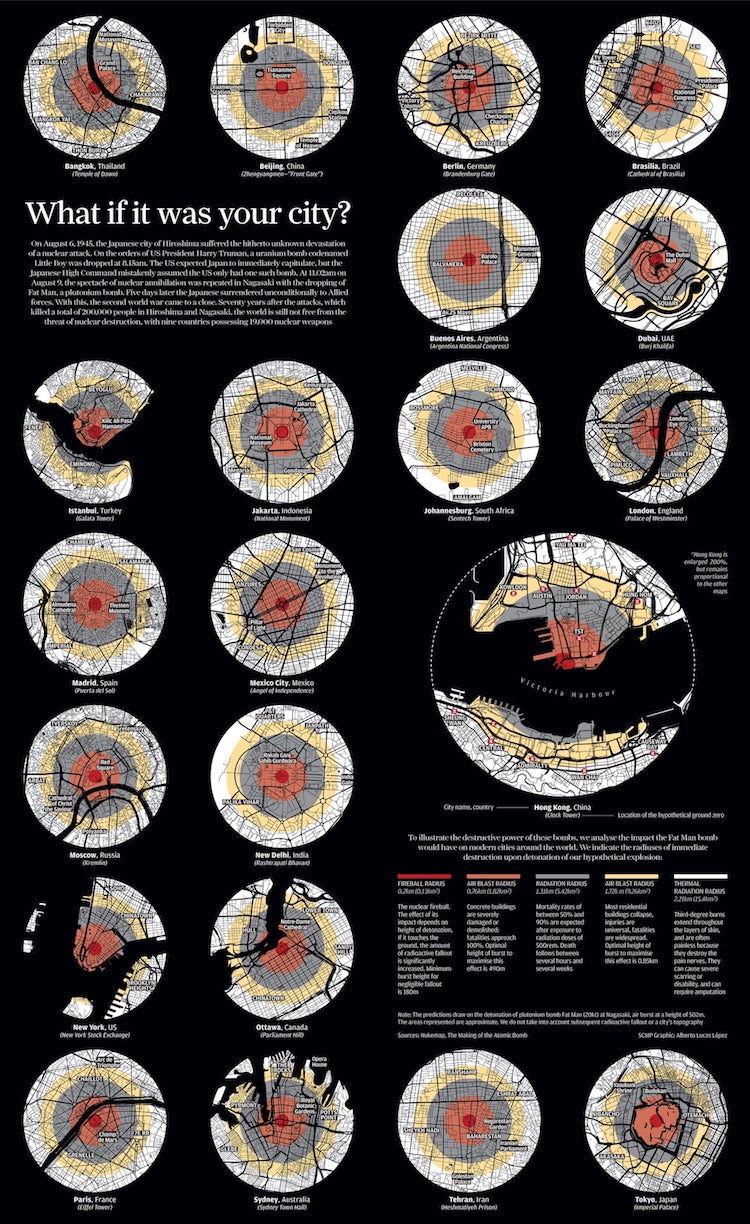 “What if It Was Your City,” by Alberto Lucas López, was first published in Hong Kong’s South China Morning Post to mark the 70 year anniversary of the Hiroshima and Nagasaki atomic bombs. 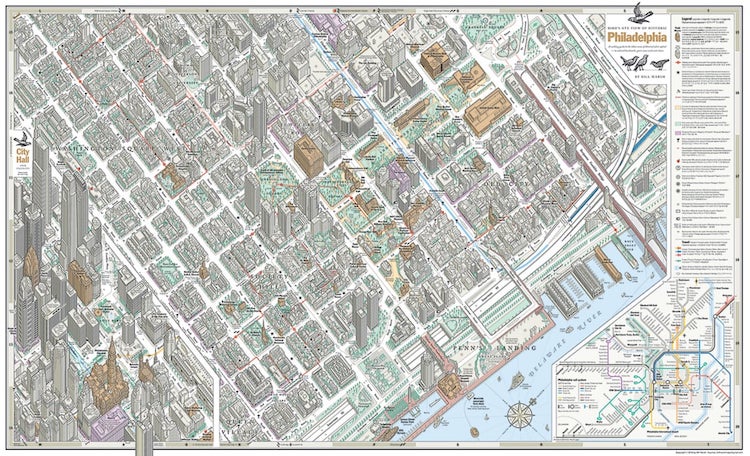 “Bird’s Eye View of Philadelphia,” by Bill Marsh was styled after the work of Constantine Anderson, who created a bird’s-eye view of midtown Manhattan. 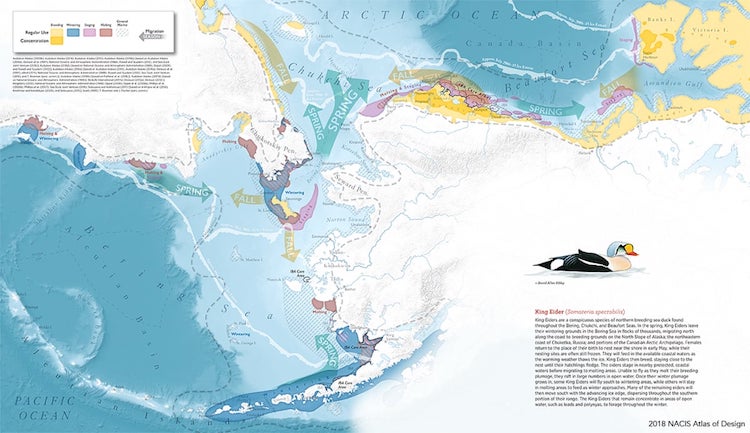 “King Eider “by Daniel P. Huffman visualizes the arctic life of the king eider sea duck. This is one of 135 pieces that Huffman produced for the Ecological Atlas of the Bering, Chukchi, and Beaufort Seas. 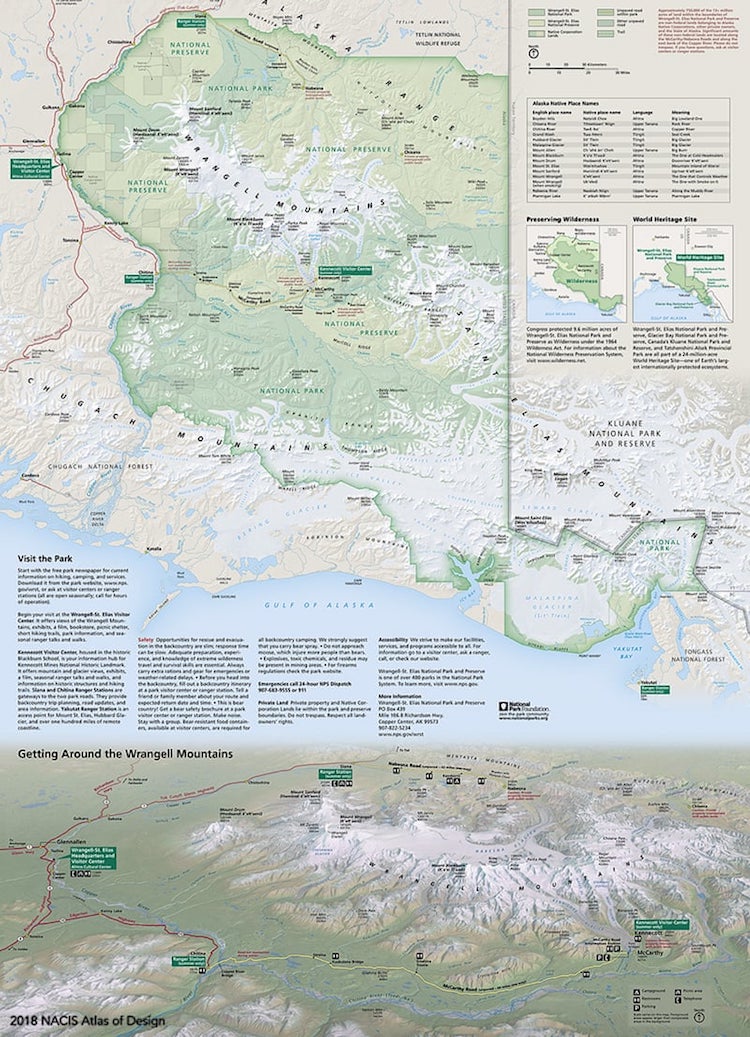 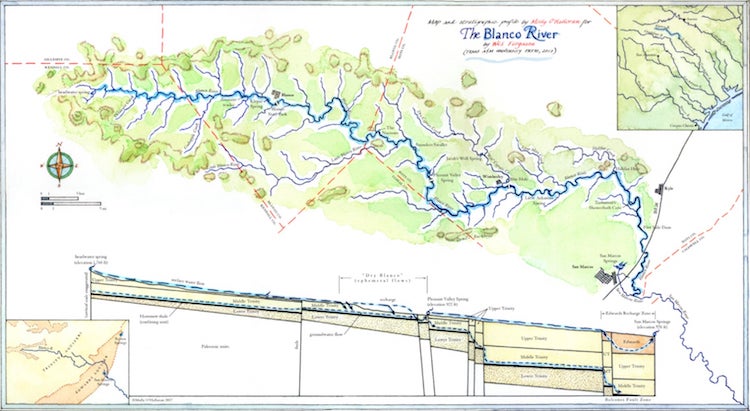 “The Blanco River,” by Molly O’Halloran was created using pen, ink and watercolor. The map’s primary focus, inked and washed in blue, is the 84-mile twisting length of the Texas’s Blanco river, including all its tributaries 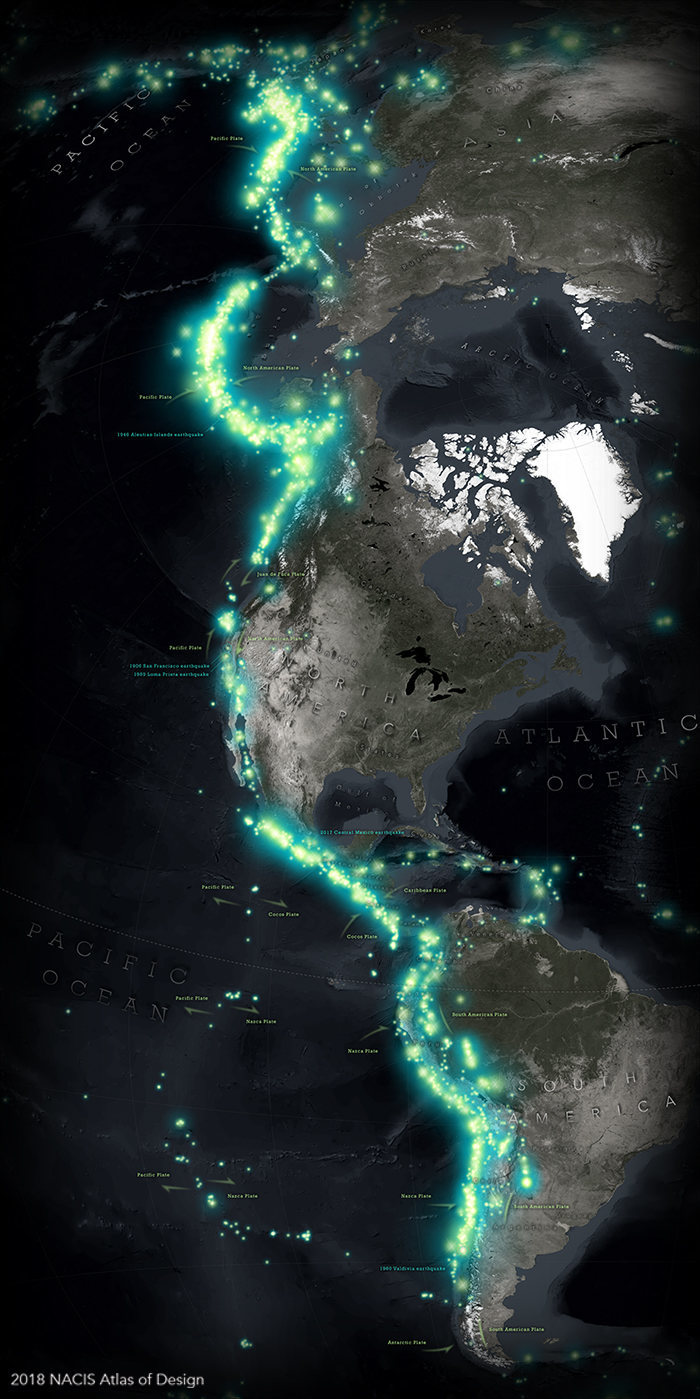 “Eastern Pacific Ring of Fire,” by John Nelson, showing the boundaries of the Earth’s tectonic plates.

All images via The Atlas of Design.

Love maps? Share
Like My Modern Met on Facebook
Get Our Weekly Newsletter
Become a
My Modern Met Member
As a member, you'll join us in our effort to support the arts.
Become a Member
Explore member benefits
Love maps?