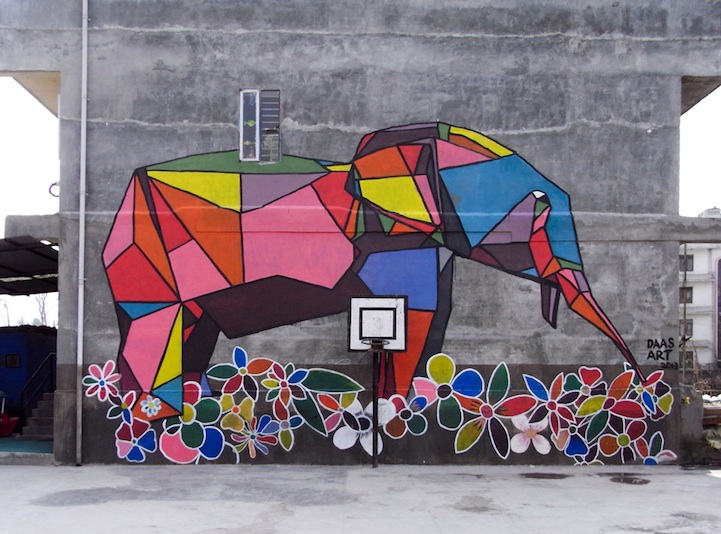 Japan-based American artist Daas is one of 60 artists who came from all over the world to give Nepal an artistic facelift. They were invited to paint 75 site-specific murals on Nepal's walls as part of an art project called Kolor Kathmandu, which began in January and will end on Thursday. Director of Kolor Kathmandu, Yuki Poudyal, was inspired by the street art that sprung up in western cities like Philadelphia and believed that Nepal's capital could be beautified once again by art, inspiring and attracting visitors for years to come.

Artist Daas painted among other things a red panda and a colorful elephant. The red panda is a small mammal that lives in Kathmandu's Rasuwa district. It's on the endangered species list. Daas was excited to shed light on this problem as well as to bring color to the drab town. “Knowing that thousands of people, everyday, will see this huge, colorful painting – in a sea of grey, deteriorating buildings – felt like I was helping to breathe new life into the city. I wanted to give the people something to spark awareness as well as imagination,” he said.

The bright mural of the geometric elephant walking through a field of flowers was created with the assistance of children from the local Shikshantar School. Because painting supplies like scaffolding and ladders are hard to come by in Kathmandu, Daas had to improvise by attaching paintbrushes to 12-foot poles. “It was a crazy technique, but lent itself to interesting effects and mistakes,” Daas said.

Of his whole trip to Nepal, Daas reflected, “In Kathmandu, life was hard, but I felt alive. I find myself thinking about the wonderful people I met and the passion burning within them. They don't see the struggle, they see the journey.” 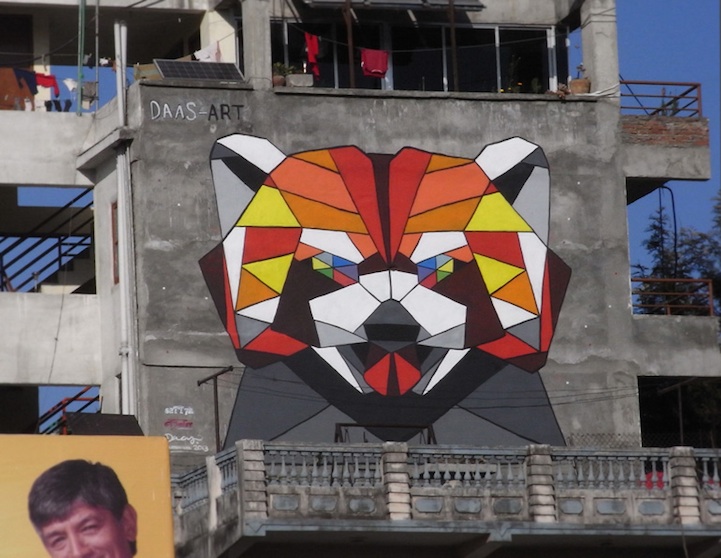 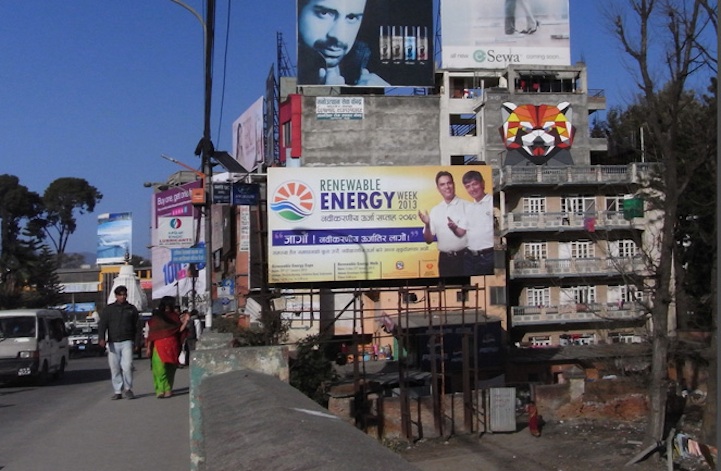 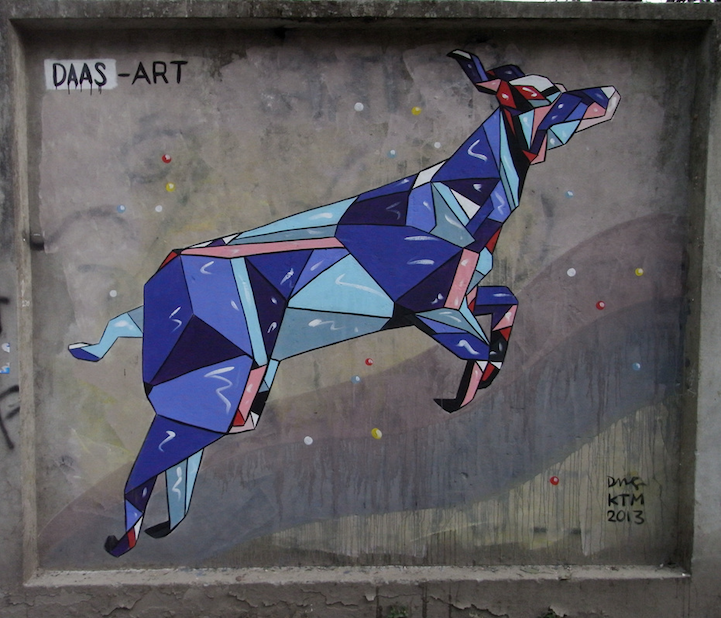 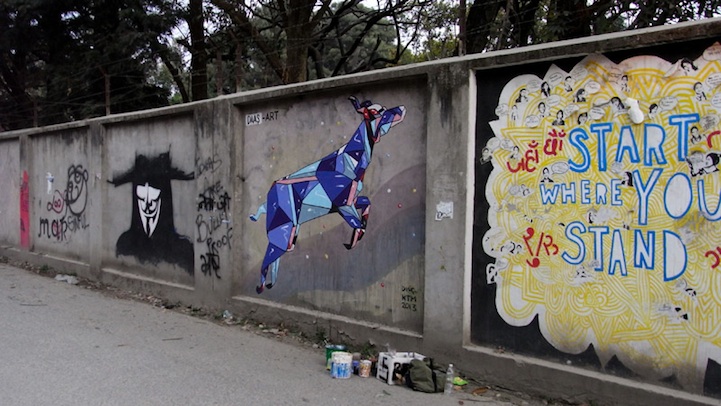 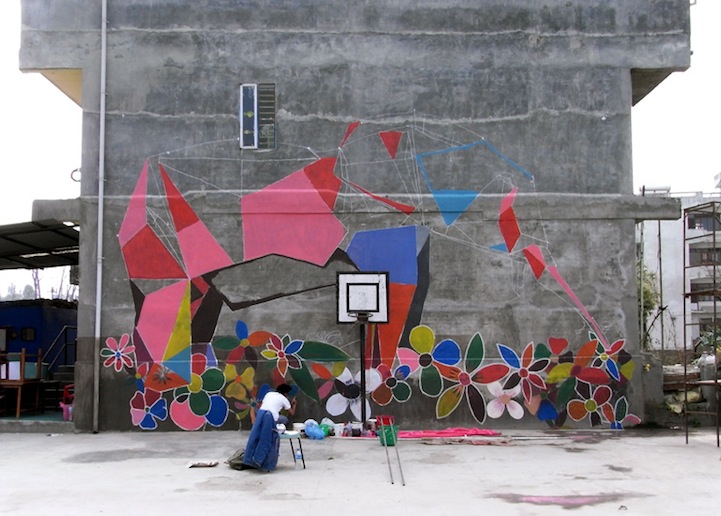 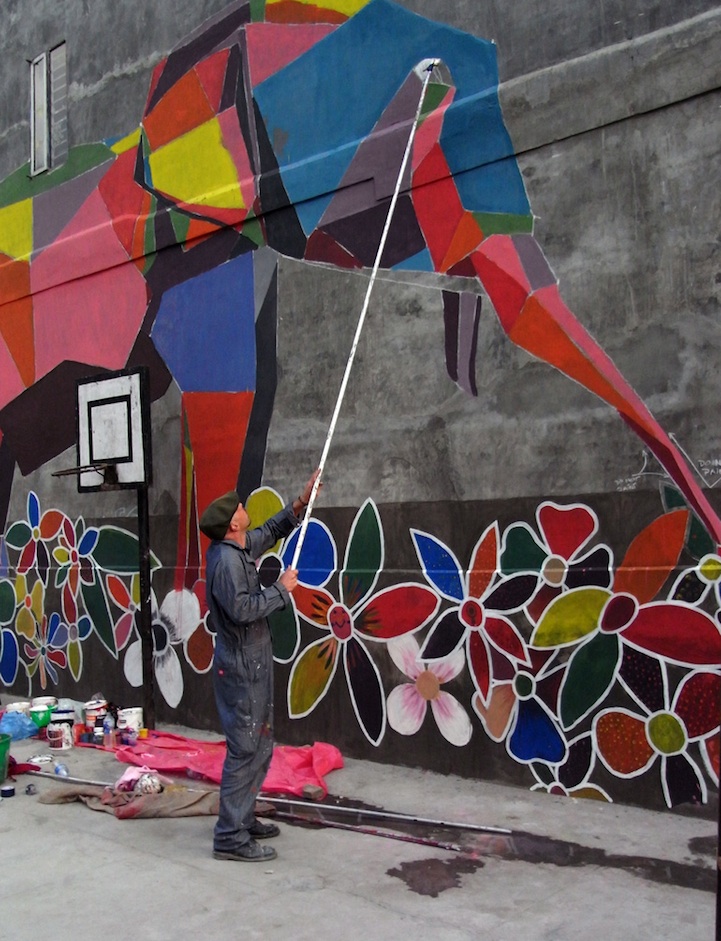 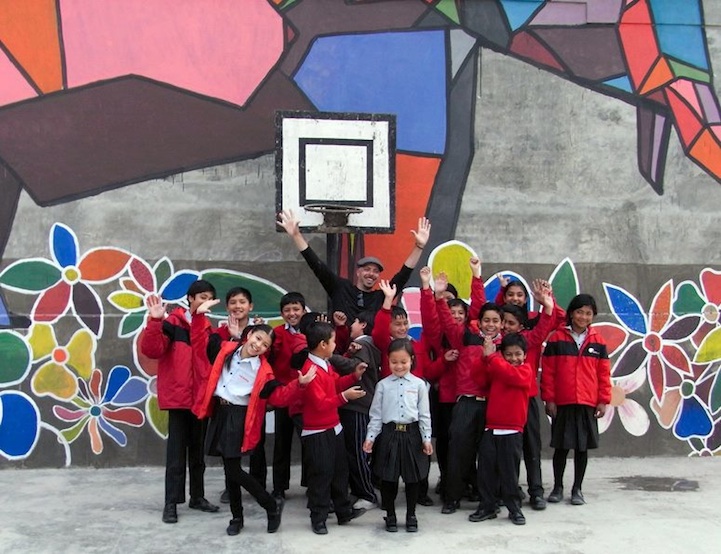