Why the Film ‘Parasite’ Built a Lavish Home Completely From Scratch 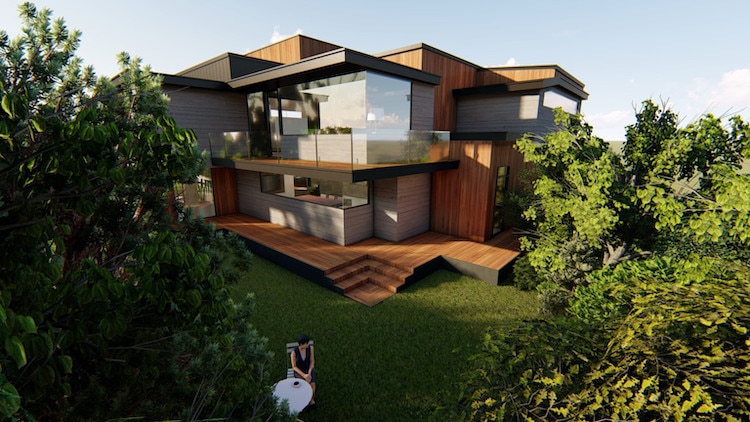 The film Parasite has captivated fans and critics around the world. At the recent 92nd annual Oscars, the comedy-thriller won four awards—including the top prize of Best Picture. One category that it was nominated for, but didn’t win, was Best Production Design. And after you learn what went into creating the lavish Park family home, you’ll be surprised that it didn’t win in that category, too.

When watching Parasite, you might think that the house featured in the film was a real home that existed prior to production. But in actuality, the mansion and its grounds were built for the movie and consisted of four different sets that were patched together with camera work and the use of green screens. This openness of the locale was vital to telling the story; the set contained blocking lines (how the actors move in relation to camera) that allowed for the characters to eavesdrop on one another—just one facet of this fascinating flick.

“I had to really meticulously design the house itself,” director Bong Joon-ho explained in an interview with IndieWire. “It’s like its own universe inside this film. Each character and each team has spaces that they take over that they can infiltrate, and also secret spaces that they don’t know.”

Parasite is about class divide and its production design plays into this theme as well. “Because the story is about the rich and poor, that’s obviously the approach we had to take in terms of designing the sound and lighting,” Bong said. The affluent family’s home faced in the direction of the sun to give them ample access to natural light. It wasn't the same as the poor family's apartment. “The poorer you are, the less sunlight you have access to, and that’s just how it is in real life as well: You have limited access to windows.”

Although movie magic made the disparate areas of the set look like one structure, the props in the Park home were not faux expensive. They really were pricey. The dining table is valued at $22,300 and there were artworks costing nearly $200,000 total. To top it off, the trash can was a staggering $2,300—a true splurge for anyone with immense disposable income.

Although the Park family home in Parasite appears to be a single structure, it's not. 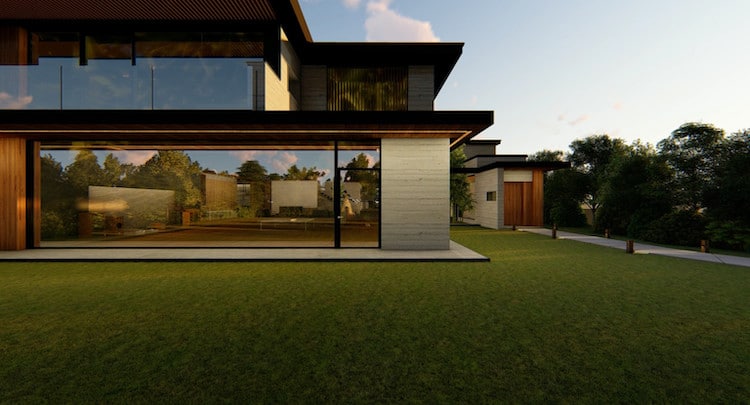 The mansion and its grounds were built for the movie and consisted of four different sets that were patched together with camera work and the use of green screens. 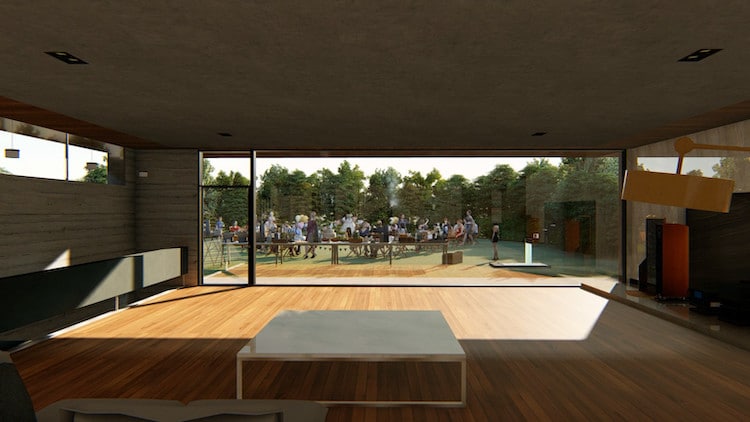 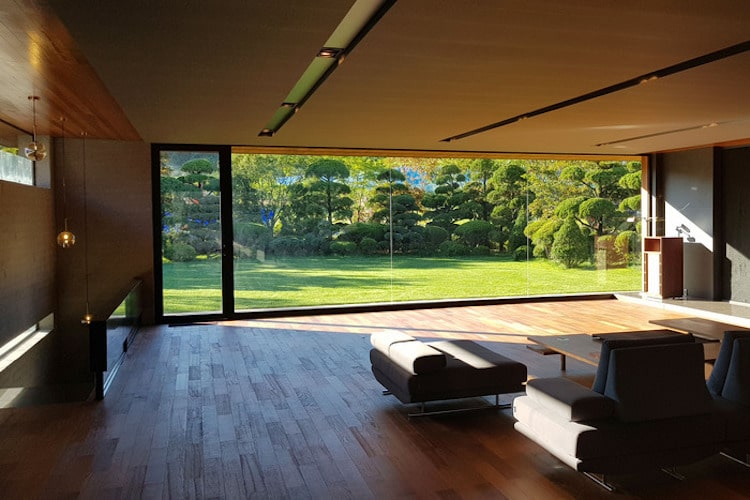 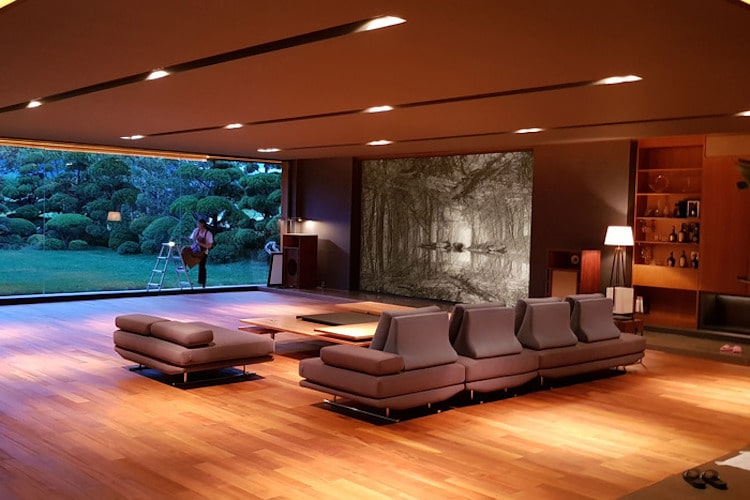 Behind the Scenes from “Parasite” 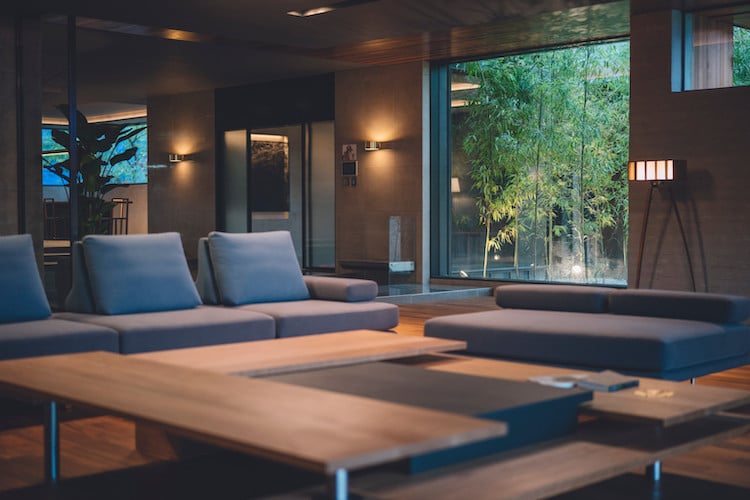 The results were spectacular and helped tell the thrilling story. 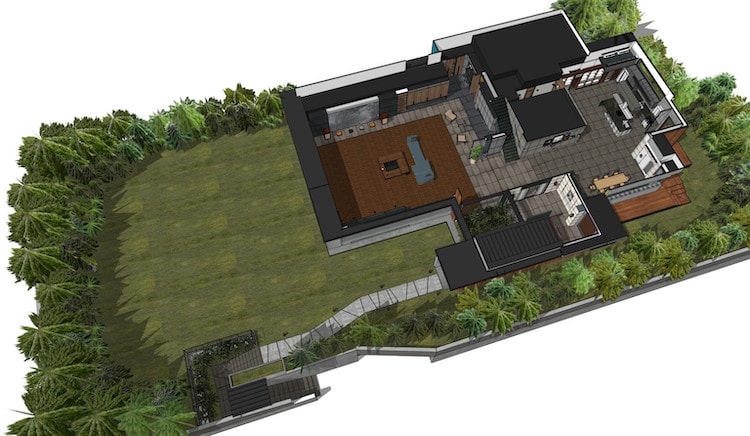 All images via NEON.