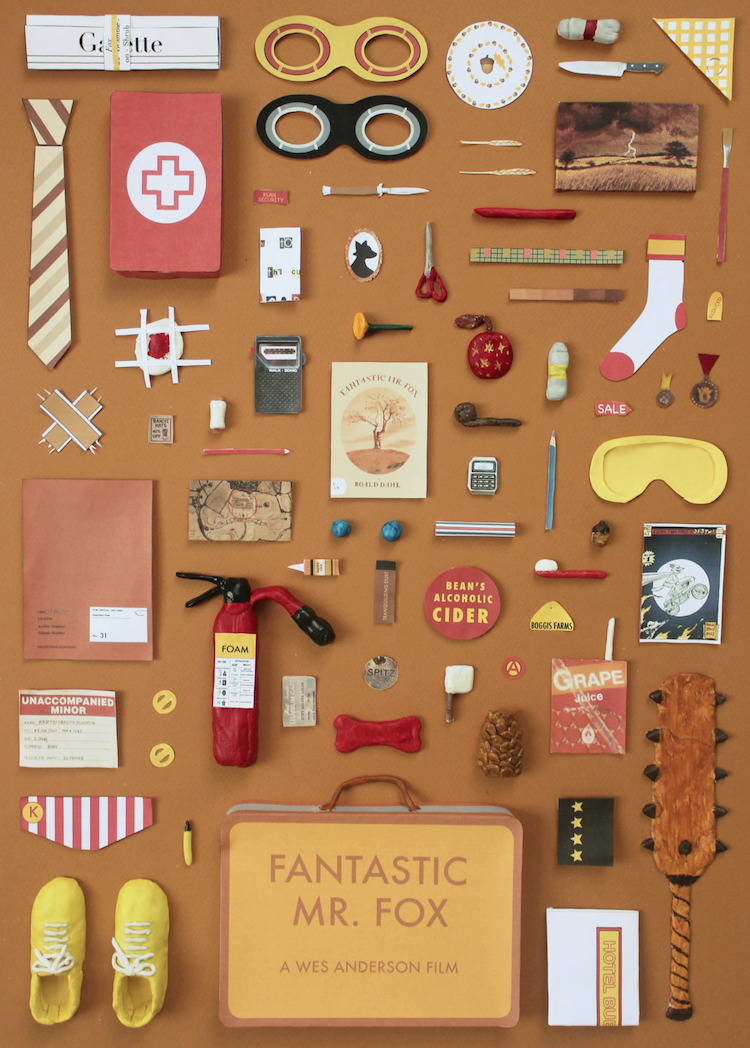 Many people remember a movie for its unforgettable characters or incredible plot twists, but Jordan Bolton commemorates great films with the small things. The Manchester-based poster artist creates a unique portrait of motion pictures by depicting their defining objects as well as their recognizable color palettes. “I see the posters as providing an interesting and fresh perspective on the film's themes and characters,” he tells us in an email, “even for someone who has seen the film many times.”

Bolton’s series is called Objects and features both classic and contemporary films. He’s recreated items from Breakfast at Tiffany’s, Carol, Amelie, as well as Wes Anderson's The Royal Tenenbaums, Moonrise Kingdom, The Grand Budapest Hotel and Fantastic Mr. Fox. Anderson’s movies are ideal for this project, as his productions are known for their distinct color palettes and quirky, almost surrealist feel to costuming and set design.

Each poster in Objects is in a similar format—tiny items are neatly arranged in a vertical composition. They’re given plenty of breathing room, like every individual element is a specimen in a scientific display. It allows us to carefully study each one and consider its connection to the film, perhaps illuminating portions of these compelling stories that we wouldn’t have thought of otherwise.

Bolton sells Objects as posters available in his Etsy shop. 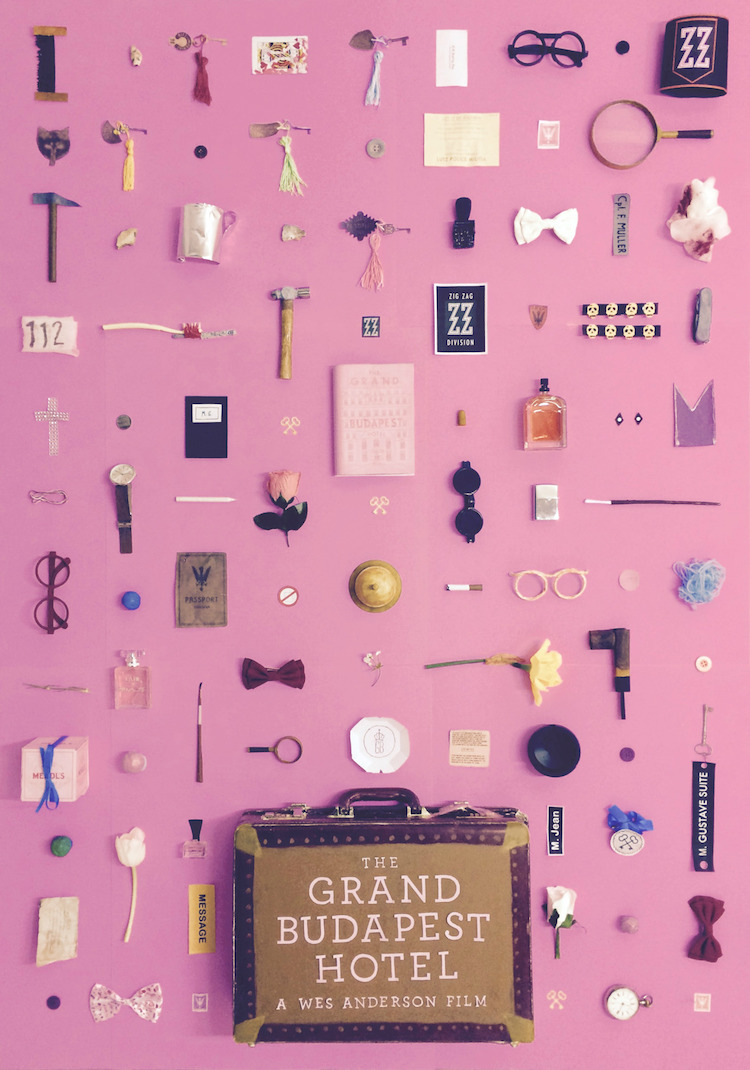 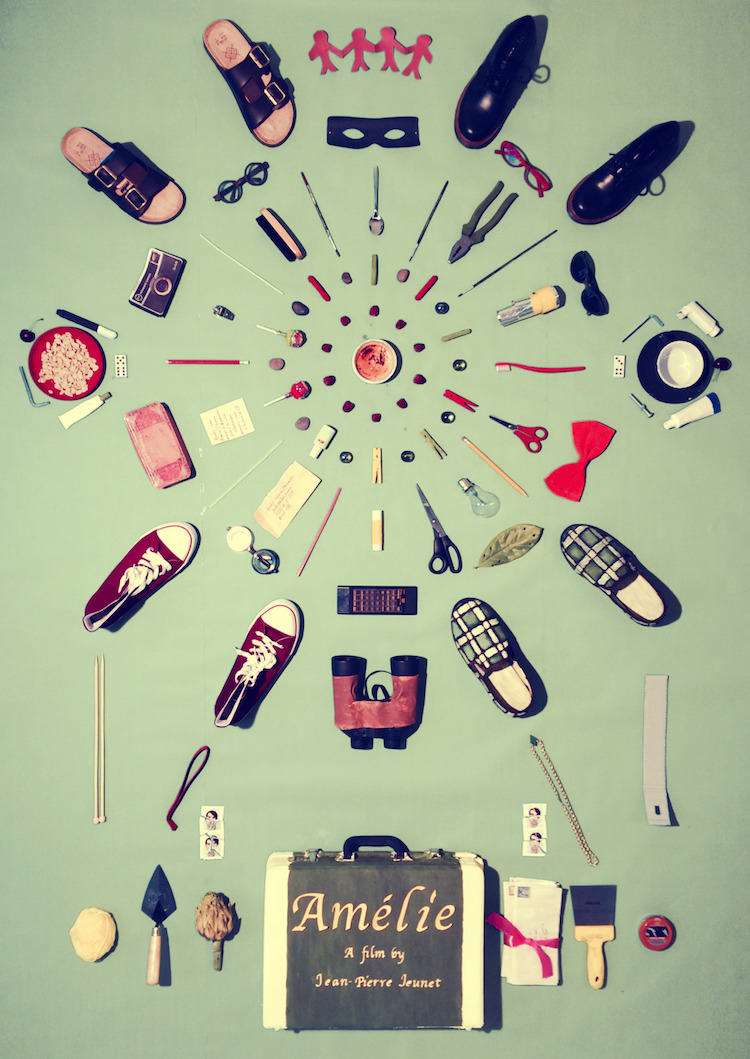 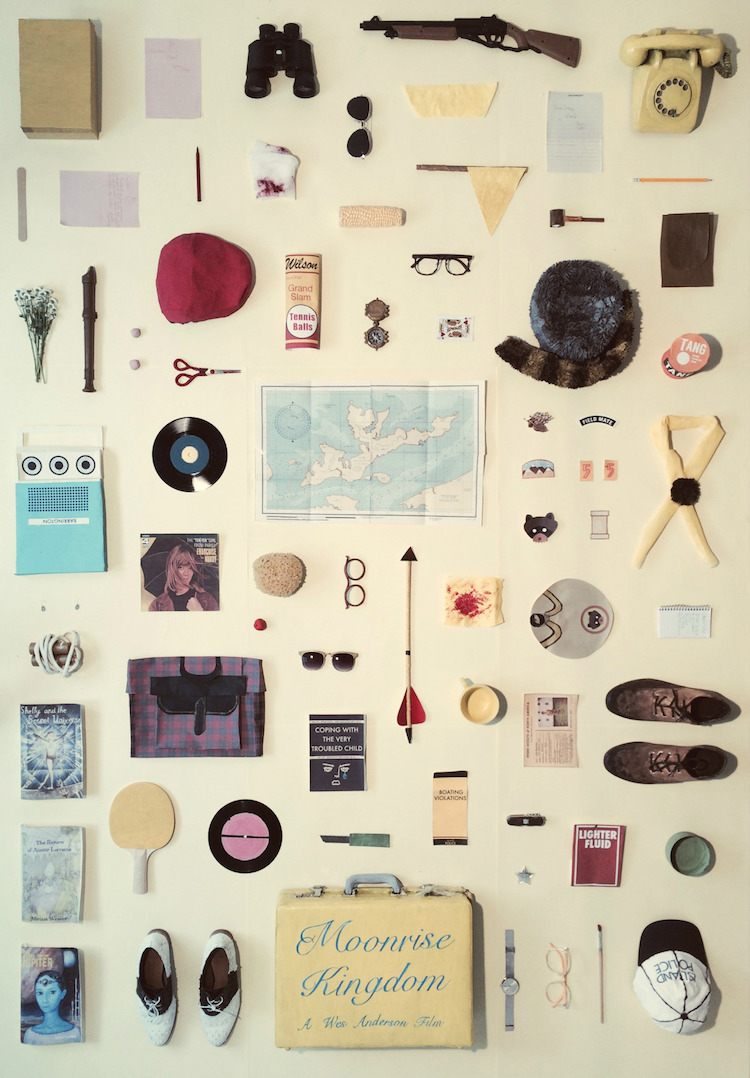 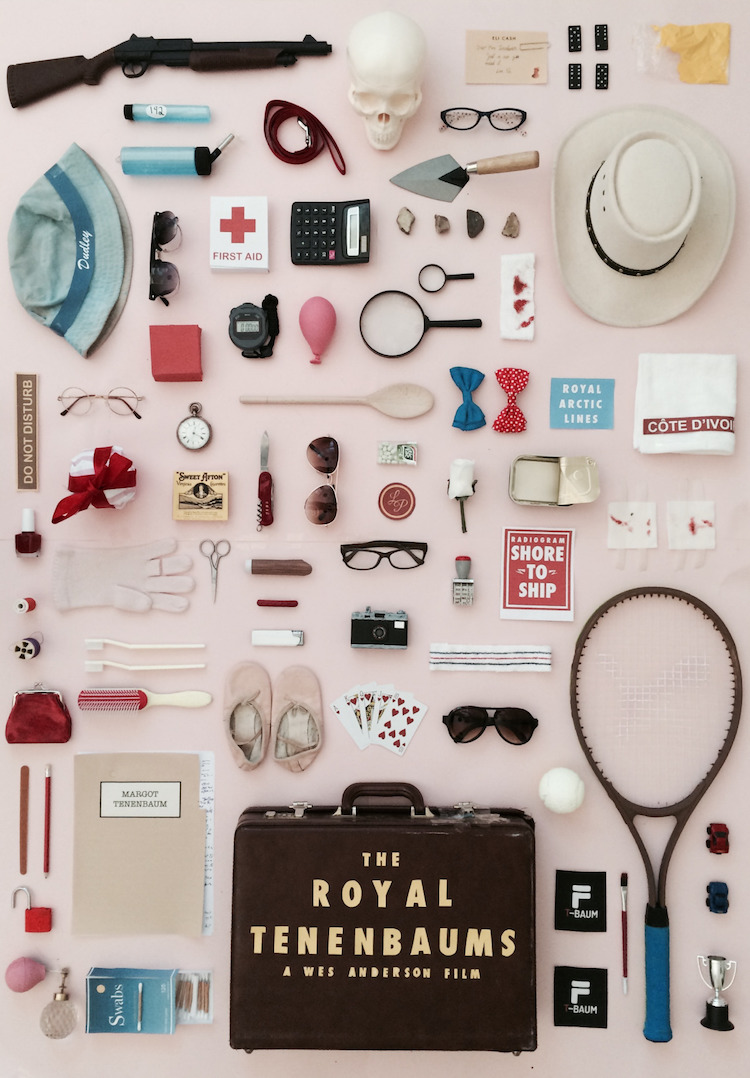 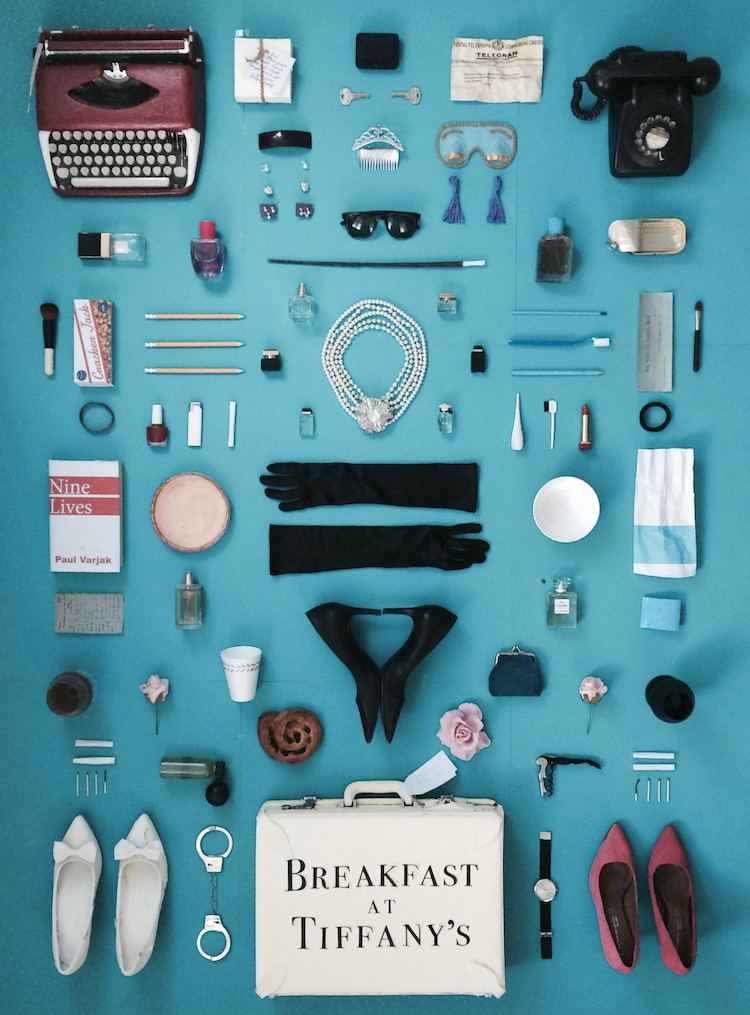 The film Carol is a reversible poster. According to Bolton, it’s “inspired by the role reversal that takes place between Therese and Carol over the course of the film.” 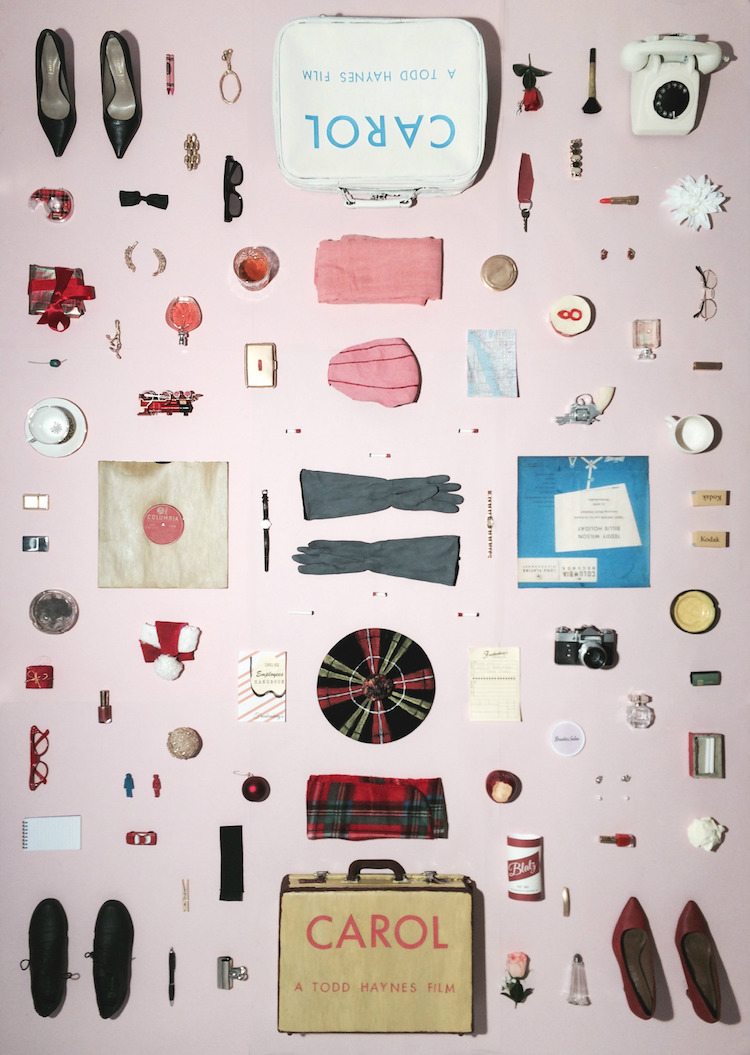 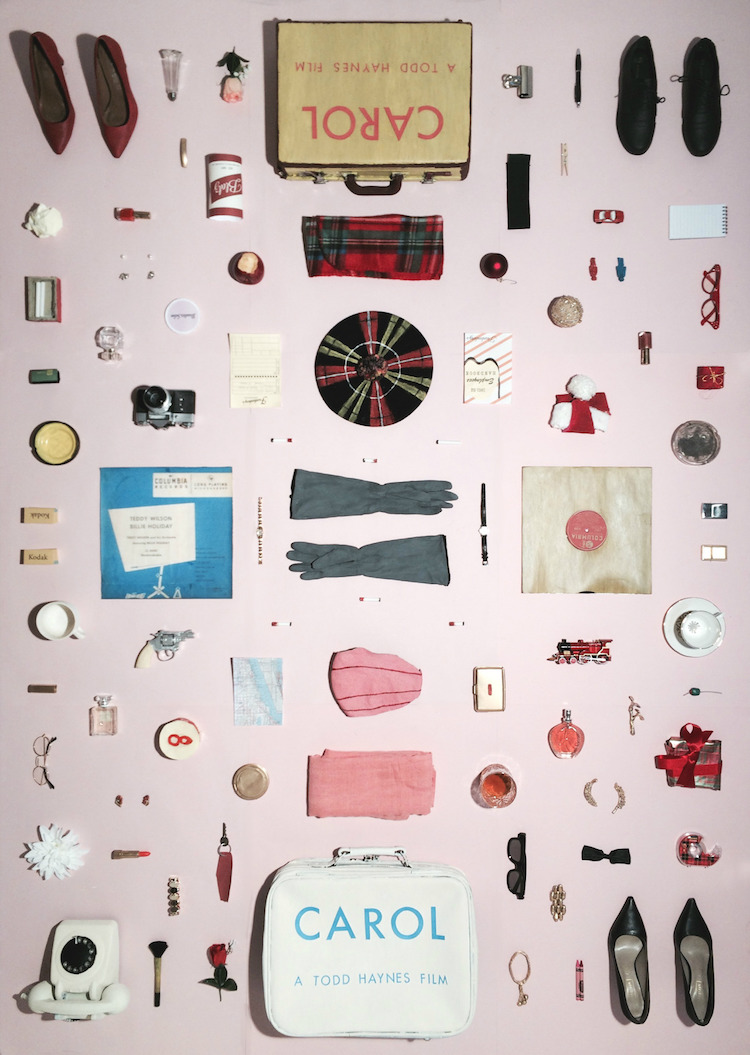 My Modern Met granted permission to use photos by Jordan Bolton.