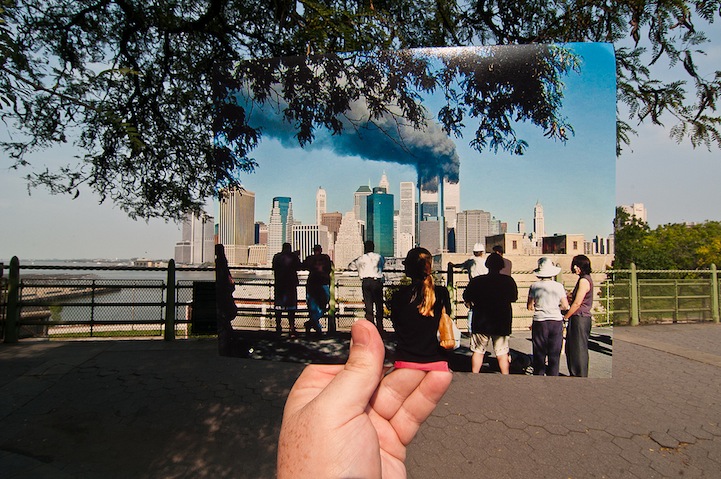 Out of all the art projects that paid tribute to the tenth anniversary of 9/11, this one by Jason Powell really struck a nerve with me. Perhaps it's because we're able to visualize the past tragic event through the forefront photograph, while the background image is from modern day; a time period which so many victims are unable to share with us.

“What I can say about 9/11 is that it marked the transition from childhood to adulthood in my life,” says Powell. “I'm 32 now, and I had just turned 22 when the attacks happened. My life is cleanly split into pre-9/11 childhood and post-9/11 adulthood. I've often wondered what the long term effect will be of a generation of people who equate changing from adolescence into an adult with fear.” 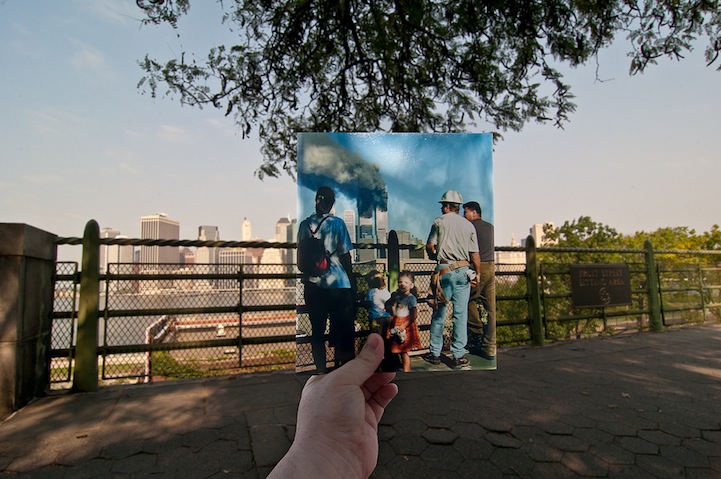 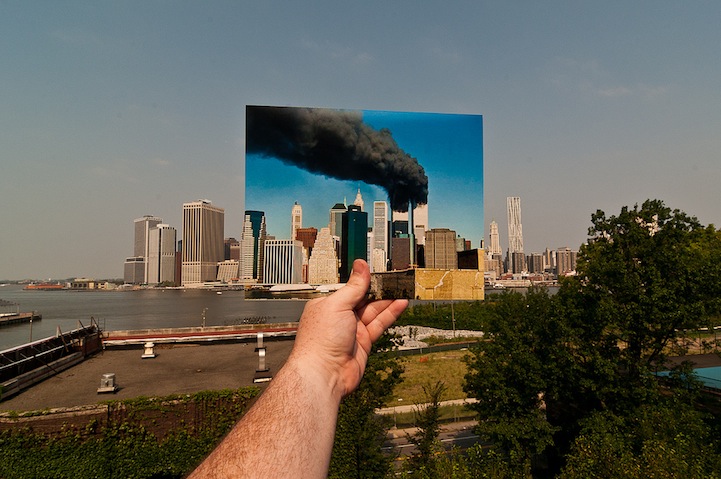 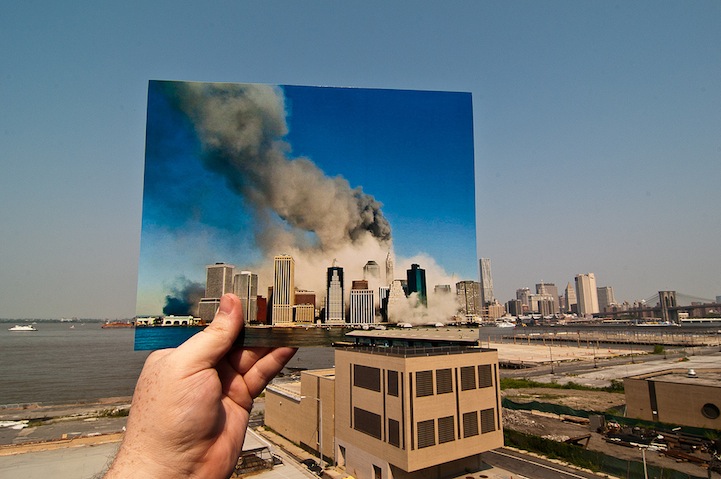 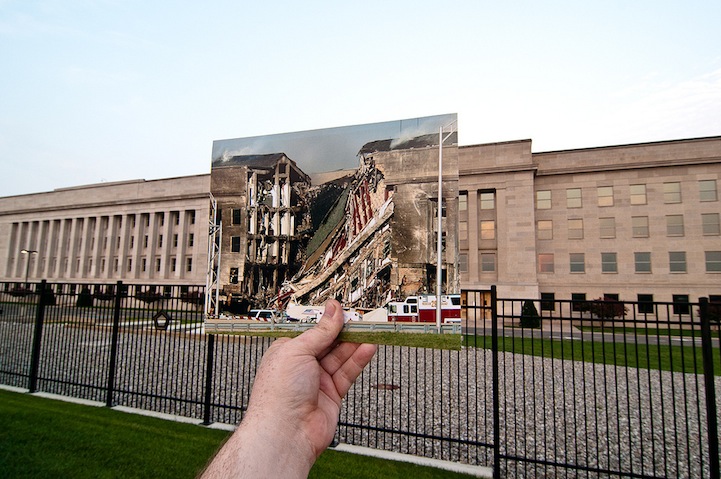 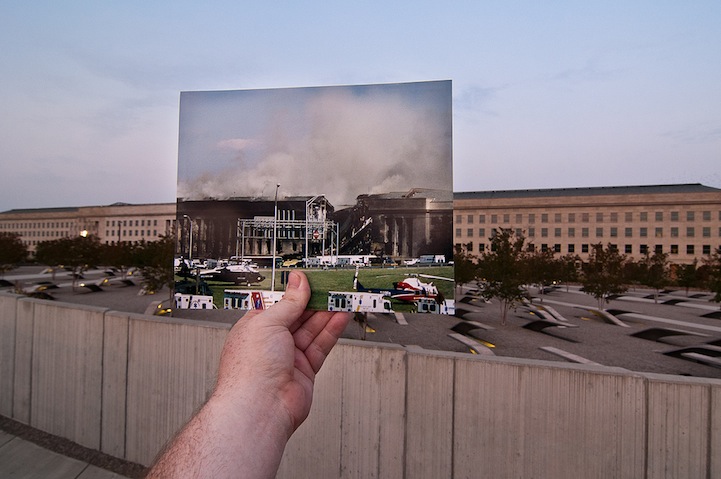