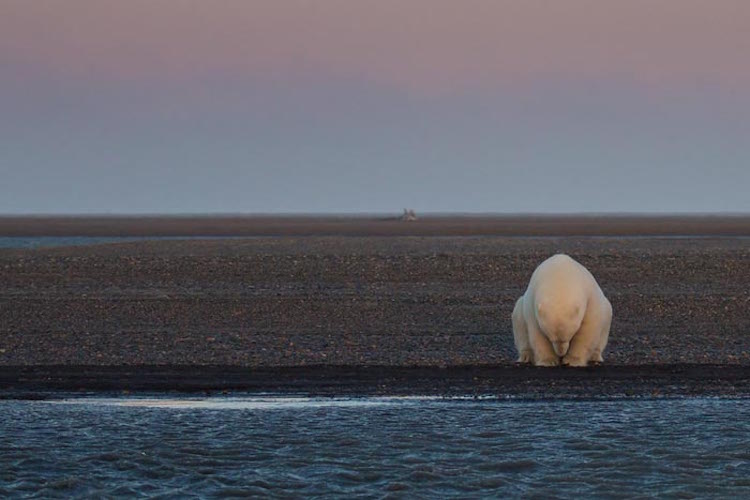 This image, No Snow, No Ice won an honorable mention in the Environmental Issues category of the 2016 National Geographic ‘Nature Photographer of the Year' competition.

When photographer Patty Waymire stepped off a plane in Alaska, she was brimming with excitement at the prospect of shooting footage of polar bears. These majestic animals conjure up images of frolicking in the Arctic waters and rolling in powdery snow. However, such was not the case as Waymire made her way to Barter Island. Located on the Arctic Coast of Alaska, the small island was to be the perfect spot for Waymire to add to her Polar Regions portfolio of work.

It didn't take long for Waymire to realize that her final images would be different than what she imagined—there was no snow. With just 19 subpopulations—with 3 on the decline—these incredible giants are increasingly at risk due to habitat loss. And it's here that Waymire was able to make an impact. Her extraordinary photos demonstrate just how disheartening the change in climate can be for polar bears. Her photograph, No Snow No Ice, which shows a solitary bear, eyes downcast, won an honorable mention in the 2016 National Geographic Nature Photographer of the Year competition for spotlighting this important environmental issue.

We chatted with Patty about her work, her experience in Alaska, and her thoughts on climate change. Read on for our exclusive interview. 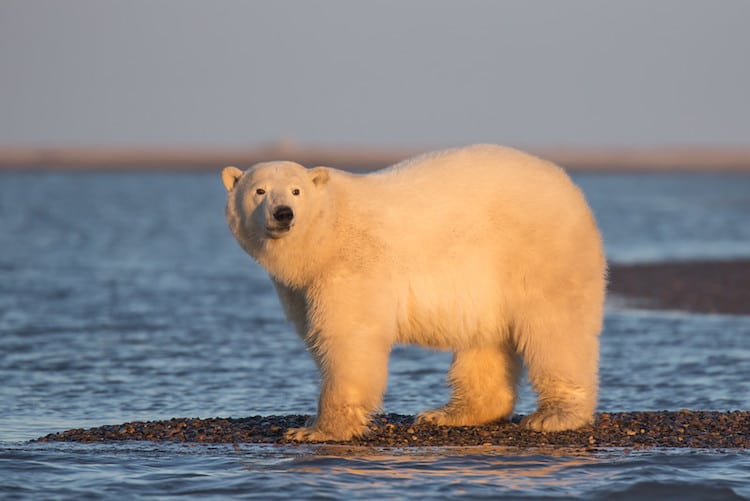 Can you tell us a bit about yourself and your photography?
I've always had an interest in photography and picked up my first camera in the late '80s. I love that photography has taught me to see things others don't typically see and that a great image can give you pause to stop and think. That's what I strive for with my photography. It's still a learning process for me, but one that I thoroughly enjoy.

What draws you to focus your work on nature and environment?
I love being in nature, exploring new places and seeing the world. For the past 2 years I've been focused on the Polar Regions. They have a stark beauty about them, and I want to see these amazing places before the ice melts and they change forever. 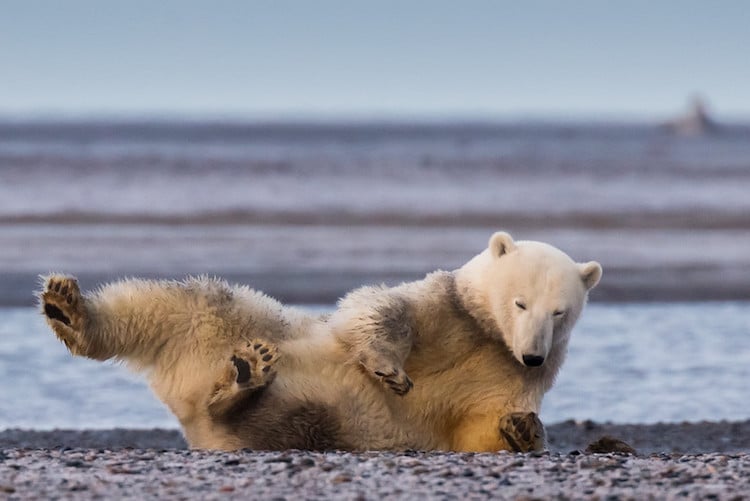 Had you ever been to Alaska before this photo session?

I had not been to Alaska yet, when I photographed there in late September/early October of 2016. As part of my Polar Regions portfolio, it was the next trip on my list.

I had photographed the penguins in Antarctica, and the landscapes of Iceland, so the polar bears were next in this portfolio I am working on. Knowing that their environment was changing, I felt a sense of urgency to head up to the Arctic to photograph them while I still could.

Were you aware there might be issues due to climate change before you went?

I scheduled the timing of my trip to allow me to photograph them in the snow. I did not expect to arrive and see the landscape barren as it was. 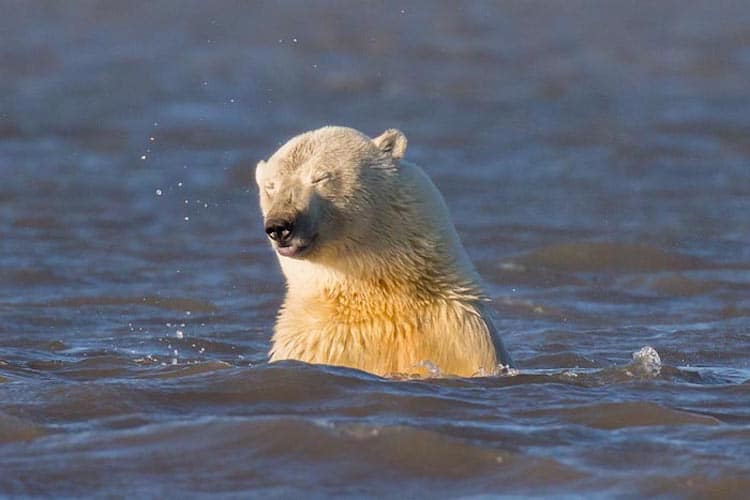 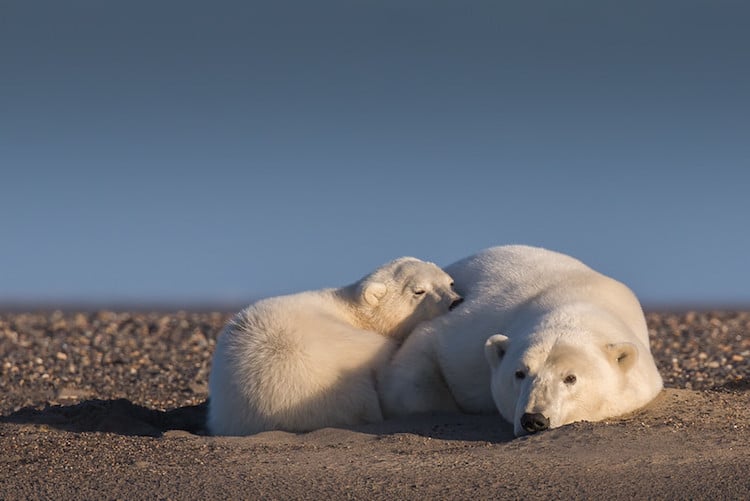 What was the mood in town in regards to the warmer winter? Did people seem concerned?

In speaking with one of the elder residents, he shared that it should have started snowing there already, but that it was warmer than normal. Several of my group even stayed on a few extra days, in hopes of the snow finally arriving so that they could photograph the bears in their natural environment for that time of year. It didn't happen.

How were you able to track down the bears?

We went out on small fishing boats. The polar bears congregate on the Barter Islands, which is a small shoal type chain of islands located in the Beaufort Sea. They are protected on those islands and humans are not allowed on them. We spent our days photographing them from the small boats, and weren't allowed closer than approximately 30 yards to them. 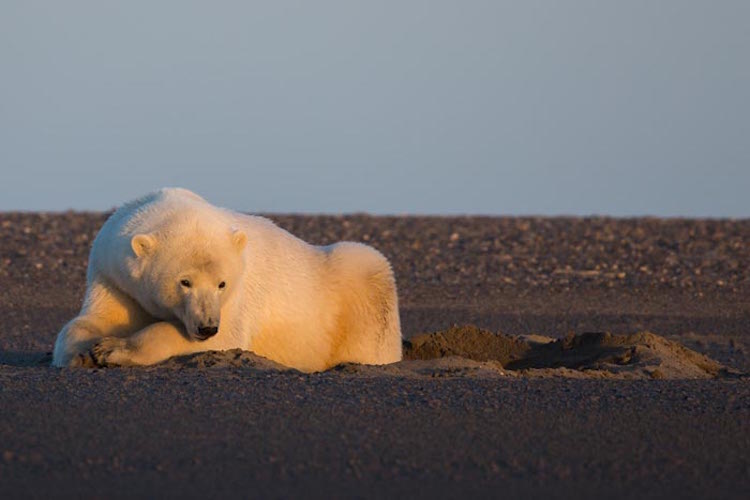 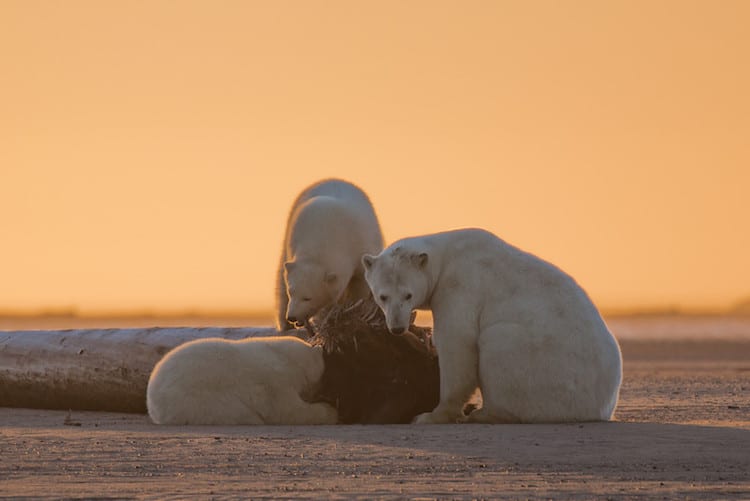 How long did you spend on the shoot and what equipment did you use?

I spent 5 days there, shooting for 4 hours a day, twice a day during sunrise and sunset. I took these images with my Canon 5D Mark III, and primarily used my 100-400mm lens.

Can you give us your impressions when you first saw them without their usual natural habitat?

I was sad about it, as I had hoped to photograph them in snow. The trip dates were scheduled around that time of year, for that reason. It was on this trip, that I fully realized that climate change wasn't something that was coming, it was something that was already here. 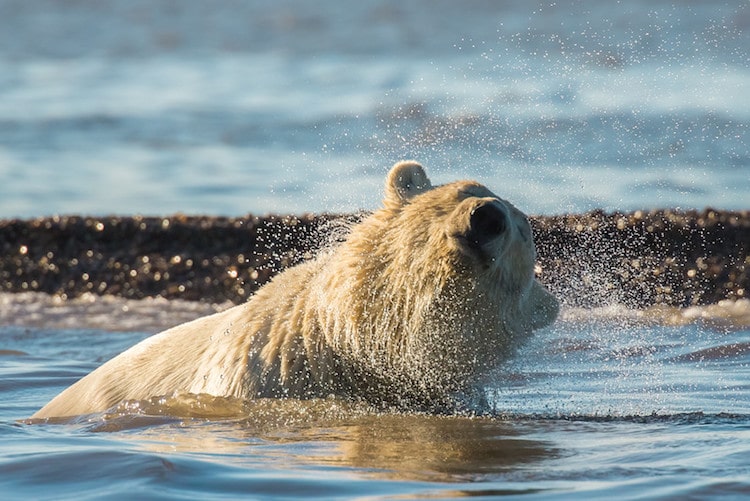 When did you realize you had a special story on your hands?

From time to time, I post my images to National Geographic's “Your Shot” photography community. When I returned from this trip, they were asking the group to submit photos that depicted climate change. I knew immediately that I had something to share, so I submitted two of my polar bear images from that trip. They selected one of them to run with the “Climate Change – In Focus” assignment.

Of the thousands that were submitted, 25 images were selected to run with this assignment. Those images also went on to be included in the photo exhibit on climate change that were shown during the Climate Change Summit in Morocco in November. It was during the Summit, that media outlets covered the exhibit and my image received notice on a broader scale. It seemed to resonate with people and took on a life of its own after that. 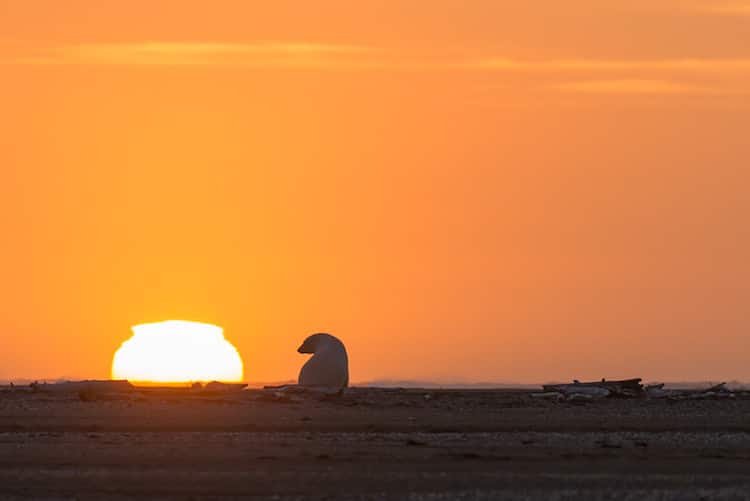 Can you talk to us about the role of climate change in what you do as a photographer?

In all honesty, much of my photography has been around seeing these amazing places, in their current state, before they disappear as we know them. It wasn't until my trip to Alaska, that I realized we are already having a larger effect than I fully realized. It did help shape how I want to photograph moving forward though. By serendipity, my polar bear image became an icon for climate change, and I realize now, that this is the direction I need to continue in. 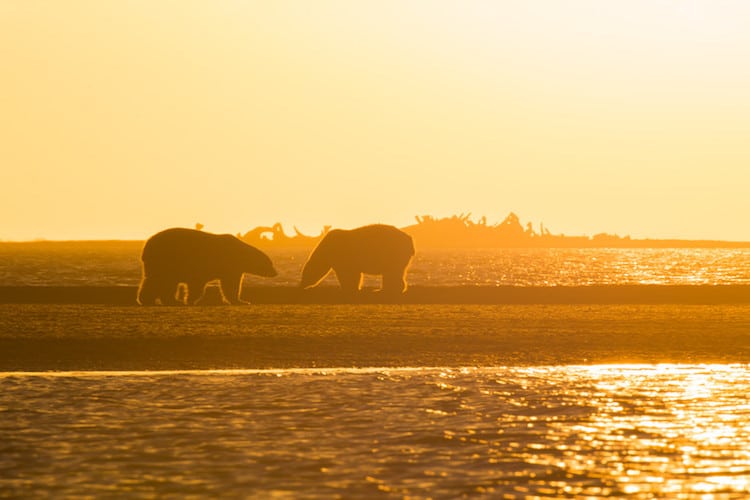 What do you hope people take away from viewing your images?

My hope is that people will gain a deeper understanding of what is already happening to our planet, and will feel a sense of urgency in what we do moving forward. I've heard repeatedly that people refer to my image as “the saddest polar bear in the world.” It has resonated with people, and has got them talking. And that's a good start. 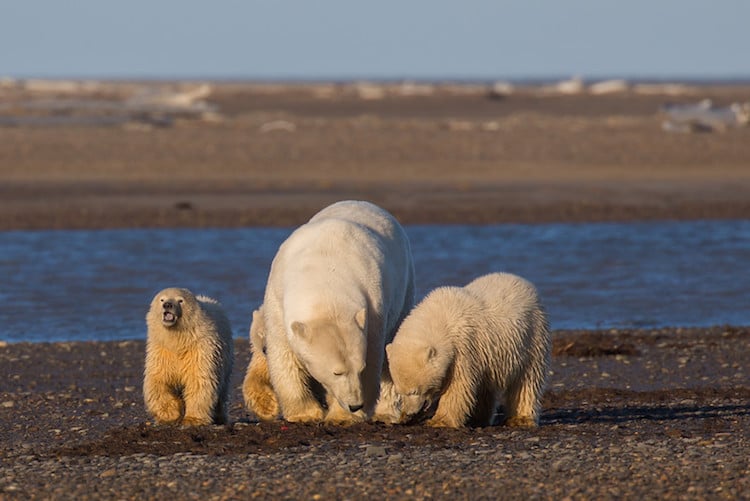 What would you say to people who don’t believe in climate change?

All anyone has to do is spend some time reading the literature, doing their own research, looking at images from around the world, to see that it's real, to see that it's happening now, and to understand that we need to become active and engaged…NOW.

I applaud President Obama’s recent decision to halt drilling in the Arctic Ocean, in the very place I photographed the polar bears, I also applaud his December 20th announcement that his administration is moving to permanently ban offshore drilling there. It is bold steps like these that are needed and make a difference.

I care deeply about the kind of future we are leaving our children. I hope that President-elect Donald Trump, as he boards his own planes, will move outside of his comfort zone, go see the Arctic and understand, as President Obama does, why this incredibly special place must be protected. 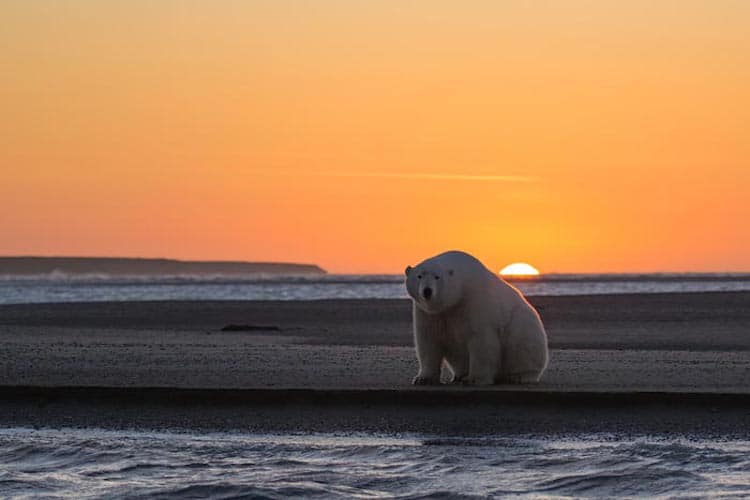 My Modern Met granted permission to use photos by Patty Waymire.