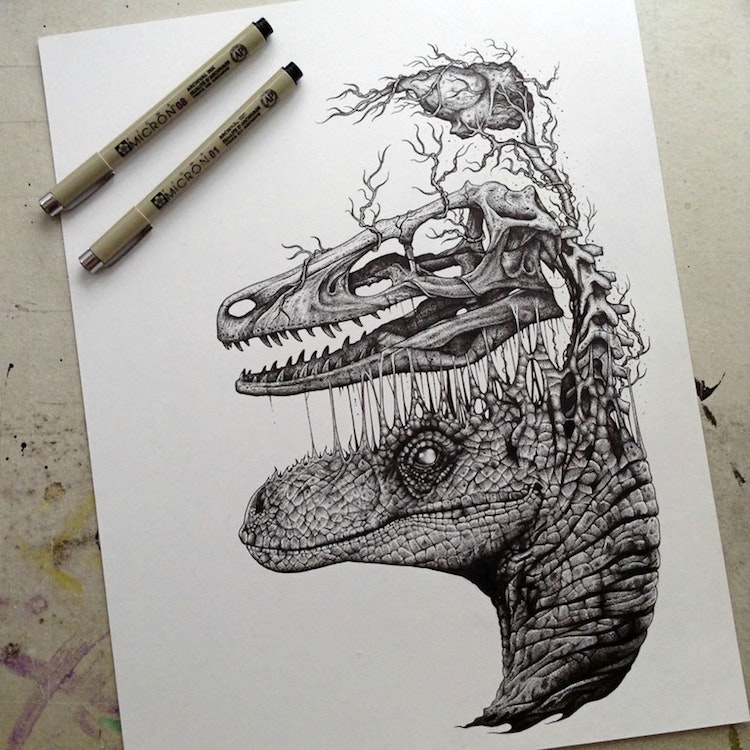 If you like art with an edge, you'll love Paul Jackson‘s illustrations. The British artist, now based in Canada, is a skilled illustrator whose impressive client list includes Primus, Blink 182, The Pixies, the SyFy channel, and Gibson Guitars. Whether using pen and paper or employing a scratchboard technique, his creativity often combines the anatomy of living and dead animals for an eerie effect.

Jackson considers himself a mixed media artist who uses all tools available to him, though he primarily sticks to pencil and fine liner pens. His illustrations often leap from the paper, finding themselves transformed into T-shirt, posters, screenprints, and even embossed on snowboards. Given their moody vibe tinged with a rock and roll edge, it's no wonder that music has always been a big part of Jackson's life.

“I began getting into art at a young age—I was always listening to music when I was drawing as a child—mainly movie soundtracks actually,” Jackson tells My Modern Met. That, of course, progressed into rock and roll as I grew older and the world got its hold on me. I remember first learning to play the drums with two giant paint brushes, which perfectly encompassed the next 20 years of my life—art and drums. I enjoy collaborating with musicians because I am a musician. I like finding the connection between art and music—music inspires me to draw. As a full-time artist these days I again listen to a lot of movie soundtracks when I work—they really inspire me and set a great atmosphere for thought and concentration.” 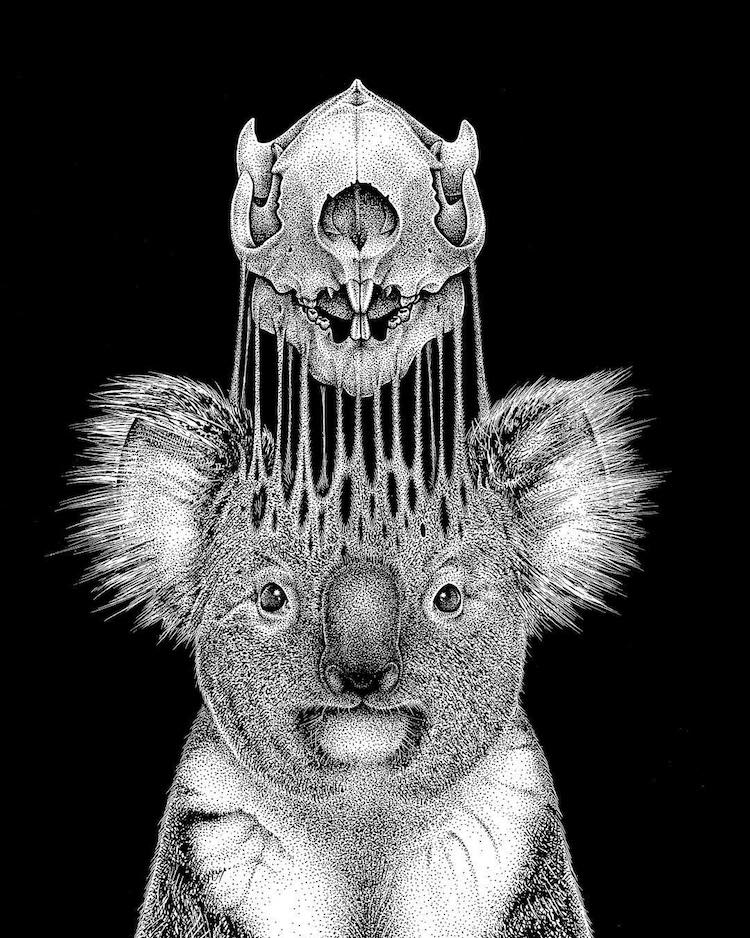 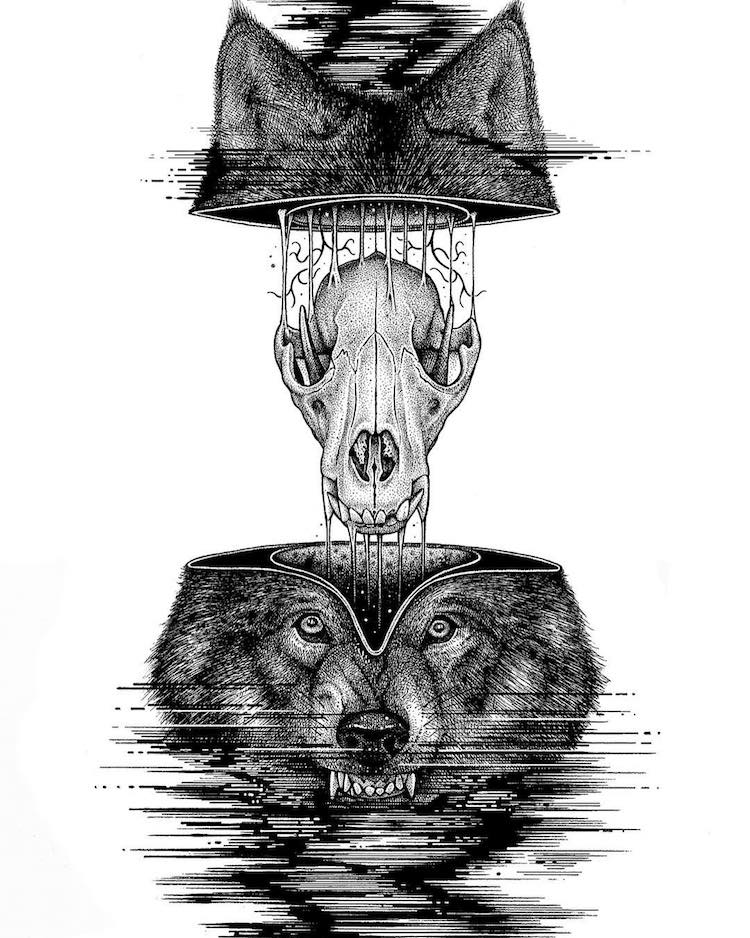 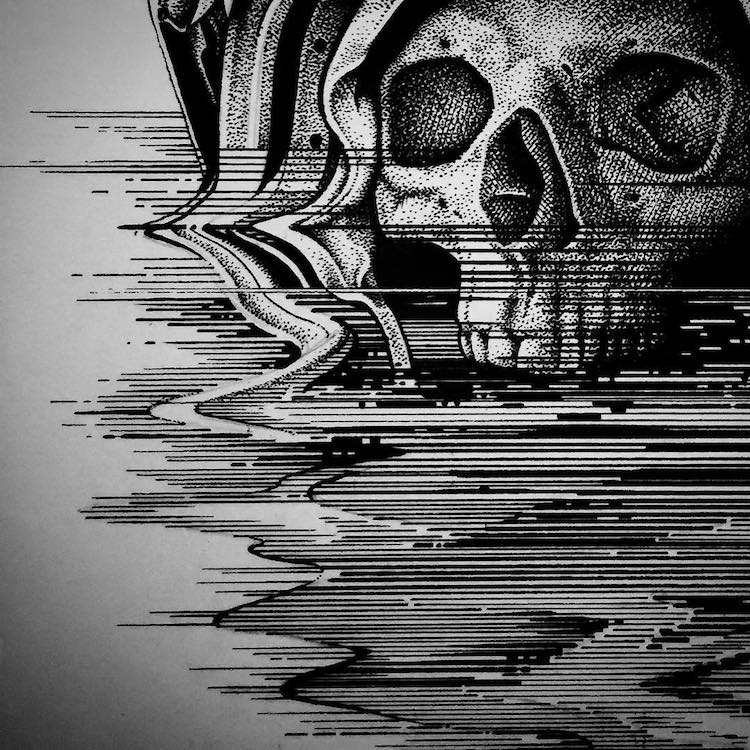 Jackson's interest in animals and anatomy shines through in his pen illustrations, where he attempts to bring a new perspective on the subject. Not completely fiction, yet not totally anatomically correct, the work forces viewers to observe carefully, taking in the details and separating out the worlds Jackson meshes together. For inspiration, Jackson spends time researching in book and online, but his aim isn't to be fully accurate more than put forth the illusion of accuracy.

If you're interested in his creative process, Jackson occasionally posts live drawing sessions to his Instagram, while you'll find drawings, prints, and more for sale through his official store. 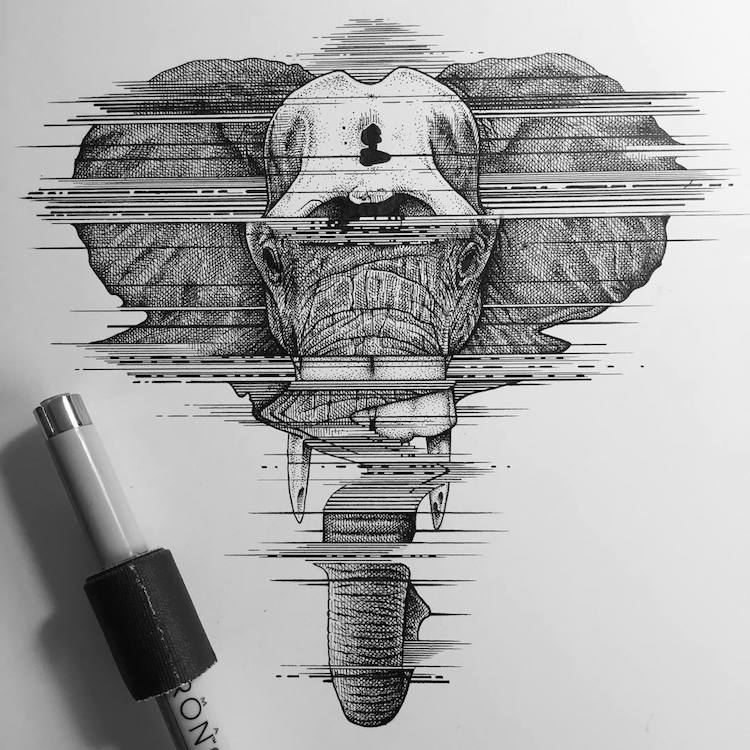 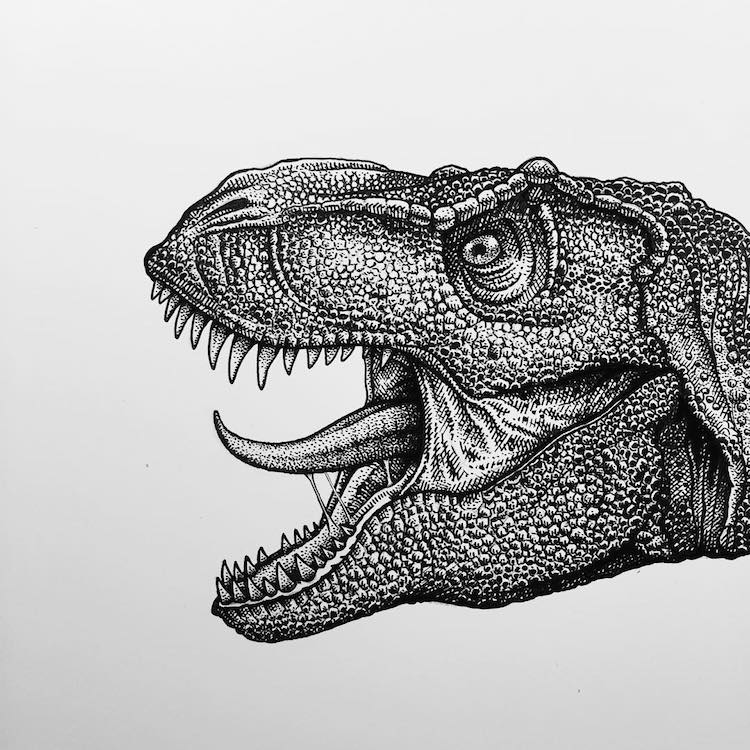 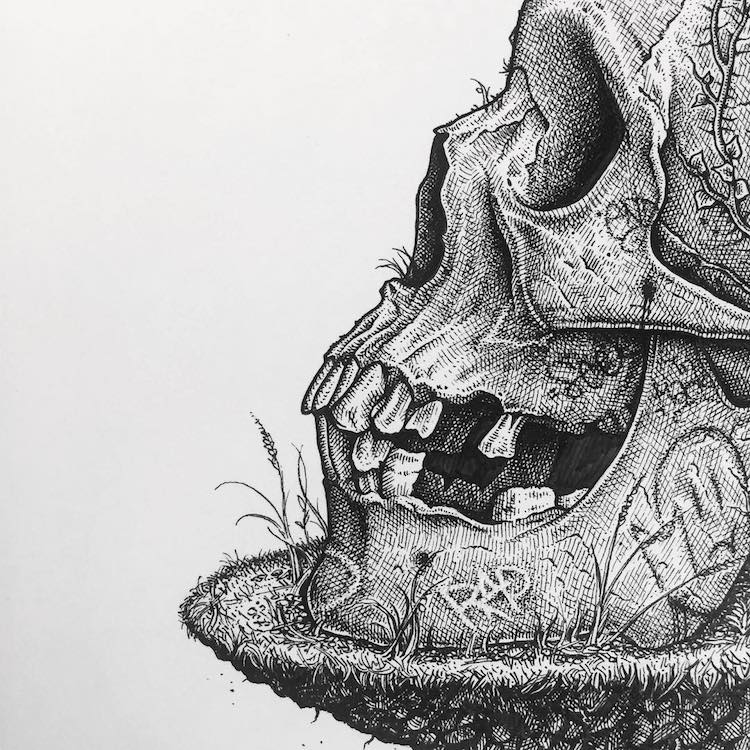 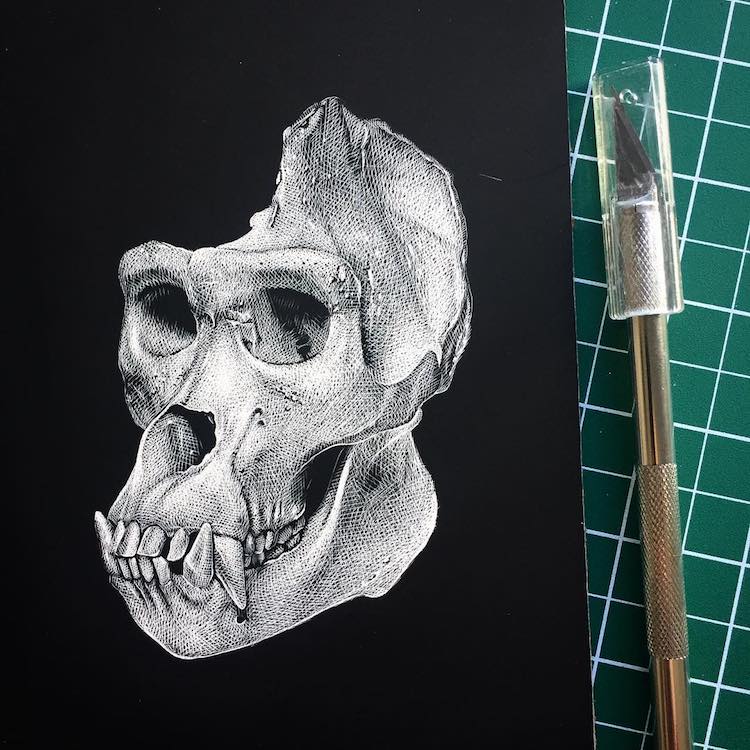 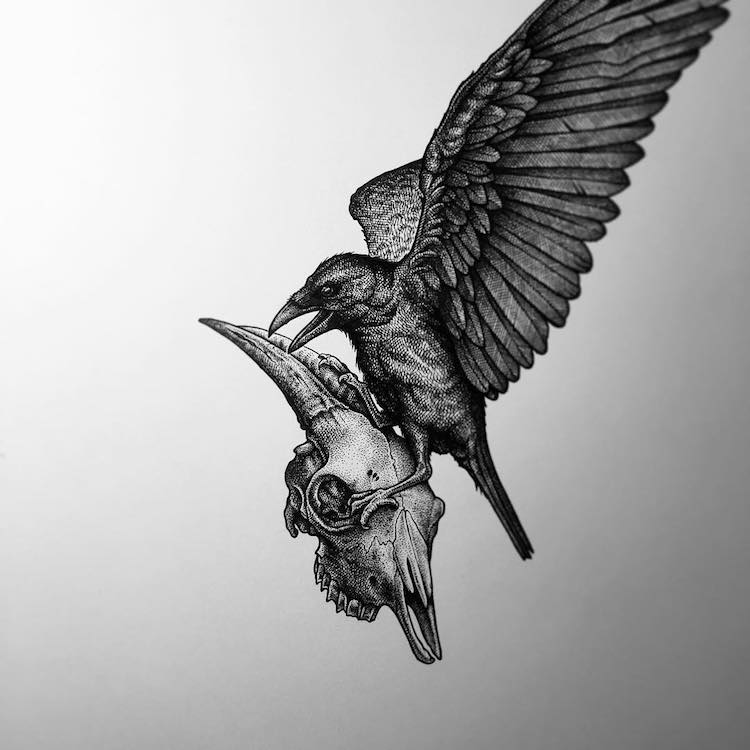 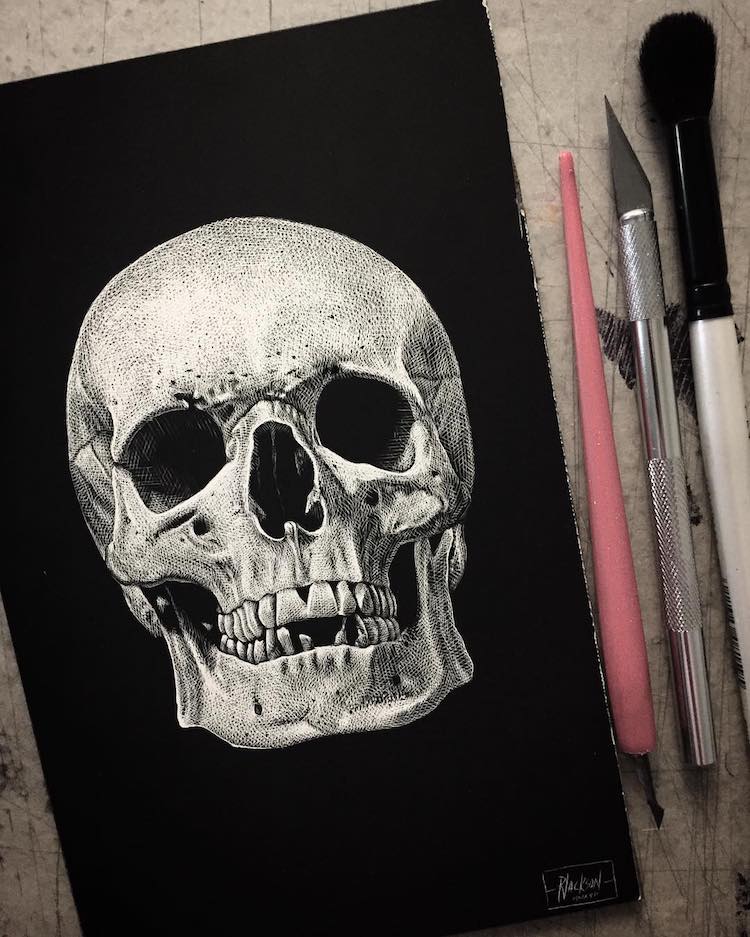 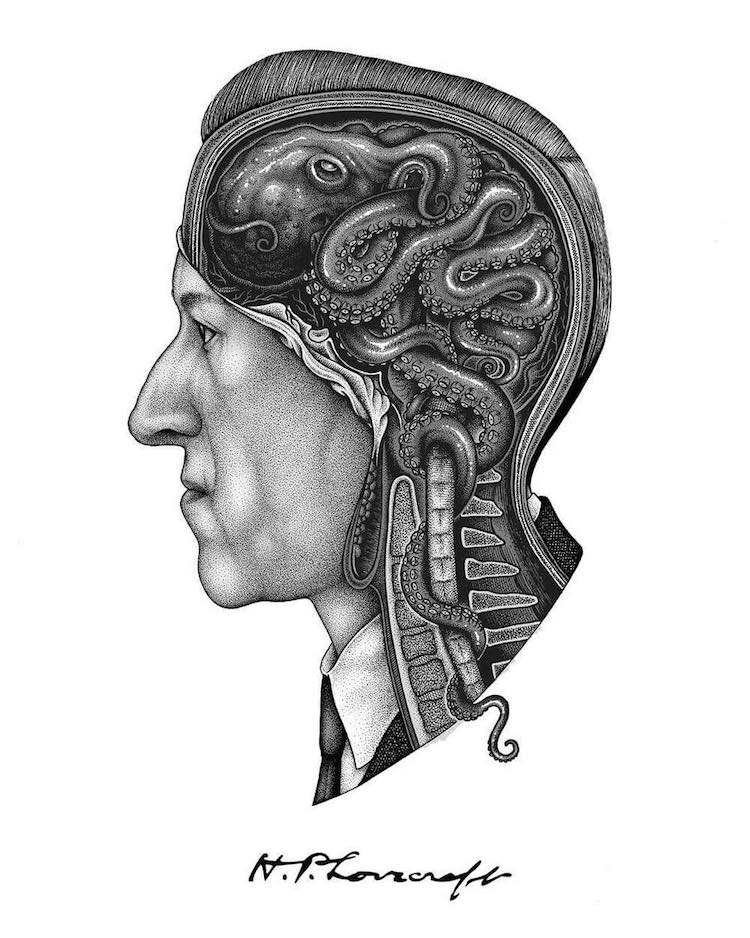 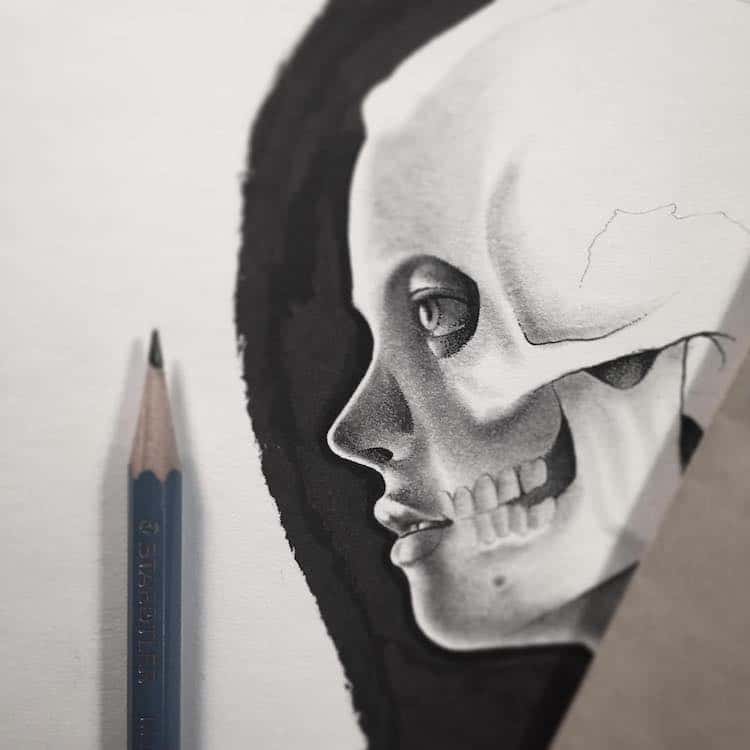 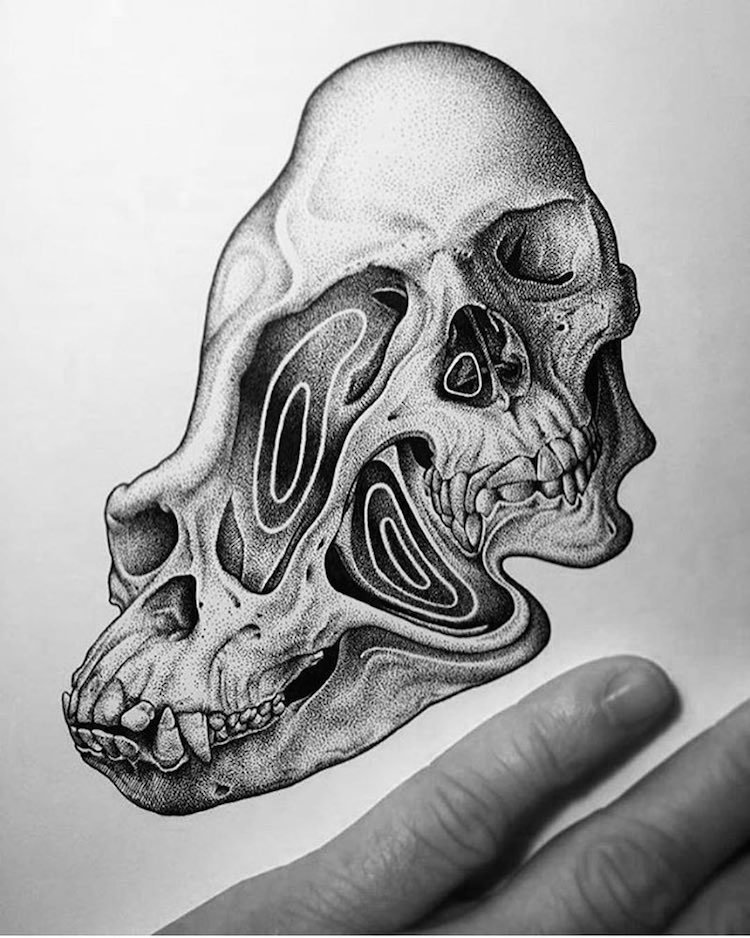 Jackson is greatly influenced by music and has collaborated with many well-known musicians.

I was asked to create the show print for @pixiesofficial tonight at Massey hall! Needless to say it's an honour. I'll have these variants up for sale tomorrow in my store. Thanks as usual to @mrtsurt for orchestrating. #pixies #pauljackson #pauljacksonlives #masseyhall #glitch #glitchart #skull #decor #bluejays #canada #gold #metallics #limitededition #screenprint #screenprinting

Here's a little ‘rough to render' of the @primusville show print from lastnight. They sold out pretty quick at the show but I will have some available in my store next week alongside some sweet variants… #primus #pauljackson #pauljacksonlives #skull #primussucks #retro

It's SO bright – I love it. Official print for @blink182 for the show in Manchester tonight – I'll have some available over the weekend. The foil ones are insane – I'll post it soon. #pauljackson #pauljacksonlives #blink182 #screenprint #showprint #showposter #art #artist

The final guitar for @slash with all the trimmings! Many thanks to @vh1savethemusic for all the great work they are doing and for including me in this awesome project. #savethemusic #slash #pauljackson #vh1

My Modern Met granted permission to use photos by Paul Jackson.