Hand-Carved Wooden Sculpture of a Monk Distorted by Glitches 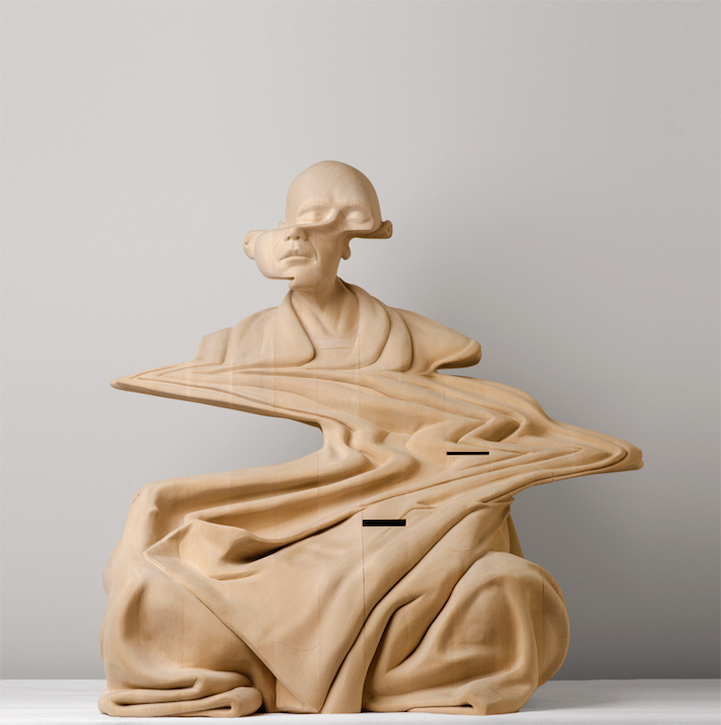 Perth, Australia-based artist Paul Kaptein explores themes of emptiness and time in his new sculpture titled and in the endless sounds there came a pause. Hand-carved from jelutong, a Malaysian wood, the work depicts a monk-like figure sitting in a meditative pose, his body and features distorted by a powerful and visually arresting “glitch” effect.

“My works in themselves are deliberations on time, mediated through the synthesis of divergent temporal phenomena,” Kaptein tells us about this piece. His statement continues, “This work considers two strategies for disrupting the flow of temporal perception. The first can be seen as a mental process, as a way of sitting outside time (meditation), while the second refers to the kind of glitches encountered when pausing or stretching tape based media, as a method of controlling time. Both suggest the extension and distortion of a single moment, and point to the dichotomies between various models of time and and how these consider the present.”

We had the opportunity to ask the artist a couple of questions about his work. Be sure to read that exclusive interview, below. 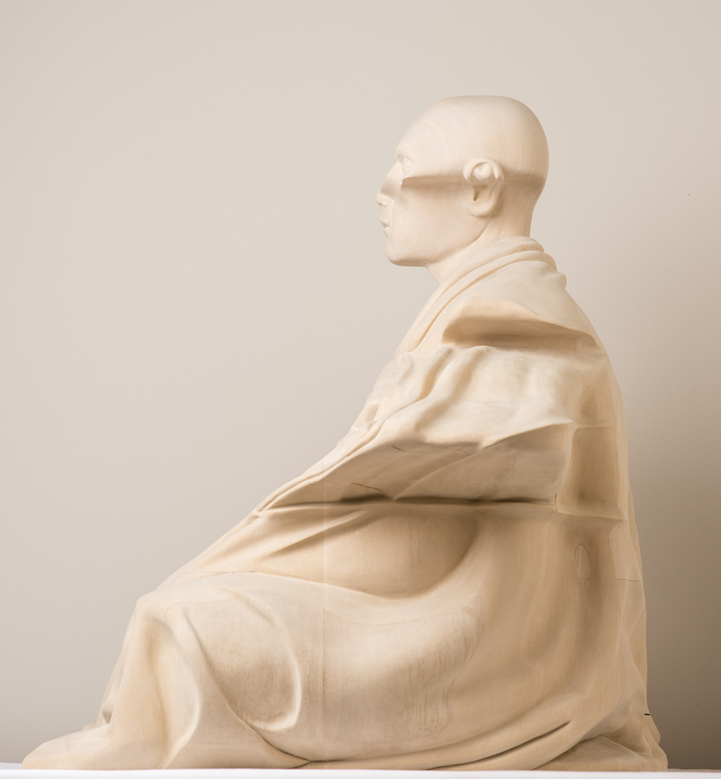 What inspired you to create this piece?

I'm currently exploring themes of Emptiness and Time. This work looks at how we locate ourselves within the present moment and how that may be extended or overcome. There is a theory in Zen Buddhism that suggests the thinking mind is bound to time and therefore ignores the present or the Now, while western Philosophy suggest the Now can't exist at all. So the work looks at these dichotomies.

We love the distorted/glitchy effect. Can you tel us more about that?

Woodcarving as a process is slow and generally in opposition to the current need for immediacy, it is also an ancient craft so I'm juxtaposing that to contemporary concerns of technological intervention–ancient and modern collide in a way. The glitch effect also ties into the notion of Emptiness by undermining the solidity of material.

Thanks so much for the interview, Paul!