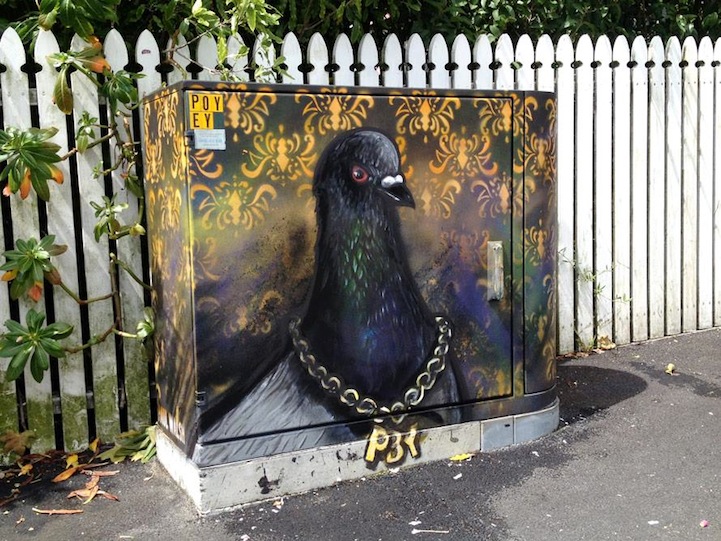 Auckland, New Zealand is being transformed, one utility box at a time, by artist Paul Walsh. After gaining local recognition for a Grumpy Cat mural he created, the gifted illustrator and web designer was approached by Chorus (a company that operates New Zealand's phone network) to beautify their DSL Cabinets. Without any actual compensation to offer, Walsh launched a PledgeMe campaign to fund his efforts.

Despite setting a modest goal of $350, backers managed to raise $1,300 for the artist to take some time off from his day job and devote those hours to turning the normally big, green boxes that sit in public areas into eye-catching works of art. So far, the artist has spray painted five of the utility boxes with each one taking anywhere from two to five hours to complete. He plans to leave his artistic mark on ten to fifteen more throughout Auckland. 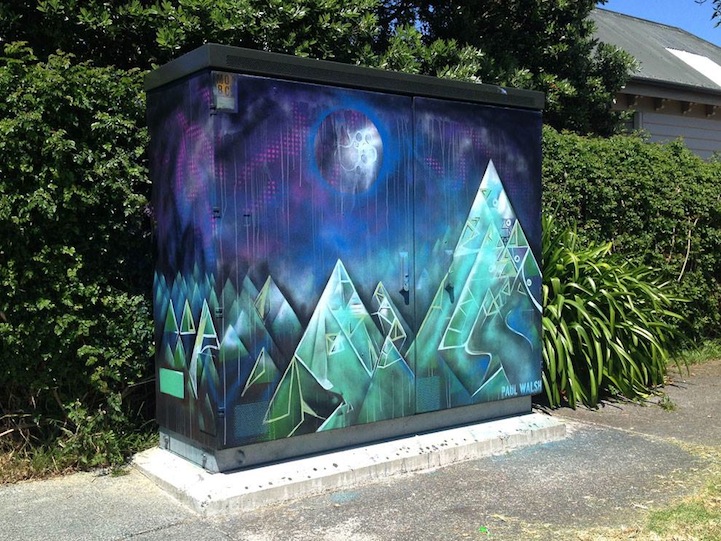 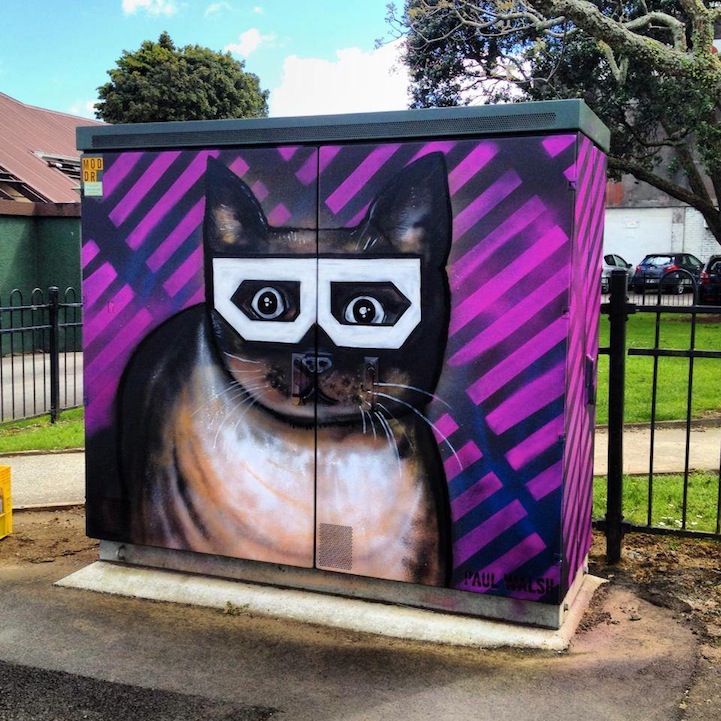 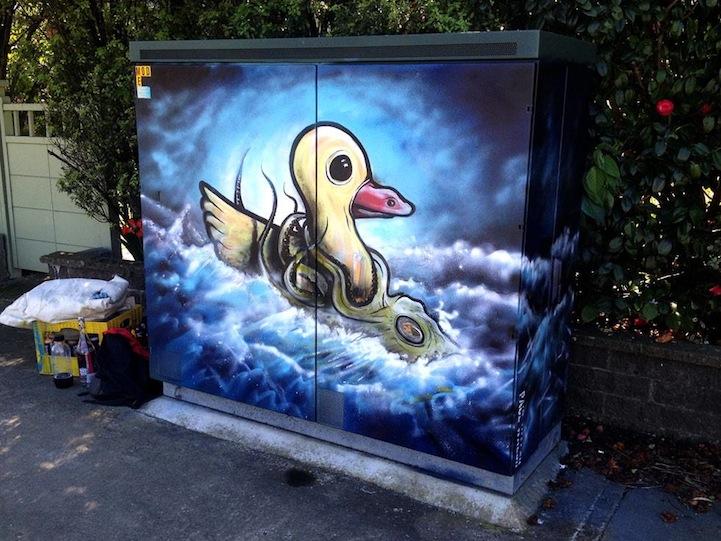 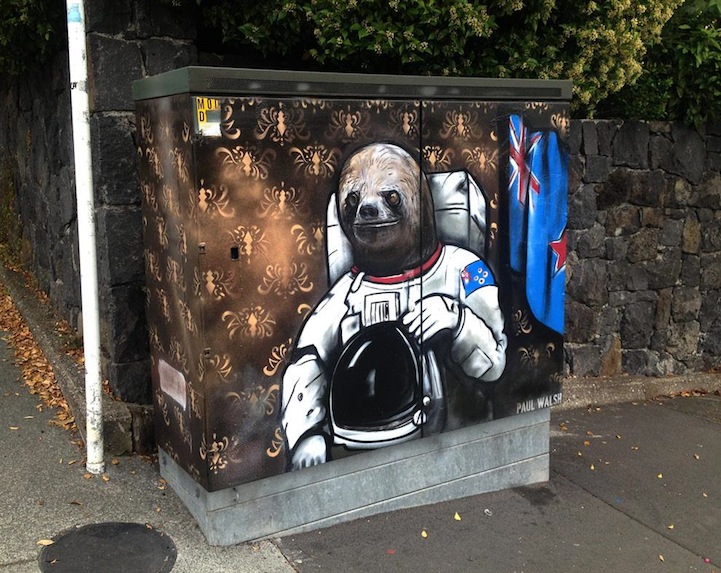