Awesome Threaded Bat Signal Shoots Out of Spray Can 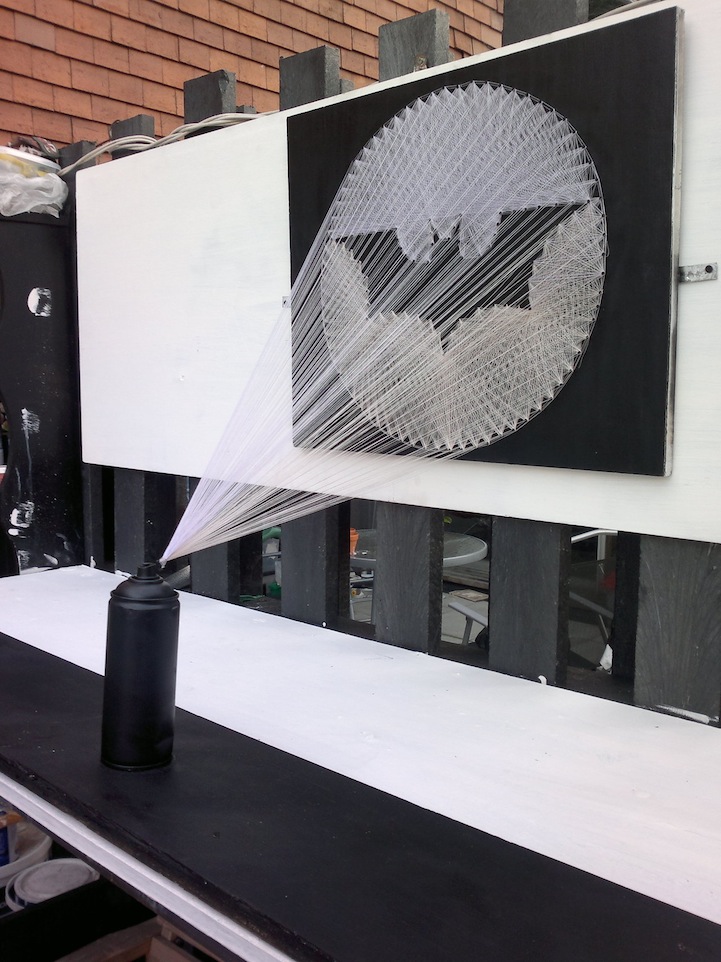 Graffiti artists and Batman fans alike will get a kick out of artist Perspicere's latest creation simply known as BATMAN. The sculptural installation depicts a black spray can shooting out the widely recognized bat signal that is typically a strong beam of light shot into the night sky as a distress signal, calling for the aid of the nocturnal superhero.

The three-dimensional thread work is a remarkable alternative to the night sky spotlight we're used to and exhibits some serious skill. The experimental work uses a mathematic technique to create the bat symbol by filling the negative space with thread woven into geometric patterns. Visually, it's a treat to look at, but practically, Gotham would be in a lot of trouble if they were to adopt this method of reaching the Dark Knight. 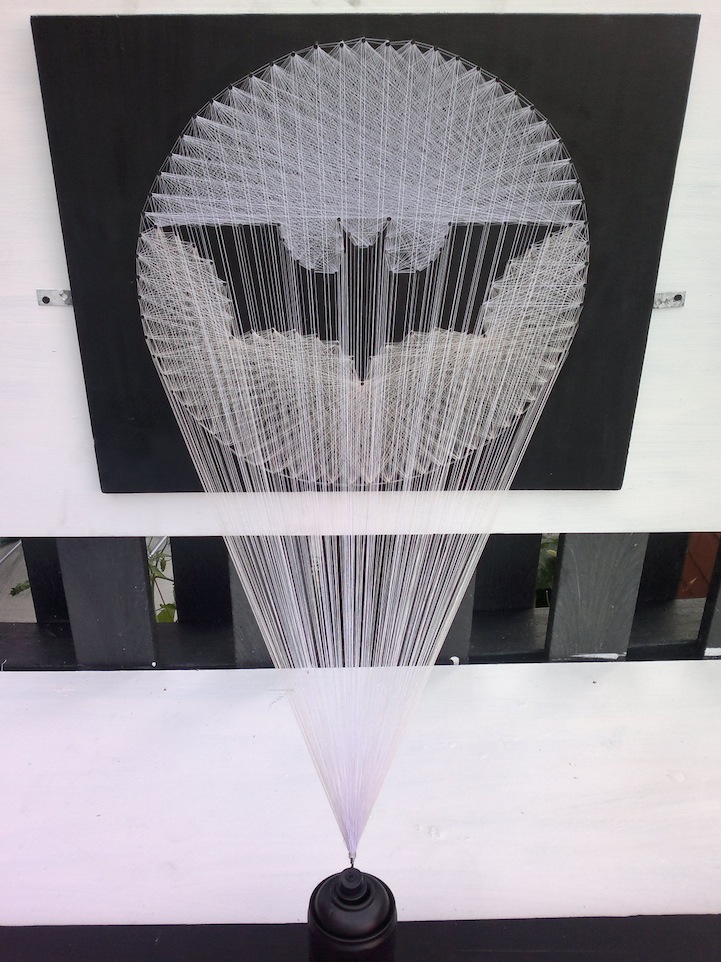 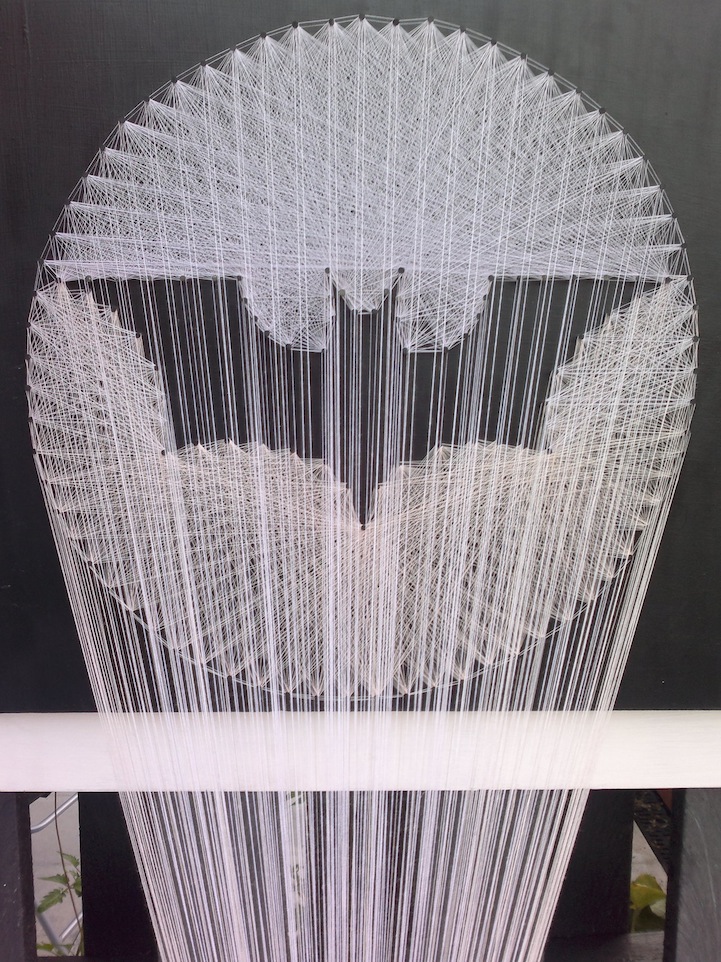 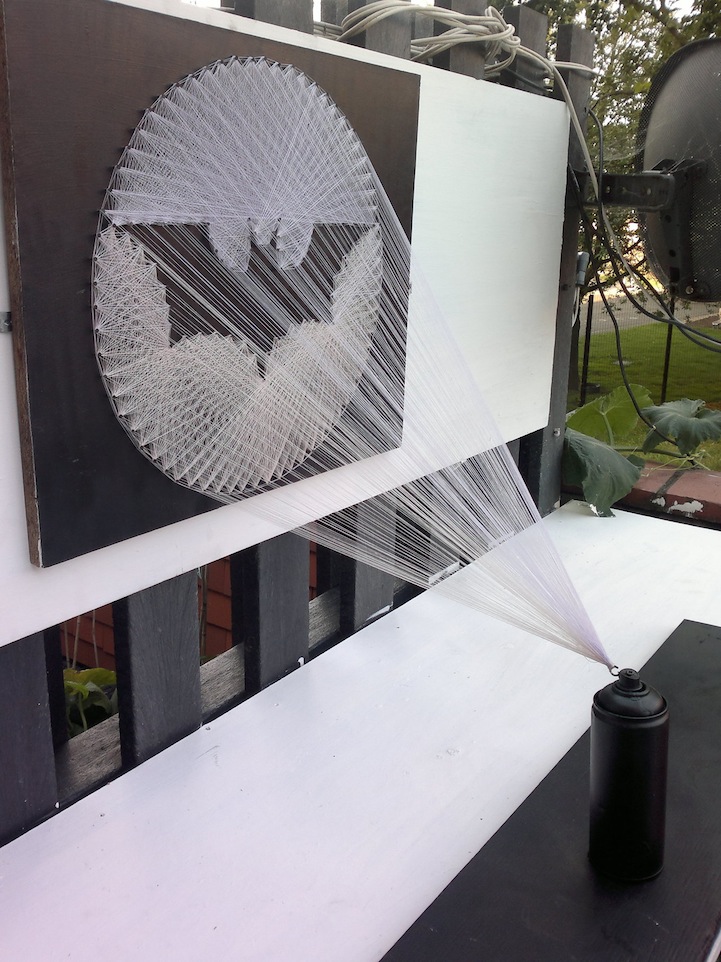 Perspicere on Tumblr
via [Lustik]