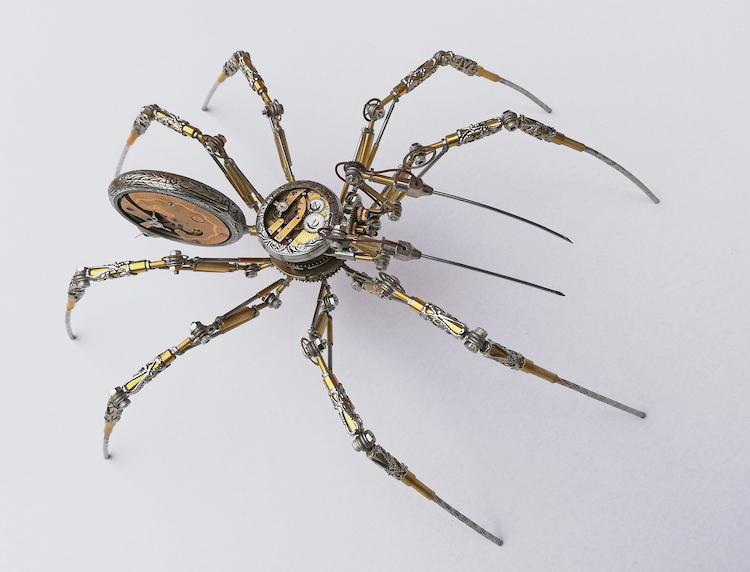 After working in the game development industry as an art director and lead designer for 25 years, Hungarian illustrator and designer Peter Szucsy decided it was time for a change. He spent years bringing his imaginative monsters and creatures to life in a myriad of fantastical virtual worlds, but it was finally time for him to create something in the physical world. Instead of working with pixels and vector graphics, Szucsy turned to metal, using pieces sourced from antique watches and other found objects to fabricate intricate steampunk spider sculptures.

“I never make a concept,” Szucsy tells My Modern Met. “It would be totally impossible because every detail depends on what I find in the flea markets. All the design process happens there. Sometimes I just stand with something in my hand, and I wonder how I could use them in my works, what could be made of them.” Being that he occasionally finds quite rare and expensive antique pieces—sometimes even still in working order— the artist is careful to avoid taking apart anything too precious, admitting that he sometimes feels like he’s “a watch killer.”

“How many watches or watch movements do I have?” Szucsy asks anecdotally. “Around 300, but it’s still not enough. It’s hard to collect every necessary part for the creatures—matching in style, material, and color.” Still, that’s no deterrent to Szucsy’s creativity, and it seems we can expect many more steampunk creatures from the artist. “I really enjoy the handmade creation,” he admits. “I don’t plan to return to my computer.”

To see more of Peter Szucsy’s work, visit his website or follow him on Instagram. You can also purchase one of the artist’s incredible steampunk spider sculptures for yourself by visiting his shop. 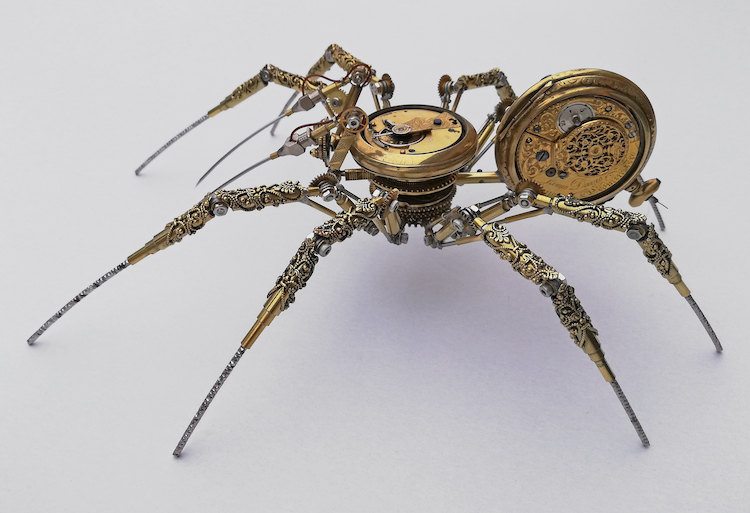 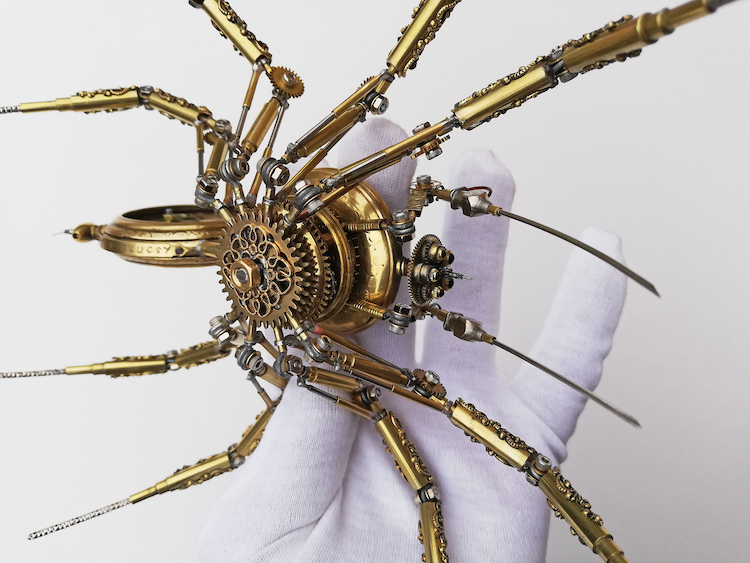 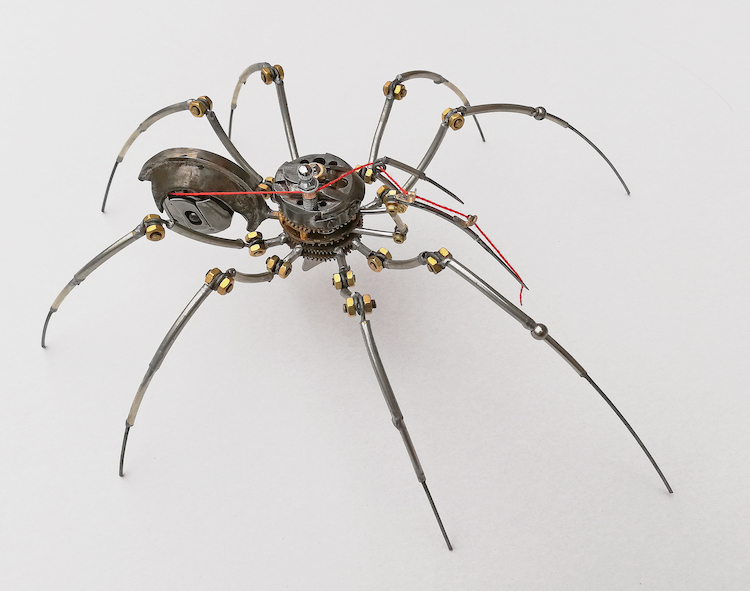 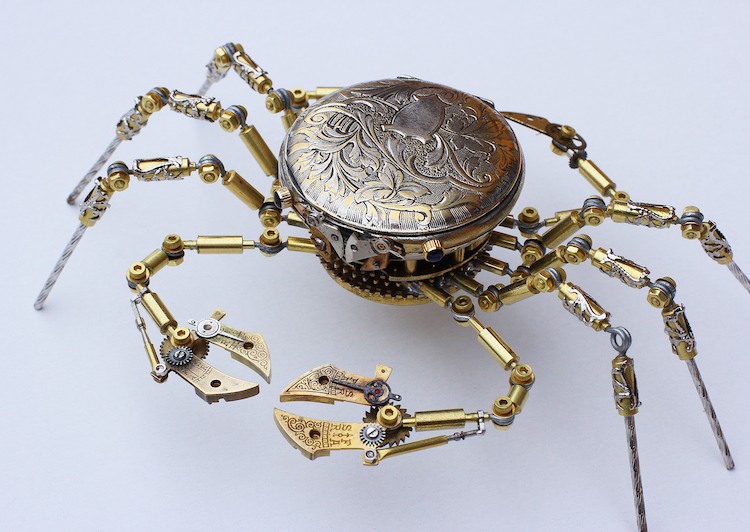 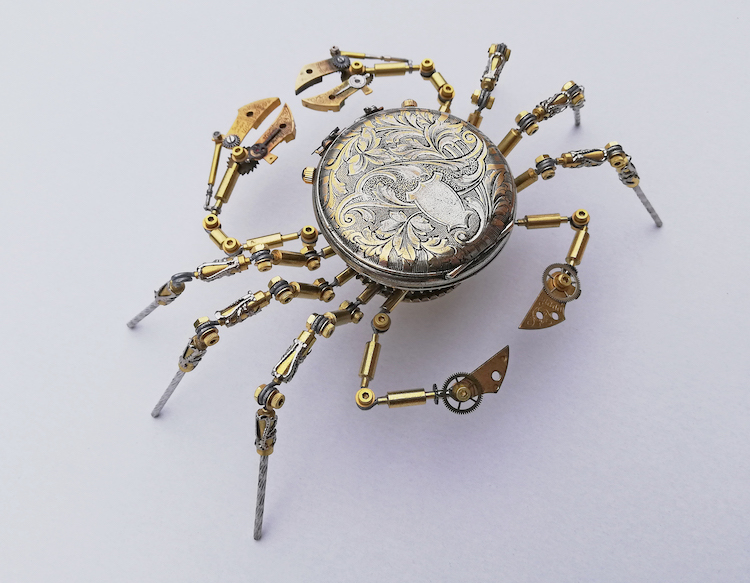 After working as an art director and lead designer in the game development industry for 25 years, he decided it was time to bring his creations to life in the real world. 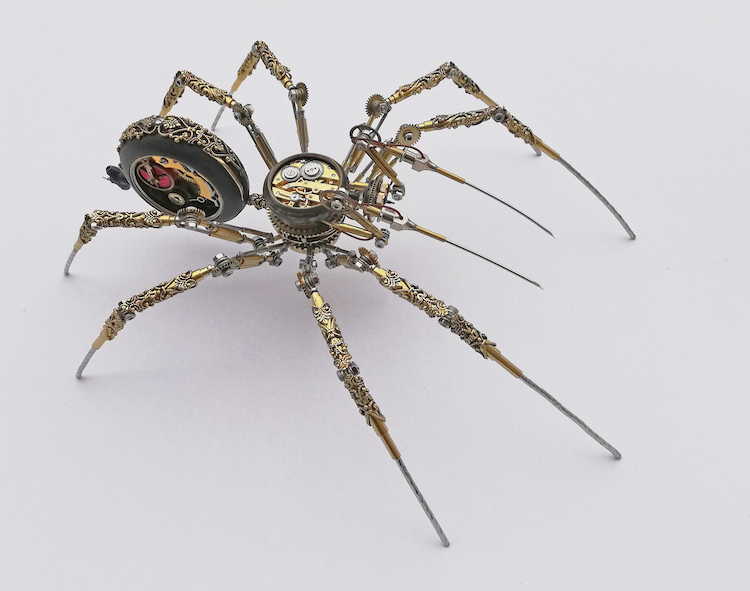 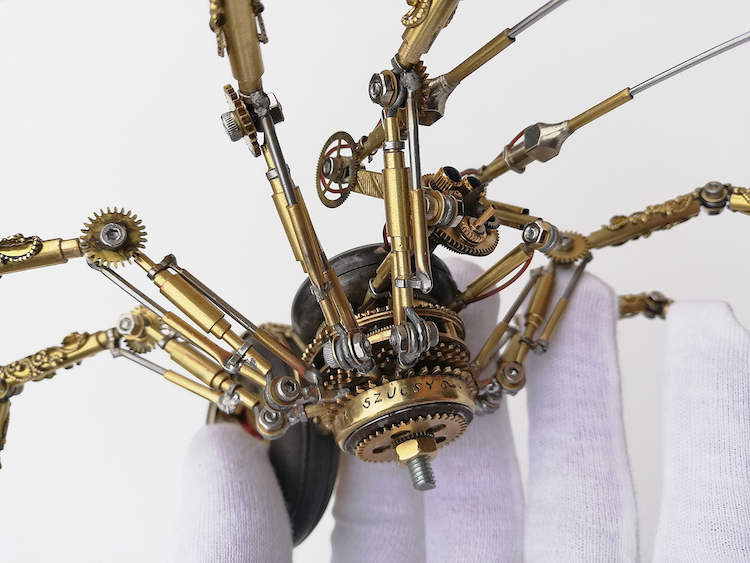 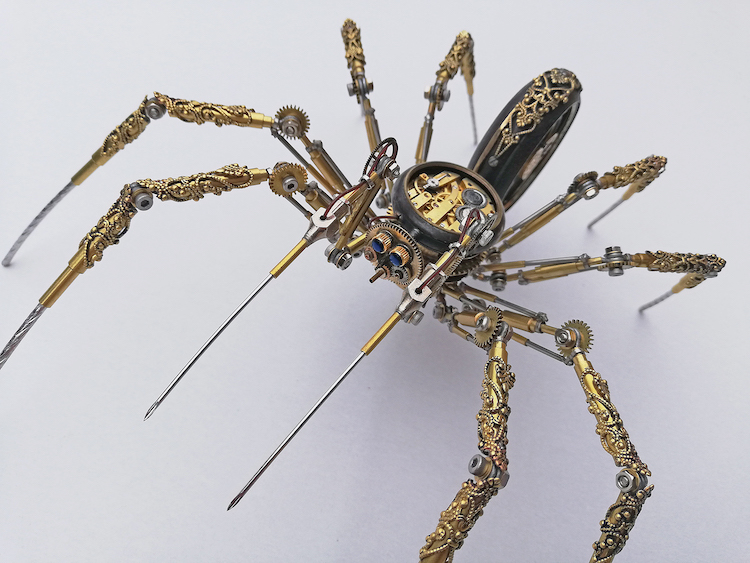 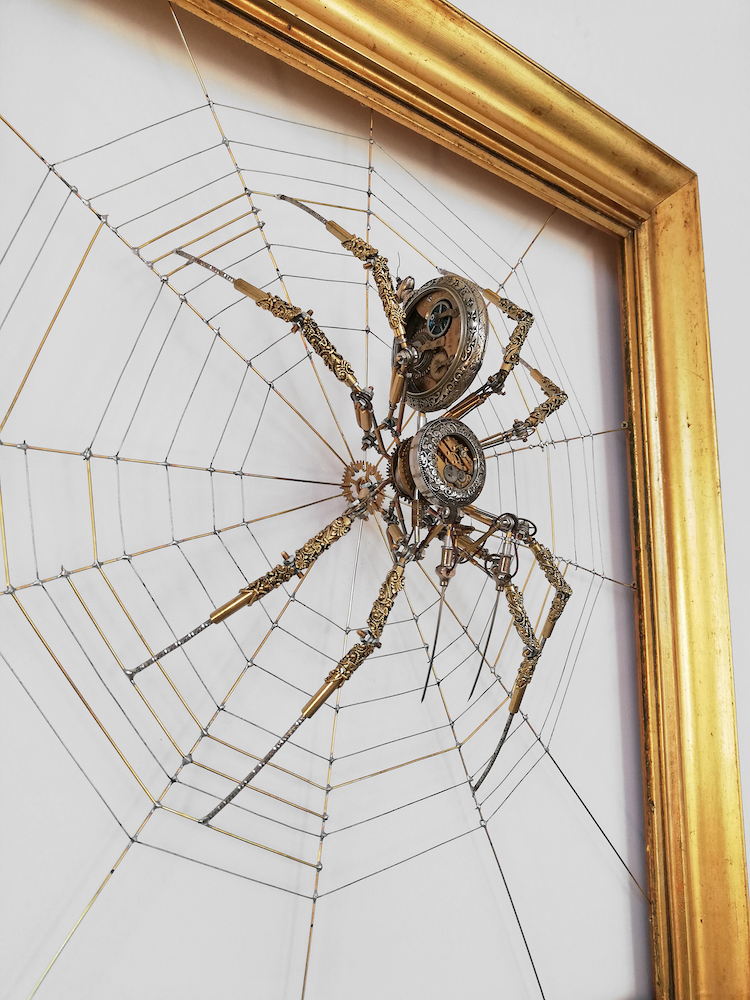 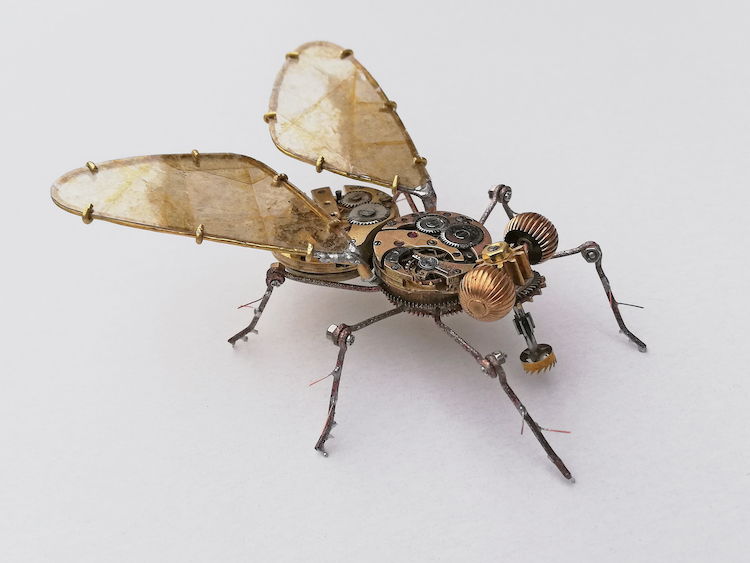