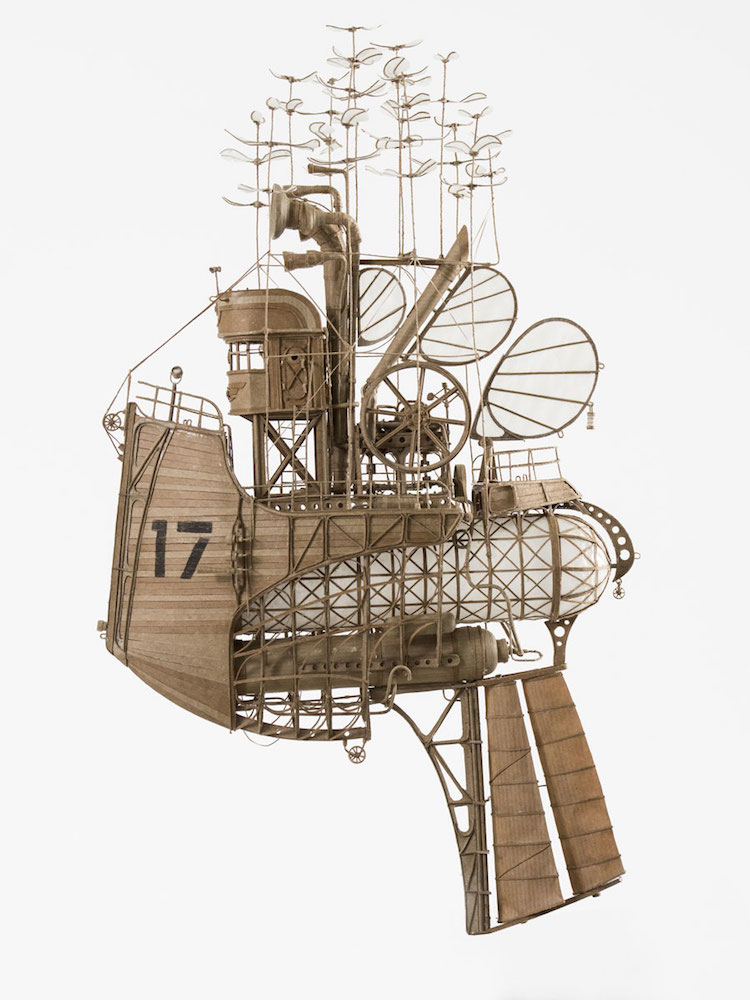 While most people browse the internet or watch TV on their down time, artist Jeroen van Kesteren spends his hours making beautiful and elaborate fantasy aircrafts and airships. For about a year now, van Kesteren has been working on a collection of intricate 19th century flying machines inspired by the steampunk aesthetic. The various contraptions in his series Orphanage for Lost Adventures reflect the nostalgic relics of the neo-Victorian movement and feature retro-futuristic technologies found in the literary works of H. G. Wells and Jules Verne.

Every aspect of the aircraft is carefully crafted and uniquely imaginative. From the tiny holes on the wings to the various spokes, pipes, and ladders, each one of these meticulous works takes van Kesteren about a month to make. The miniature models are produced from paper, cardboard, aluminum foil, and adhesives. When complete, they stand about 40 to 50 centimeter high, or just slightly over a foot tall.

Van Kesteren has compiled all his creations for Orphanage for Lost Adventures series, including other airships and sculptures, on his Pinterest page. 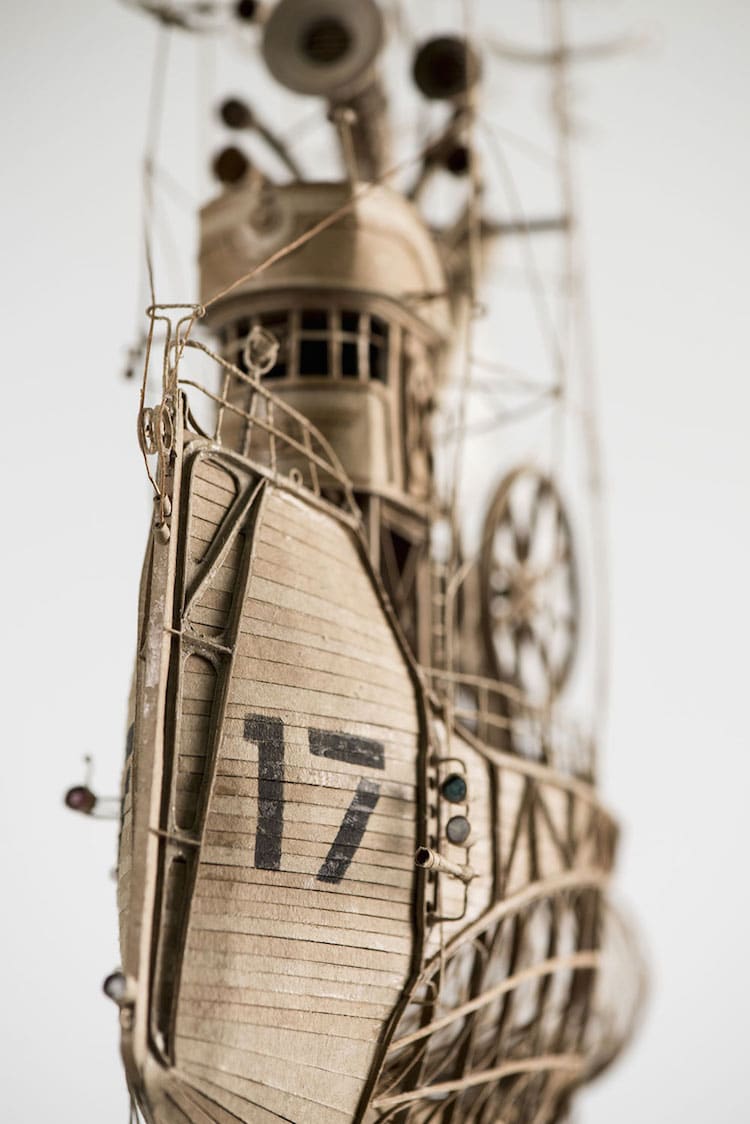 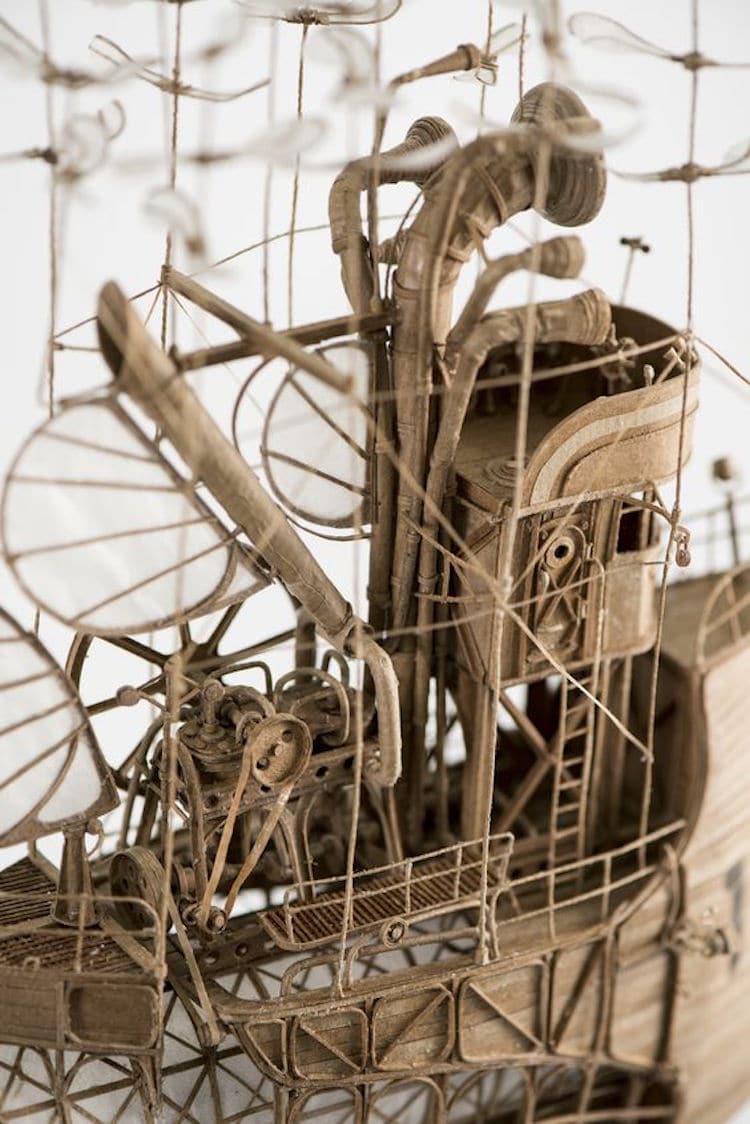 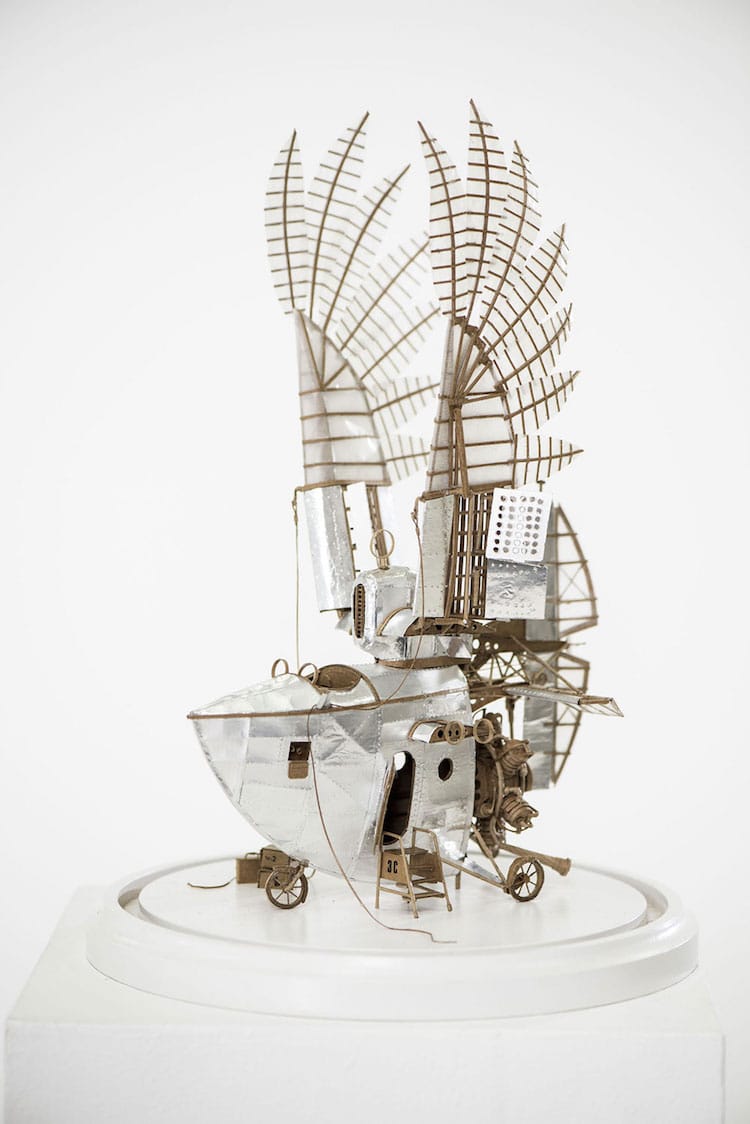 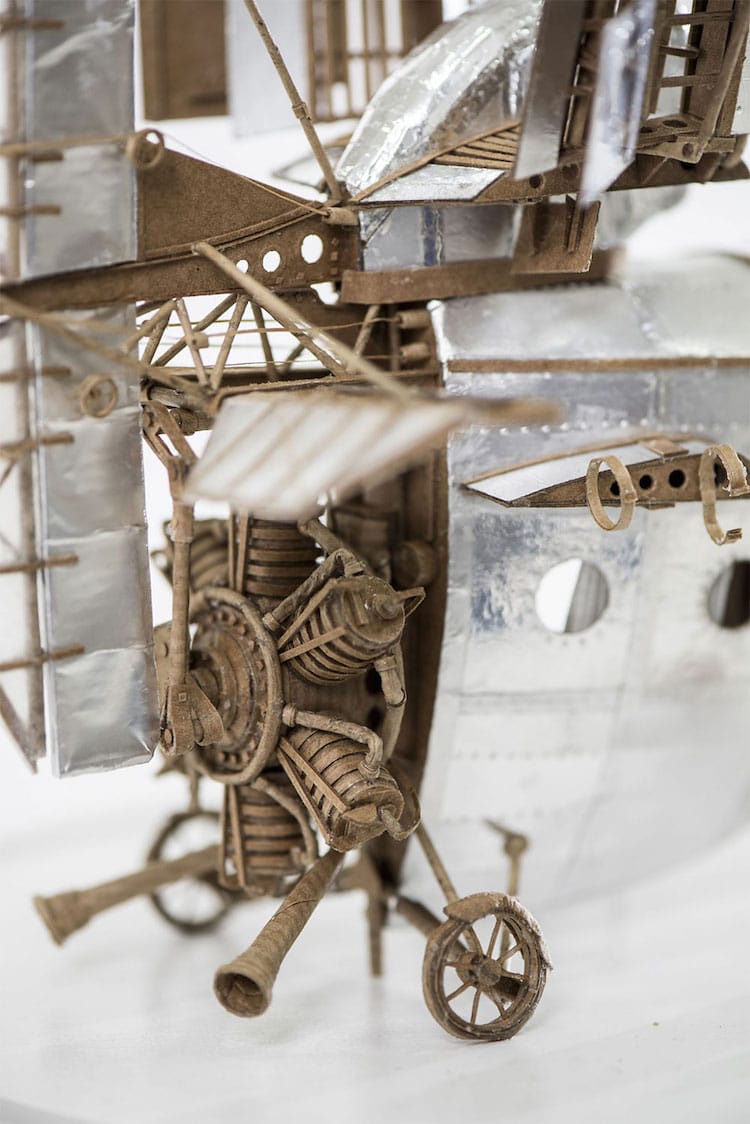 Each is crafted using a combination of paper, aluminum foil, cardboard, and adhesives. 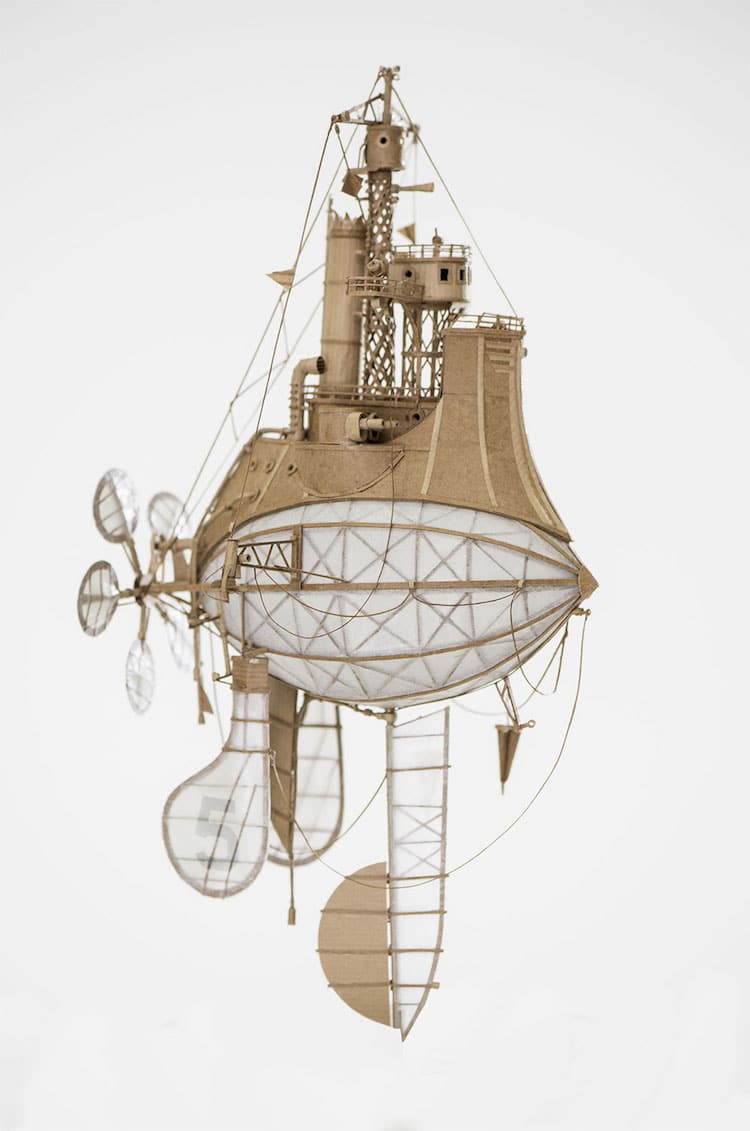 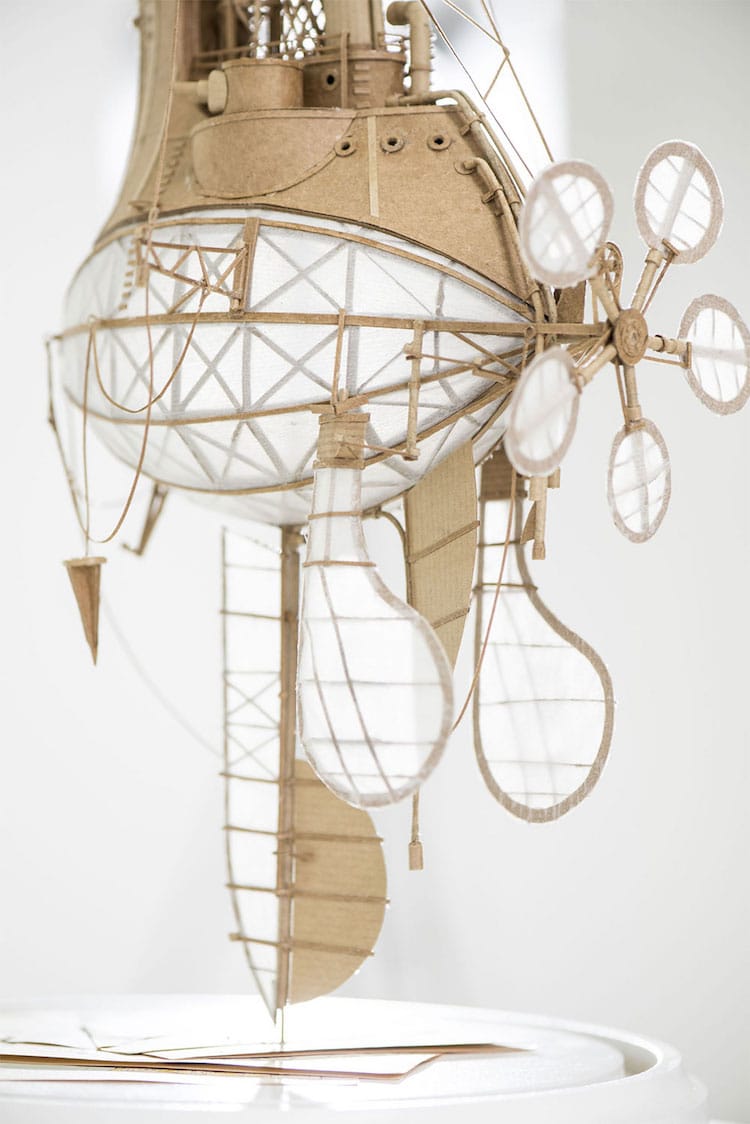 It can take up to a month for van Kesteren to produce his steampunk sculpture art, but the time spent is worth it. 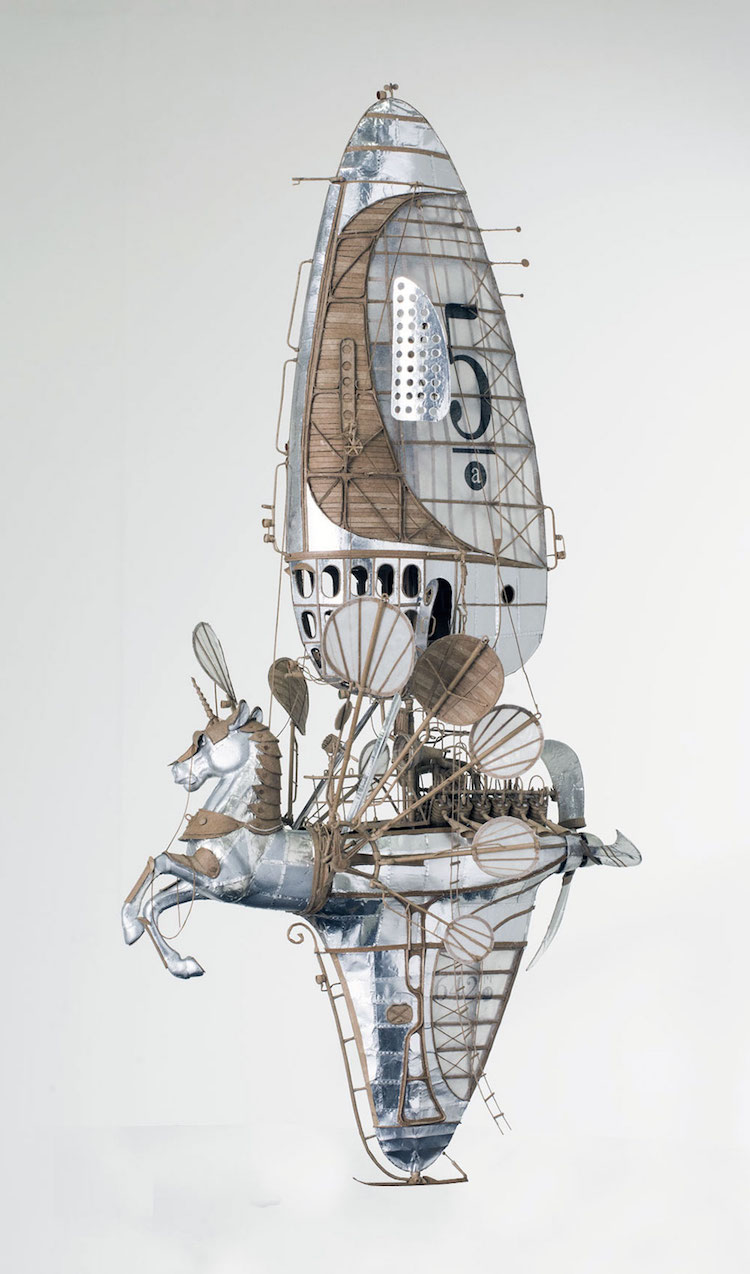 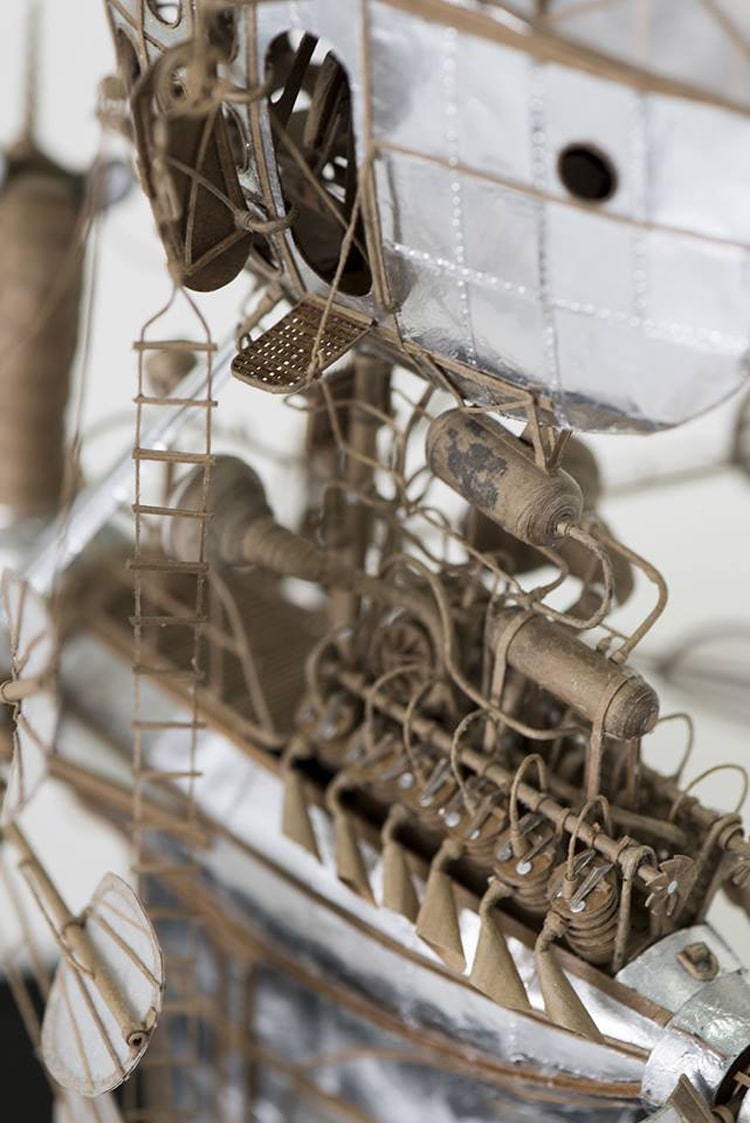 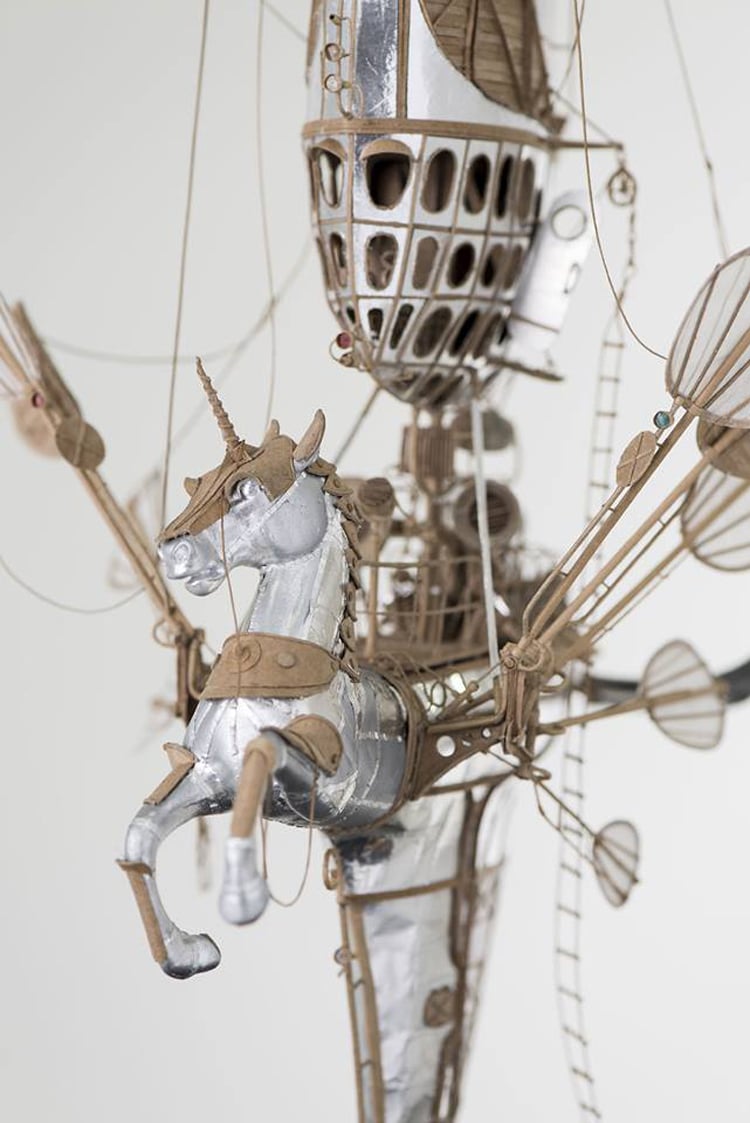 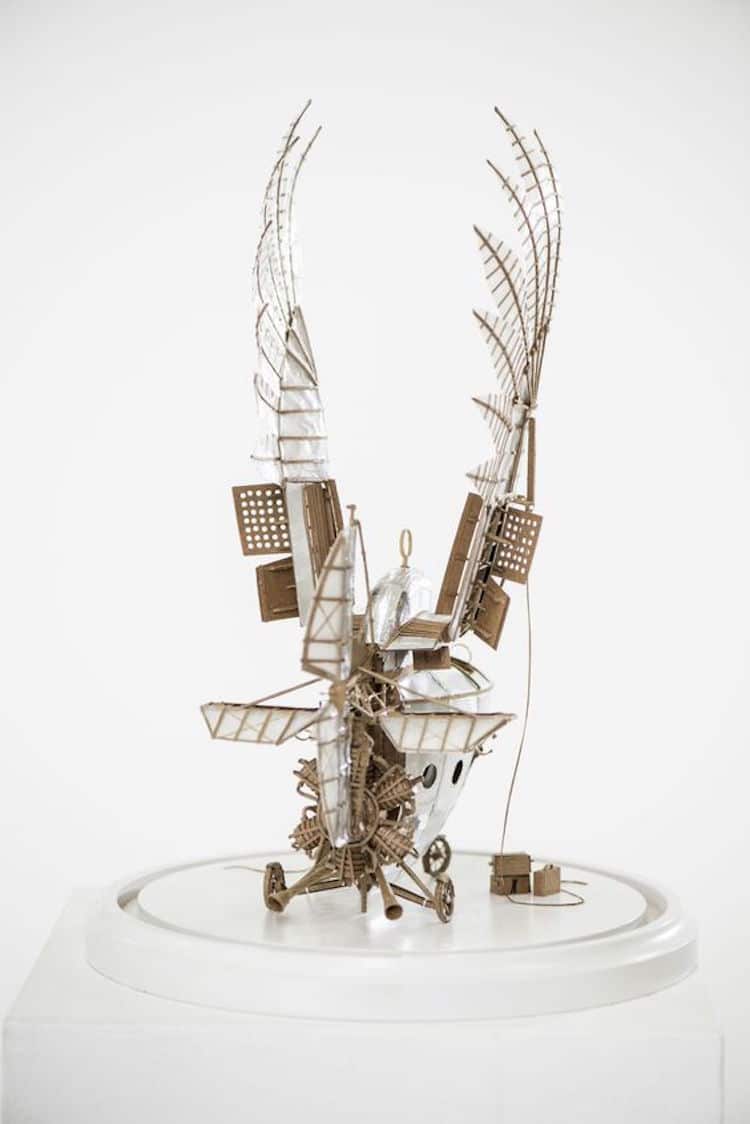 My Modern Met granted permission to use photos by Jeroen van Kesteren.