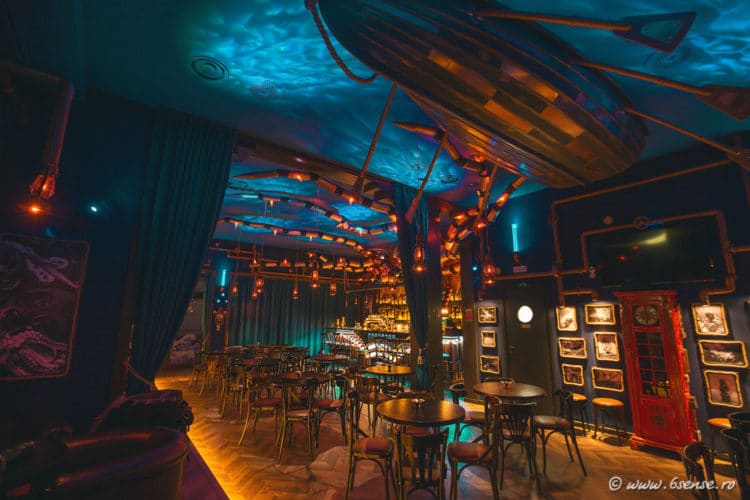 Inspired by Nordic folklore, Romanian design firm The 6th Sense Interiors, released the Kraken in their latest project. Bringing their typical steampunk sensibility, designers Alexandru Tohotan and Zoltan Zelenyak have created unbelievable atmosphere in The Abyss Pub, located in Italy. Taking cues from the lore of the Kraken, the mythical creature stretches its tentacles across the bar ceiling. Placed above the steampunk bar, it defends its lair from all visitors.

“According to the myth, we wanted to create the struggle between monster and boat, and at the same time we intended to give life to the sea monster by using several elements that would suggest its dynamic: the position of the tentacles, the spears that pierce its arms,” the designers explain. “One of the sea monsters arms was placed in a way that suggests he is pulling the boat down with him into the abyss!”

The lighting, combined with contrasting warm and cool tones, help create an intimate environment, while the interior's decor provides mechanical steampunk flair. “The steampunk objects add value to this undersea world, allowing those entering the bar to imagine themselves the lifestyle and the creatures which play the magical music of the sea with the help of  these objects.” These details all result in superbly executed steampunk interior, which transports patrons back in time. Just beware of the Kraken!

Enter The Abyss Pub for an immersive experience through a fantasy steampunk bar! 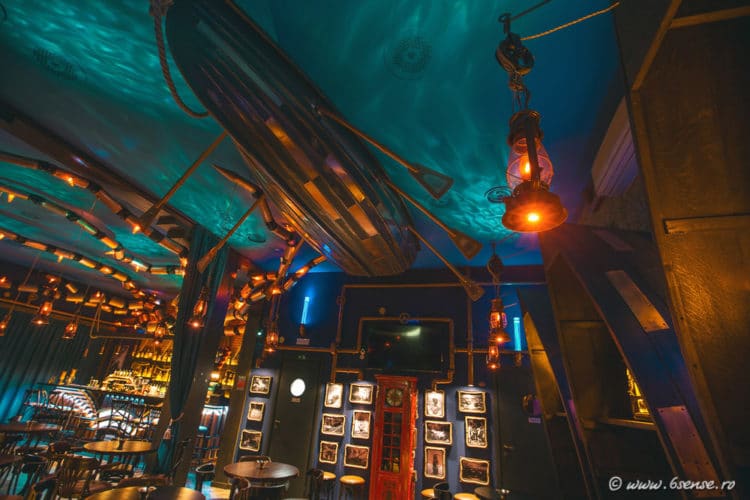 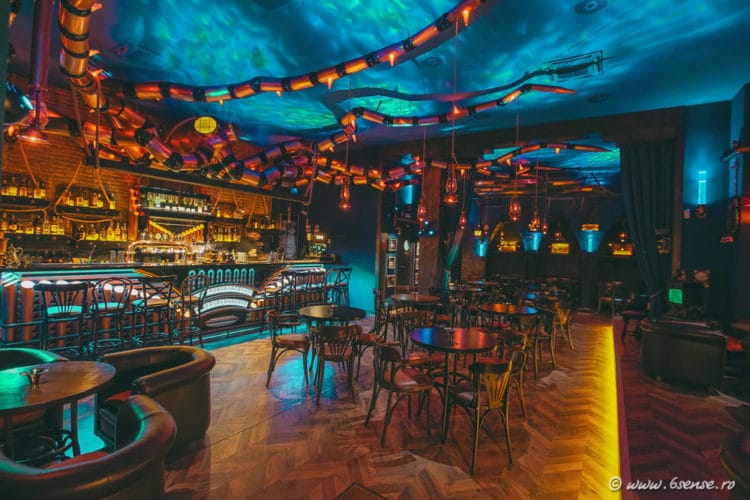 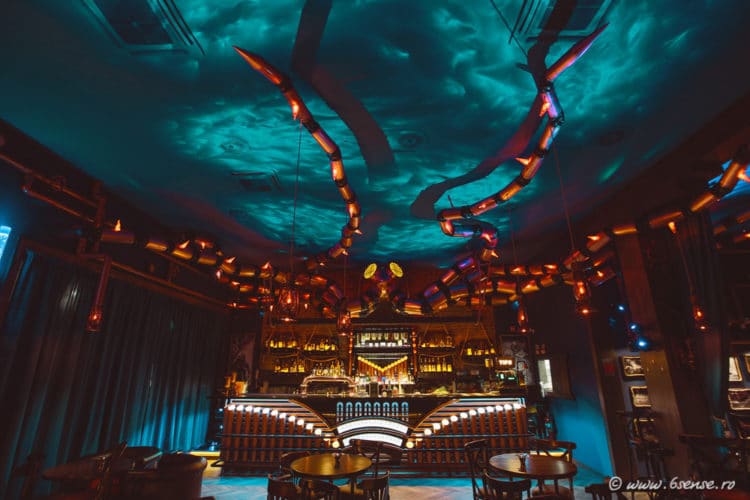 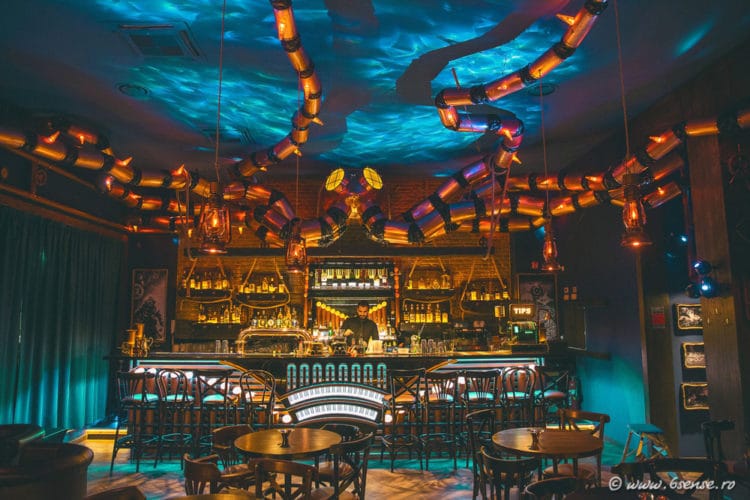 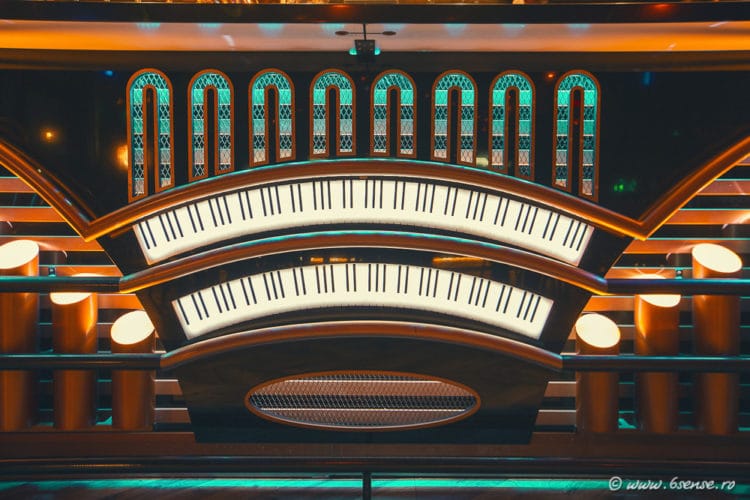 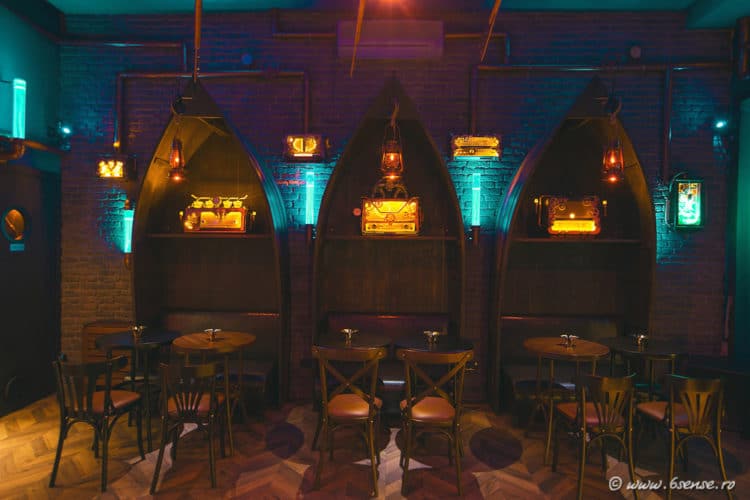 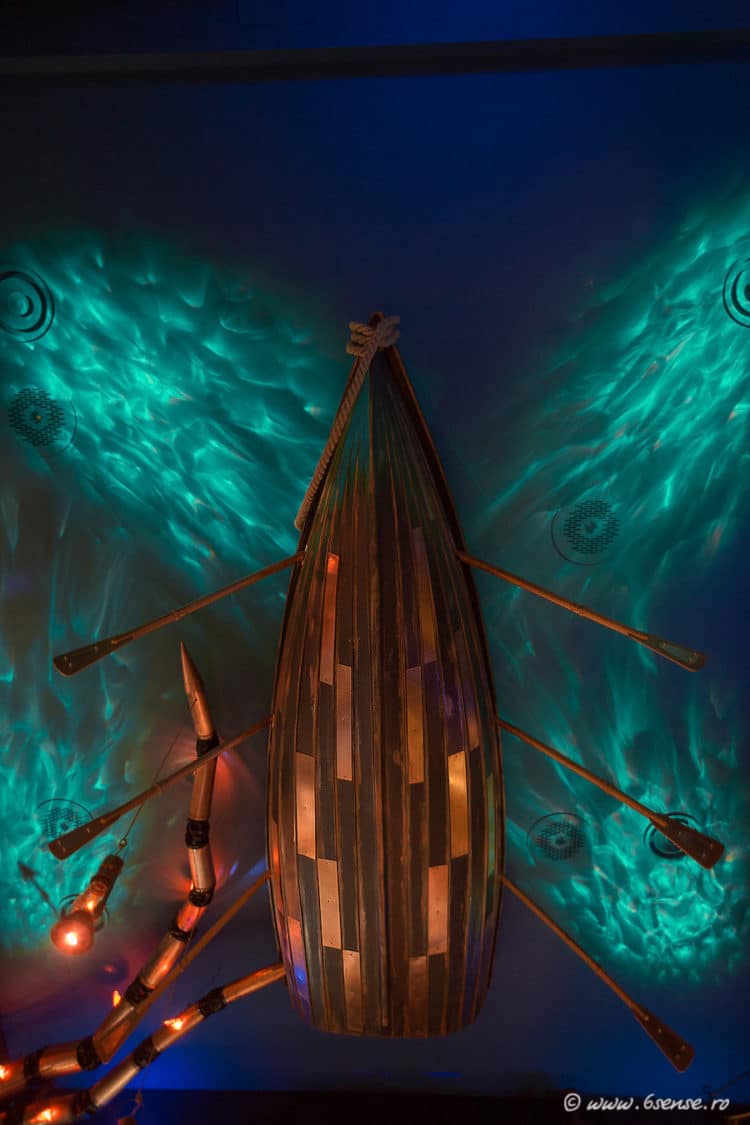 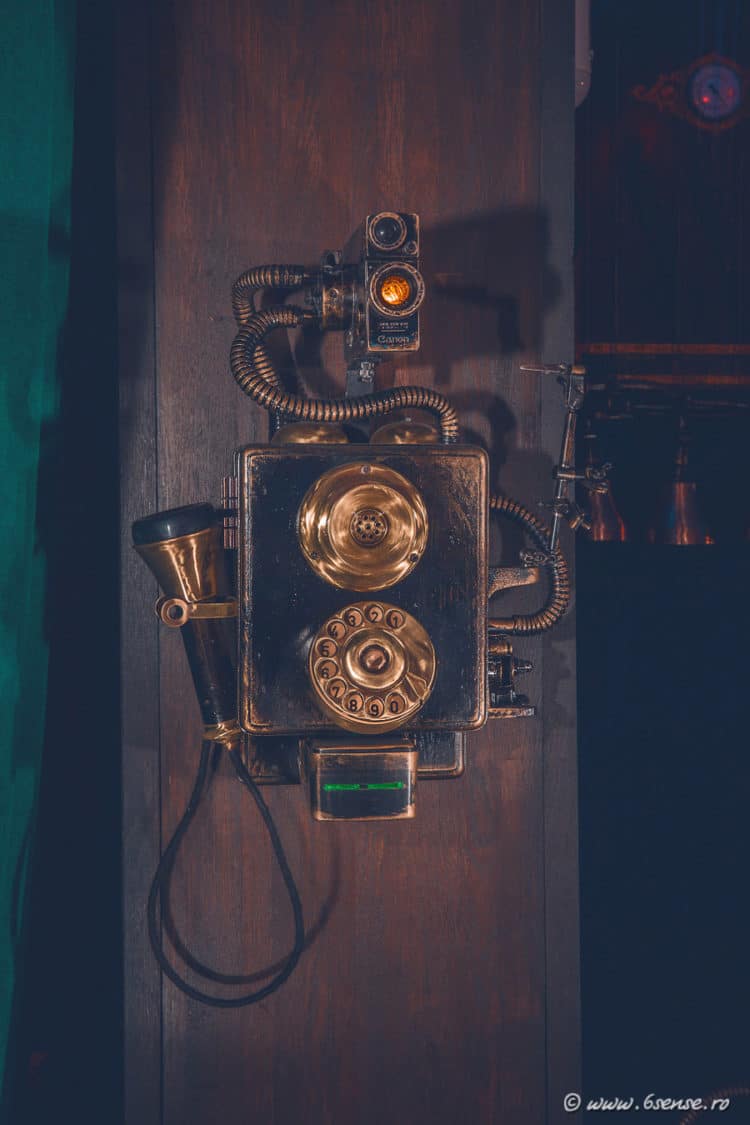 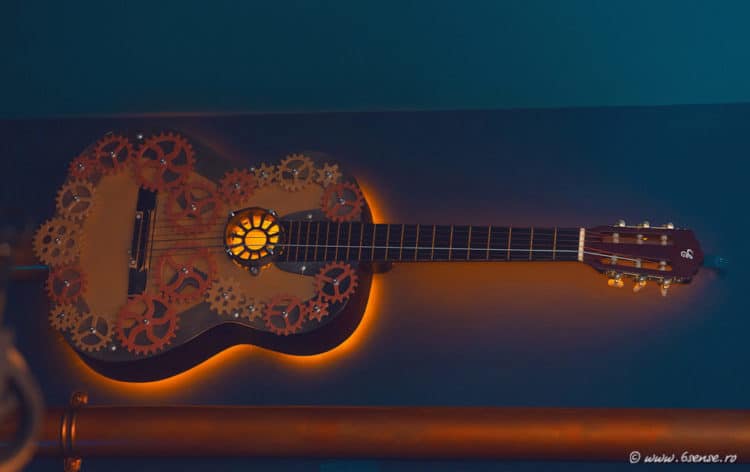 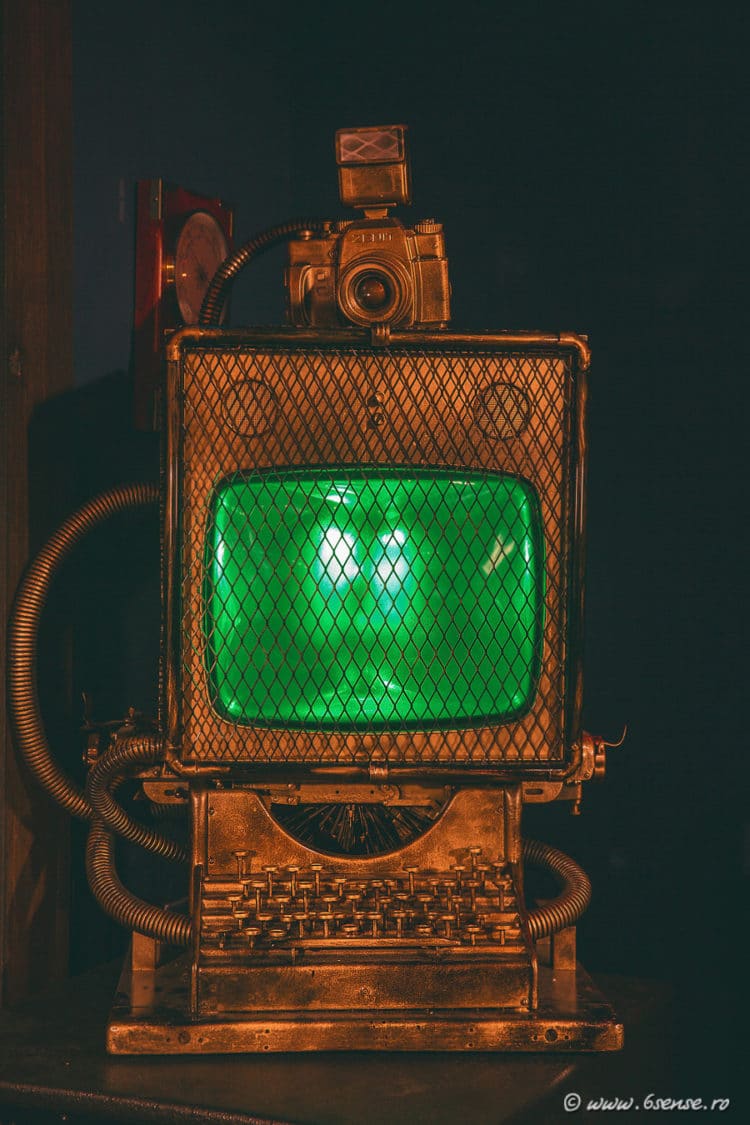 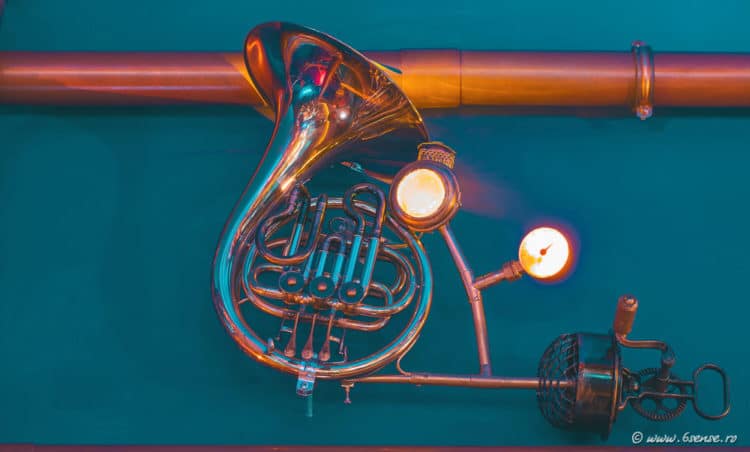 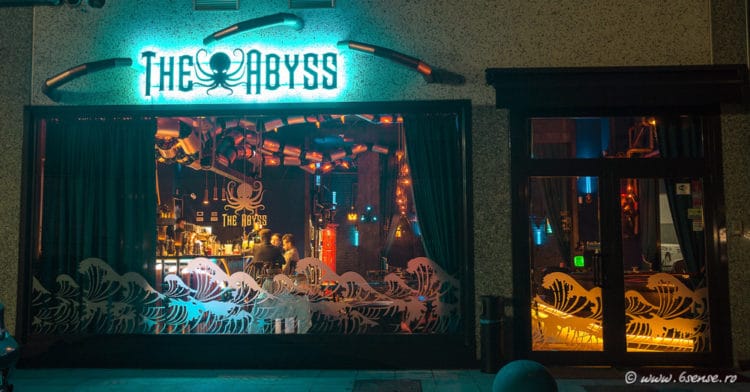 My Modern Met granted permission to use photos by The 6th Sense Interiors.