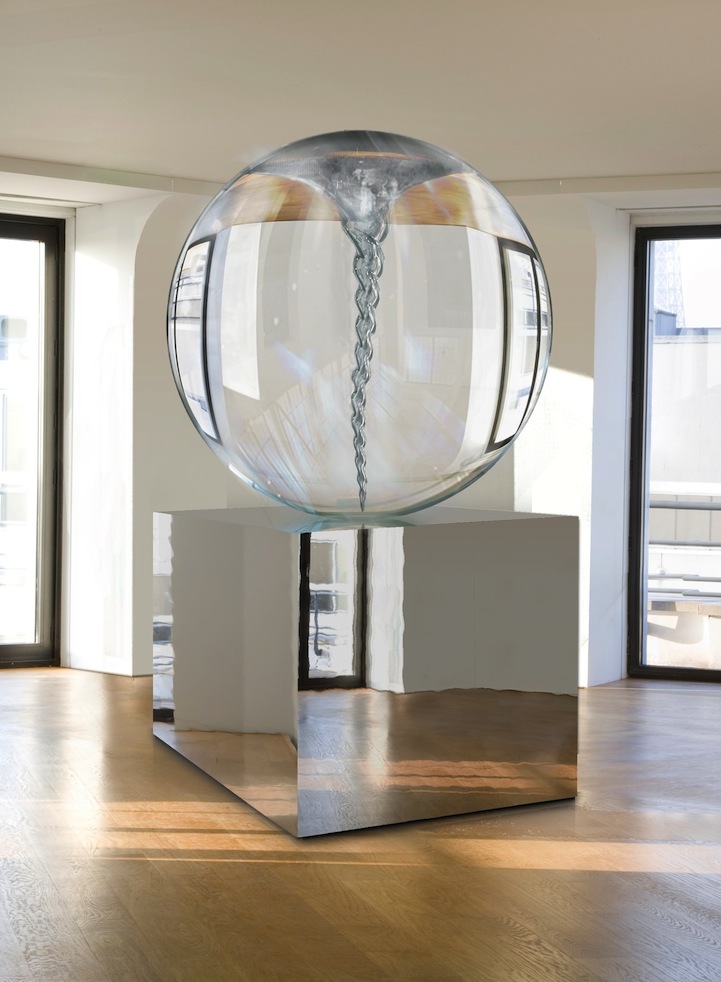 British artist Petroc Sesti constructed a massive glass sphere filled with optic fluid that mimics the mesmerizing swirl of a tornado with the help of a turbine. The piece, titled lan Vital (translated as Vital Force), weighs approximately 1.2 metric tons and includes a stainless steel base elusively equipped with motors to generate the spirals of air elegantly drilling through the liquid. The multilayered transparent volumes work in unison to both draw the eye and allow one to lose themselves within their own thoughts.

Having shown his work in Hong Kong and Shanghai, Sesti says, “The work has been really well received so far. Asians drew parallels culturally with their fascination with water energy and natural form, it's a symbolism of wealth and prosperity. Technical data aside, the work is also fitting to China's cultural heritage in glass production, fascination with the significance of spherical and spiral form, and that of the ‘crystal ball.'” 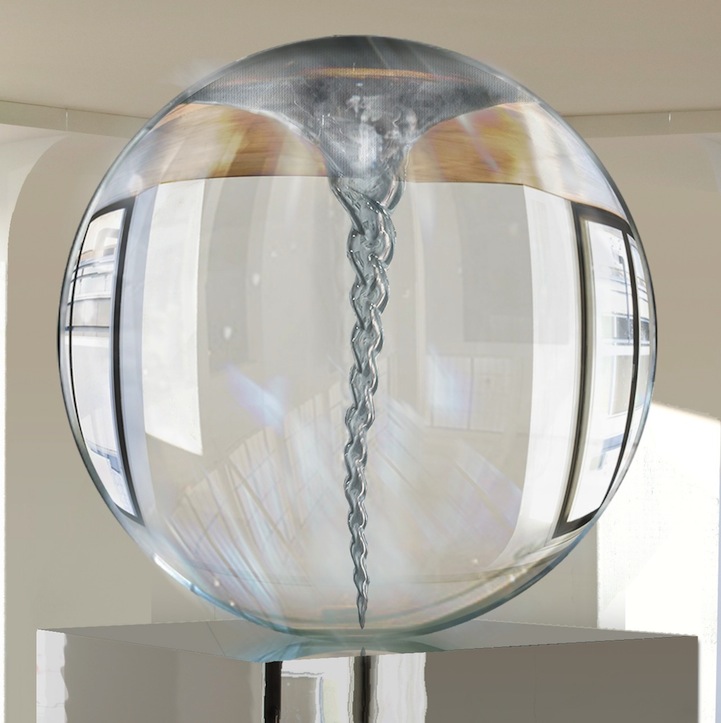 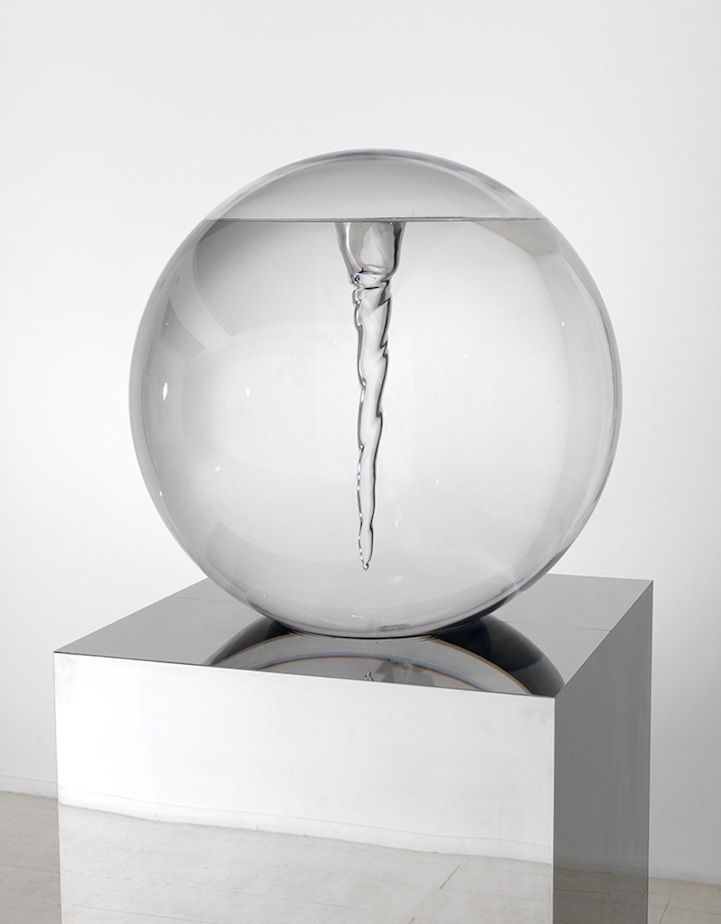 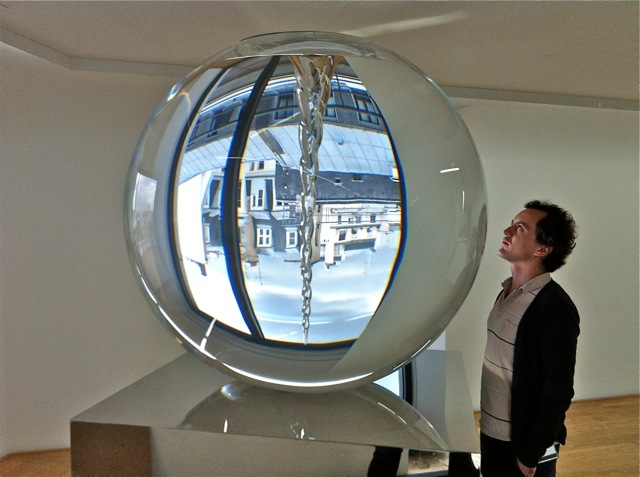