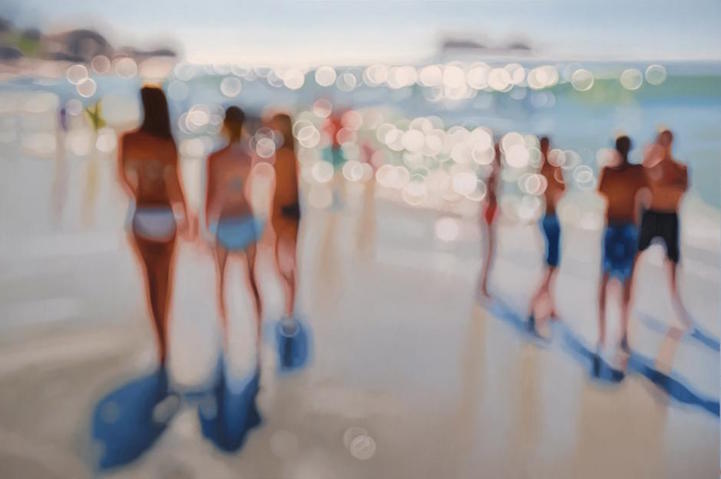 With rich strokes of oil paint, Philip Barlow renders beachside snapshots in mesmerizing blurs of bokeh, as if shot through unfocused camera lenses. His style eschews inconsequential compositional details in favor of accentuated ambience, smudging the scenes into soft smears of color while honing crisp, shimmering circles from each spot where sun rays reach earth. He conveys not so much the shore as the muted memory of it—the pure essence of its sensations, from the haze of humidity to the tingled touch of the salty breeze, ever-shifting with the tides.

Of his technique, Barlow explains, “Although I work within a long tradition of landscape painting, my depiction of the ‘seen’ landscape is simply a vehicle through which I navigate territory of another nature. A landscape less ordinary; where the line between the physical and the spiritual realm has seemingly been removed.” His aim isn’t to contort real settings to surreal reimaginings, but instead to represent true scenes that seem, despite their abstraction, “curiously familiar and convincingly real.”

His compositions do reveal a particular reverence for the world’s authenticity, honoring the jumbled, indiscriminate dappling of sunlight and the messiness of candid movement. His human figures, whom he describes as “carriers and reflectors of the light that falls upon them,” seem caught in the awkward gestures of in-between moments—not gracefully posed, but loping clumsily into the waves or standing at the ocean’s edge, hips cocked to the side, testing the waters with their toes.

Take a look at the series below to find yourself transported to the soothing warmth of surf and sand. You can also see the way Barlow uses his unique approach to portray an entirely different sort of environment: the city. 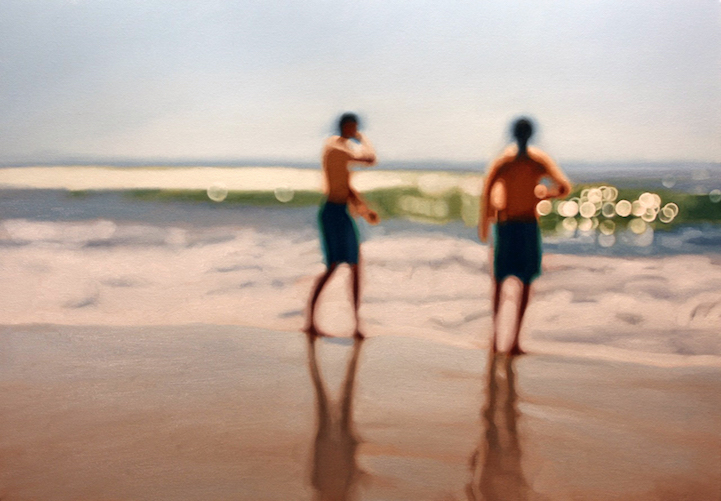 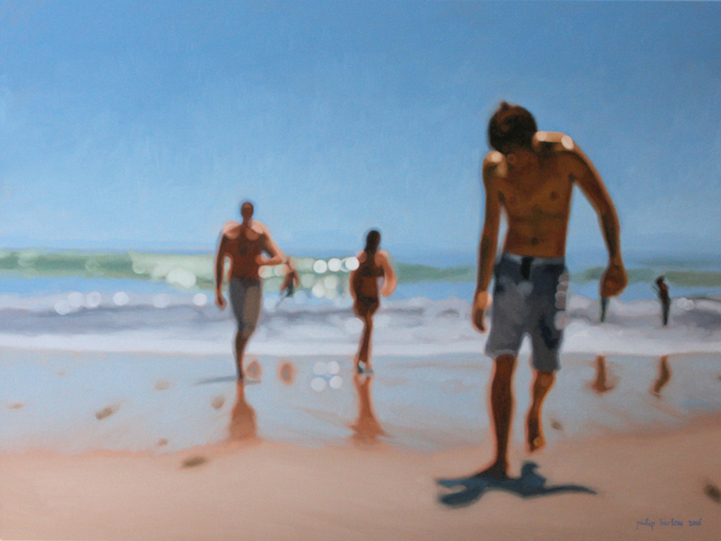 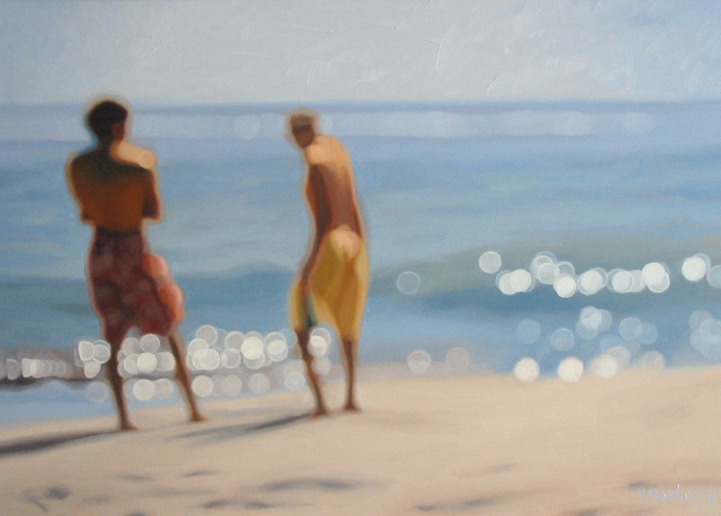 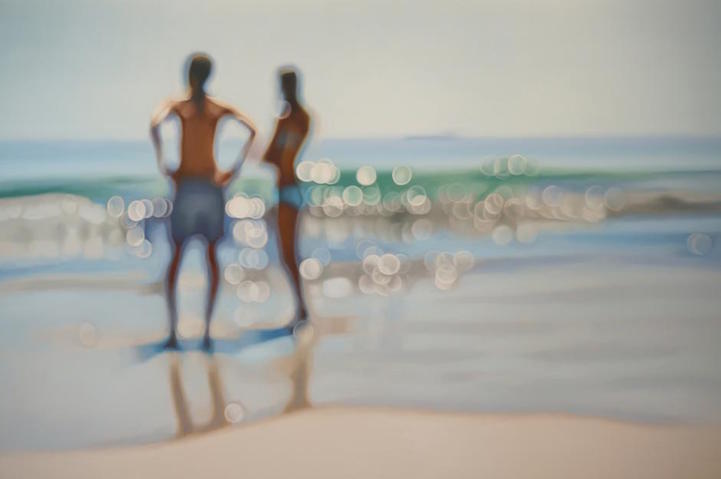 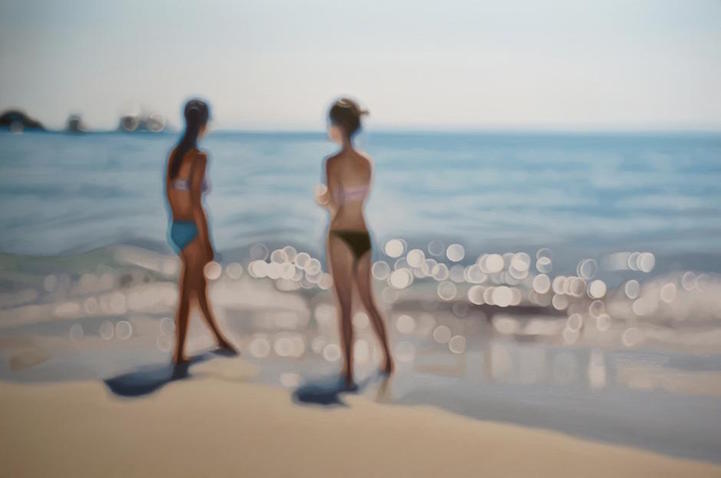 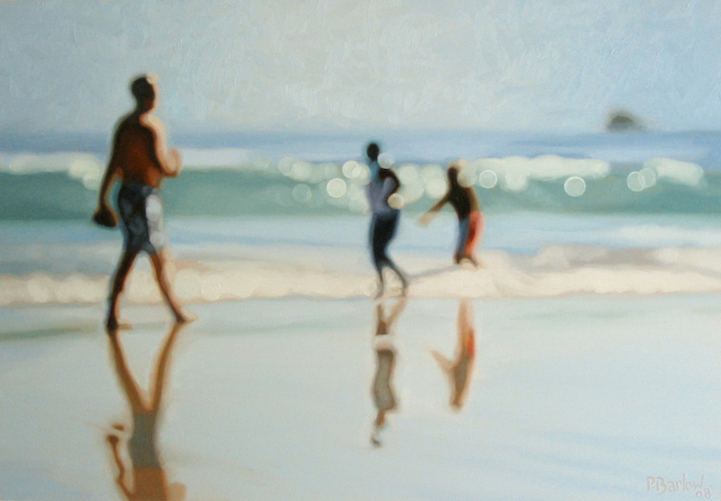 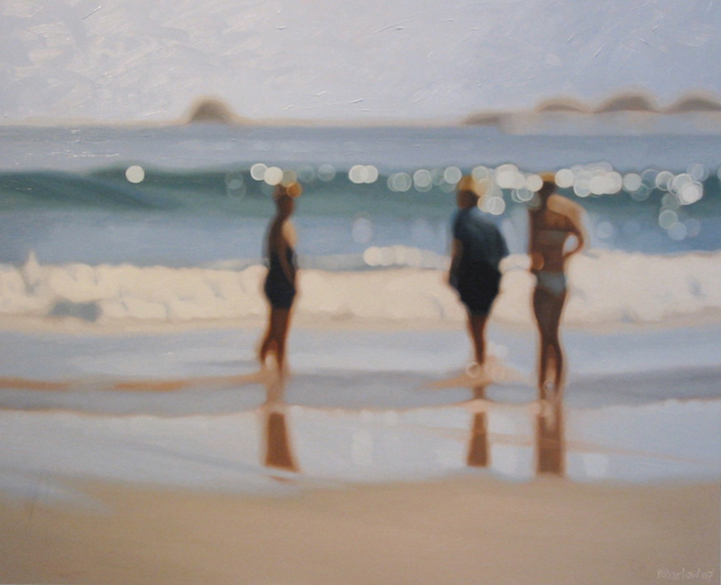 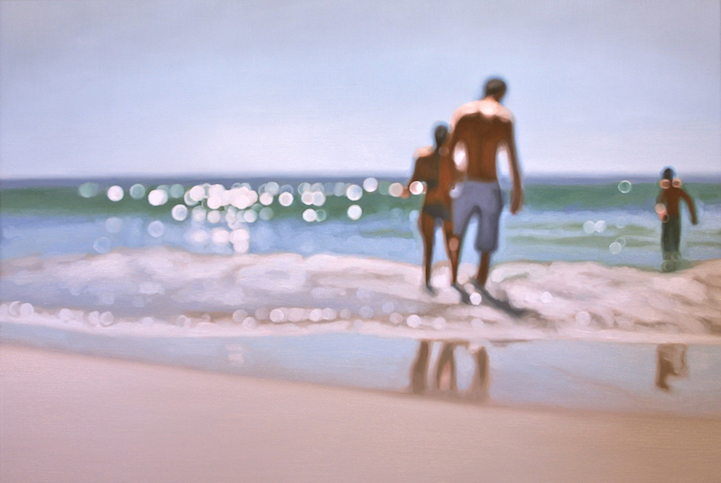 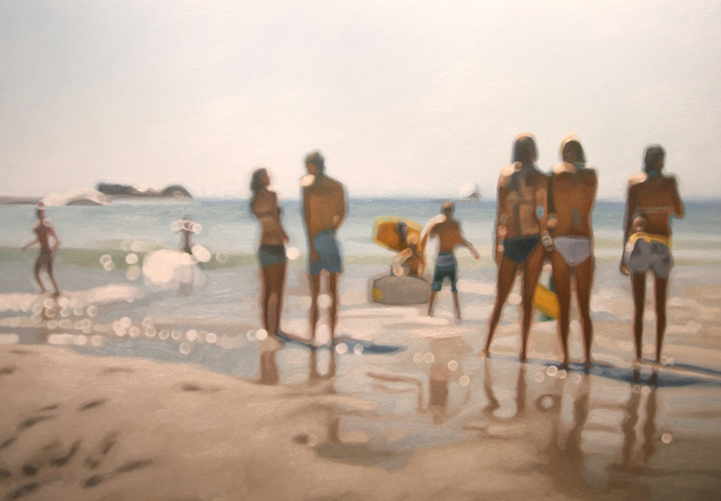 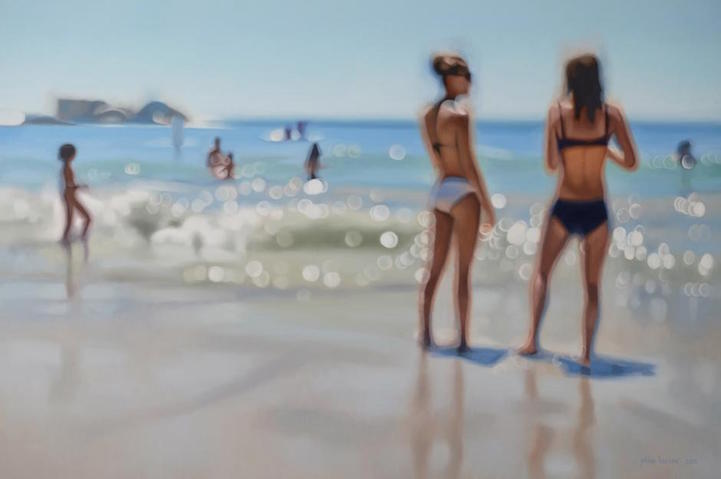 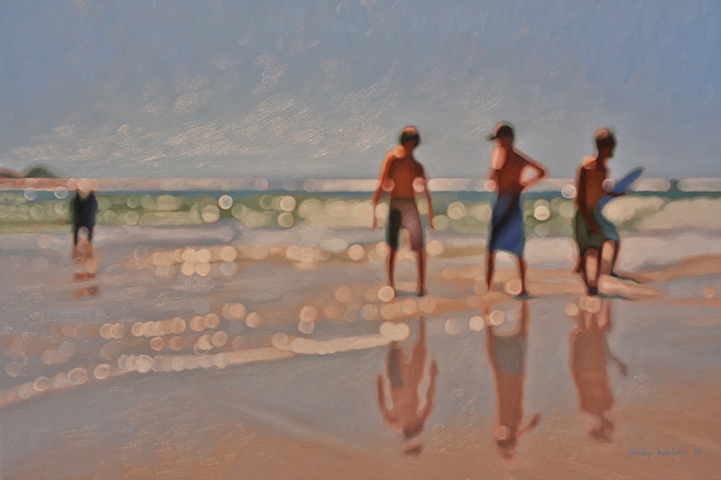 All images via Philip Barlow. 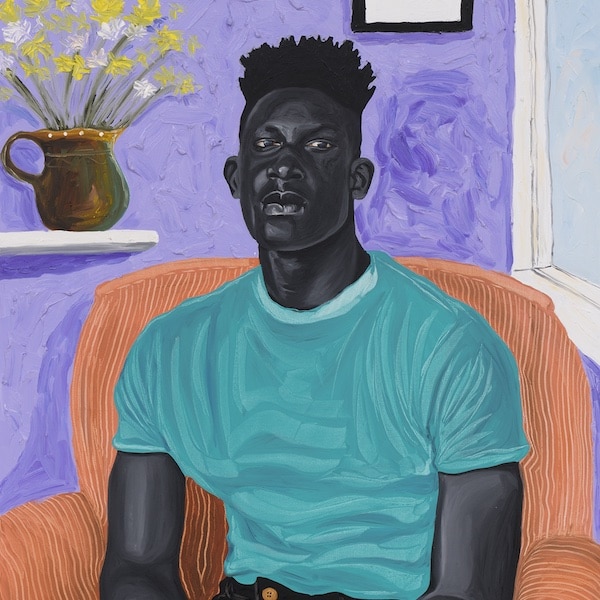