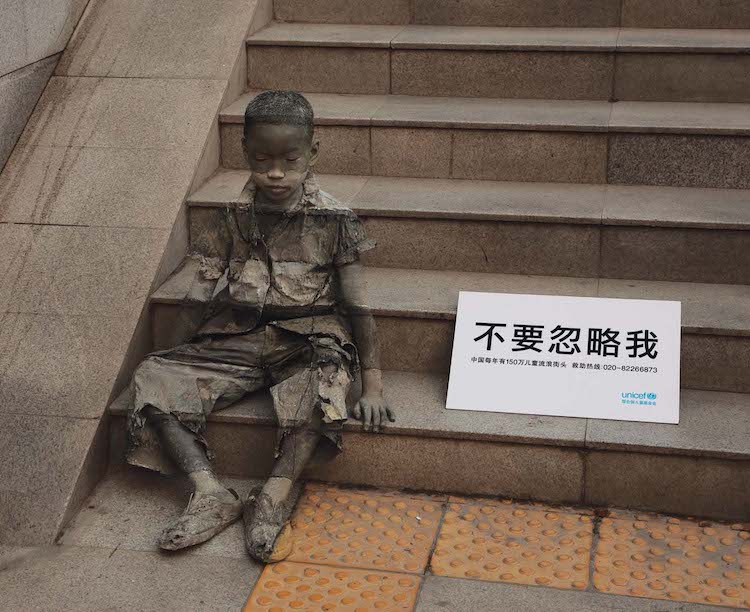 Just because you can’t see it, does that mean it isn’t there? That is a question easily invoked by photographs from UNICEF China’s 2008 campaign to raise awareness about the “invisibility of poverty” affecting children in China. In a series of poignant photographs, homeless children in Beijing were painted identical to their surroundings so that they were almost indiscernible from the cityscape around them.

The most popular of these photos is one of a boy sitting on a set of stone steps, painted so meticulously that one might have to do a double-take to truly appreciate what it is they are seeing. They may even stumble and trip upon him or walk right past without giving him any notice, if not for the sign sitting at his side that reads “Don’t ignore me” in bold Chinese characters. Printed underneath, in smaller script, is a message highlighting the plight of over 1.5 million underprivileged children in China.

With these photographs, UNICEF was able to raise the equivalent of approximately $30,000 USD for the aid of suffering children in only five days. Though the campaign was launched almost 13 years ago, these images have begun to circulate the internet again recently and continue to touch thousands of people. Perhaps it is the climate of the world at the moment that makes us so acutely aware of pain and suffering that we might usually ignore. Or maybe it is simply the visual intrigue and appeal these images offer.

Whatever the case may be, the striking visuals and message behind these photographs are a reminder to us all to have compassion and empathy for those suffering around us and to help them rather than look away.

These striking images highlight the “invisible” plight of underprivileged children in China. 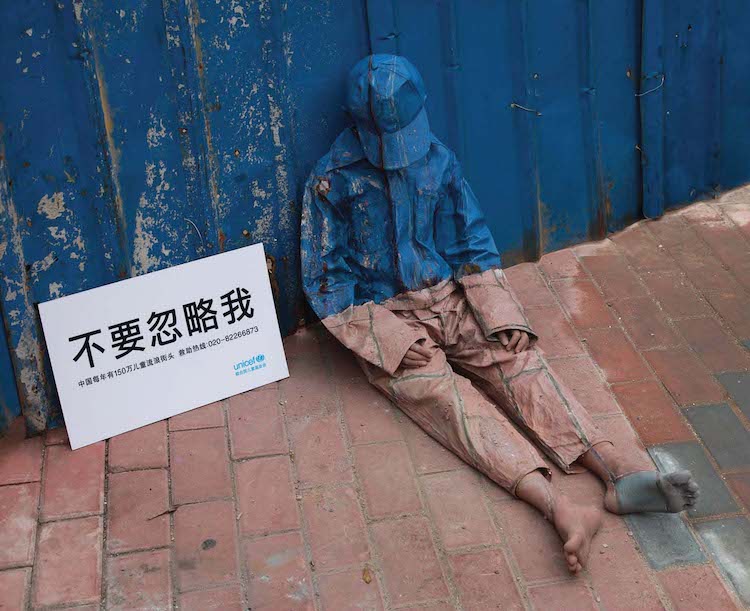 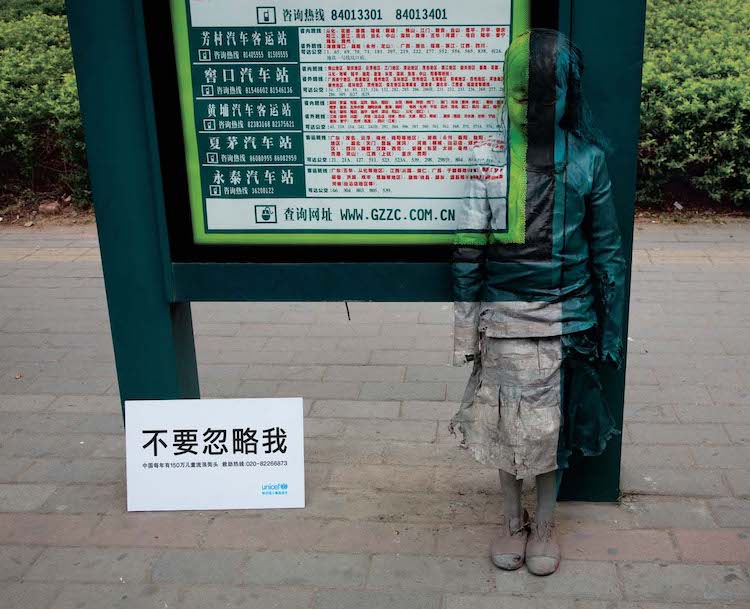 Living on a Dollar a Day: The Grief-Stricken Faces of the World’s Poor 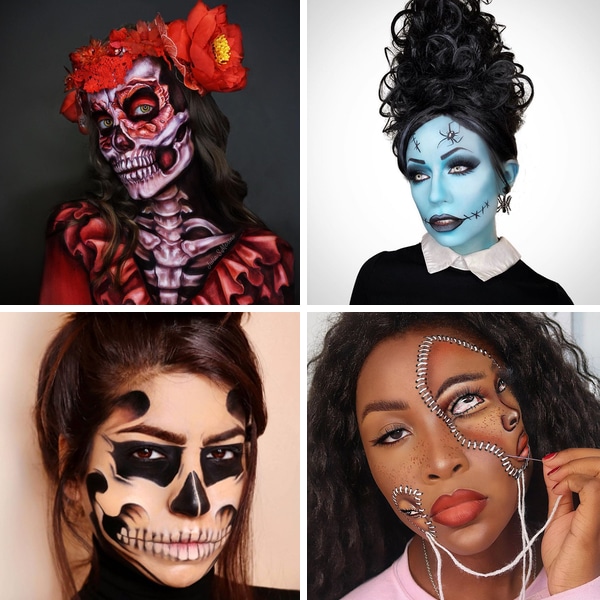