How Mondrian Won the Art World with Just Three Colors 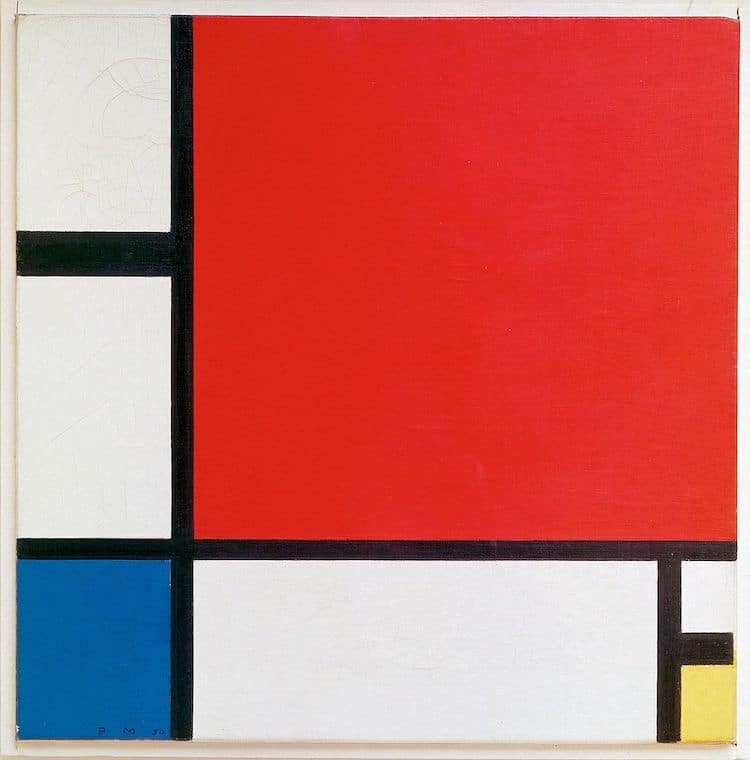 “Composition II in Red, Blue, and Yellow” by Piet Mondrian, 1930. (Photo: Public domain via Wikipedia)
This post may contain affiliate links. If you make a purchase, My Modern Met may earn an affiliate commission. Please read our disclosure for more info.

A true master of modern art, Piet Mondrian was a risk taker whose bold, fearless choices allowed him to become one of the most recognized artists of the 20th century. His abstract paintings in red, yellow, and blue rely on lines and geometry to make a statement and are a far cry from the conservative Dutch art scene he came of age in. So what pushed Mondrian to break boundaries and shake up the art world?

Who was Piet Mondrian?

Born in 1872, Mondrian lived through incredible advances in technology and the dawn of two World Wars. Curious and bright, he wasn't afraid to move out of his comfort zone. Many people who are only familiar with his later abstract works are surprised to know that Mondrian's origins lay in classic, realist art. Like any good Dutch artist of the time, he often painted landscapes. But even here, he gave the traditional format his own twist.

Benno Tempel, director of the Gemeentemuseum, points out that Mondrian didn't follow the rules of a low horizon line and dominant sky that had been the norm since the 17th century. Instead, he boldly cut up the canvas as he pleased, often filling the entire picture with land and leaving just a small sliver of sky. It's this willingness to play with the rules that would serve him well much later in his career. 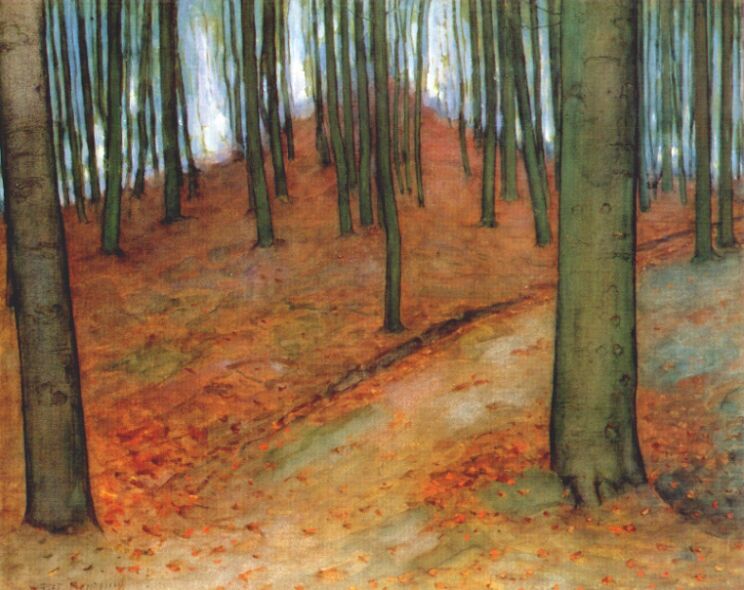 This, coupled with his instinct to go where the action was, helped make his career a success. For instance, Mondrian was keenly aware that the center of the art world had shifted to Paris by the early 20th century. Daring thinkers like Pablo Picasso and Georges Braque were already there laying the foundations of Cubism, and Mondrian wanted to be part of it. Their influence appears in his work, which moved increasingly toward abstraction.

When World War I broke out, Mondrian was visiting the Netherlands and was forced to wait out the war in his home country. But his return didn't slow down his innovative spirit. He took up residence at an artists' colony in North Holland, where he linked up with fellow freethinkers Bart van der Leck and Theo van Doesburg. Van der Leck was only using primary colors in his work, and this had an immediate impact on Mondrian. Together with van Doesburg, he started De Stijl (The Style), a publication where he was able to describe his new art philosophy, which he called neoplasticism.

Mondrian described his philosophy as the following: “This new plastic idea will ignore the particulars of appearance…on the contrary, it should find its expression in the abstraction of form and color, that is to say, in the straight line and the clearly defined primary color.” 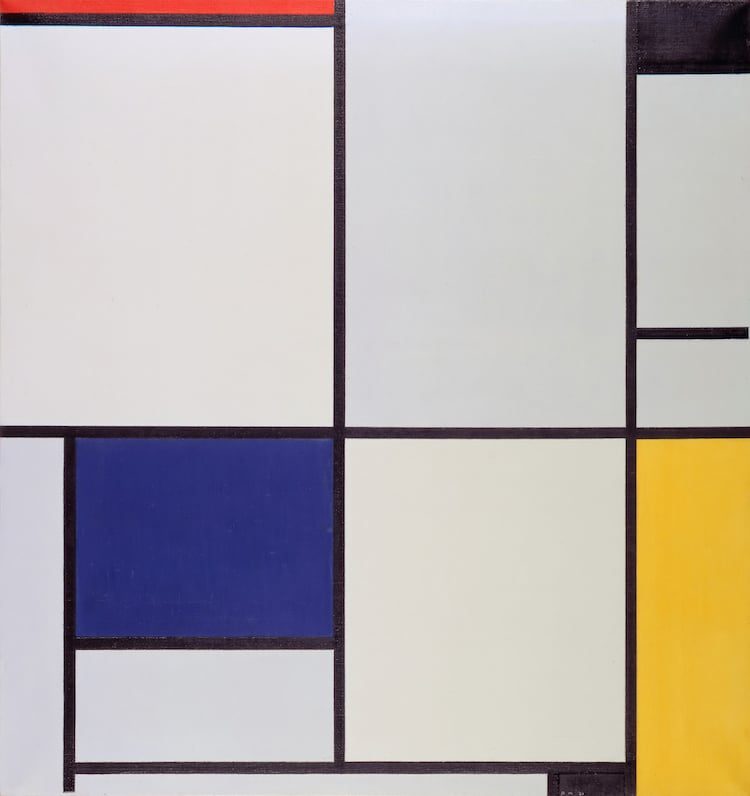 “Tableau I” by Piet Mondrian, 1921. (Photo: Public domain via Wikipedia)

From there, Mondrian immersed himself in his work, laying out lines and color combinations with the utmost of care. What may seem random to the untrained eye was actually the culmination of years of training. Mondrian used the same compositional rules from his early landscape and still life paintings to balance these revolutionary abstract works, which is part of what makes them so aesthetically pleasing.

In fact, landscapes and nature were never far from Mondrian's mind. Quite to the contrary, they deeply influenced his abstract paintings. His letter to Dutch art critic and painter H.P. Bremmer in 1914 sums up his thoughts: “I construct lines and color combinations on a flat surface, in order to express general beauty with the utmost awareness. Nature (or, that which I see) inspires me, puts me, as with any painter, in an emotional state so that an urge comes about to make something, but I want to come as close as possible to the truth and abstract everything from that, until I reach the foundation (still just an external foundation!) of things…” 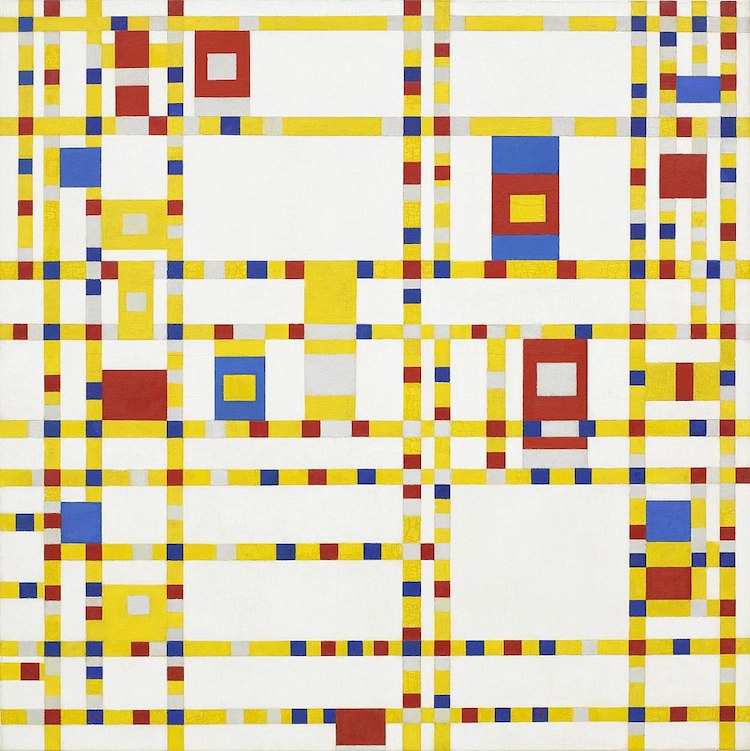 As his journey continued, the black lines of his early abstract works begin to dissipate and blend into the forms. His late paintings Broadway Boogie-Woogie and Victory Boogie Woogie, were influenced by American jazz music and the neon lights of Manhattan. In both, the black lines disappear and the bright blocks of color merge together to create the through lines of the composition.

Long after his death in 1944, Mondrian continued to influence artists across different mediums. In the 1960s, Yves Saint Laurent's Mondrian Collection of dresses were a huge success, even being featured on the cover of Vogue. His enduring influence in fashion continues on runways around the world, where color blocking often has its roots in his work. But his reach also touches architecture. The City Council of The Hague is decorated with Mondrian-style blocks of primary colors, and homes around the world paint whimsical homages to his paintings. There are even Mondrian cakes to delight your eyes and your taste buds! 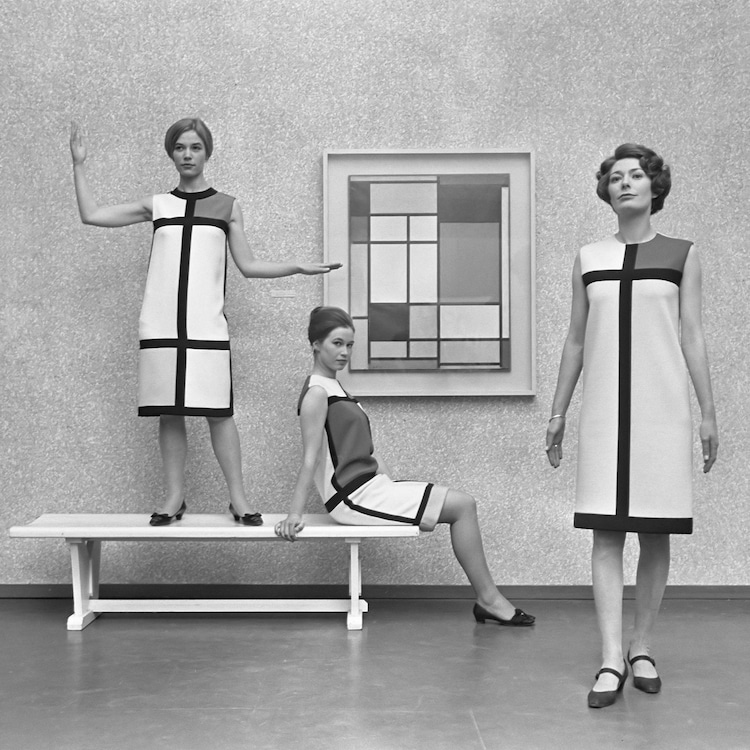 If you want to learn more about how Mondrian changed the art world, pick up Hans Janssen's comprehensive biography. And if you want a little Mondrian in your life, this Piet Mondrian kokeshi doll is sure to bring a bit of fun to any home.