Designer Clark Orr gives a fresh look on what would happen if the United States Postal Service decided to infuse a bit of pop culture in their next stamp collection. By designing a full range of pop culture art stamps, the Florida-based artist brings color and nostalgia to his exhibition Pop Culture Postage.

The solo show, which opened on February 3, 2017, at Gallery 1988 in Los Angeles, takes viewers back in time. The artist's riffs on postage stamps, primarily for iconic films and television series, show his eye for color and design.  Orr is a true child of the 80s with his pop culture selections. From E.T. and Nightmare on Elm Street to The Jetsons, each pop culture reference is instantly recognizable.

Orr, who is co-owner of Hellcats Inc, is well known for his bold t-shirt designs. The mainly self-taught artist is the former art director of iconic, indie clothing line, Johnny Cupcakes. Years of graphic product design pay off in the exhibition, as each piece of postage stamp art is carefully laid out and balanced for maximum effect.

You can visit Pop Culture Postage online at Gallery 1988 until February 13, 2017. The full range of Orr's pop culture art prints is also available for purchase. 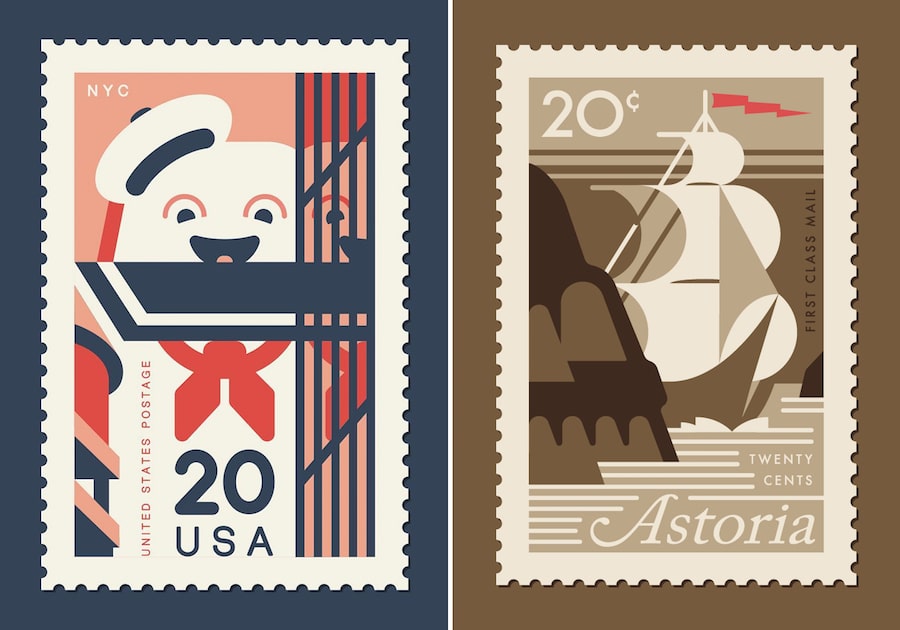 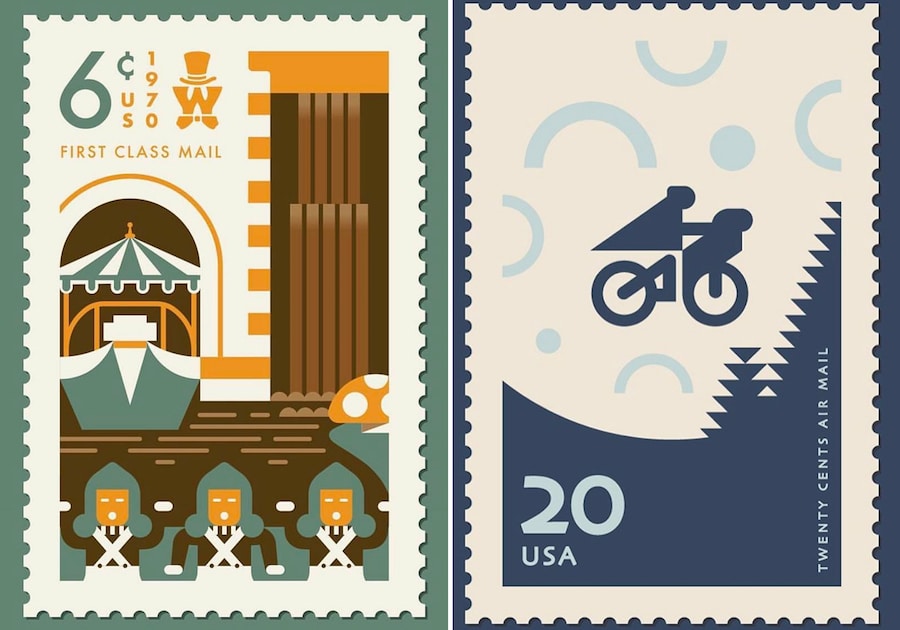 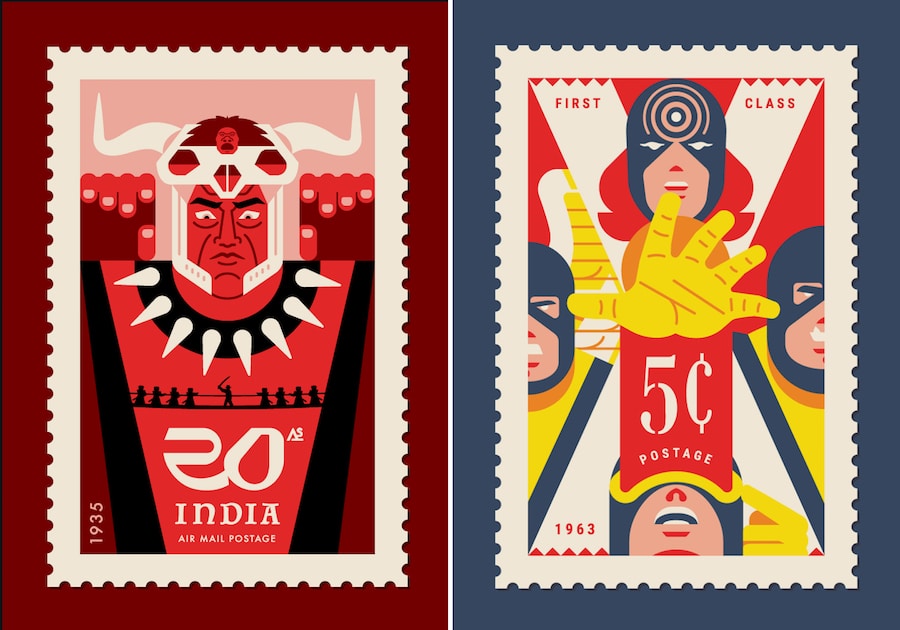 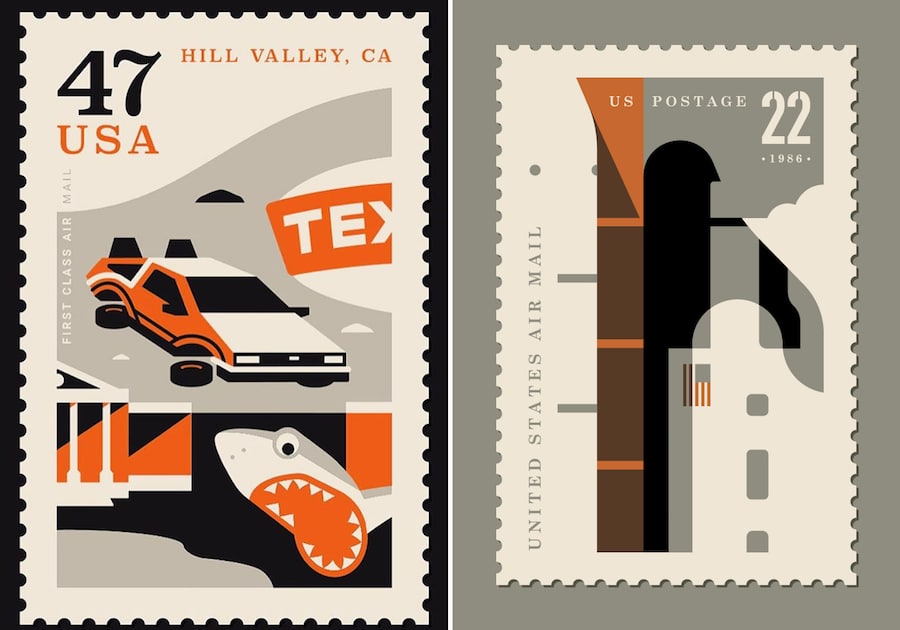 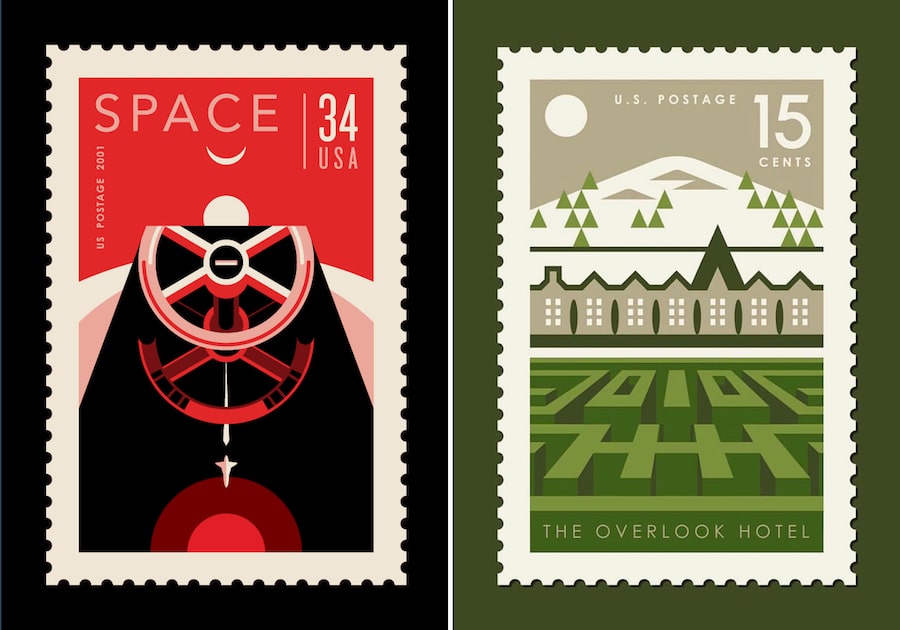 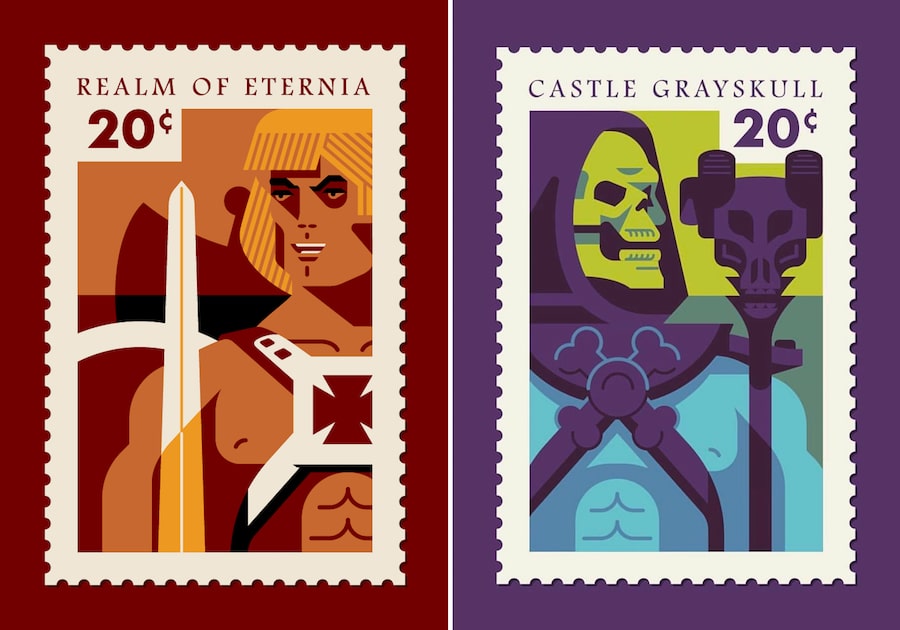 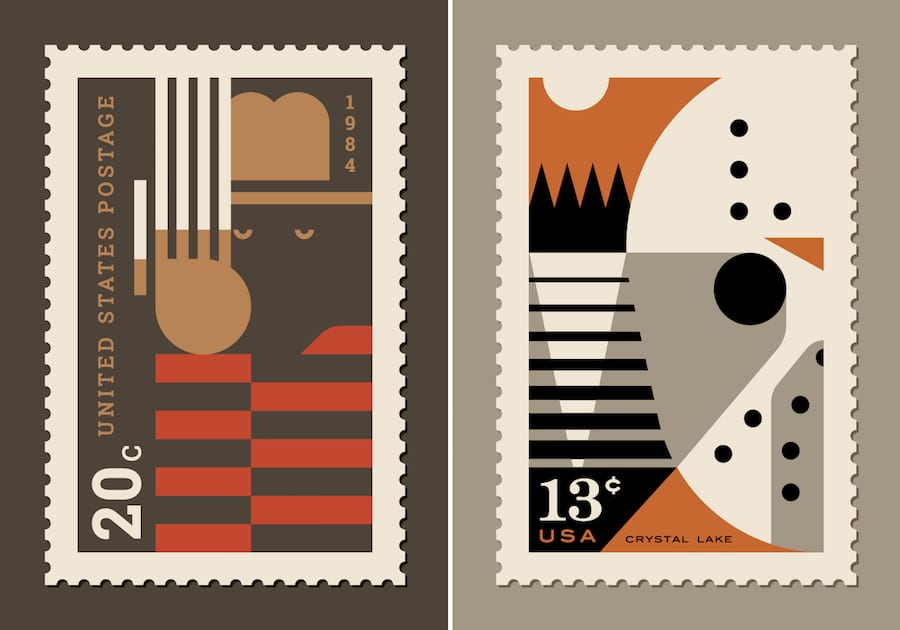 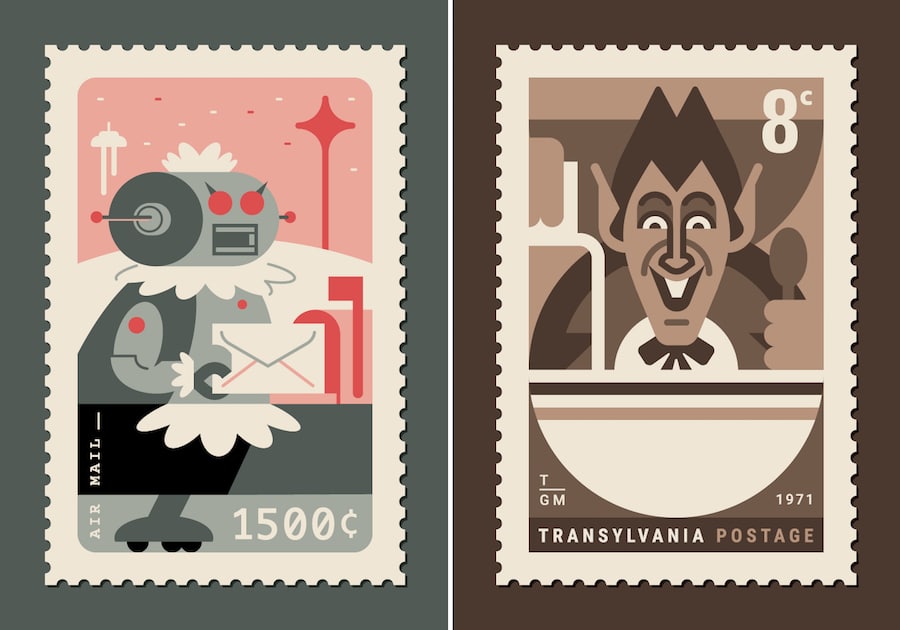 Endor, inspired by Star Wars: The Return of the Jedi 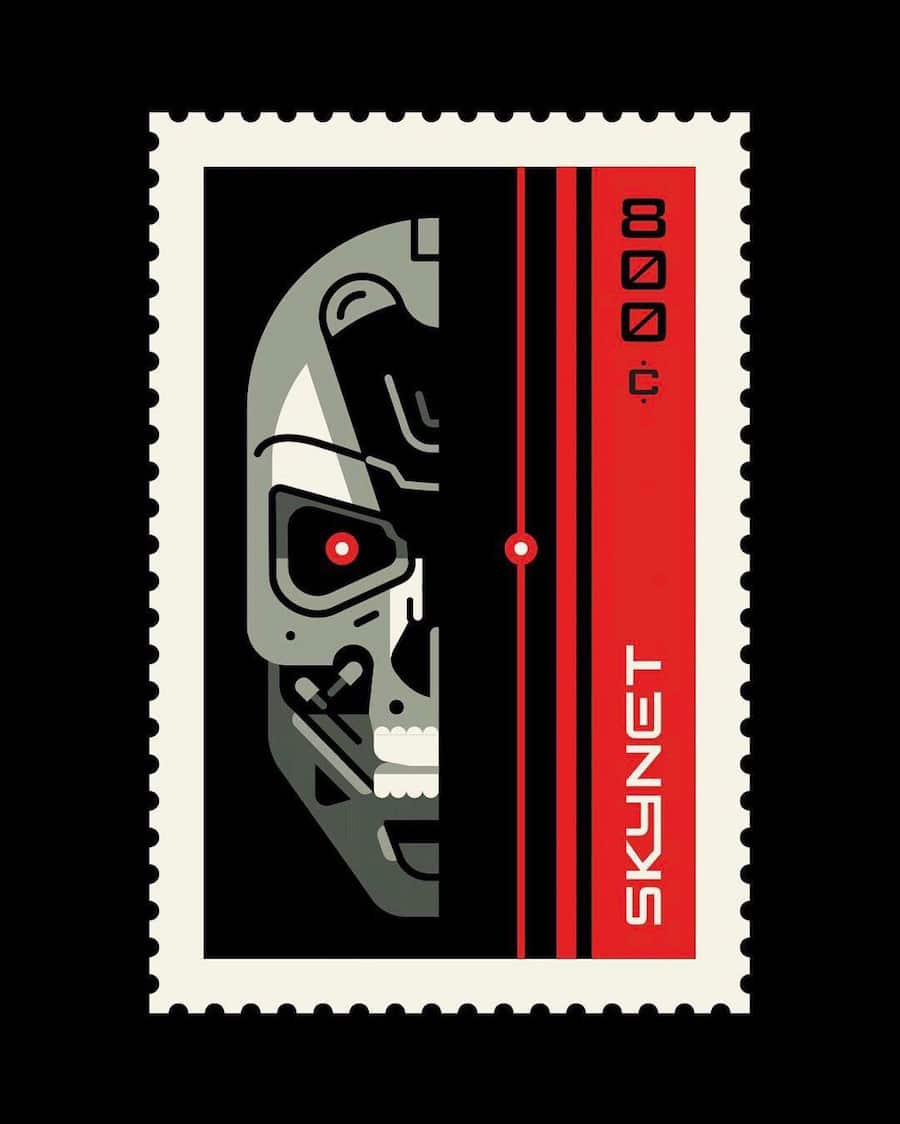