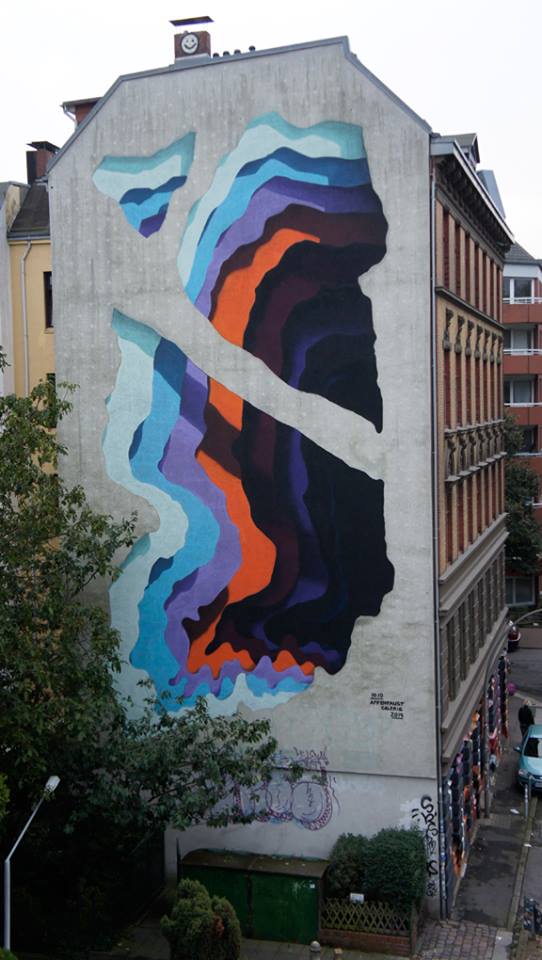 Since 2009, German street artist 1010 has been creating these mysterious, portal-like street art illusions on walls around the world. While at first glance it looks like he's layering colored paper, upon closer inspection you realize that you're actually looking at paint on a wall. It's a different type of street art than we're used to. Recently, for the urban and contemporary art festival in Hamburg called Knotempunkt, 1010 created a huge mural that was layered in colors; blue, purple, red, and black. (See above.) The paper-like layers descend into darker colors until it feels like you're looking into a dark abyss.

You can watch a video to see this mural take shape, here. Affenfaust Galerie states about 1010: “His art deals with language, symbols and signs, with automatism of perception and the structures of society. In his paperworks he purposely uses a beautiful aesthetic to bring critical topics to the viewers attention. He lures the eye skilfully along well-balanced color shades deep down in an illusory black chasm. In his monochrome acrylic paintings of birdworms, he creates a rather dark atmosphere with these dark convolving creatures. 1010 i a conceptualist. His art doesn't explain itself. An elaborate system underlies it, which evolved over the last years.”

Hashimoto Contemporary gallery in San Francisco just announced that their next exhibition will be the US debut solo show of 1010. Nimbus will open on Saturday, February 7th, at their Sutter Street gallery. 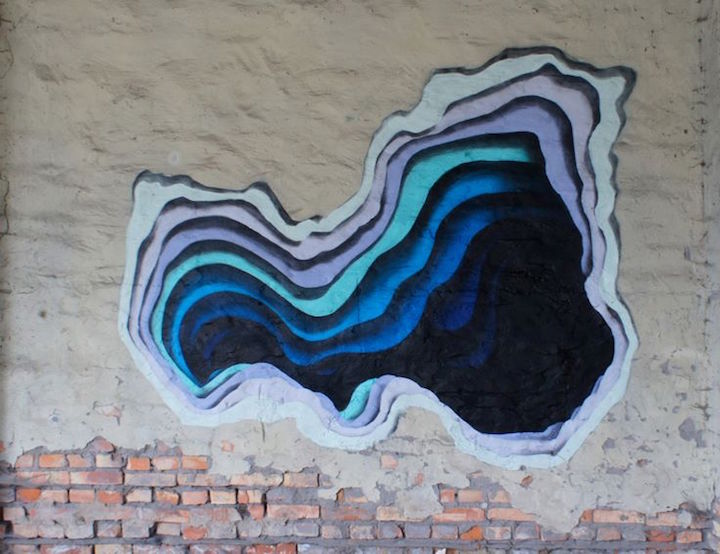 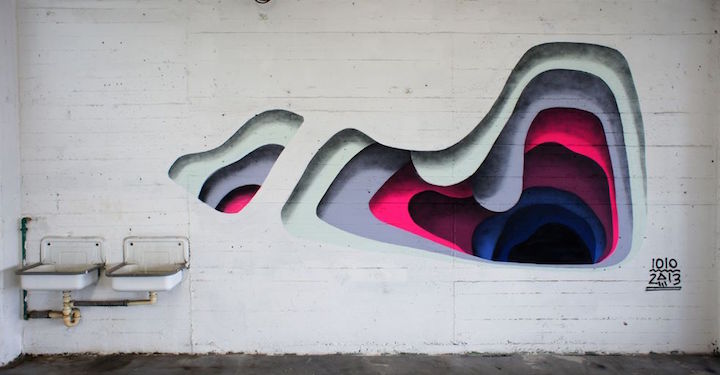 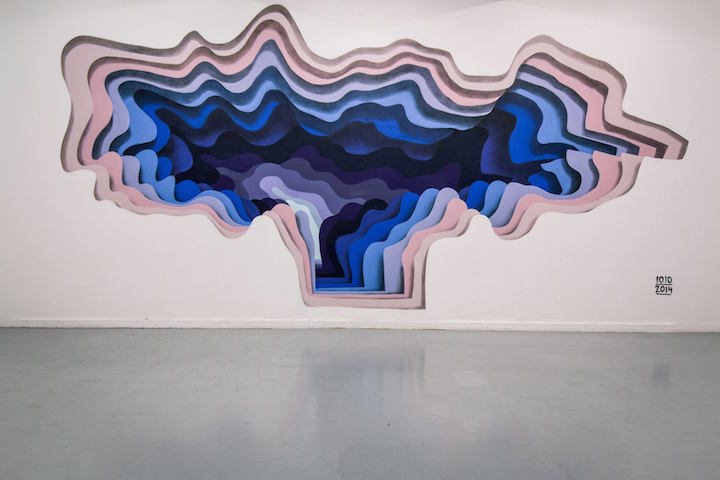 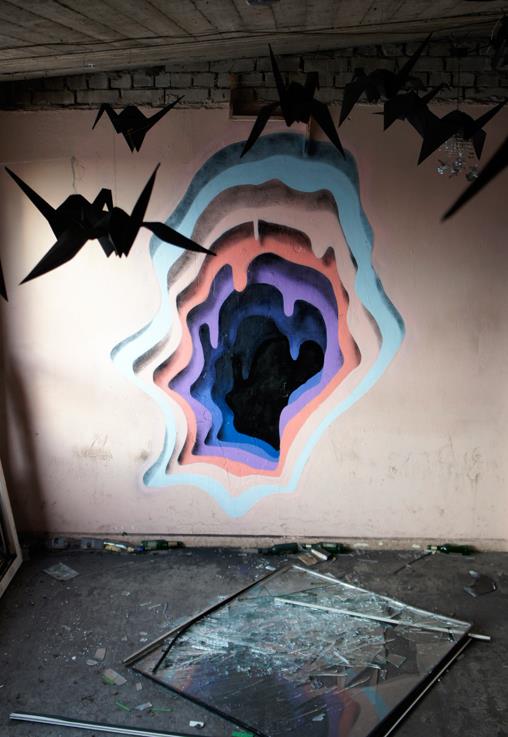 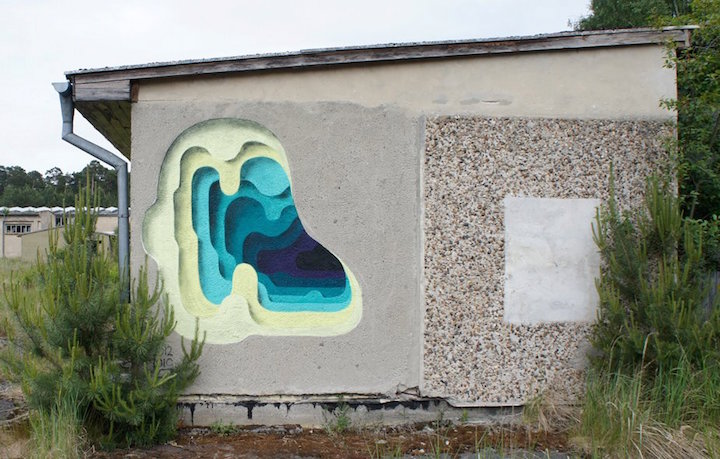 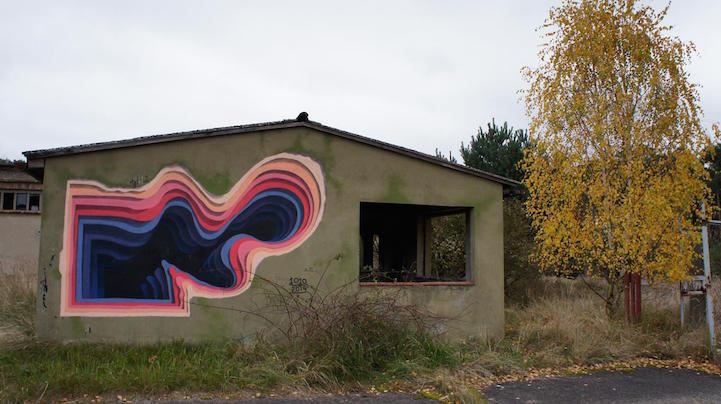 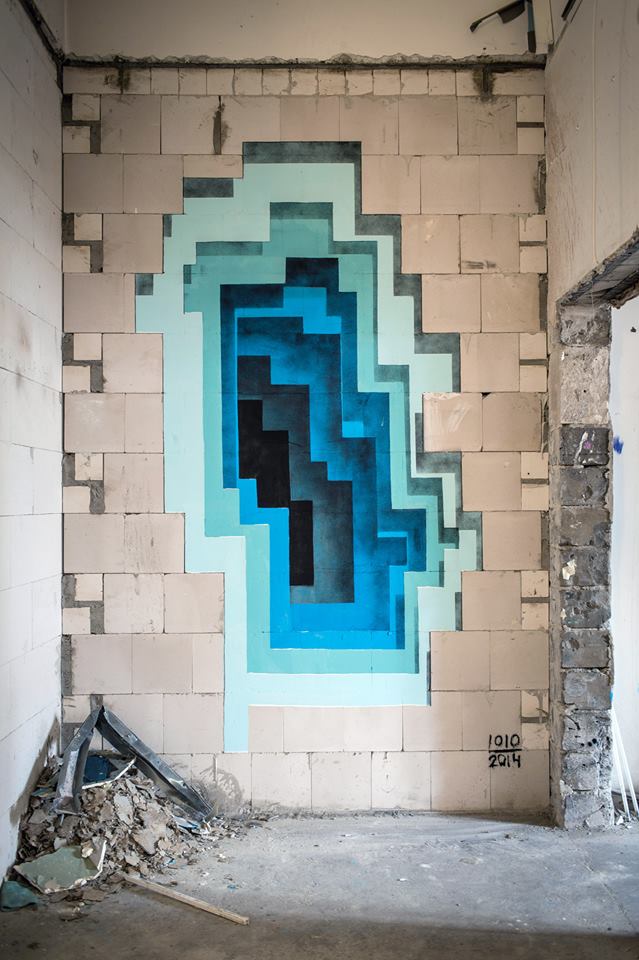