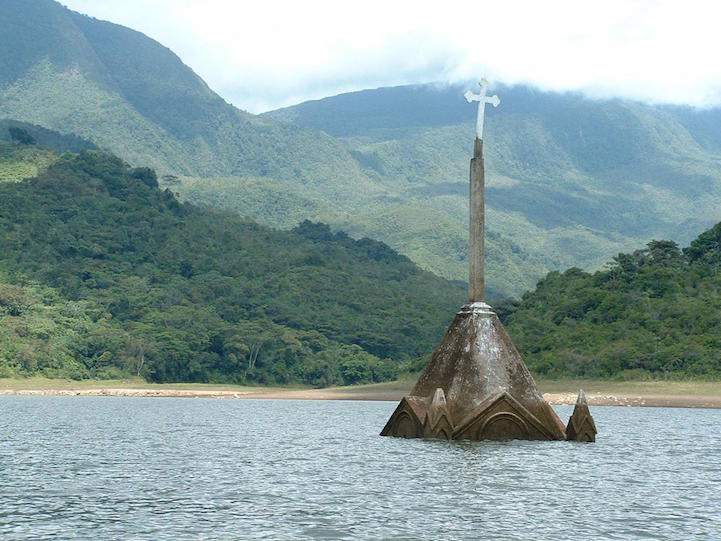 Cities and buildings emerging out of the water may seem like a mystical occurrence, but in the case of the church of Potosi in Venezuela, it was not quite an act of God. The town of Potosi, which had approximately 1,200 residents and was 7.7 square miles, was deliberately flooded by the Venezuelan government in 1985 to build a hydroelectric dam. Everyone was forced to evacuate, and all houses and the single church were abandoned and submerged under the waters of the Uribante Reservoir, save for the single cross standing atop the church.

From 1985 to 2008, visitors to the Uribante Reservoir would witness a lone cross rising out of the water, serving as an unsettling reminder of what once existed beneath the surface. The church spire was used for many years as a reference point for measuring the water levels. In 2008, the cross began to seemingly rise higher out of the water, revealing more of the gothic structure below as waters of the reservoir receded. In 2010, the town of Potosi was fully uncovered for the first time due to an extreme draught caused by El Niño, revealing a large stretch of flat land and a towering gothic church that stands 85 feet. The facade and steeple remain impressively intact, although the body of the church has been worn away due to the water and erosion.

The original city site serves as a reminder of the severe energy shortages in Venezuela, which receives the majority of its power from hydroelectricity. Josefa Garcia, a former Potosi resident, visited the town's square and upon looking at the uncovered church shared her feelings. “It brings me joy,” she says, “but it also makes me sad to see the situation that we're in.” 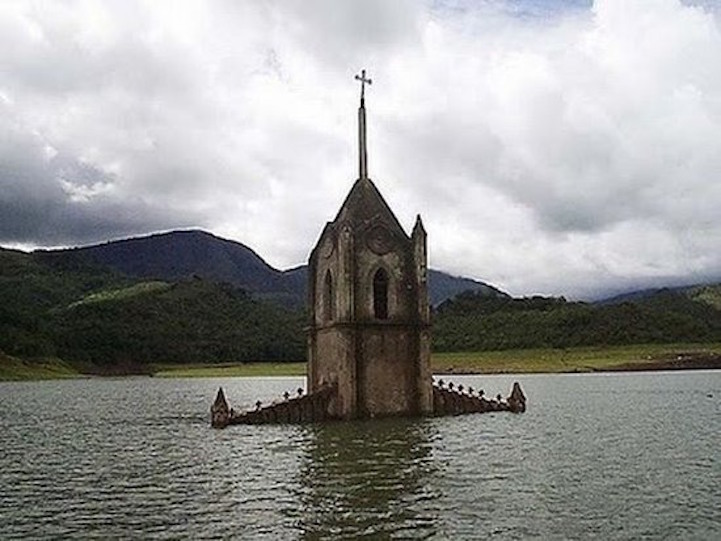 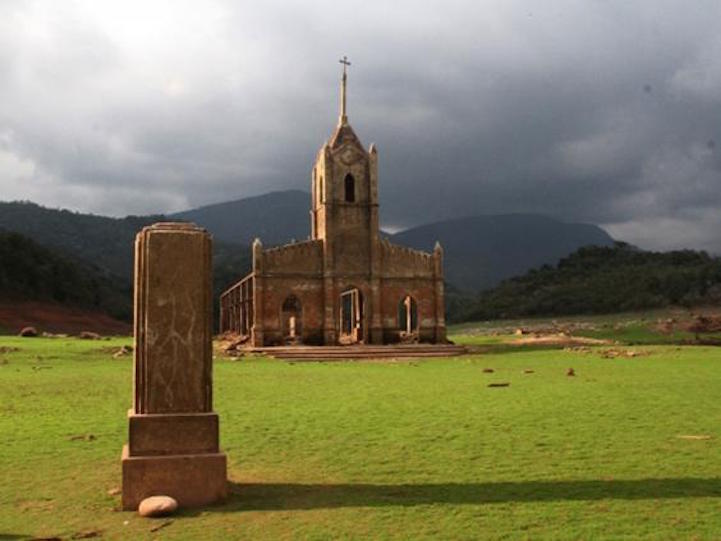 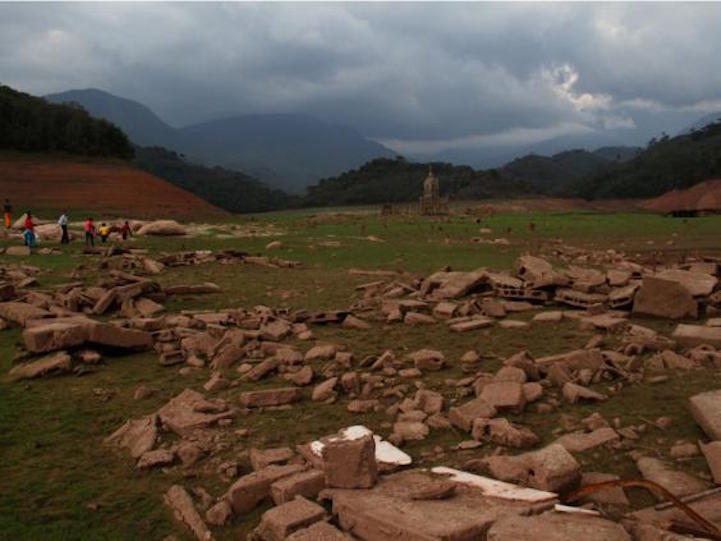 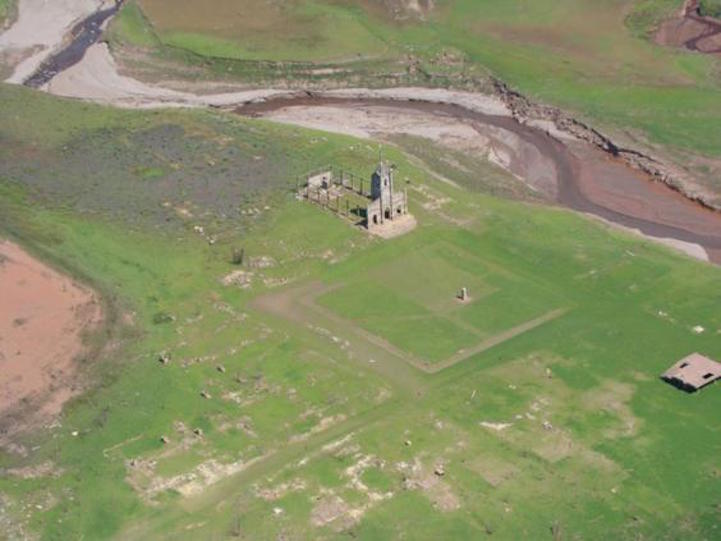 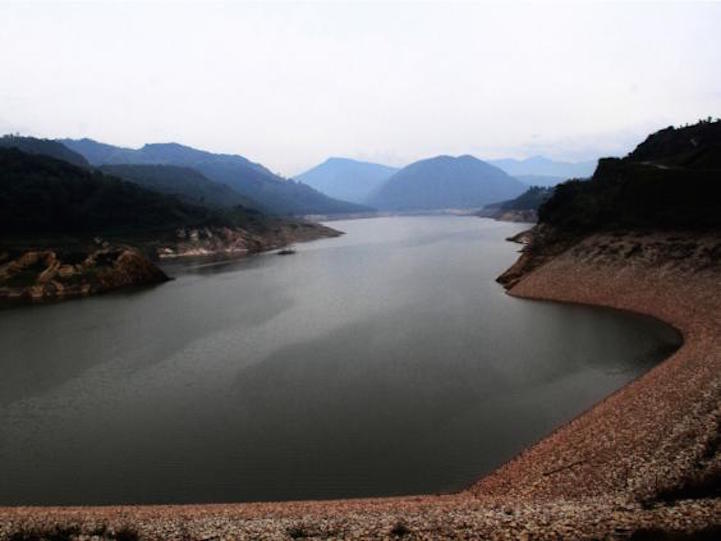 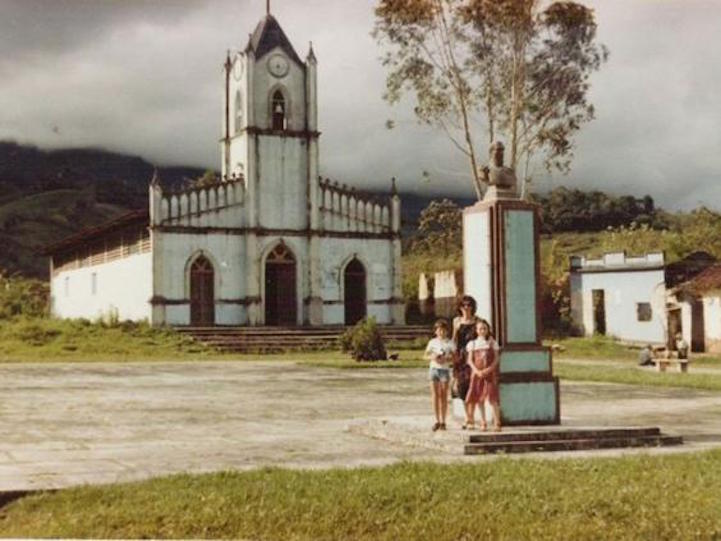 All images via Tachira Government unless otherwise stated.