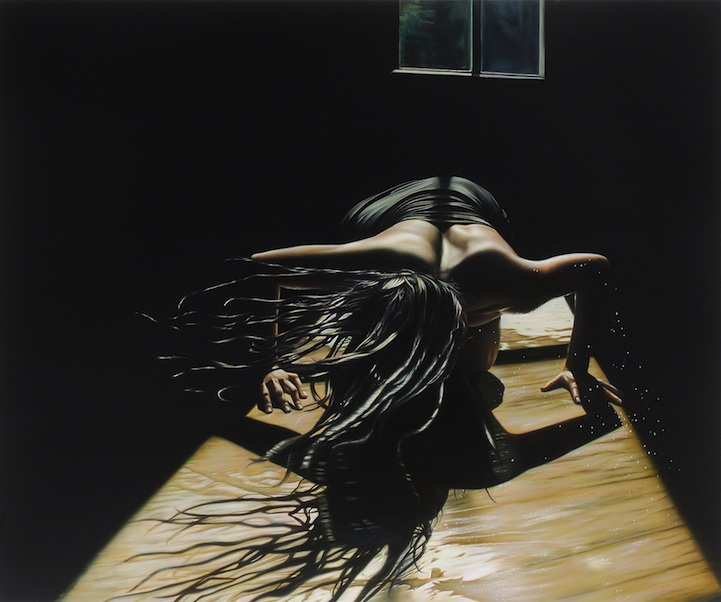 Mexican-born painter Ana Teresa Fernandez holds a master's degree in Fine Arts at San Francisco Art Institute and has exhibited internationally in Mexico and South Africa. Her paintings attack the double standard imposed on women, showing them performing menial tasks like laundry and sweeping. “The notion of trying to mop the beach, sweep the sand, it's like Sisyphus,” she said, referring to the king in Greek mythology who is cursed for eternity to push a boulder up a hill only to watch it roll down again. “People who may have skills and trades come here and end up in this menial work, cleaning hotel rooms, washing dishes. But there's strength, persistence, to get up every day and clean up after someone else. I try to humanize it a little bit.” 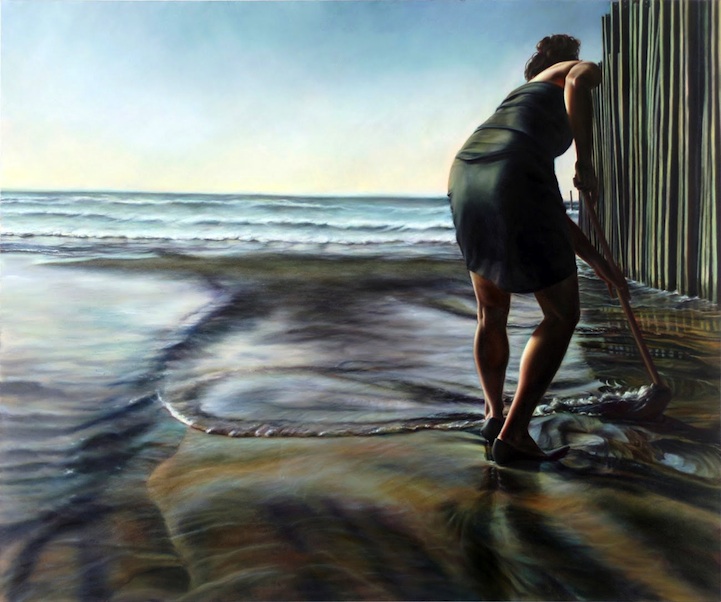 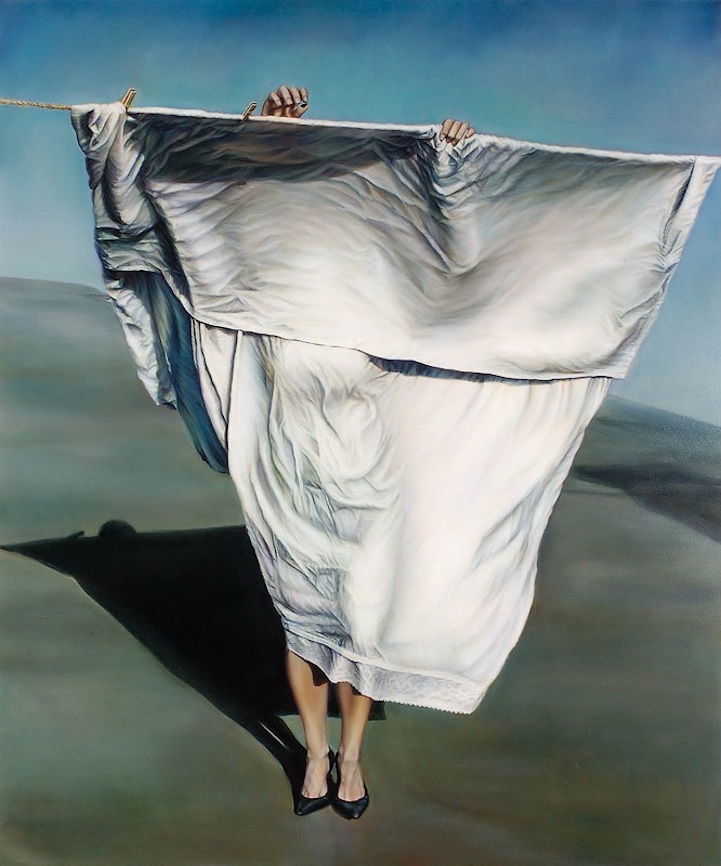 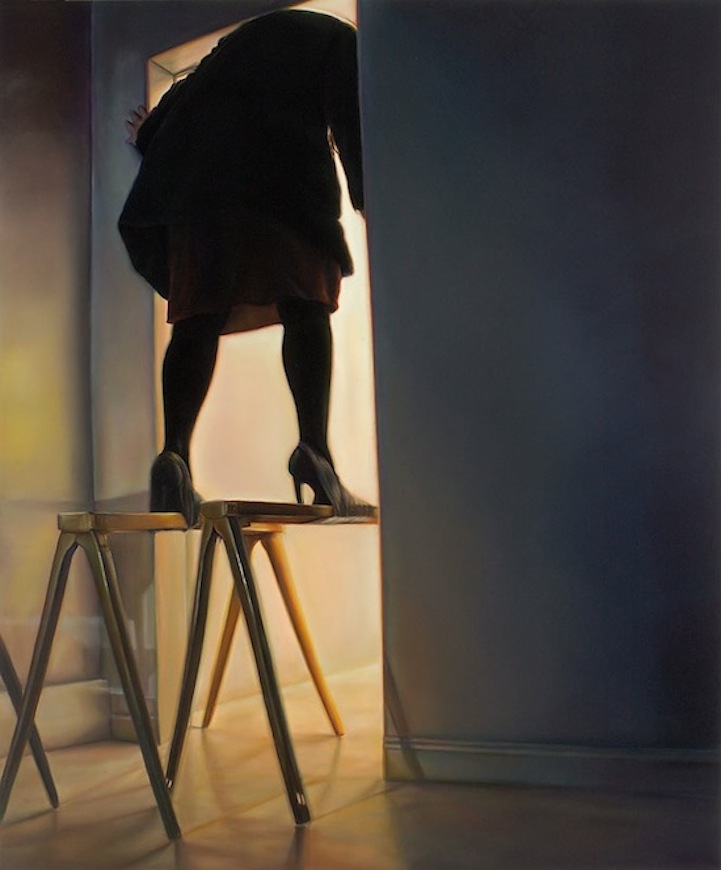 Her upcoming solo exhibition, Ablution, displays the reflective and transformative powers of water. Using oil on canvas, Fernandez manages to make her subjects look as if they're in shift – jumping into a pool with heels on or swimming fully clothed. It's interesting to note that these large paintings are actually based on performances by the artist. By embracing a strong love of metaphor and a dose of magical realism, they defy easy categorization of being simply one thing. Those familiar with her work will see a further questioning of modern society in this latest series. Questions of gender roles, divisions of labor and class are all posed in an arena of masterful painting that is unique to Fernandez. In an ever expanding definition of Ablution, Fernandez looks at literal, corporeal and spiritual facets of a word that has had great meaning in almost every culture. 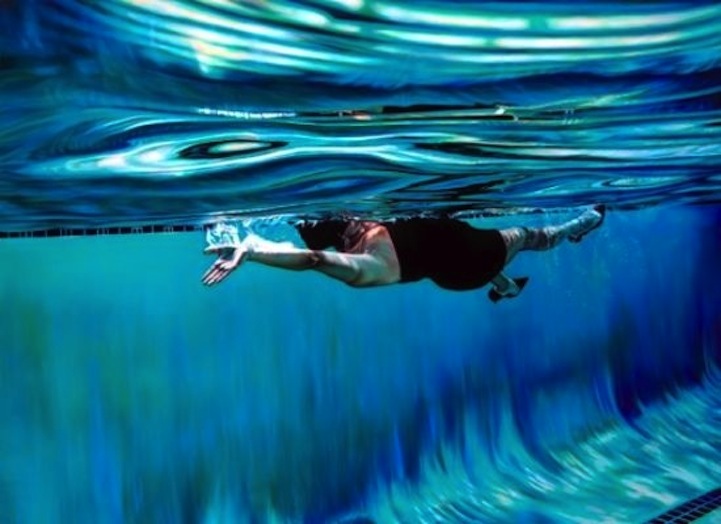 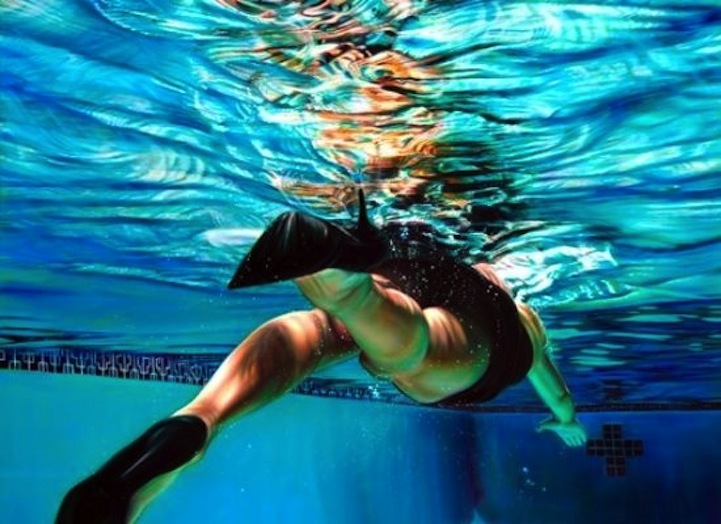 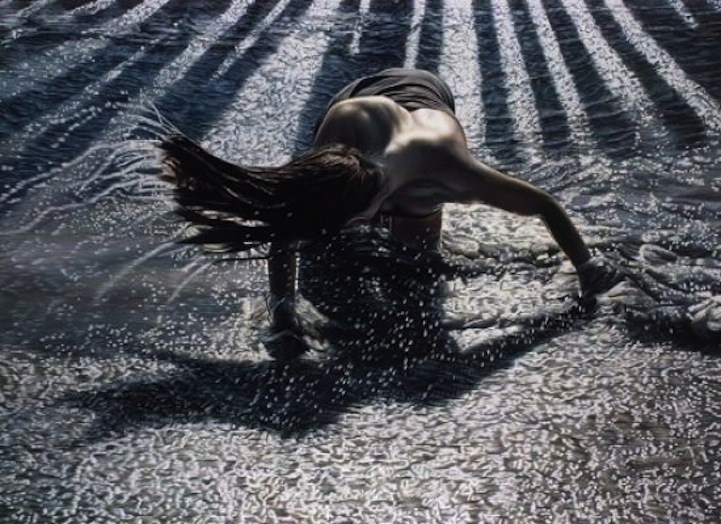 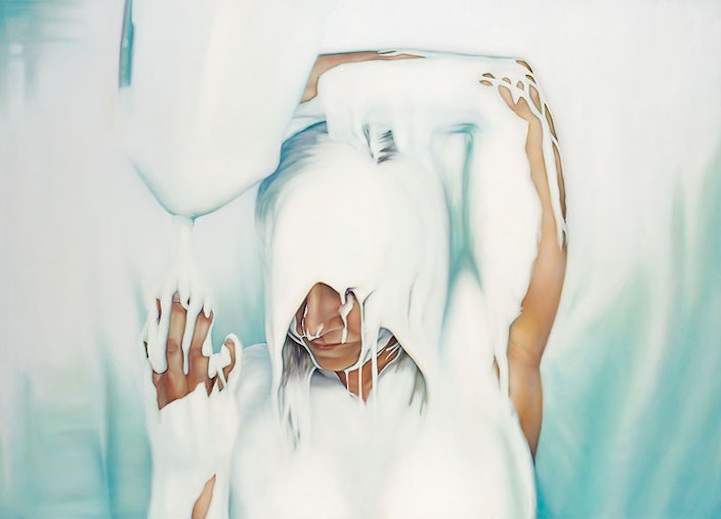