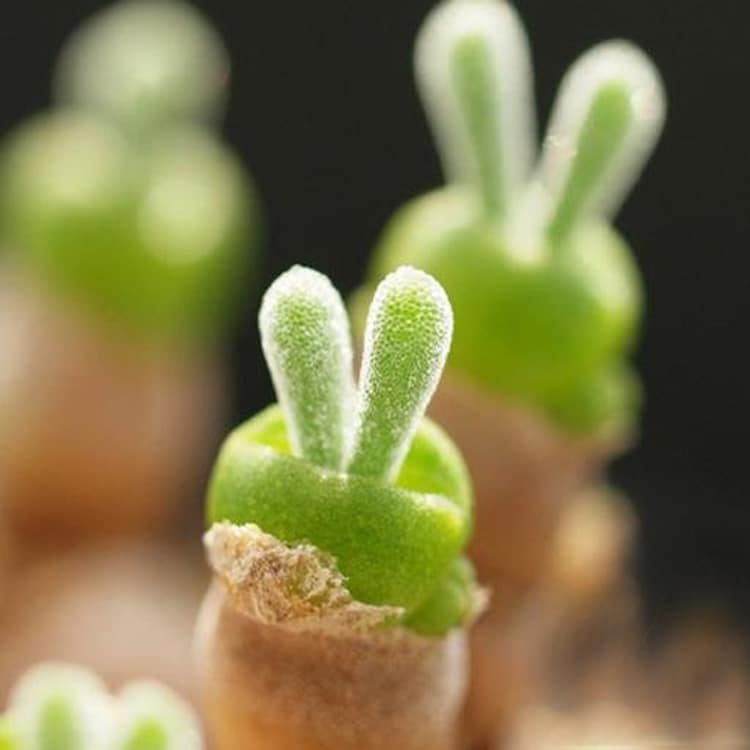 Succulents are a popular plant to keep in your home. They’re easy to care for and can be multiplied by propagating from parent stock. Although they've got these good-natured characteristics, rarely does this type of plant look objectively “cute.” The Monilaria obconica species, however, defies this convention and resembles a cute bunny rabbit once it begins to sprout. As the stalks grow, their bulbous green beads splinter into two separate leaves. Their rounded tops look like the type of long ears that Bugs Bunny would have.

The time to catch the Monilaria obconica in its pique cuteness is right after it sprouts. As the plant develops, its leaves grow longer (and look less bunny-like) and will eventually turn red in the sun with rose flowers.

With its distinct, cartoon-like appearance, it’s no wonder that this plant has caught the attention of kawaii lovers in Japan. Twitter user @celely1128 recently tweeted a picture of bunny flora, and it won the hearts of Japanese Twitter. From that tweet alone, there were over 31,000 retweets and even fan art drawn about the plant. It’s hard not to be smitten with this particular succulent, and we have a feeling that many people will be putting it in their own homes soon.

When the Monilaria obconica sprouts, it has two ears just like a bunny. 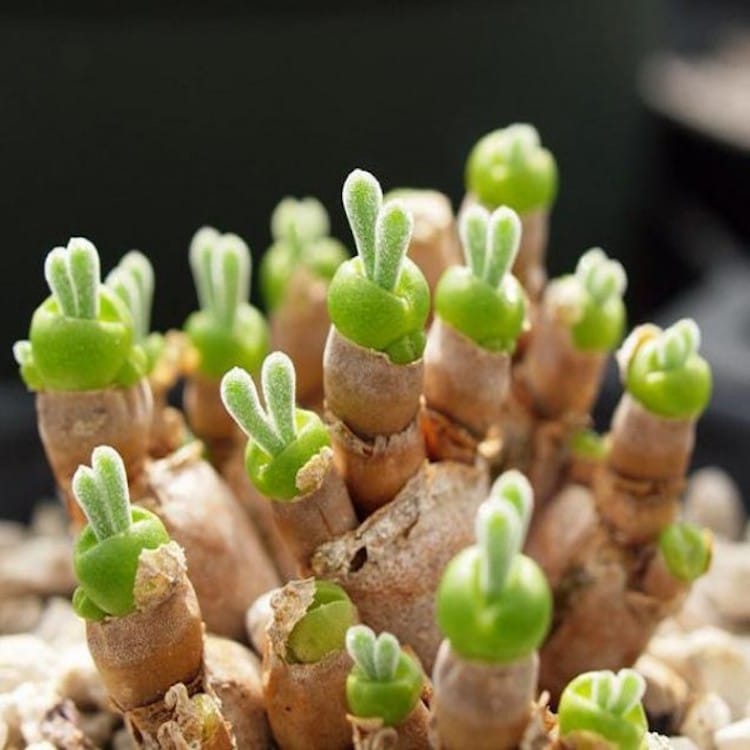 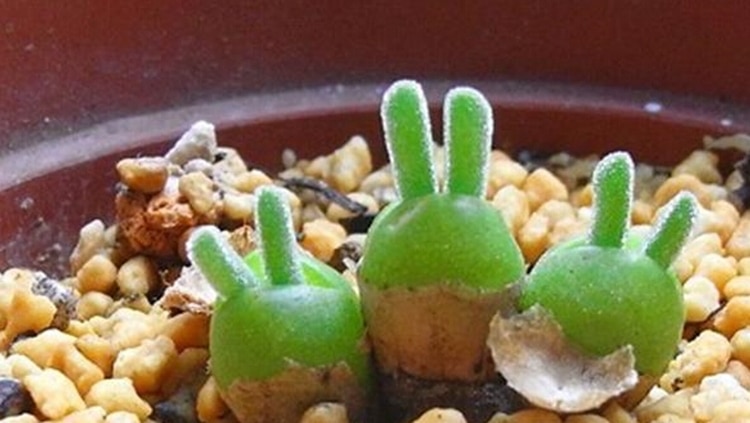 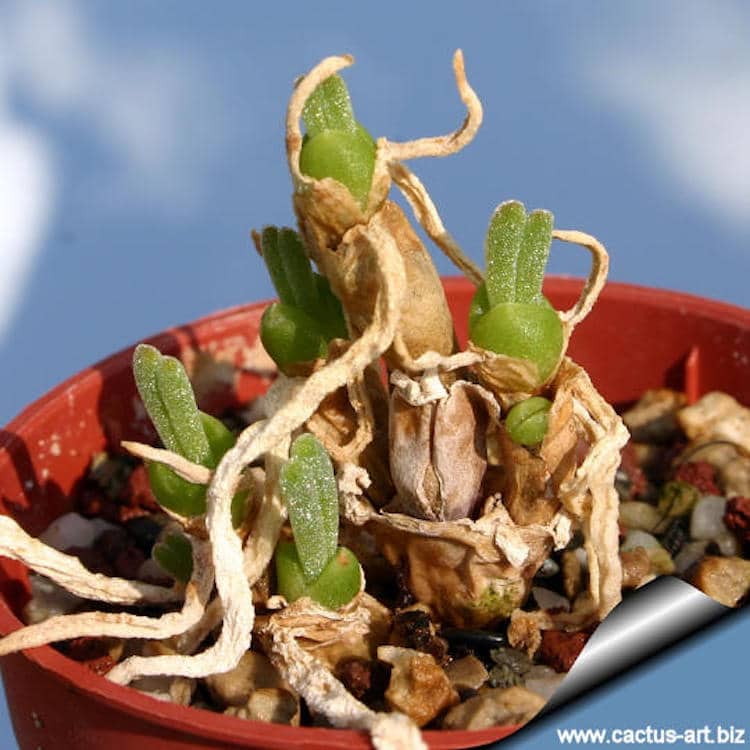 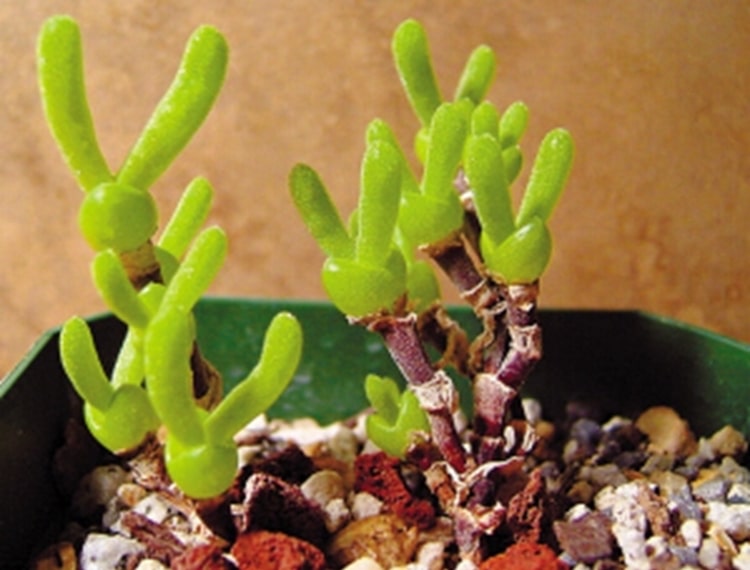 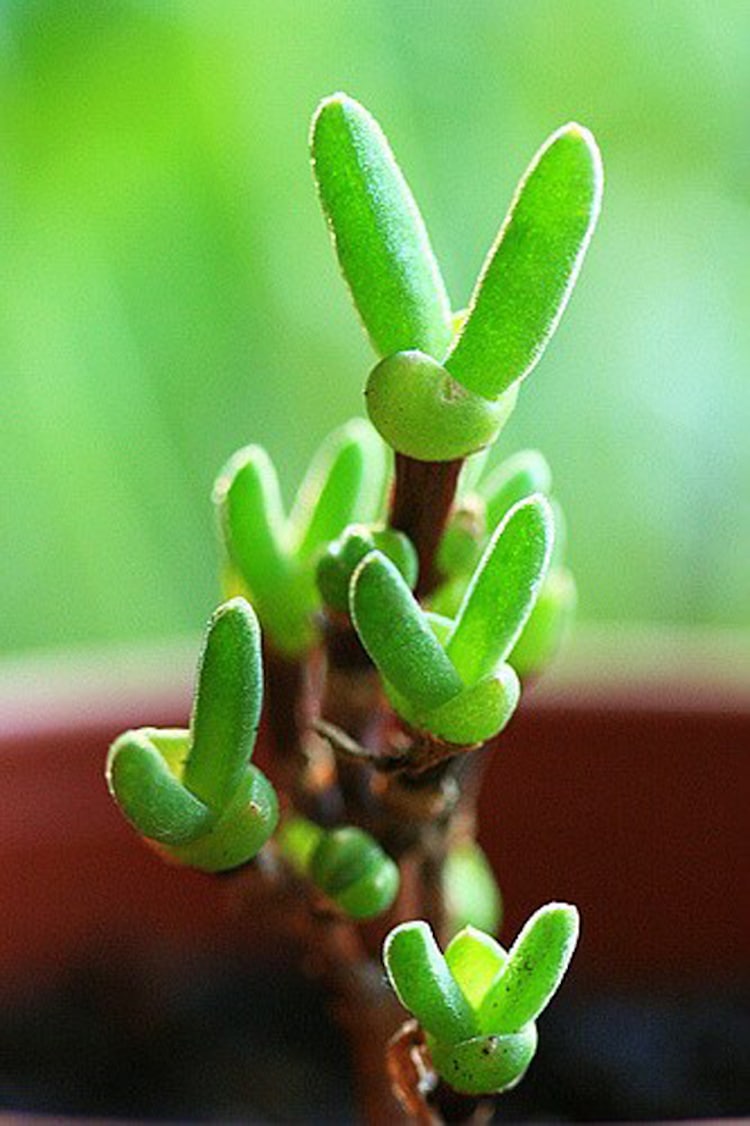 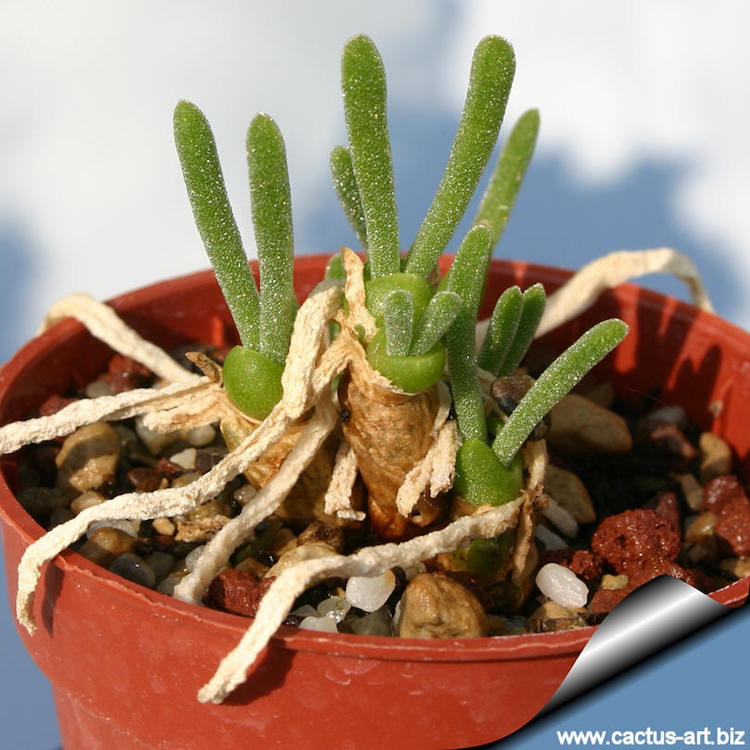