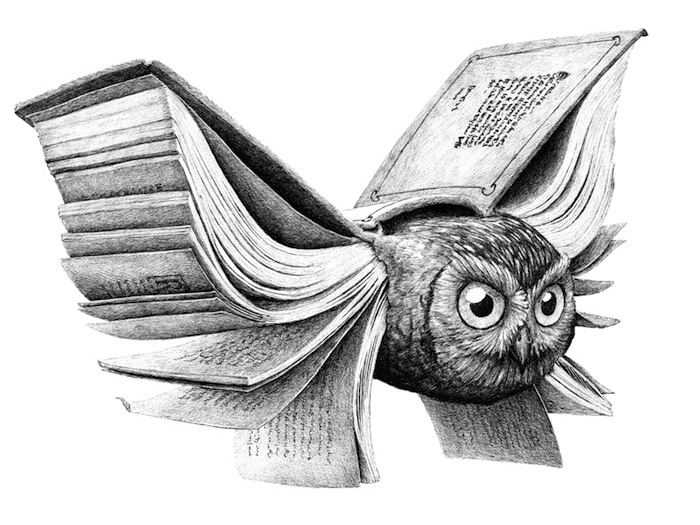 Netherlands-based visual artist and illustrator Redmer Hoekstra draws mind-blowing illustrations that merge together people, animals, and everyday objects in ingenious ways. His detailed illustrations are a fascinating study of contrasts and strange connections between organic and manmade elements, biology and mechanics, living creatures and inanimate objects.

With meticulous pencil work, Hoekstra draws an owl with book wings, a sea turtle whose shell is a ship, a hand with people as fingers, and other bizarre combinations. He even tackles blending three forms together in his illustration of a whale emerging from a submarine that doubles as a banana. Whether you regard the drawings as humorous, playful, or even disturbing, there's no doubt that the artist is incredibly creative.

Hoekstra's illustrations reveal his philosophical musings on how the world works. He explains, “As a child I had all kinds of theories about how the world worked. How things work is a fascination of mine and in many drawings you can find this. I open up appliances and objects and freely change what is inside . Often a subject gets a completely different feeling or meaning. I play with form, meaning and function, while new combinations arise. Often surprising, strange and funny but also with a strange kind of logic, a fantastic and surreal world.” 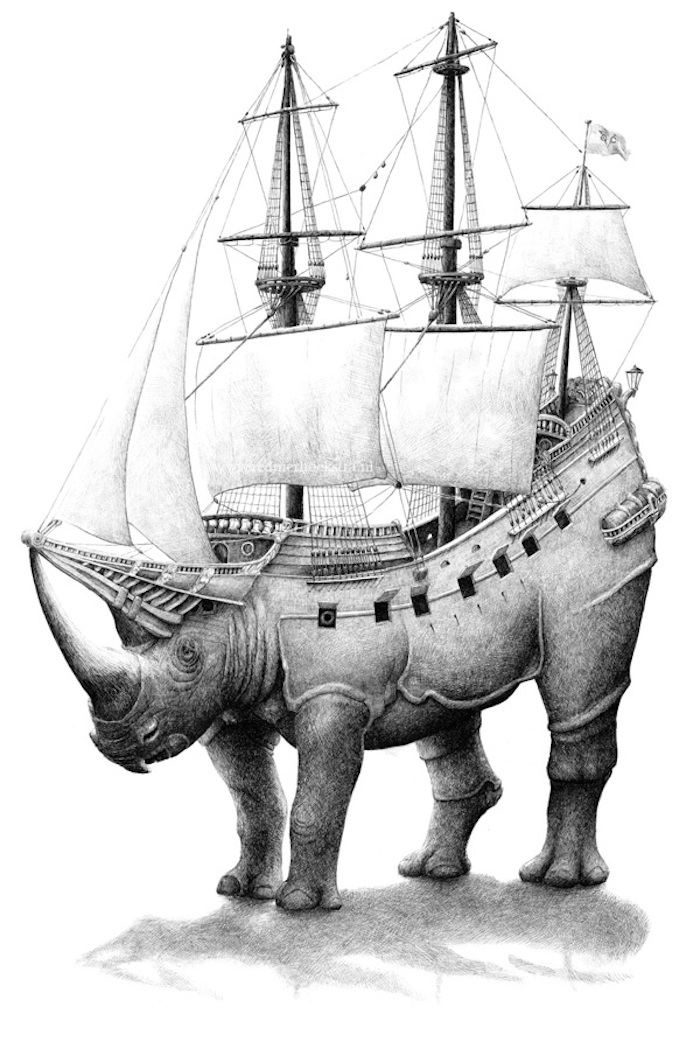 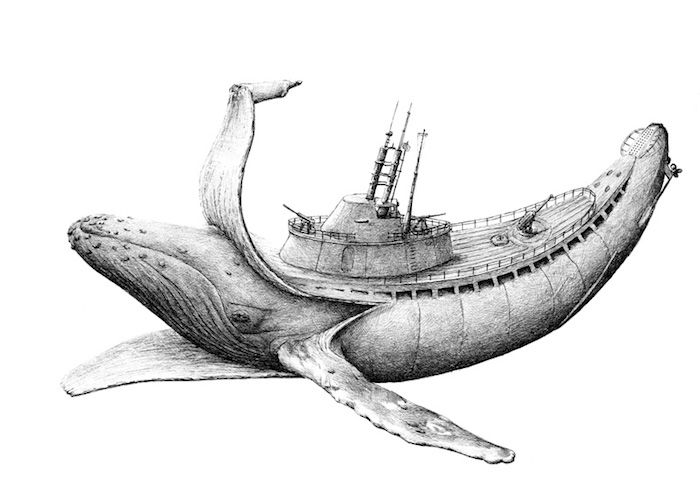 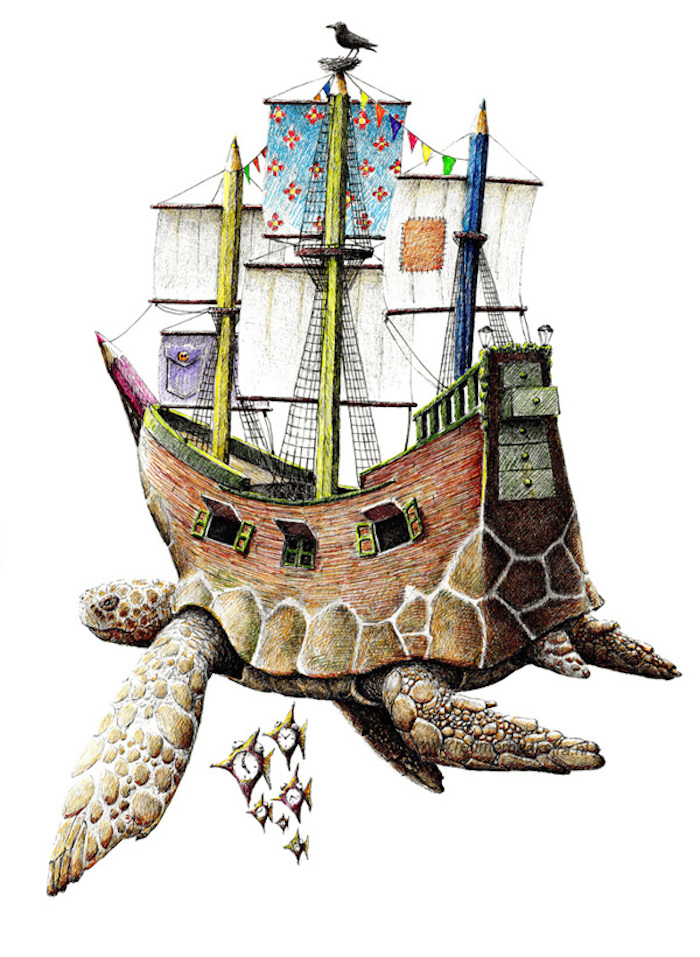 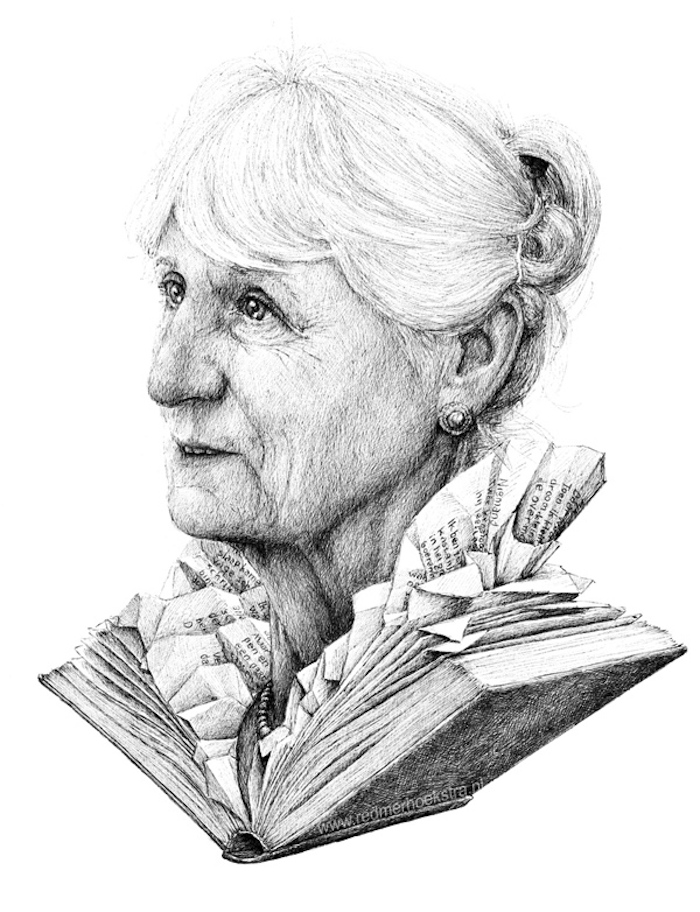 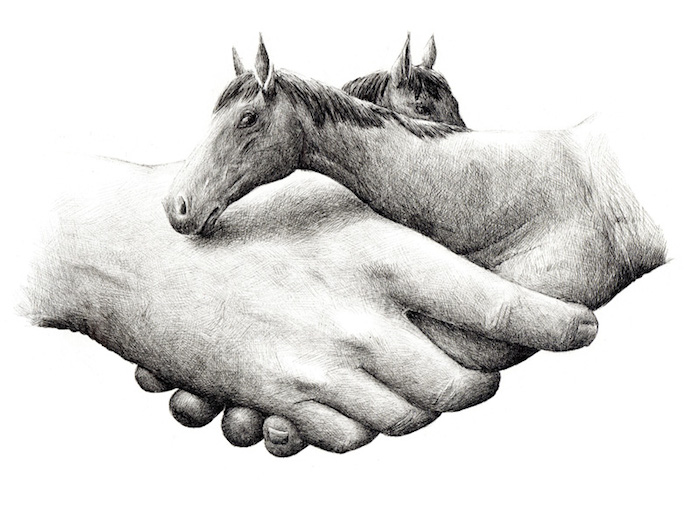 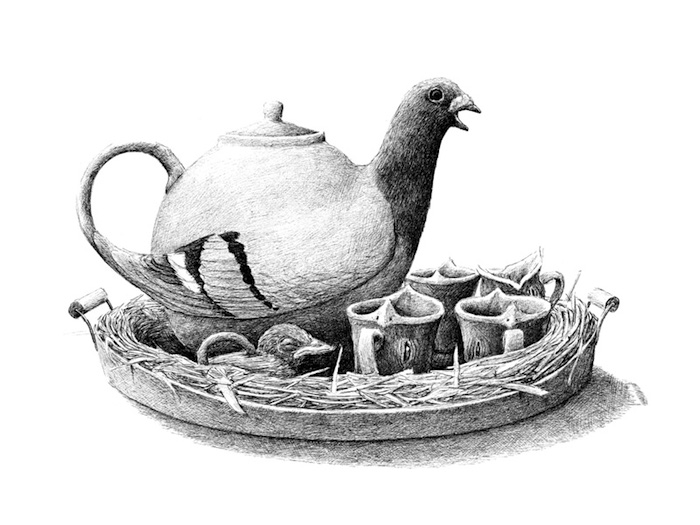 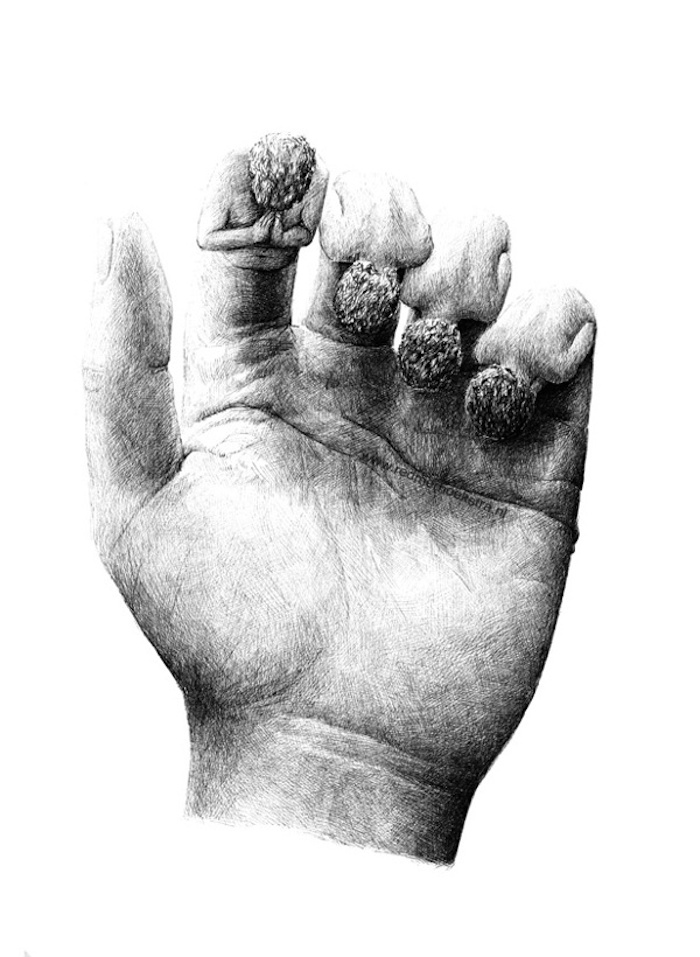 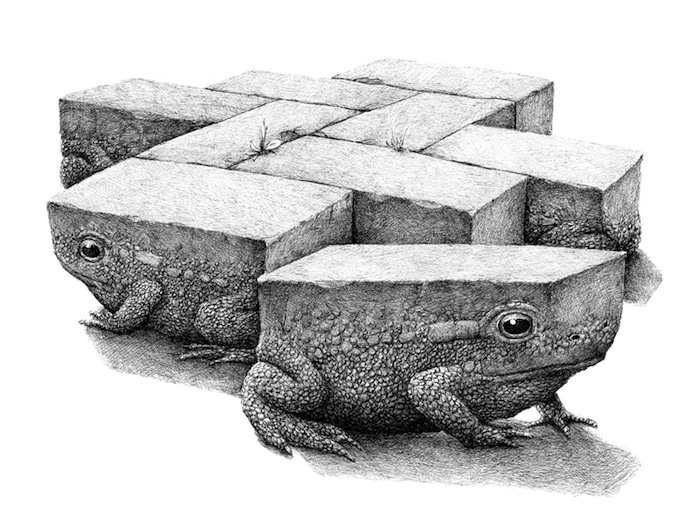 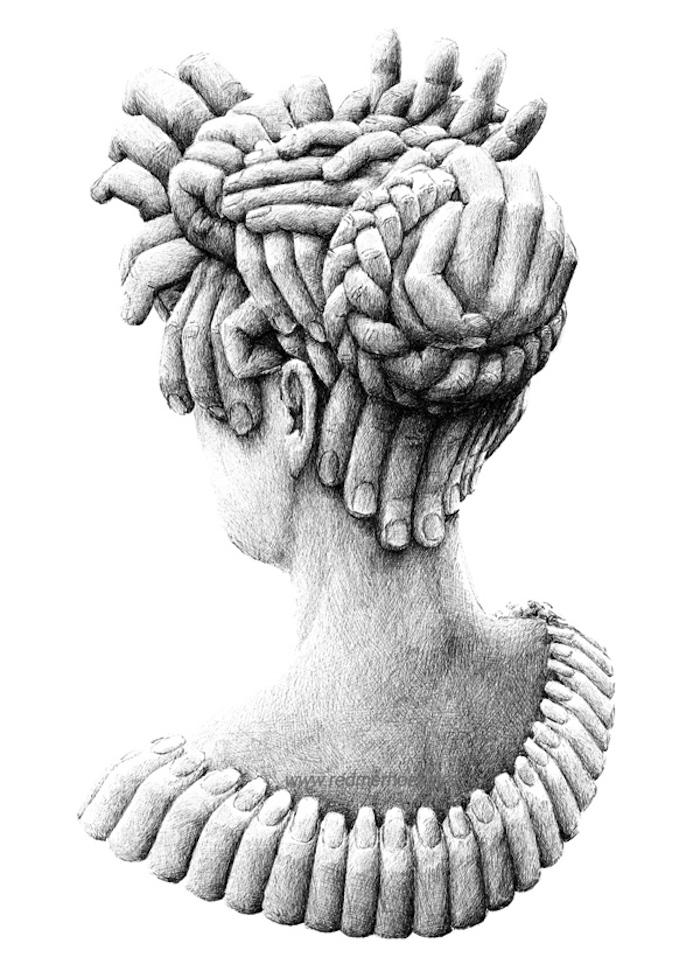 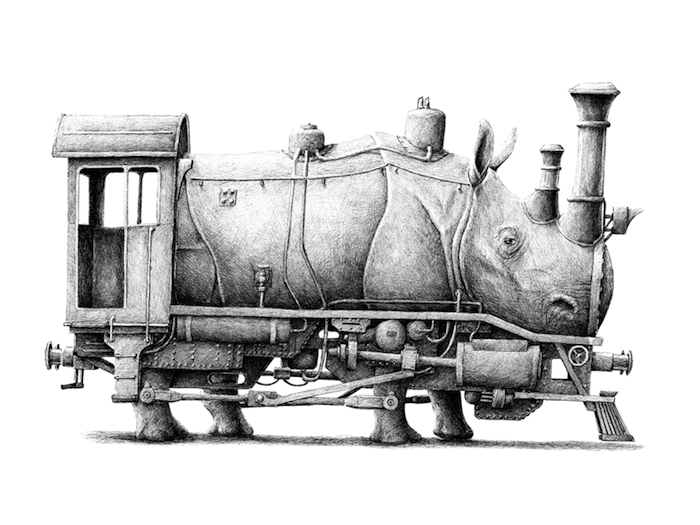 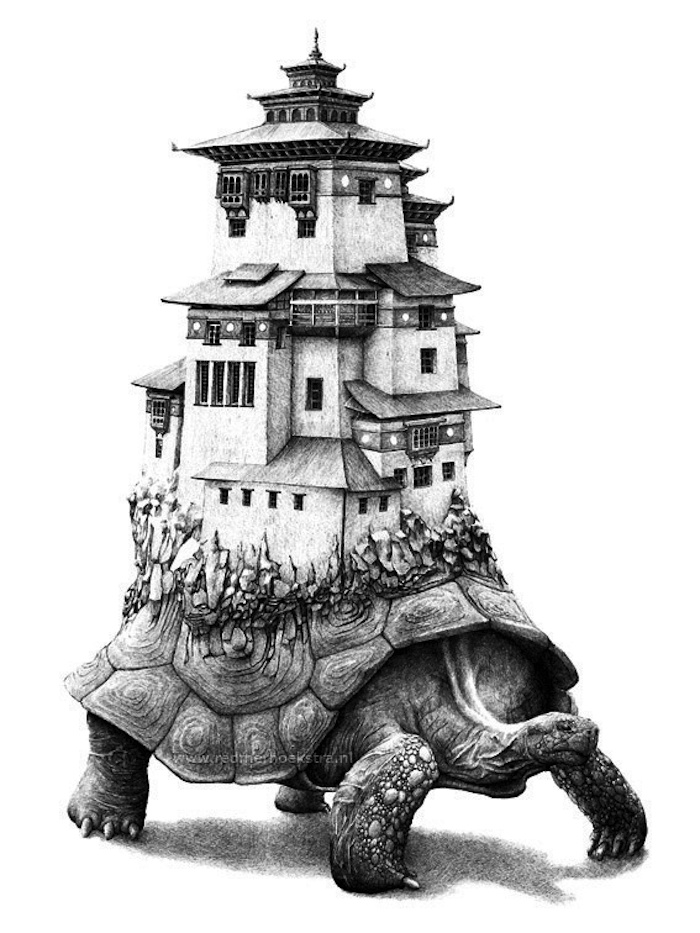