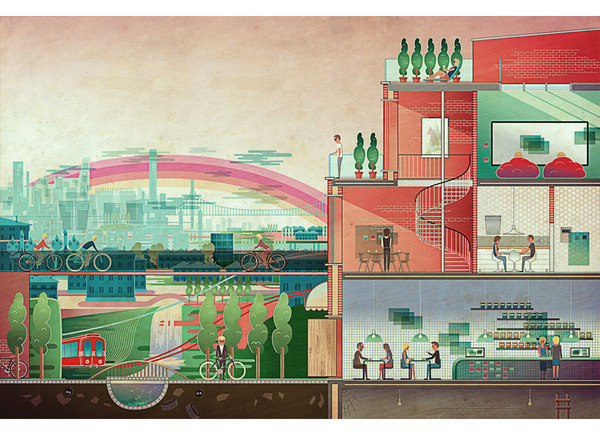 Helsinki-based illustrator and designer Vesa Sammalisto never planned on becoming an artist. In fact, like many of the creative people we profile here, he always thought that it was a far-fetched dream. His earliest memory of being creative involved drawing Donald Ducks for his mom though he does admit that, more or less, drawing has always played an important role in his life. Sammalisto studied architecture but soon found herself applying at the University of Art and Design in Helsinki where he learned about self-expression through images. After graduating, he worked at one of the top advertising agencies in Finland until eventually he decided to jump ship and go at it alone. Looking through his work, you'll find yourself admiring his color choices and his overall style. There's a retro element to it but his story is always decidedly modern. We were able to get in touch with him to ask him some questions. Read that interview below. 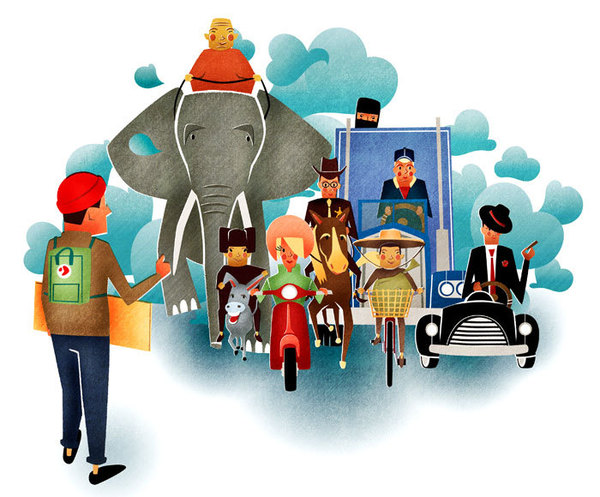 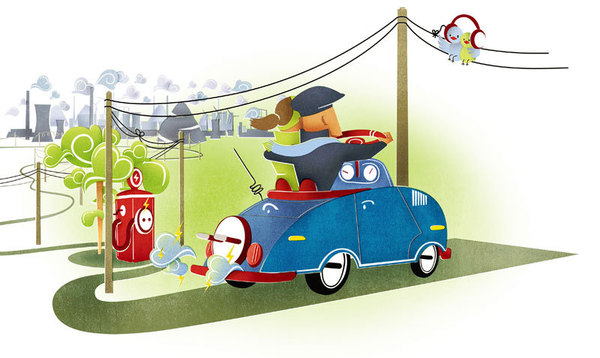 You have a way of depicting modern life in a way that's fresh and original. Where do your artistic influences come from? I like to mix things and I work at creating a nice harmony. Decades from the 1920s to 1950s have inspired me a lot during the last year. Art Deco, '50s ad illustrations, old childrens' books as well as modern street art and clean vector shapes fascinate me. I try to mix some old and some new ideas to create an original style. 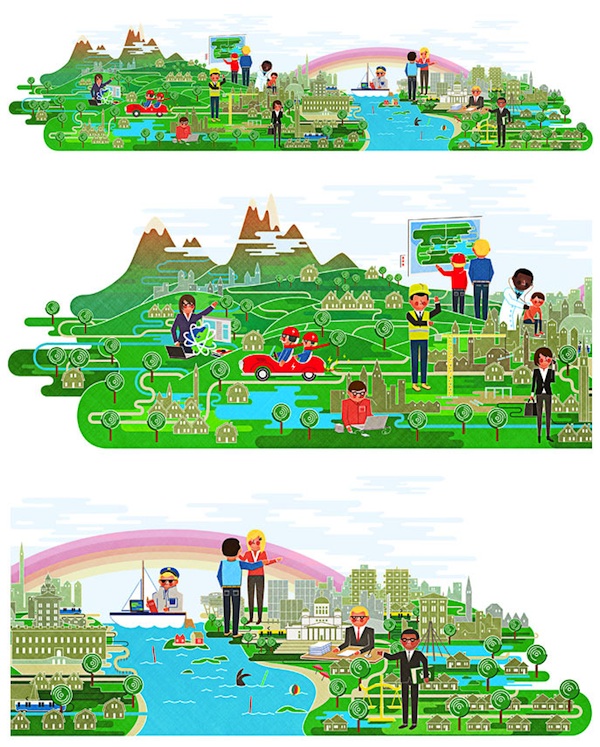 What tools do you use? I work mainly on my computer using a large drawing tablet. Adobe Illustrator and Photoshop are the most important everyday tools. Despite working heavily on computer, I still try to achieve natural feelings in my illustrations. The scanner plays an important role in creating textures and extra layers on my work.

How did you start working with Monocle and Wired? Quite the traditional way I think. I approached them via email and they liked my works and gave me a commission right away. For Monocle, I've recently been working with them quite a lot and have received some very nice projects. Best feedback from your work is getting another commission. For Wired, something new is coming out soon. 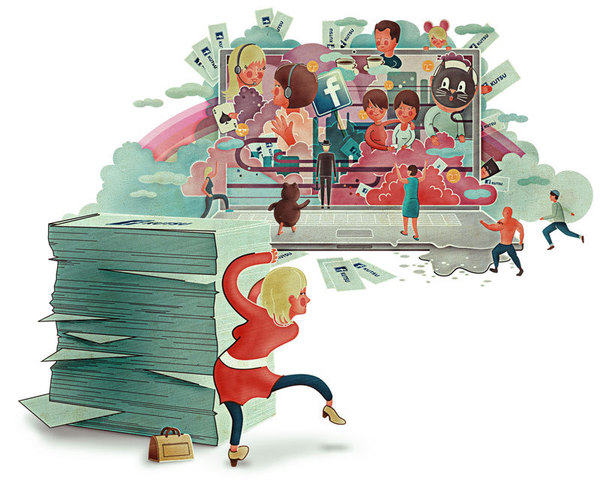 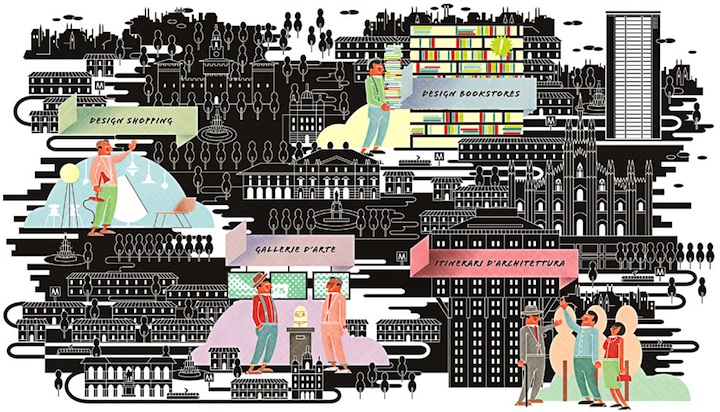 How has living and working in Finland influenced your style? Finland has always been quite remote area so you have to shout real hard to get your voice heard. Having to push hard just gives me more motivation and perspective to see what it takes to get there. Now the Finnish illustration scene is rising its head big time and Helsinki will be the World Design Capital in 2012 so we're living in interesting times. When it comes to style, I think the Finn's close relationship to nature always leaves its mark to artists working there. I don't purposely try to put any special Finnish stamp on my work. 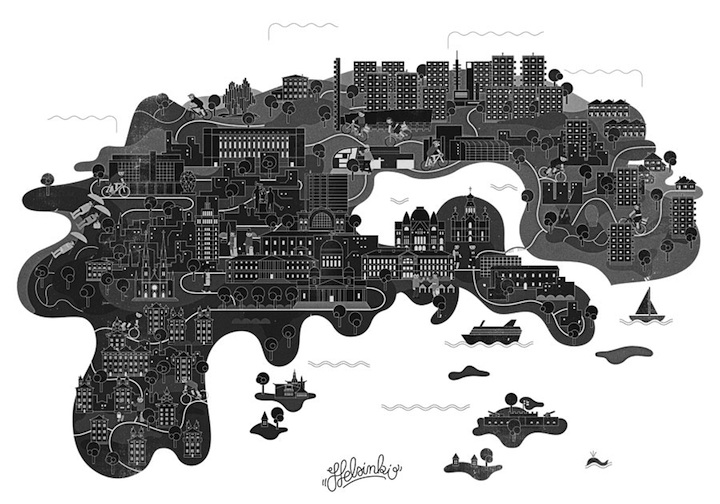 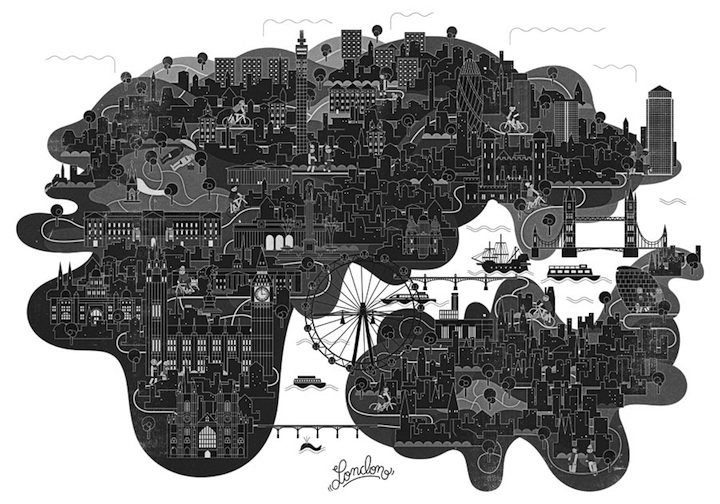 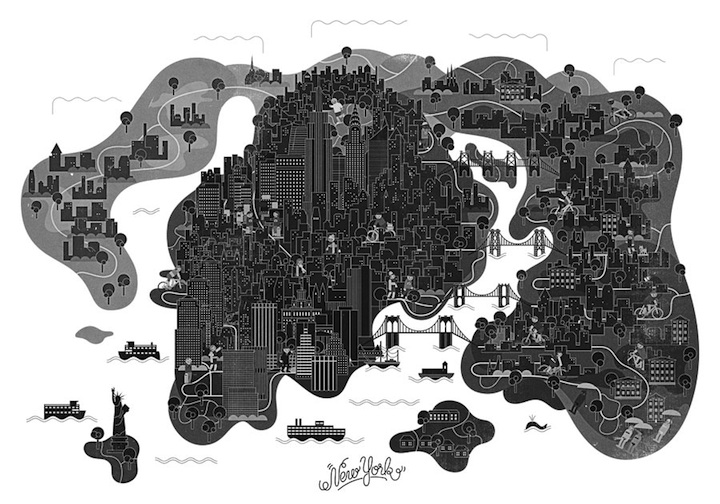 Is there any advice you'd give to aspiring illustrators? Being a full-time professional illustrator now for just less than a year I do not consider myself the best person to give advice. It may sound clich but you just have to believe in yourself. If you want to achieve something you have to live 100% for it. You have to have the courage to make bold decisions and take some risks. Get familiar with the field of illustration and do some research to find out your place in the market and what you have to offer that others don't. Competition is extremely fierce as it is sort of a dream-come-true job. Thanks for sharing your work with us, Vesa. Really love your style. Vesa Sammalisto's website, Behance