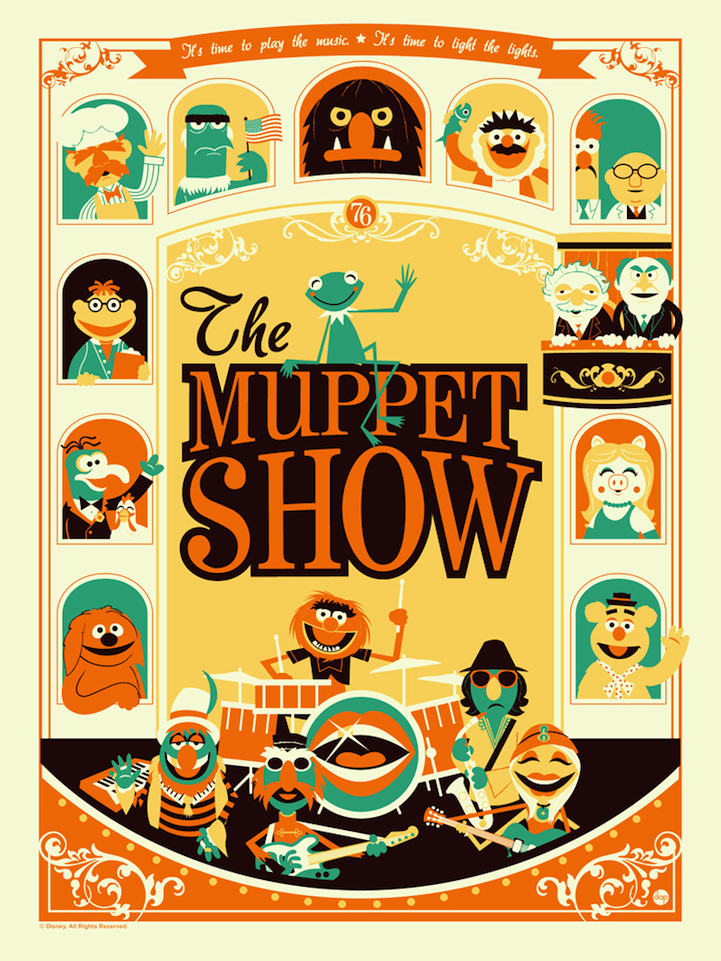 It was illustrator Tom Whalen who first introduced us to Dave Perillo. Both have that retro style that makes you nostalgic for the past but they also use current software that makes their works decidedly modern. After seeing some of Perillo's recent pieces, I got in touch with him to see if he wouldn't mind sending these images over and telling us what the stories are behind them. Lucky for us, he obliged.

Above:
“A company Acme Archives emailed asking if i would be interested in doing any prints for any of the companies they have licensing agreements with which included Disney,” he tells us. “Well, since Disney now has the rights to the Muppets, I jumped at the opportunity, i grew up watching the Muppet Show and thought it would be a lot of fun to do a tribute piece for the 35th anniversary of the show. Both the regular and color variant will be debuting at this year's San Diego Comicon.” 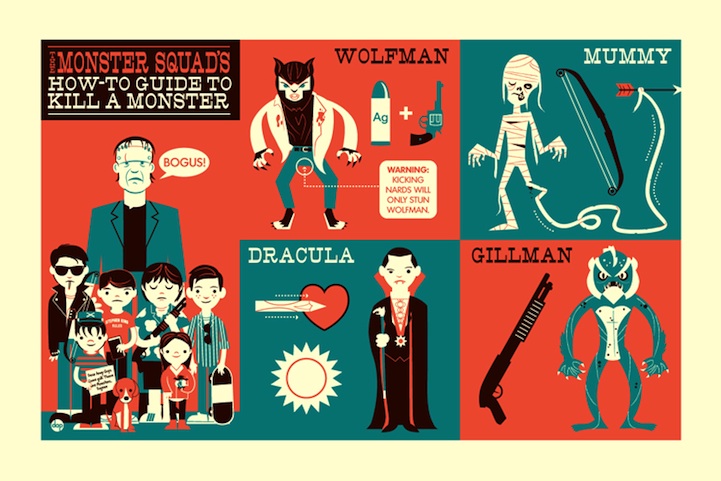 “For the past three years, I have been a part of a group show, at Gallery 1988 in LA, called Crazy 4 Cult which is art based off of cult movies,” he says. “I chose to do a piece based off of one of my favorite cult films, Monster Squad. It's such a fun film, it's like a mash-up of the old universal monster movies and the Goonies.”

Did anyone else read what it says in the Wolfman box? Funny! Crazy 4 Cult 5 opens today and runs till July 30. If you're in or around Los Angeles, make sure to check it out.