Planet of the Apes Graffiti Murals 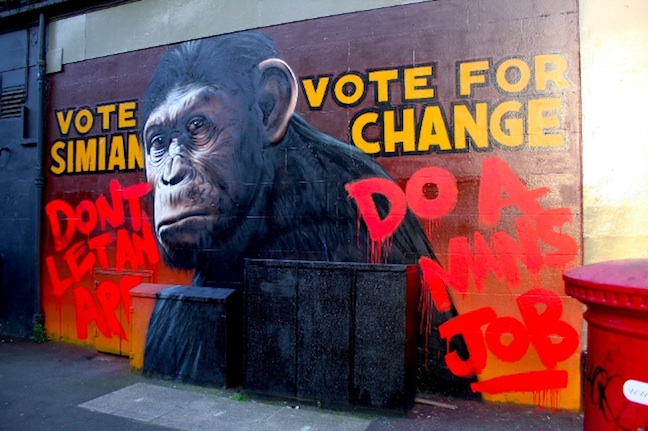 When movies mix with art in ways that make sense, something magical happens. Such is the case for these new graffiti murals made to promote the 20th Century Fox Film movie Rise of the Planet of the Apes. Agency Beatwax commissioned several different street artists around the UK to create works based on the storyline of the film and on the slogan: Evolution becomes Revolution.

“In any revolution, the first signs of civil unrest appear through sloganeering and anti-establishment graffiti on the streets – the writing being literally on the wall,” says Bruce McClure from Beatwax.

Here's info on the movie: “A single act of both compassion and arrogance leads to a war unlike any other — and to the Rise of the Planet of the Apes. The Oscar-winning visual effects team that brought to life the worlds of Avatar and Lord of the Rings is breaking new ground, creating a CGI ape that delivers a dramatic performance of unprecedented emotion and intelligence, and epic battles on which rest the upended destinies of man and primate.” 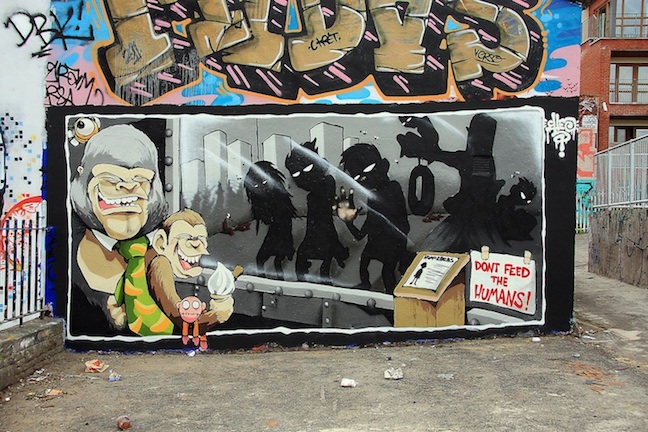 Graffiti artist Cheo's piece features a father with child ape at a glass cage with humans inside. With a sign saying “Don't feed the Humans” outside the cage, Cheo saw it as “a creative role reversal of the usual zoo.” 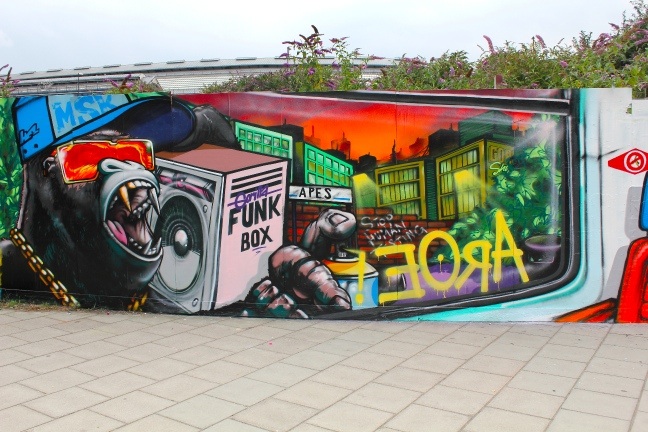 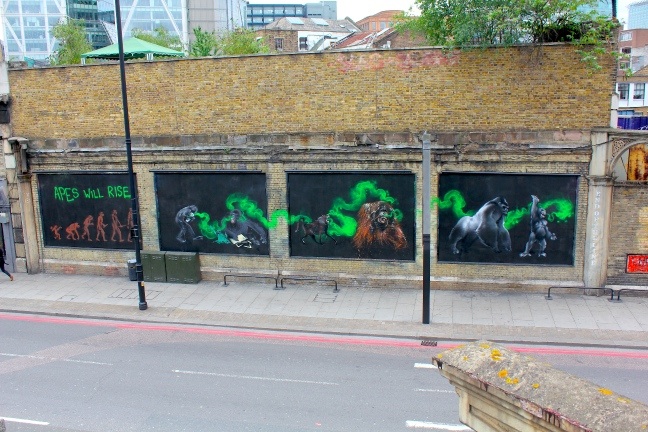 Artist: End of the Line from London 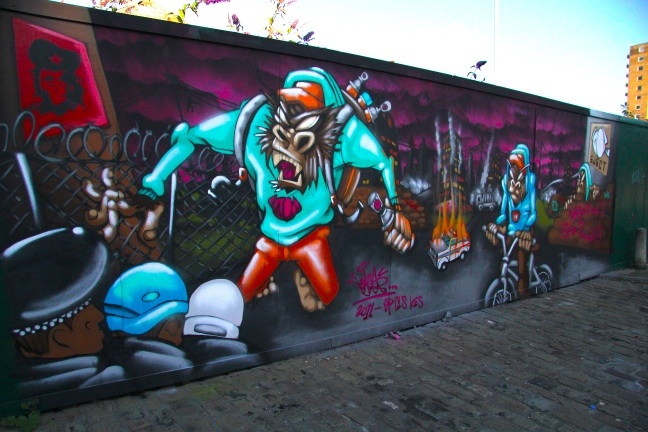 Watch the murals come together on this YouTube channel.