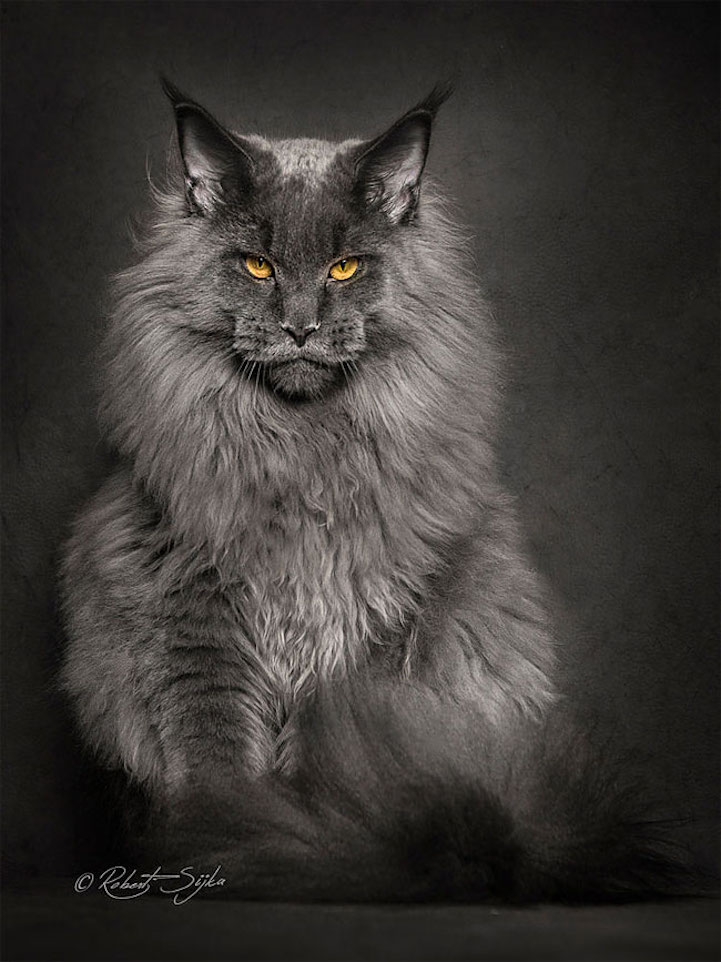 Photographer Robert Sijka sheds new light on one of the internet’s most beloved creatures, cats. The Hong Kong-based creative focuses his attention on the Maine Coon cats, the largest breed of domesticated felines. Their distinctive appearance includes long fur that frames their face like a lion, in addition to a robust build—they can grow up to nearly four feet in length.

Despite this physically-imposing stature, Maine Coons have earned the nickname gentle giant with personalities that are akin to canines rather than other type of cats. This combination of looks and temperament makes them an ideal subject for Sijka’s dramatic images. Photographed against a dark background, the fuzzy felines entrance you with their striking yellow eyes and serious gaze.

There’s also an undeniably mythical quality to Sijka’s images. The cats’ perfectly-coiffed fur and soft lighting ignites our imagination, and it’s easy to picture them as majestic creatures in charge of guarding an old royal court. 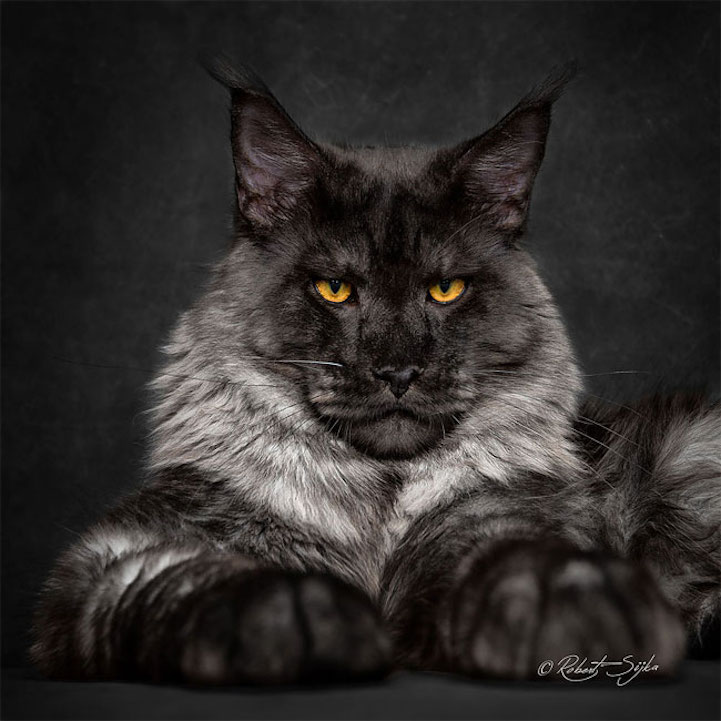 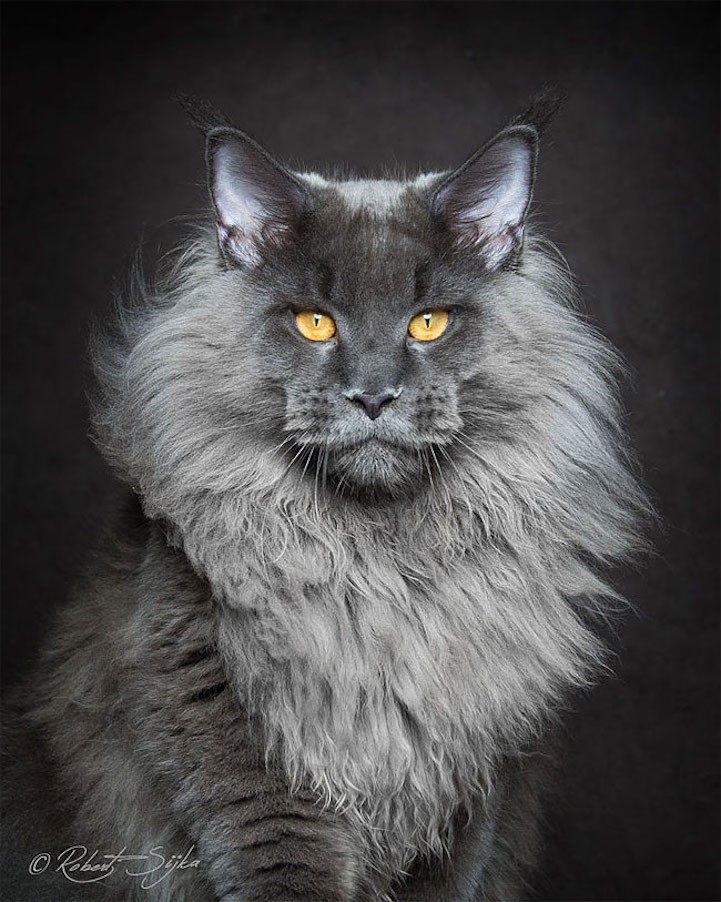 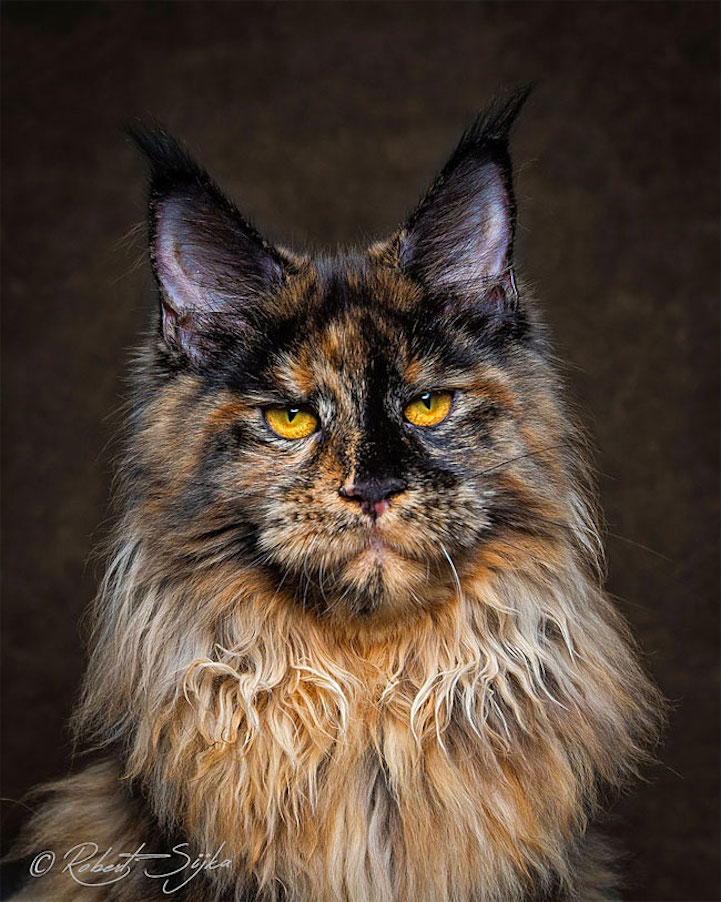 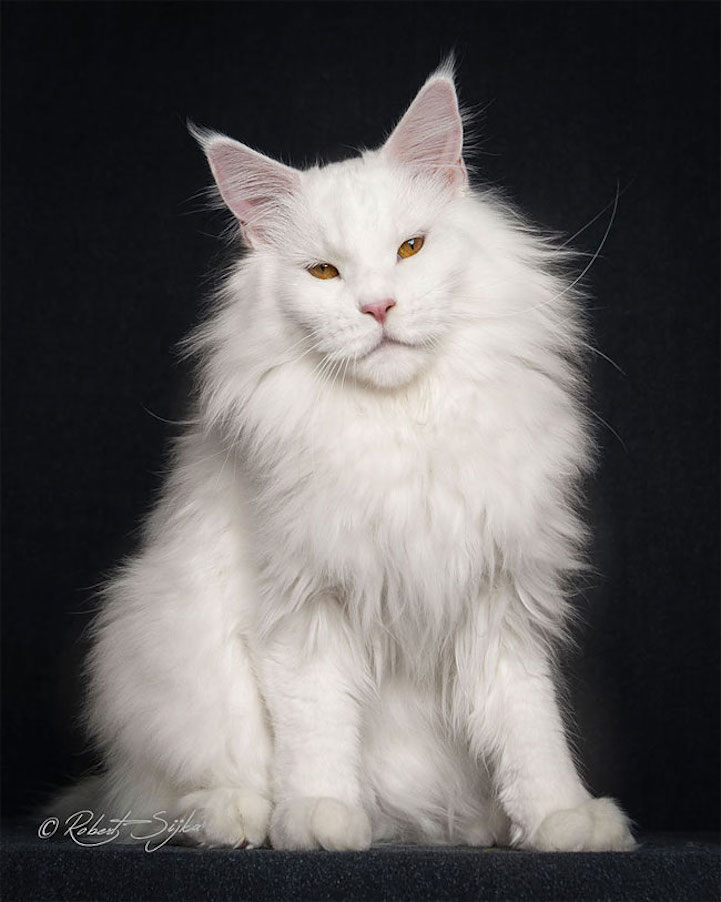 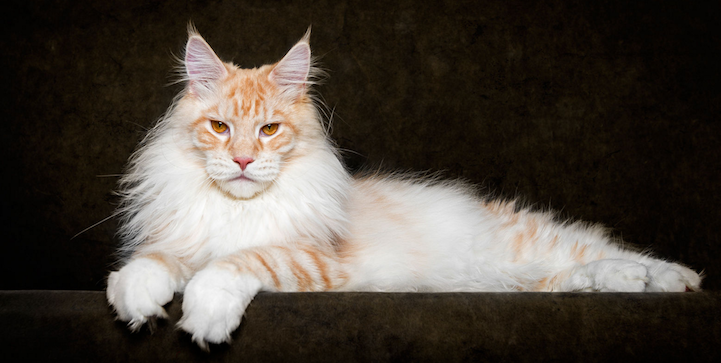 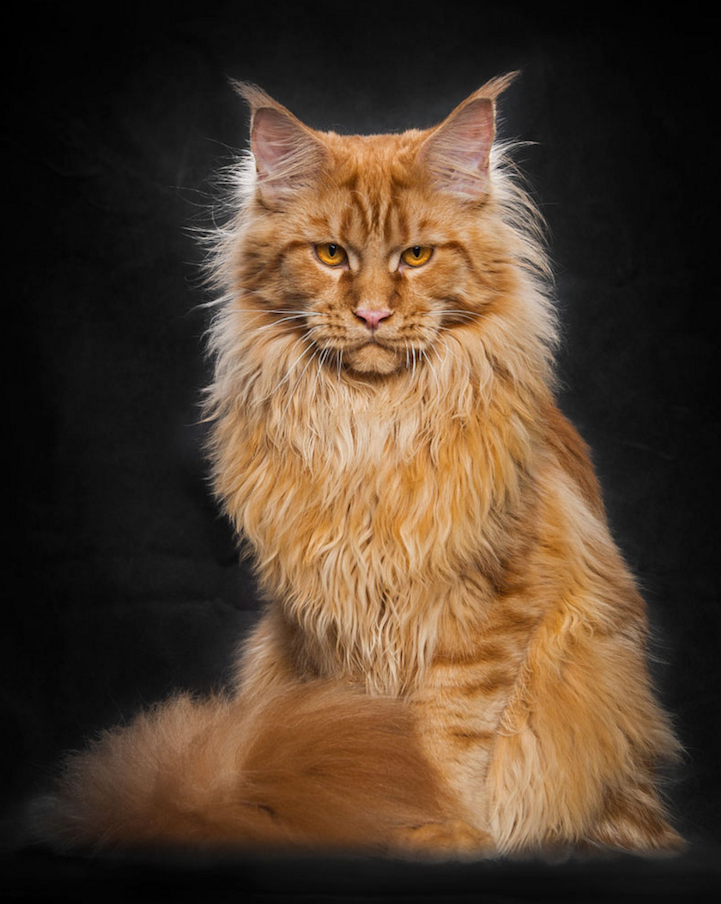 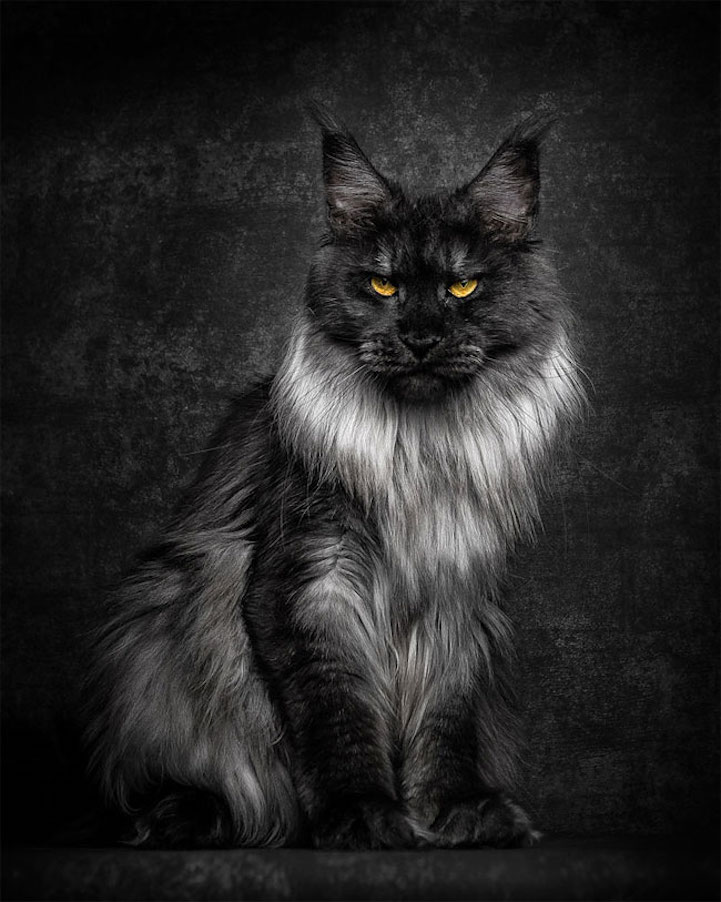 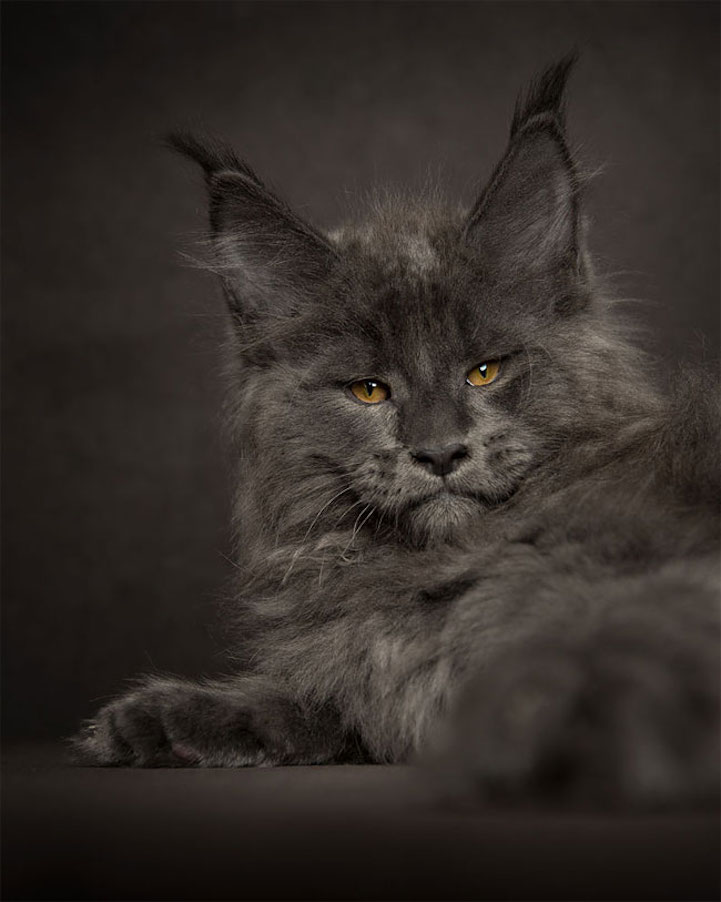 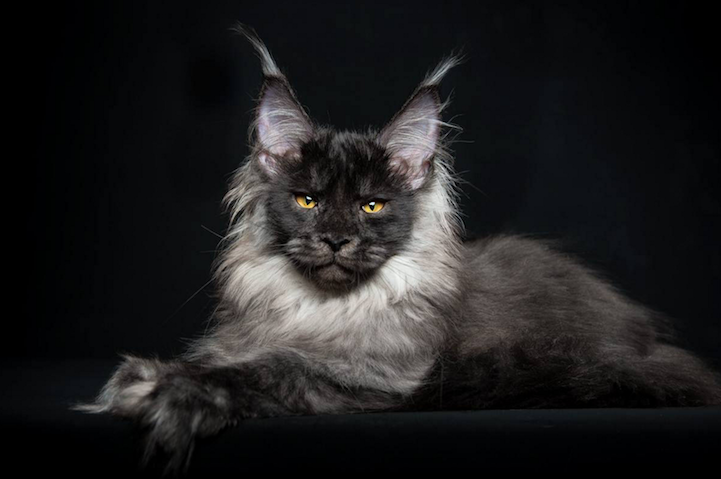 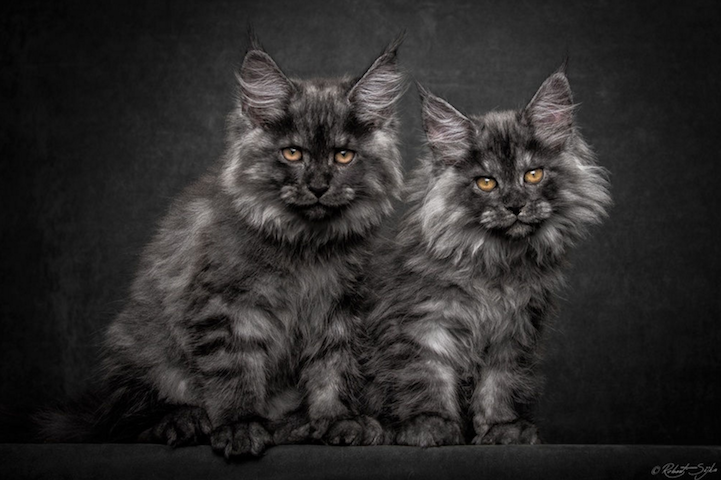 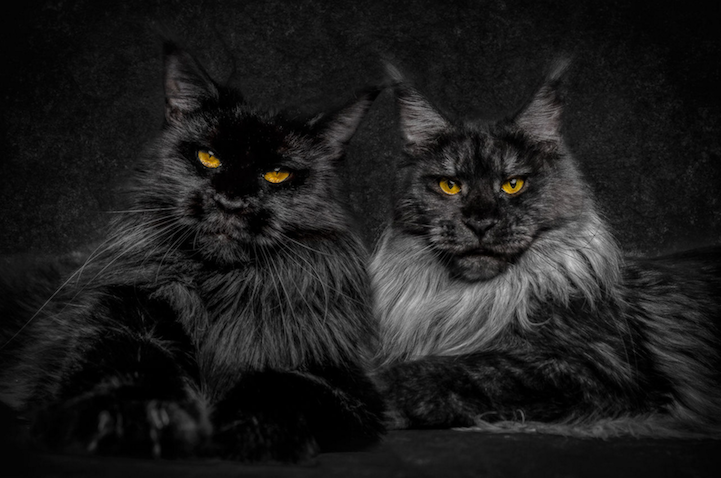