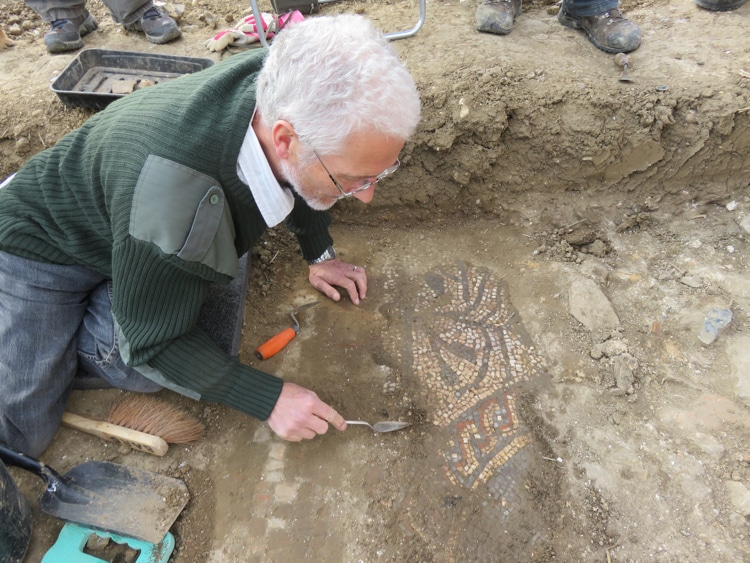 Just prior to finishing funds for their three-year-long archaeological dig, amateur historians and archaeologists in southern England have stumbled upon an incredible find—a rare ancient Roman mosaic. While the group has discovered many important artifacts in the past three years, their findings pale in comparison to the 4th-century CE artwork.

It's an incredible coup for the volunteer group, which is composed of 55 members ranging in age from 9 to about 80 years old. Working near the village of Boxford in Berkshire, local groups like the Boxford History Project and Berkshire Archaeological Research Group joined forces with larger organizations like Cotswold Archaeology and the Heritage Lottery Fund, which provided funding for the excavations, to carry out research on several Roman sites in the area.

Working rapidly to complete as much of the dig as possible before funding ended, the group discovered the mosaic as they began scooping soil, catching glimpses of the gleaming red tile in the sun. The find is being hailed as the most important discovery of its kind in Britain in over fifty years, letting the group end their work on a high note.

Measuring more than 20 feet (6 meters) in length, mosaic expert Anthony Beeson believes that it may depict the Greek mythological hero Bellerophon at the court of king Iobates or the sea-god Proteus. Bellerophon was sent to kill a fire-breathing monster known as a chimera and its depiction in the mosaic is quite unusual. Typically, the chimera is shown as fleeing from Bellerophon, but in this case, the creature turns back to attack.

“It is so unusual because it has all sorts of quirks which you don’t expect, and it has subjects on it that are completely alien to mosaics in this country,” Beeson said.

Other figures include Hercules fighting a centaur and Cupid holding a wreath. As only one-third of the mosaic has been excavated, there will surely be other surprises in store as the remaining areas are revealed. Villagers are hopeful that the mosaic, as well as the other artifacts discovered, will shed more light on the history of Boxford, which now has around 300 inhabitants.

Volunteers also hope to continue their work over the next year, depending on funding, though the future of the site is unclear. As mosaics deteriorate rapidly when exposed to air, many decisions will need to be made as to how to handle the Boxford discovery. For the time being, the soil has been put back in place, not only to protect the artwork, but also to allow the farmer who lives there to work the land. 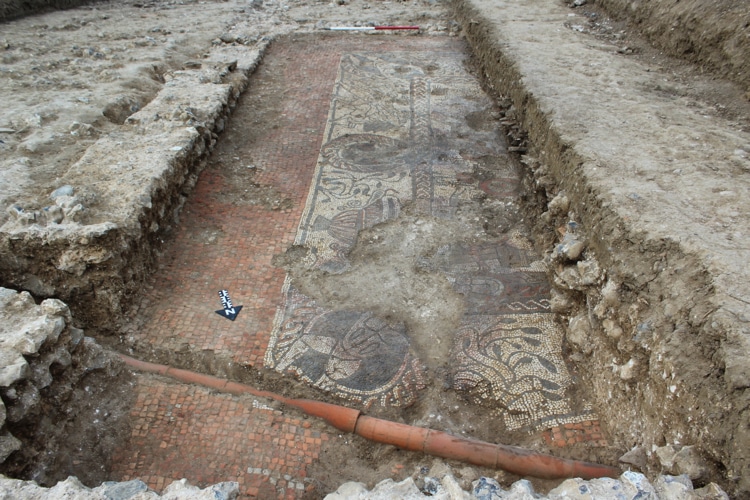 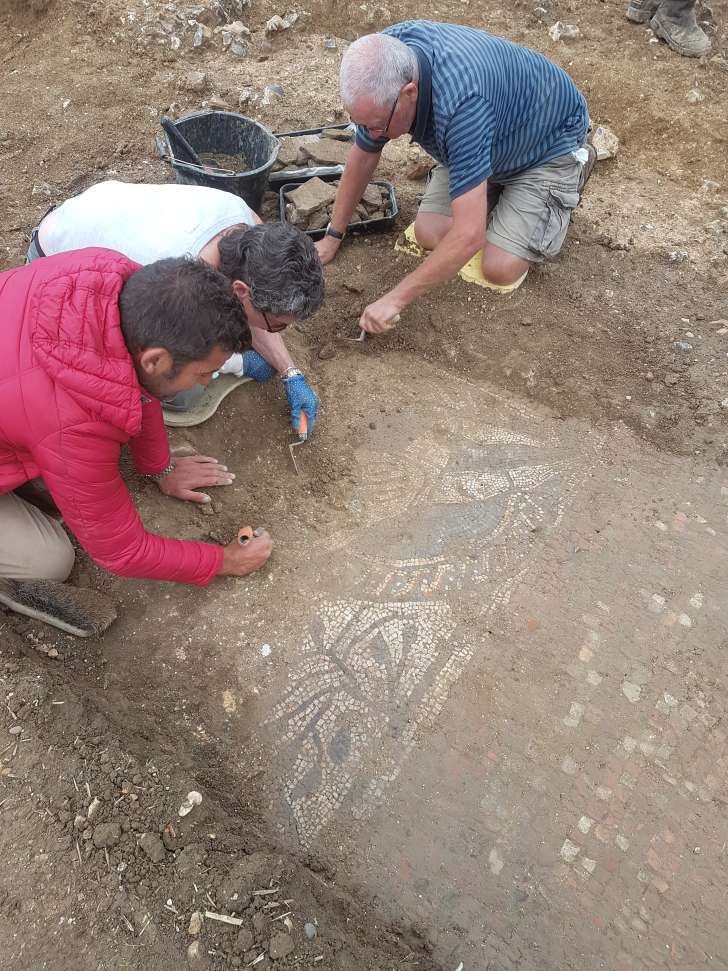 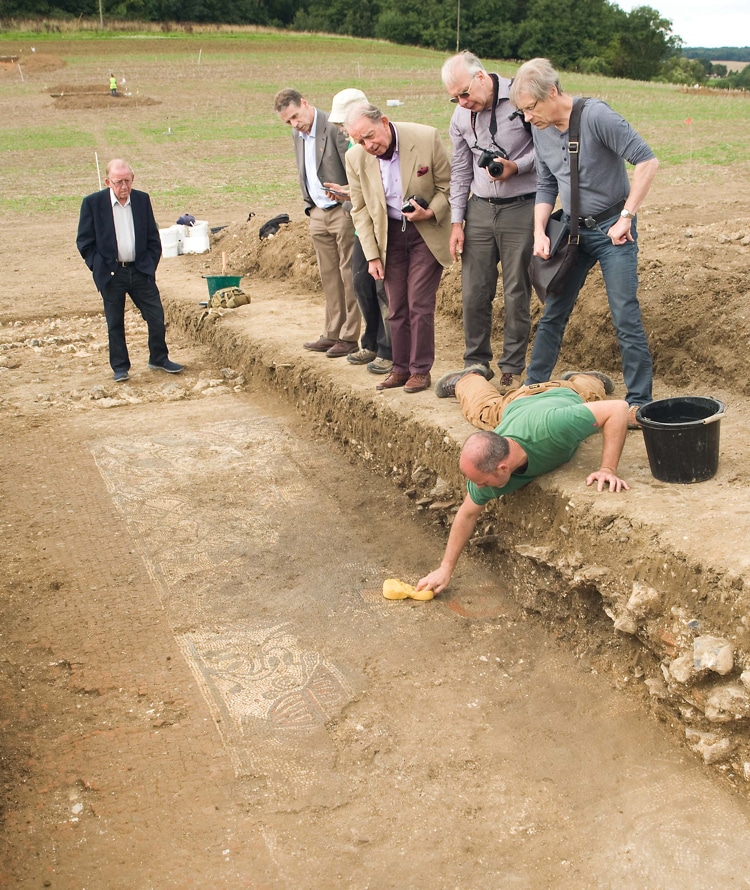 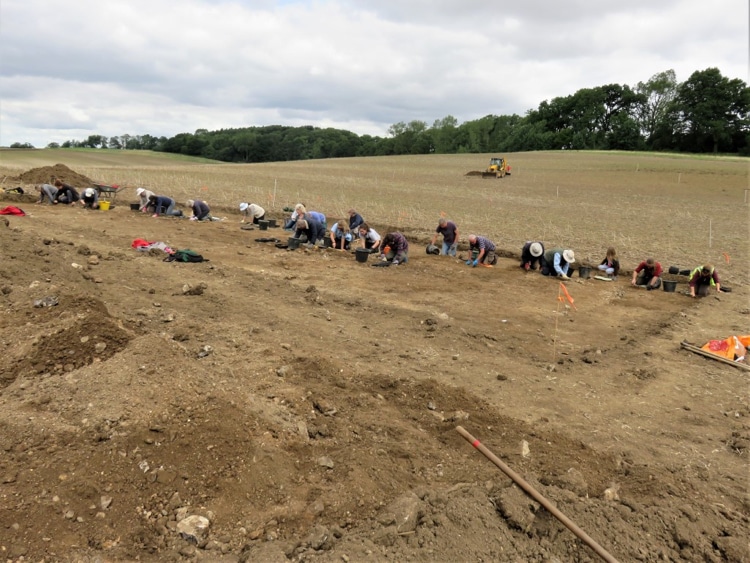 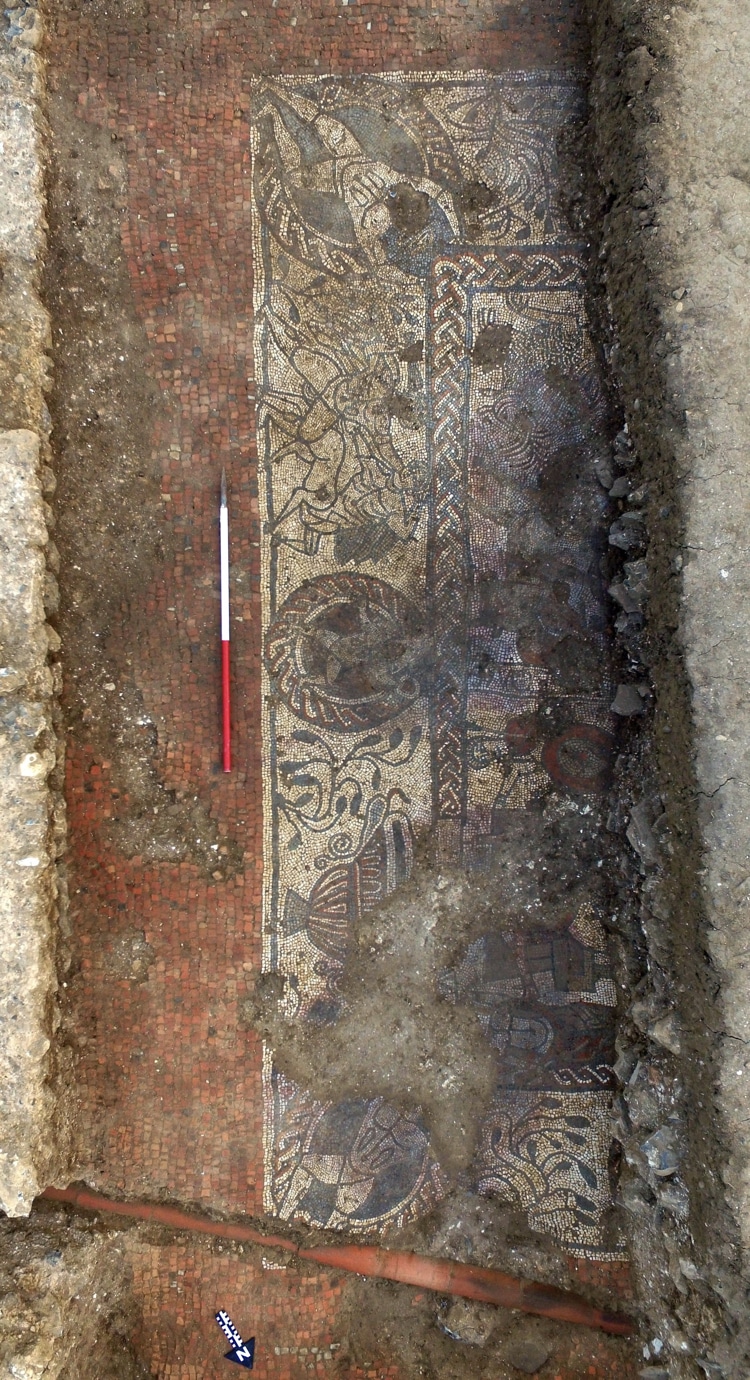 All images via Boxford Parish except where noted.