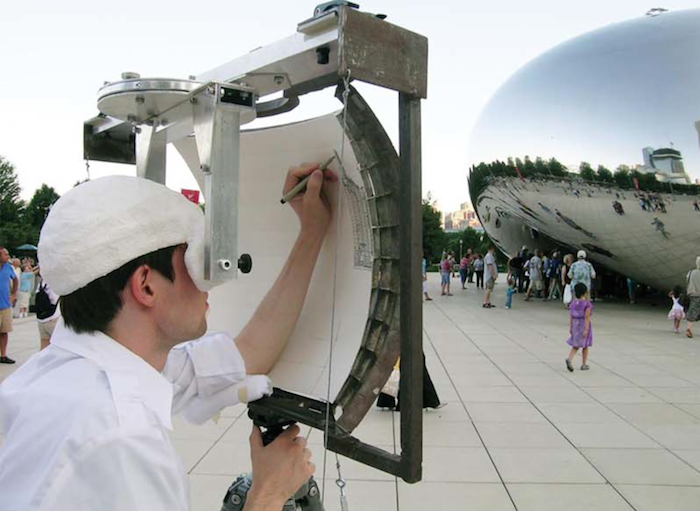 Identical twins Ryan and Trevor Oakes have always been interested in creating artwork that explores visual perception and light, but their most impressive work yet may be their invention of Vision, a concave easel that functions as a 3D drawing machine. A fascinating blend of science and art, the device takes advantage of the spherical quality of human vision, thus avoiding the distortions that occur when tracing an image onto a flat surface. Using strips of paper taped together in a concave shape, the artists cross their eyes until an image floats onto the paper's edge, hovering over the scene transparently, which allows them to trace it.

The science behind the unique contraption stems from the way that human optics work: we see a double image because of our two eyes, but our brain interprets these twin images together, giving us an unbroken view of space and a 3D perspective. In a similar vein, Vision separates the images projected from each eye so the user can scan the world with one eye and draw it with the other, as if tracing onto reality. As a result, users of the easel can create remarkably detailed and realistic drawings of the scenes before them. “Our subject matter is as much an eye looking as the thing being looked at,” says Trevor. Ryan adds, “We're dissecting what it feels like to have two eyes.”

Be sure to learn more about the Oakes twins' technique in the video below, or check out an exhibition of their work titled Compounding Visions at the National Museum of Mathematics in NYC until July 21. 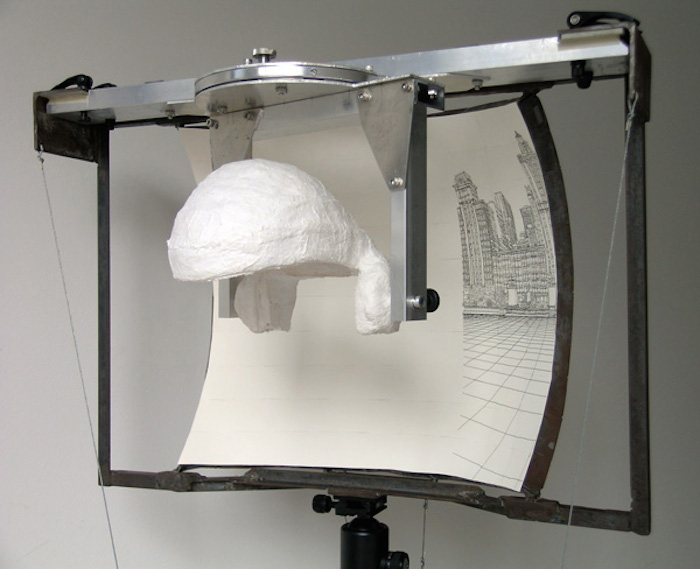 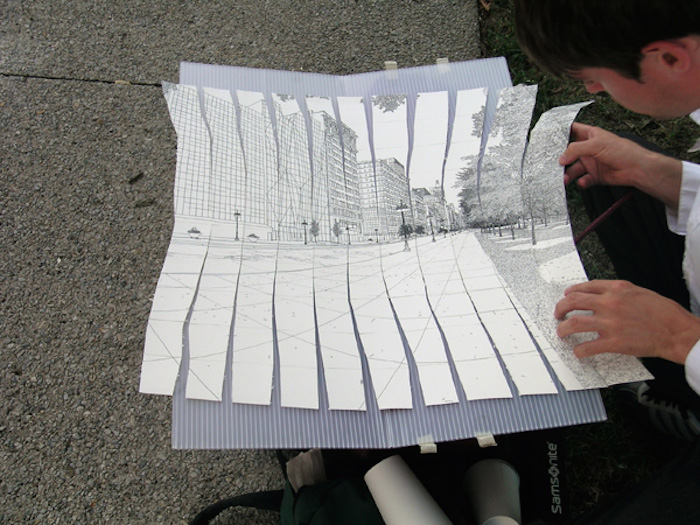 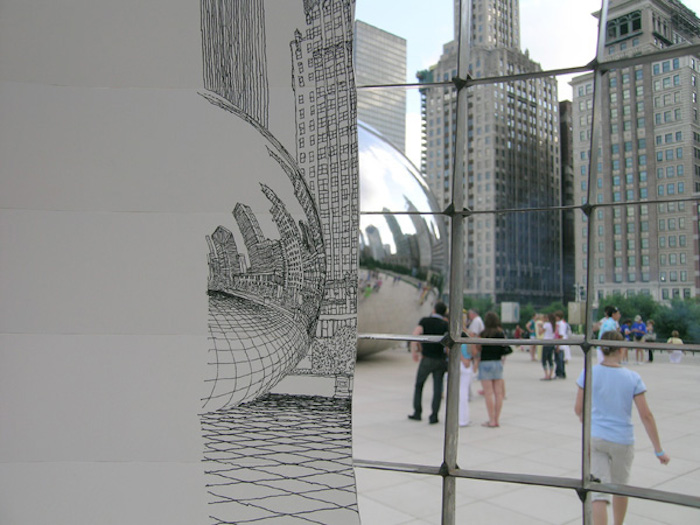 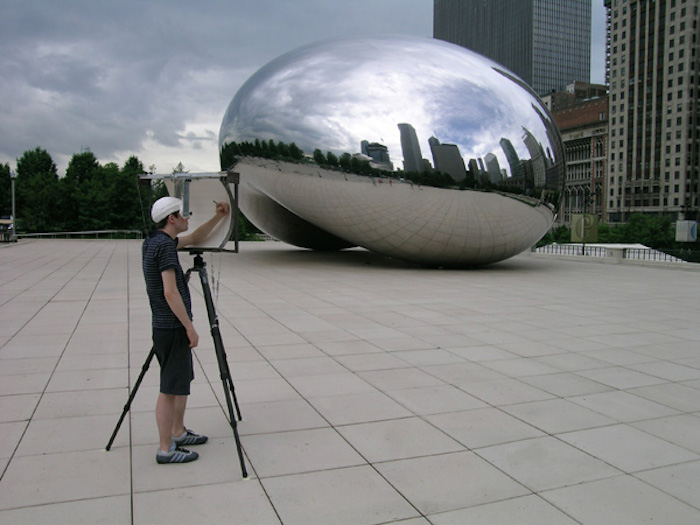 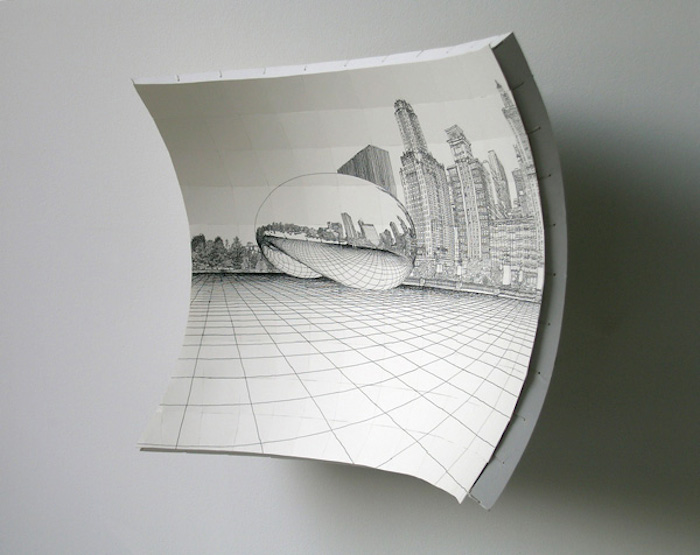 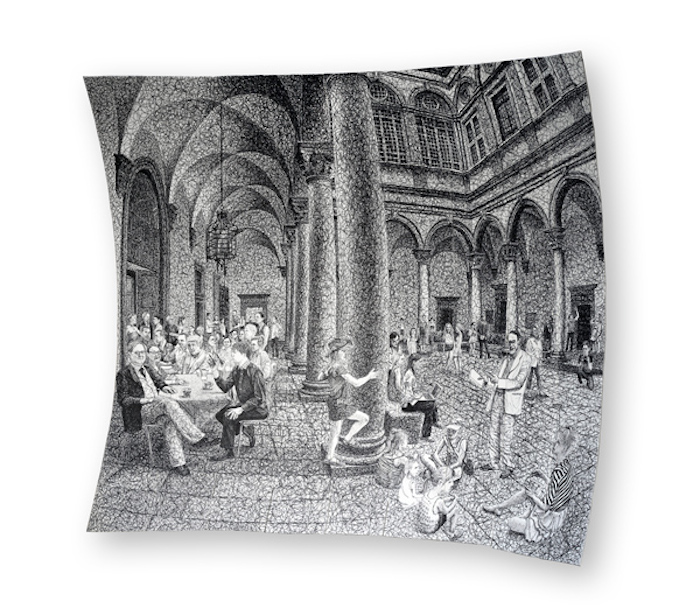 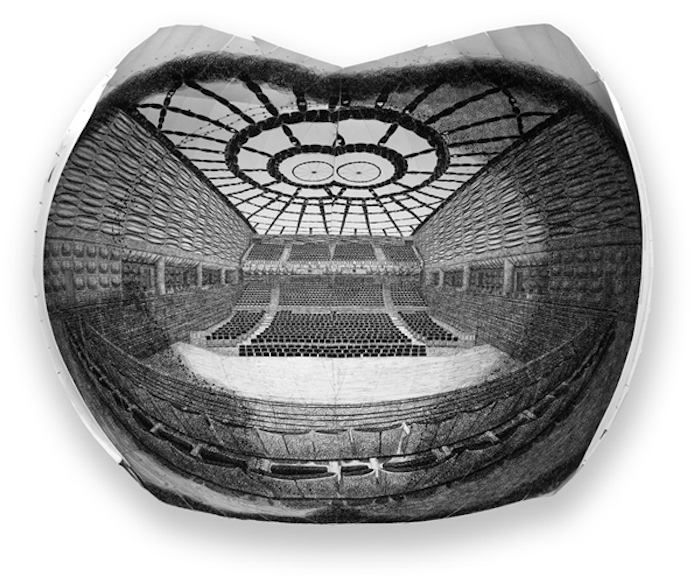 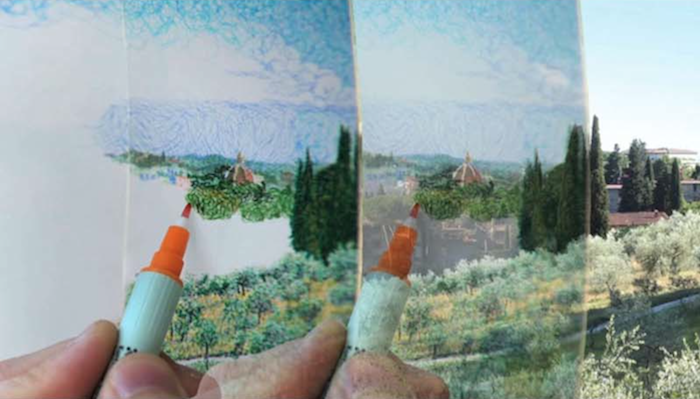 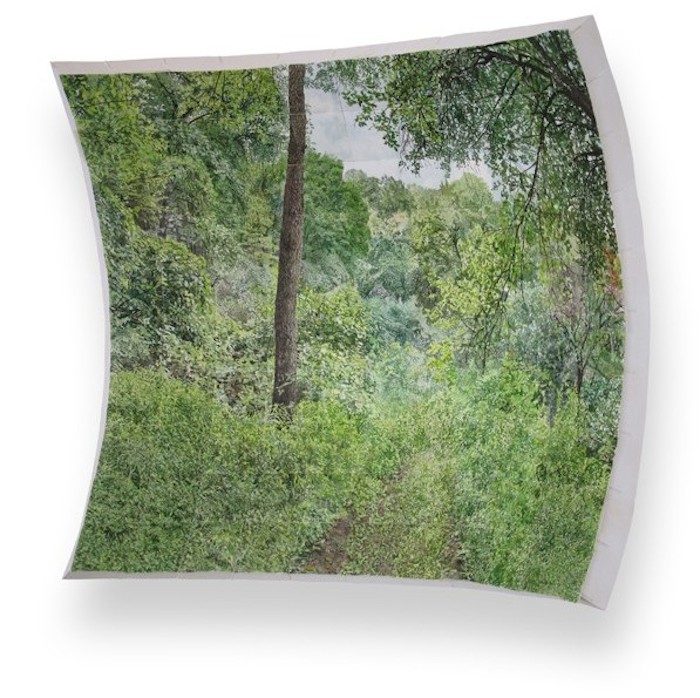 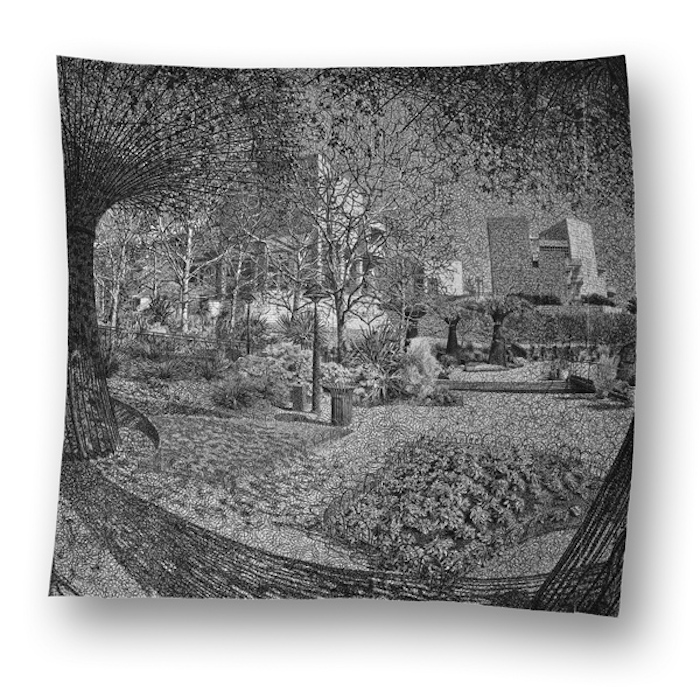 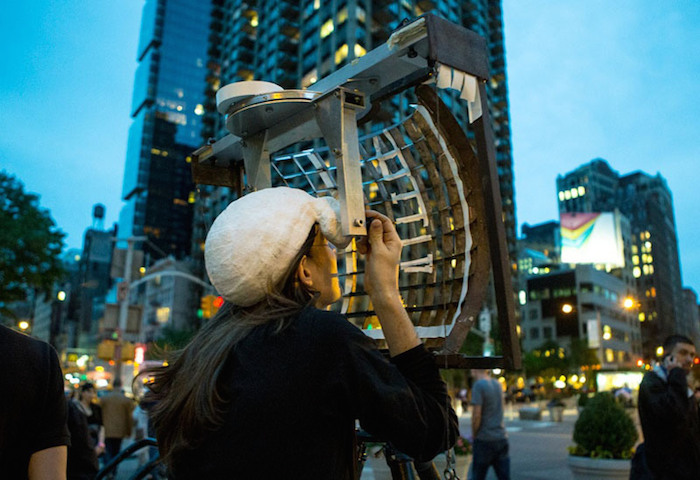