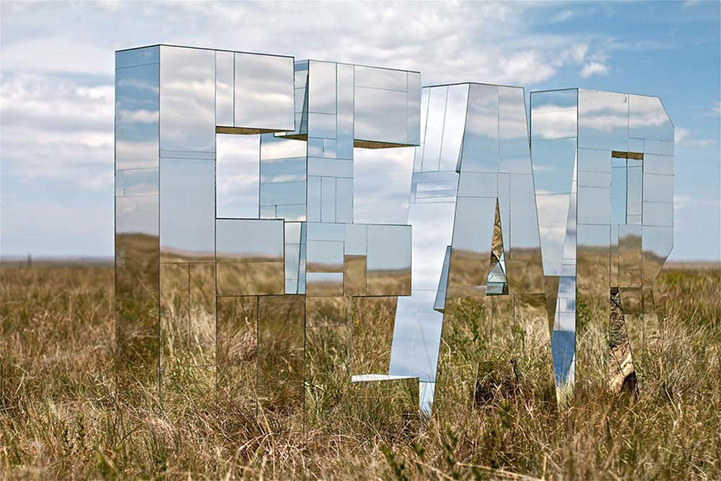 In this piece entitled Fear Expanded, by artists Ryan Everson and Jason Garcia, the idea of fear seems to vanish into a soothing and peaceful landscape. The pair decided to work on the project together, with Everson building the letters and then handing them off to Garcia to further develop them based on his own personal vision. The final results are these four large wooden letters covered in variously-sized pieces of mirror.

Garcia says, “We originally intended to have them just be a sculpture. When we were cutting mirrors one day, I suggested taking them out into nature to document them. Ryan riffed on it and suggested a suburban home and, in turn, I suggested a desolate urban environment. When we finally got around to documenting it we were stunned and realized that the sculpture was just a means to getting the final image.”

As a viewer, if you choose to face fear straight on, the words almost completely disappear into the background. From a more hesitant, side approach, the words are quite visible and apparent. And so, the question stands: Is it better to see fear coming and head it off, or would you prefer to run smack dab into it because you didn't have it in your line of sight? Everson says, “My most recent work comes from abstract emotional states stirred up from specific self reflective moments. These moments arise as I become more aware of myself in the present and my inability to control the future.” 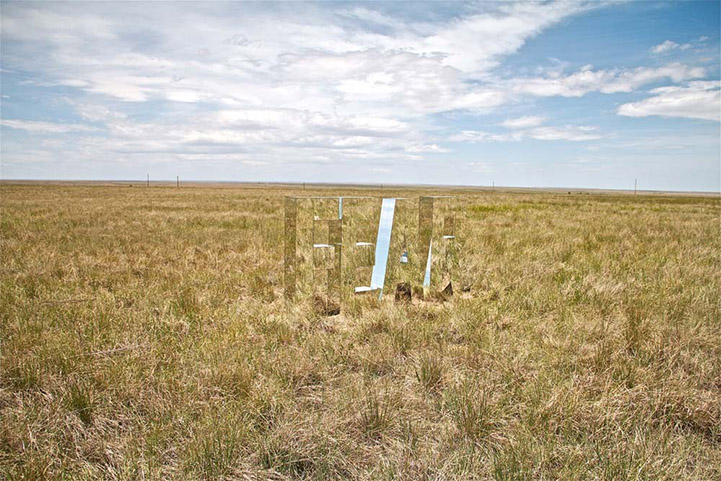 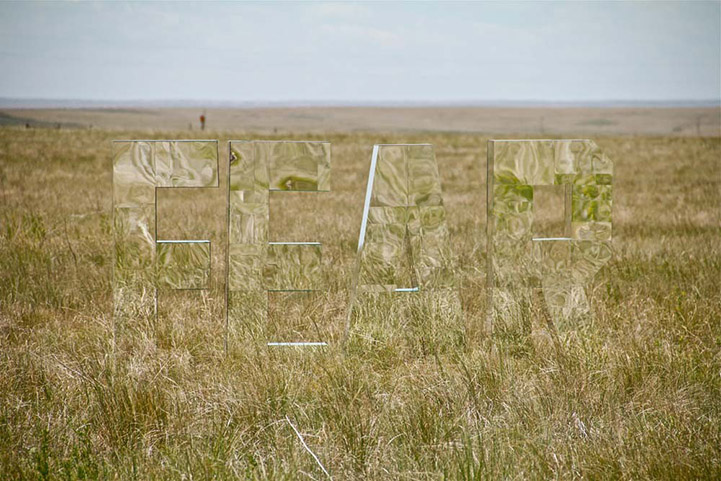 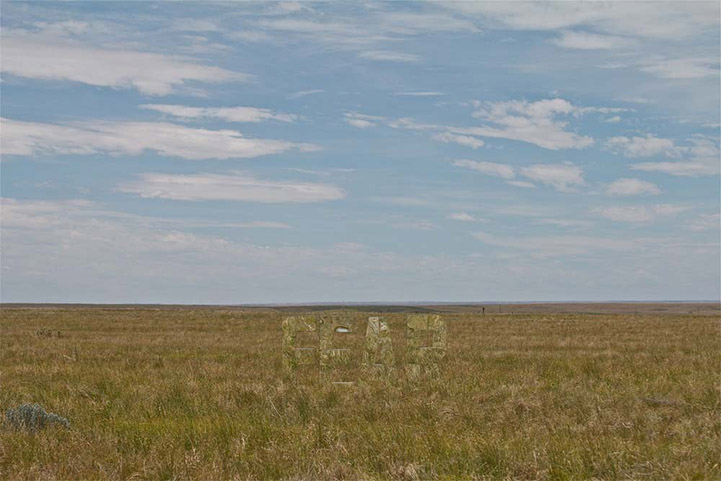