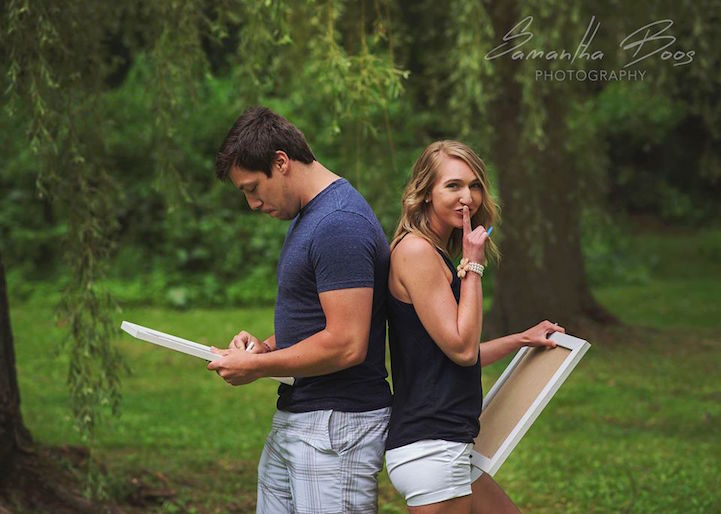 It’s hard to keep good news a secret, but Brianne Dow’s patience proved to be a sweet way to announce her pregnancy—and one that surprised her own husband! When the Wisconsin-based woman discovered she would soon be a mom, she wanted to tell her husband, Brandon, in an creatively unexpected way. Brianne then scheduled a session with their former wedding photographer, Samantha Boos, and the two discussed a plan for the big reveal.

The announcement took place in the local park, where Brandon thought that he was simply participating in a free photo session—little did he know that the surprise of a lifetime was around the corner. To set it up, Boos brought two framed chalkboards and had the couple turn back-to-back. “I told them to write three words that describe each other on their chalkboards,” Samantha explained on Facebook. As Brandon scrawled his adjectives, Brianne shared her secret on the board. When they turned around to face each other, Boos caught the reaction of the new dad-to-be. “This is when I told Brandon about our little bundle of joy,” Brianne recalled. “He had NO idea what was going on.”

The endearing images immortalize the pure awe and happiness in Brandon’s face—pictures that the couple, and eventually little Dow, will be able to cherish for the rest of their lives. 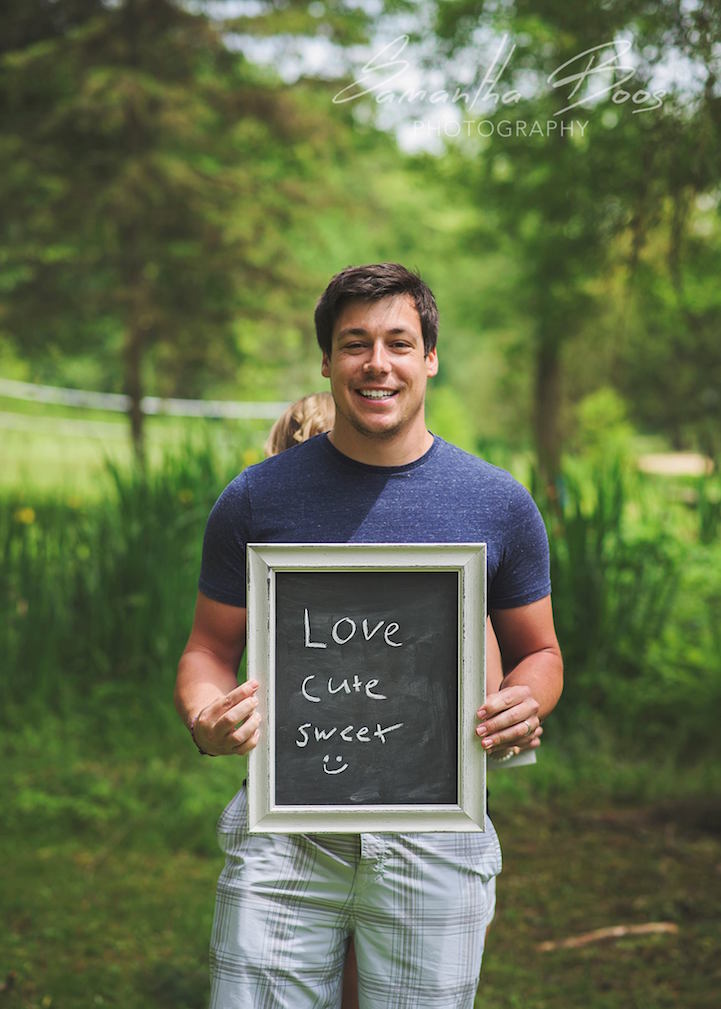 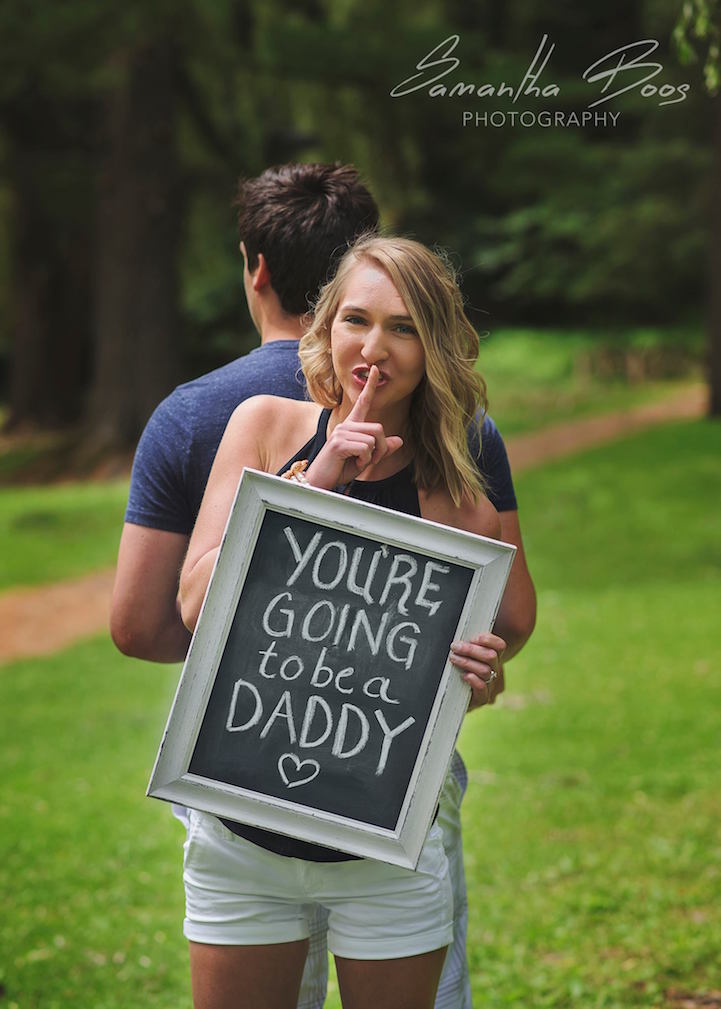 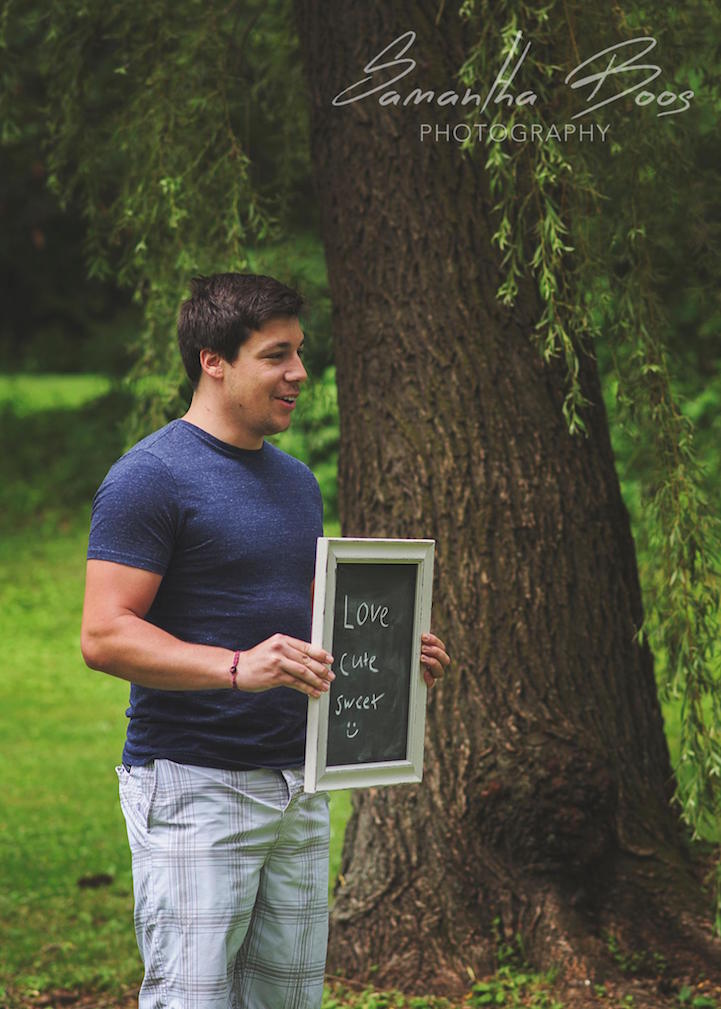 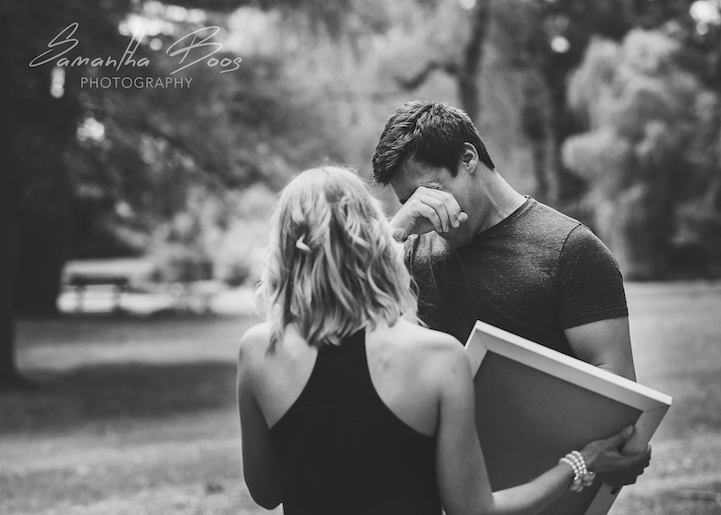 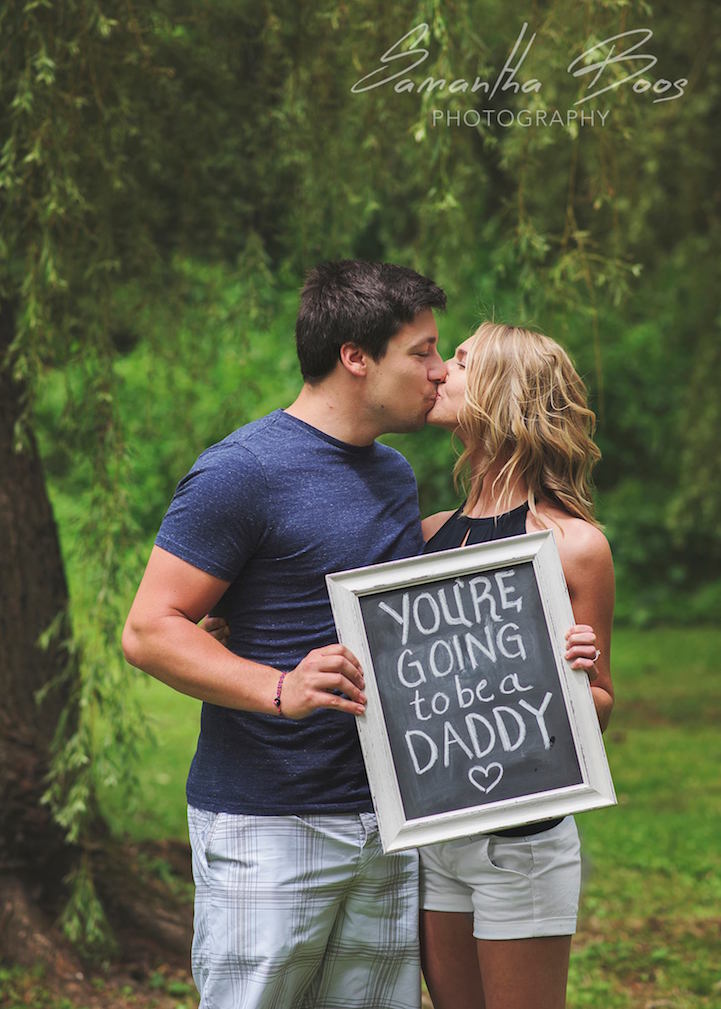