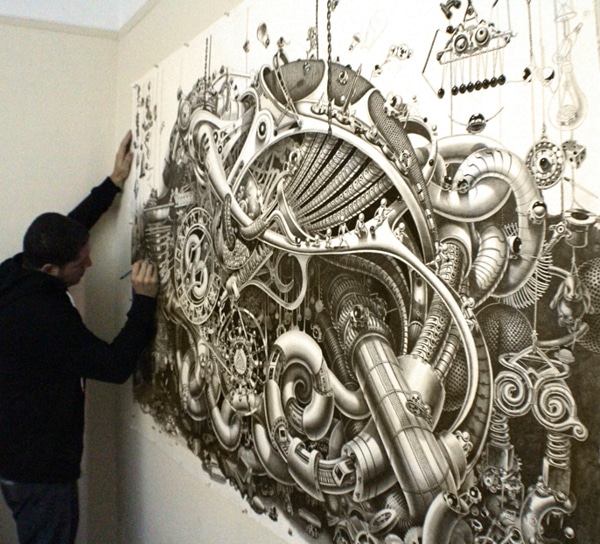 Artist and self-described storyteller Samuel Gomez has crafted an epic drawing titled Deadpan Comedy. This enormous work is six feet long and five feet tall, and composed of graphite and ink on paper. The drawing is actually the third panel of a triptych, but this particular work is powerful enough to stand on its own. The extreme detail and beautiful, realistic rendering is a testament to Gomez’s artistic prowess.

This artwork tells a fantastic, colorful story, despite the fact it’s monochromatic. Gomez sets an ominous mood as smoke billows out of a large machine whose exterior is like the exoskeleton of a beetle. Dark clouds and tornadoes surround it as gears, tubes, wires, and tiny minions power the organism. Beyond this, we see the makings of an invasion. Chains and ropes dangle from the sky with things like bells, cars, and even houses that descend towards the giant structure. We’re not sure of their plan, but the tension that he's created makes us eager to find out what happens next.

You could spend hours looking at Deadpan Comedy and get lost in the details and symbolism that’s packed into this drawing. The beauty of a work like this is that it’s an open-ended narrative ripe for individual interpretation. When you step away from Gomez's opus, you can come to your own conclusions about what happens during the invasion or who powers the giant machine, and what that means to you. 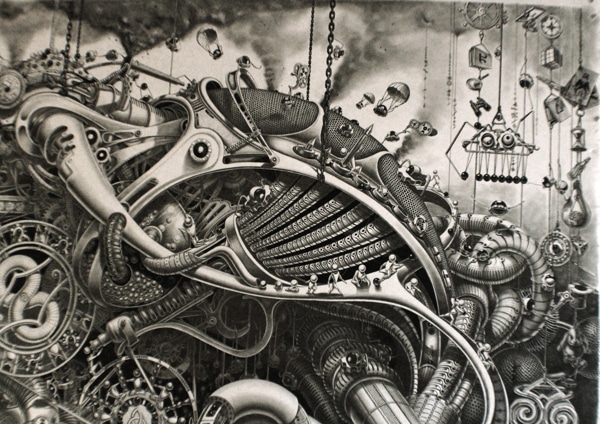 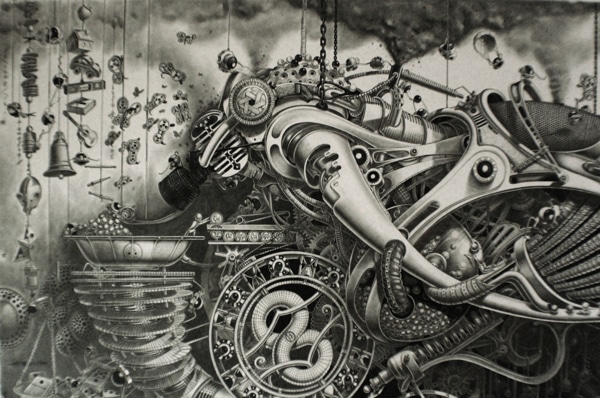 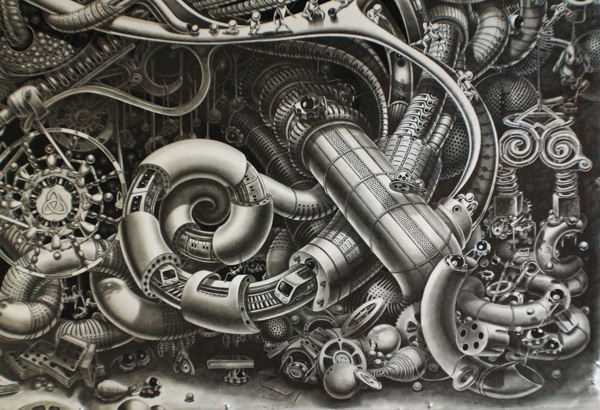 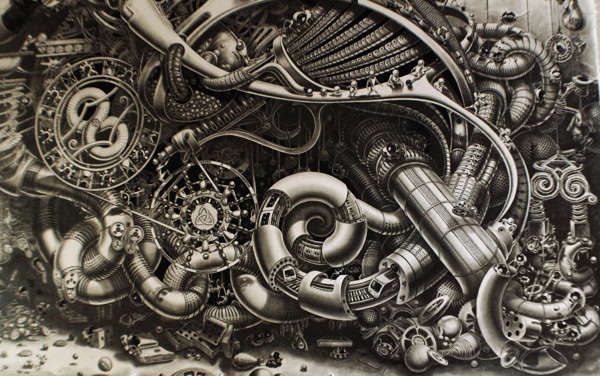 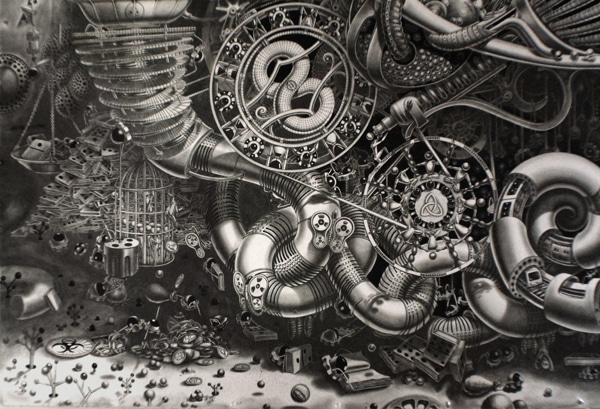 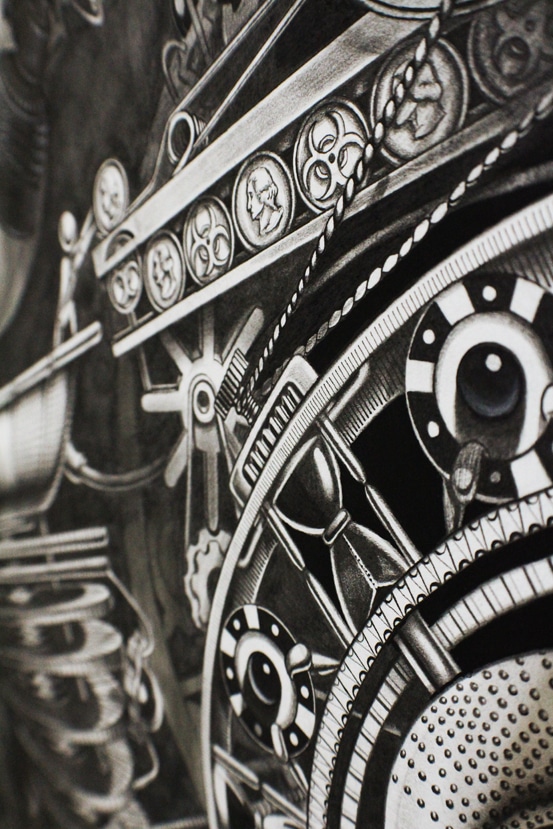 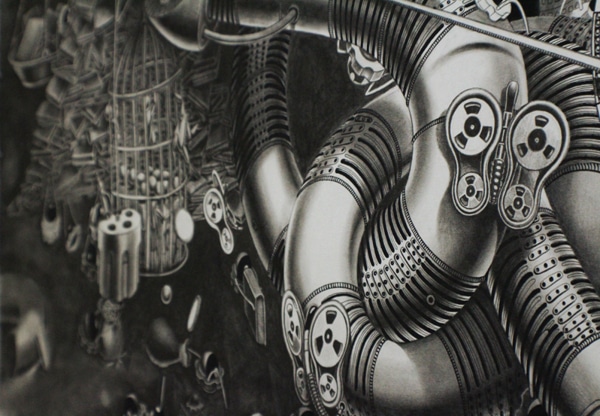 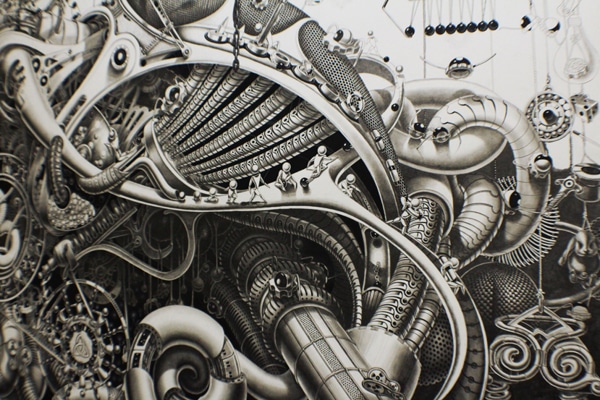 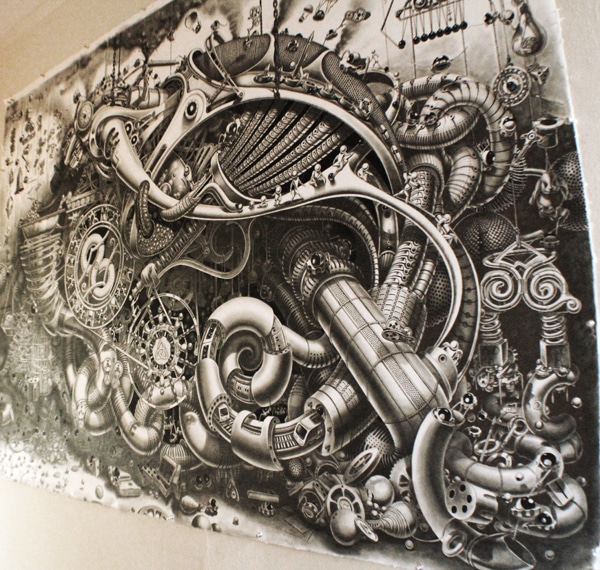 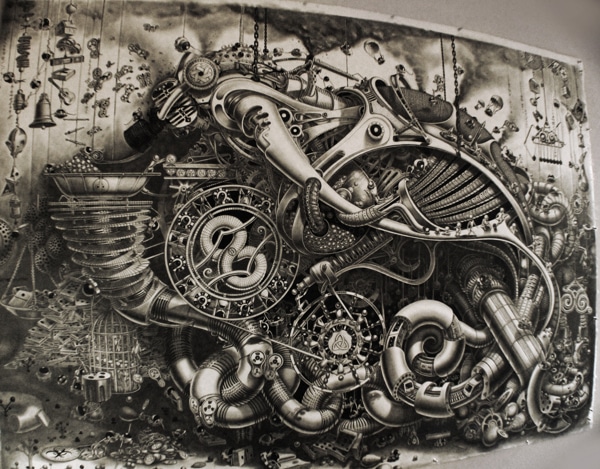