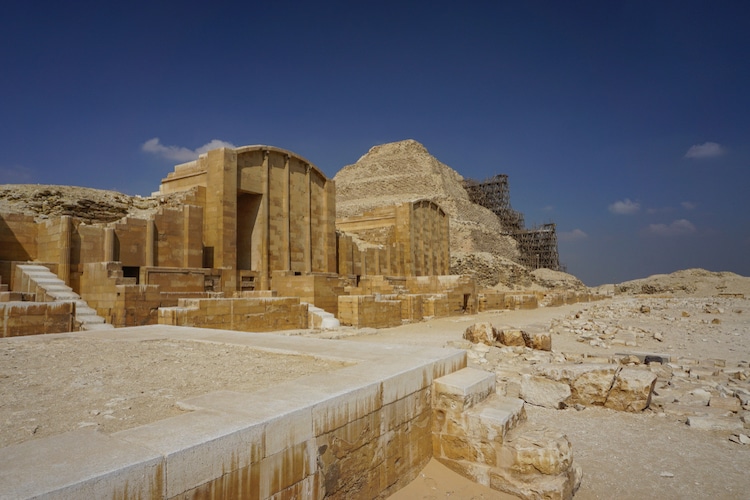 Egyptian archeologists have unearthed another treasure trove of ancient coffins, this time near the iconic Step Pyramid of Djoser in Saqqara. This site served as the necropolis for Memphis, the ancient capital of Egypt, and has some of the oldest stone buildings in history. After discovering a burial shaft leading to a tomb, they were able to recover 27 well-preserved coffins.

The unopened sarcophagi are believed to have been buried 2,500 years ago. Initially, archeologists found 13 coffins in a 36-foot-deep well earlier in September. Then, just last week, they discovered an additional 14 in a different well. Neveine el-Arif, a spokeswoman for the Ministry of Tourism and Antiquities, announced that archeologists are still working on learning the origins of the coffins and that more will be revealed as the mystery is unraveled.

According to the Ministry of Tourism and Antiquities, initial studies show that the coffins have never been opened. They are also confident that more coffins will be recovered from the sides of the wells. Initial images and video footage show just how spectacular the find truly is. The coffins still retain a good amount of their painted decorations and are adorned with hieroglyphics.

This is just the latest thrilling discovery that has happened in the past few years. In 2019, 30 coffins were unearthed at the Luxor at El-Assasif cemetery. Each one contained a well-preserved mummy and now these incredible artifacts have been moved to the Grand Egyptian Museum. Currently under construction, the museum will house a myriad of artifacts and is located close to the Great Pyramid.

Saqqara has also turned up other important discoveries as of late. This should come as no surprise given the importance to the Egyptians over the 3,000 years that it was used as a burial site. In 2019, archaeologists found a perfectly-preserved 4,000-year-old tomb on site. Believed to have been created during the Fifth Dynasty, the walls still retained their vibrant color.

With each exciting announcement, we march closer to learning more about the ancient Egyptians and their culture. There's no doubt that even more revelations are to come given the amount of discoveries happening.

Watch these videos to see the well-preserved ancient Egyptian coffins discovered in Saqqara.

Wowed by the discovery? Share
Like My Modern Met on Facebook
Get Our Weekly Newsletter
Become a
My Modern Met Member
As a member, you'll join us in our effort to support the arts.
Become a Member
Explore member benefits

Wowed by the discovery?