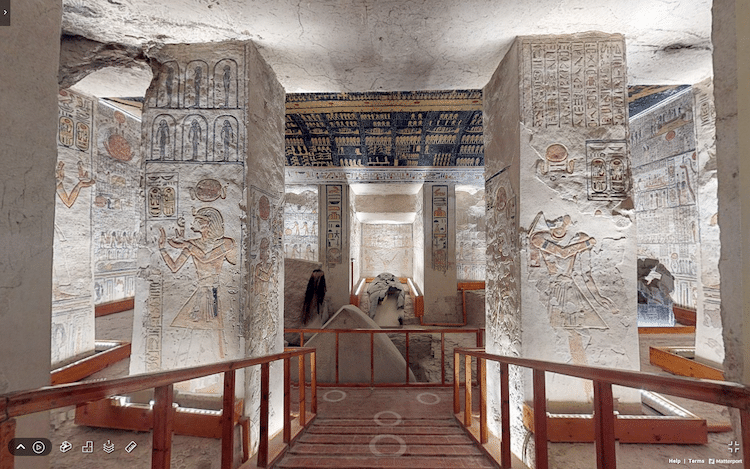 Egypt's Valley of the Kings is filled with the tombs of the pharaohs who helped make ancient Egypt renowned. For nearly 500 years, this area west of the Nile was the burial spot of choice for the most powerful men in Egypt. The rock-cut tombs were built between the 16th century and 11th century BCE and archeologists are still finding new tombs. Though only a few are open to the public, the Egyptian Tourism Authority has made it possible to take a step inside one with an incredible virtual tour.

Ramesses VI Nebmaatre-Meryamun was the fifth pharaoh of the Twentieth Dynasty of Egypt. He ruled for eight years between the mid- to late-12th century BCE and upon his death was laid to rest in a tomb that archeologists call KV9. Interestingly, Ramesses VI didn't build this tomb for himself. Rather, he reused the tomb of his nephew, Ramesses V, who had ruled before him.

After placing his nephew in another tomb, he moved right in. But before doing so, Ramesses VI made sure to do some renovations. This included enlarging the tomb and redecorating the interior. Thanks to the virtual tour, we can take in the majesty of the space. The layout is very similar to others of the era, with a series of long corridors leading to the final burial chamber.

The first corridor is painted with images of Ramesses VI mingling with Ra-Harakhti and Osiris, two gods associated with the underworld and afterlife. Initially, these images represented Ramesses V, but Ramesses VI had them repainted when he usurped the tomb. The other halls show scenes from different funerary texts that speak about the passage of the soul into the underworld before terminating into the burial chamber where we see a broken sarcophagus.

Take an incredible step back in time and immerse yourself in ancient Egypt thanks to this 3D virtual tour.

Take a look at what you will see in the virtual tour of King Ramesses VI's tomb in Egypt. 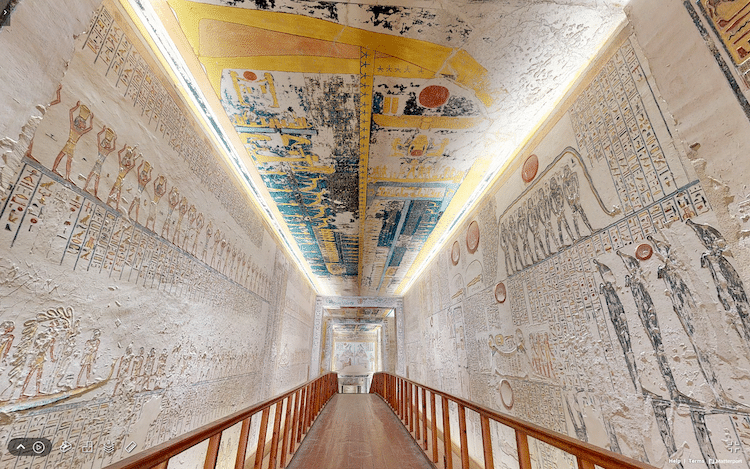 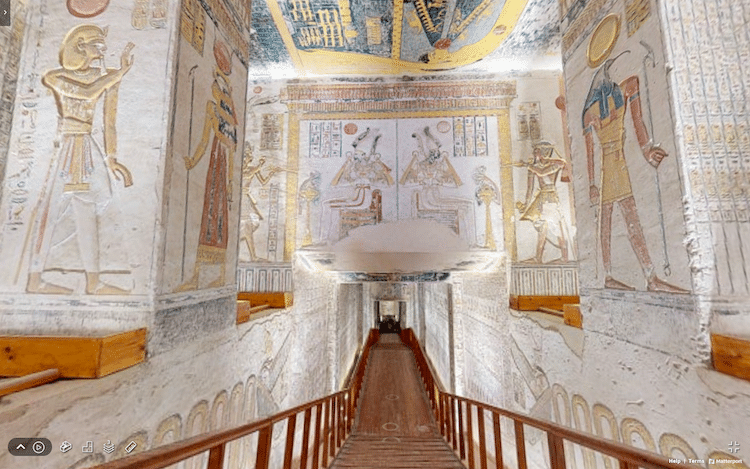 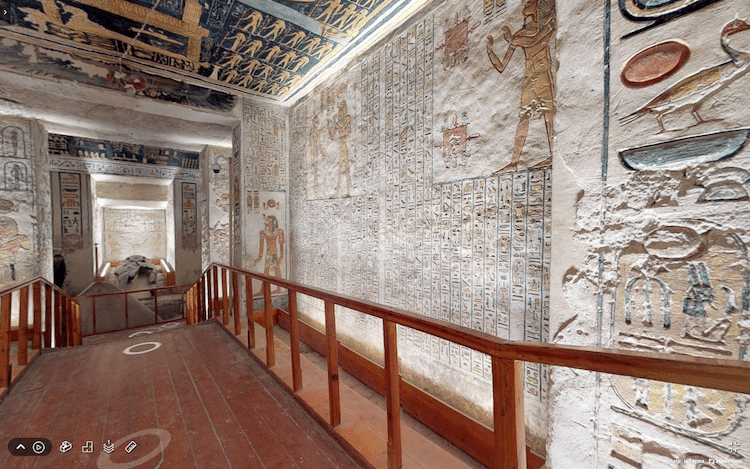 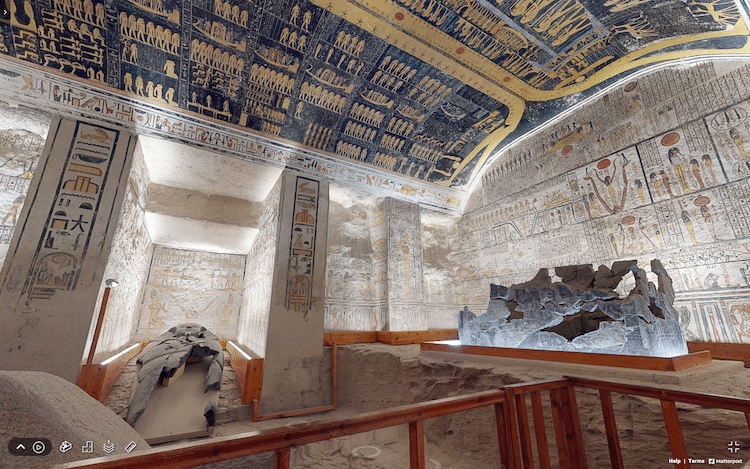