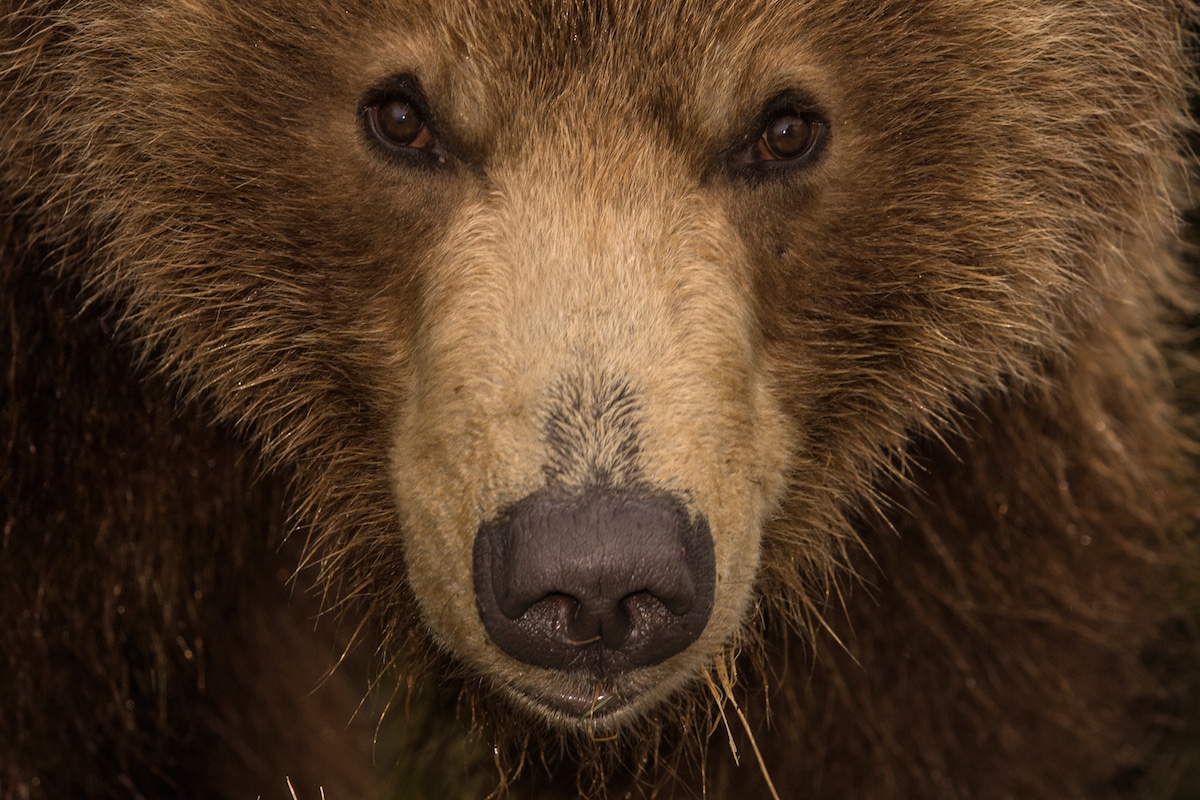 Kamchatka, a peninsula located in the Russian Far East, is a fascinating land. Bordered by the Pacific Ocean and the Sea of Okhotsk, filled with volcanoes, its subarctic temperatures have piqued the interest of explorers since the 17th century. But it was Kamchatka's population of brown bears—one of the densest in the world—that attracted wildlife photographer Sergey Gorshkov, and pulled him back year after year to study these fascinating mammals.

Reaching up to nearly 10 feet when standing and 1,433 pounds, Kamchatka brown bears are alarming in their size, but relatively gentle with humans. The kings of Kamchatka, these bears feast on salmon and berries during the summer, while in the autumn nuts are added to their diet. Thought to be the ancestors of Kodiak bears found in Alaska, explorers since the 19th century have been fascinated by their behavior.

Gorshkov, who specializes in photographing Russian wildlife, started his career inspired by what he encountered in Kamchatka. “I am often asked how I started photography. Many years ago, when I first came to Kamchatka, I was literally stunned by its nature and decided to buy a photo album about Kamchatka as a souvenir,” Gorshkov tells My Modern Met. “But on the day of departure, unfortunately, I could not find such an album. It was then that I first thought: ‘I will return and take pictures myself'.'” 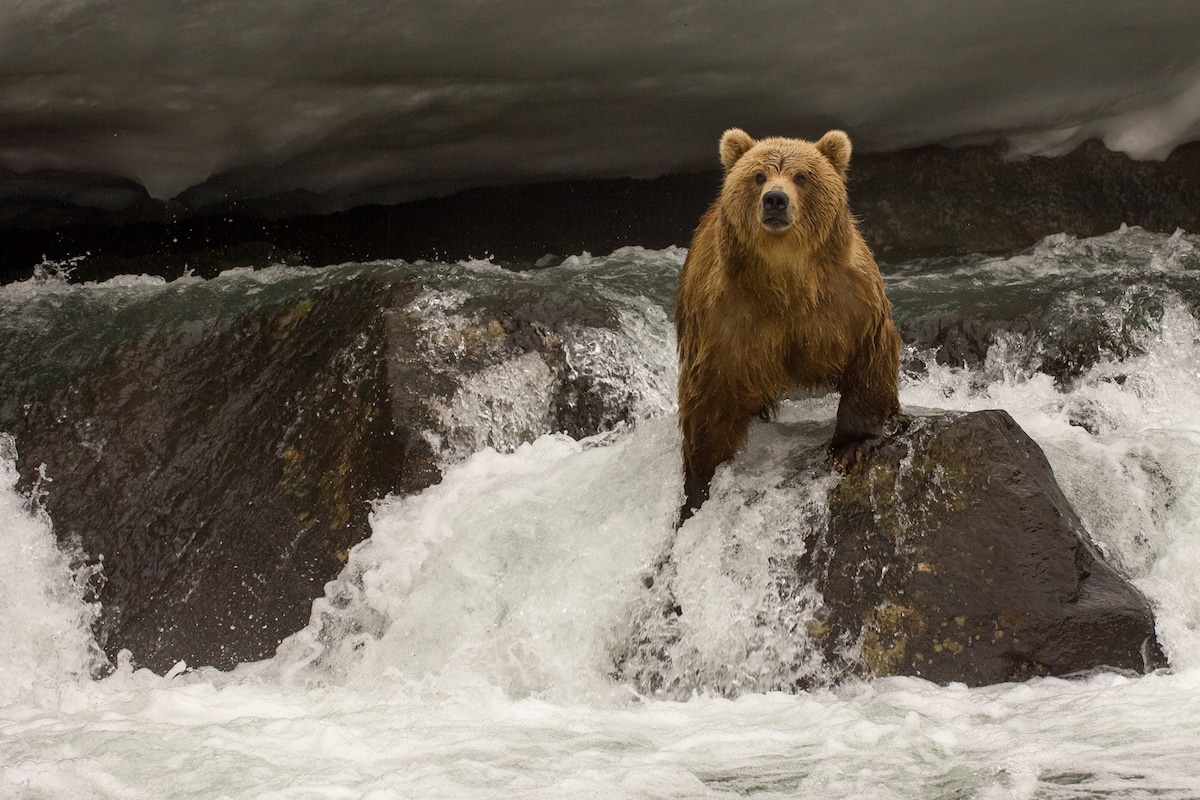 Years later, Gorshkov made the first of many journeys to document the brown bears of Kamchatka. This spurred his love for photography and changed the course of his life, as he then embarked on a career as a wildlife photographer. Not content simply to do his work in one trip, the Russian photographer quickly realized that to tell the true story of these bears, he'd need to return again.

“As far as I know, some photographers shoot stories in one expedition, in a short period of time. I cannot. I have never been able to solve the topic with a pounce, I have a different approach. I am ready to return to the same place several times and at different times of the year. This allows me to look at the topic during different seasons and thanks to this, in my stories, there is more than one dimension. I can watch how my characters change with time and during different seasons of the year. Coming back, I ‘dig' deeper and deeper, I bring new pictures from each trip which act as separate links of one chain, and if you put them all together, you get a story, not a single photo. And all of them together make a concrete story.”

With his Kamchatka series, Gorshkov shows us the bears in the harsh throws of winter, swimming through icy waters, as well as splashing in springtime rivers to scoop up salmon. Here we see the brown bears thriving, hunting for their dinner. It's this multi-faceted look at wildlife that sets Gorshkov's photography apart. Mixing close up portraits with action imagery, viewers have a well-rounded view of these large mammals. The tenderness displayed in one instance is juxtaposed with their fierce skill as hunters tracking down their prey. 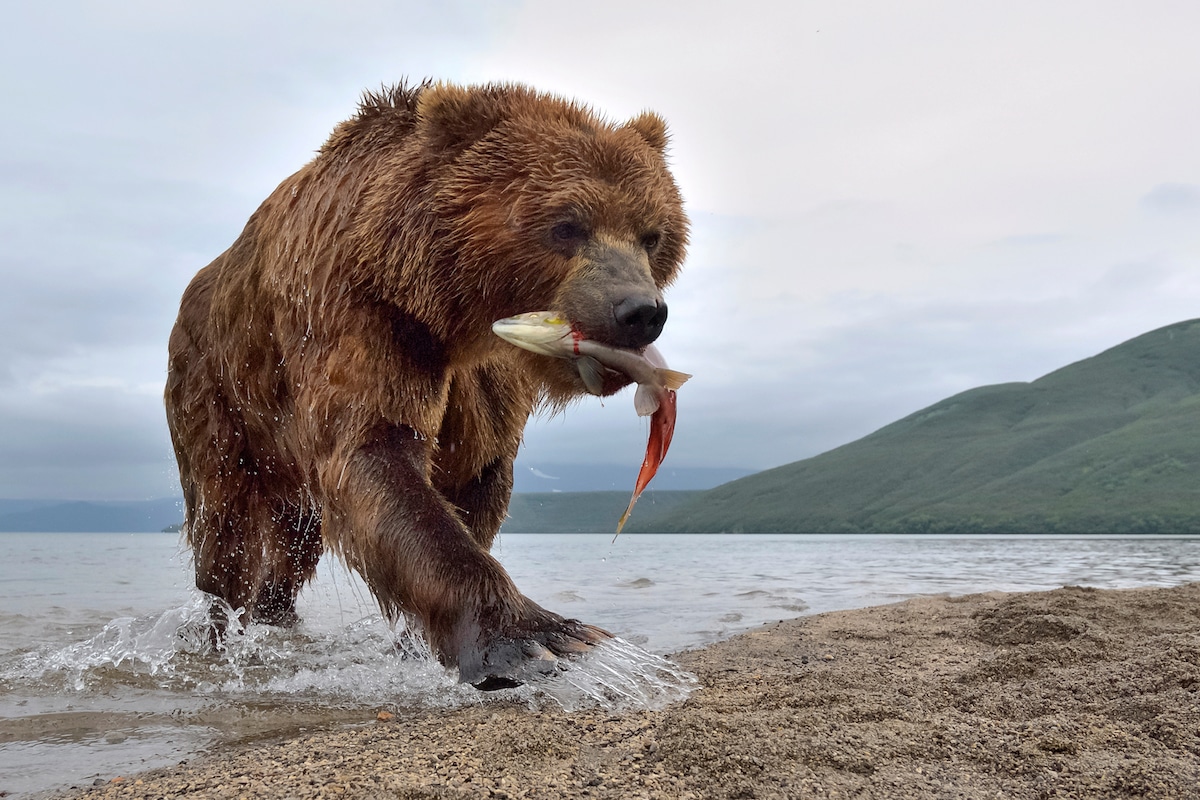 By spending hundreds of hours, and many years, with his subjects, Gorshkov displays a sensitivity in his work that only comes with the intimate knowledge of these animals. Over the years, he's learned how to appreciate and respect the boundaries of the Kamchatka brown bears, which allows him to get into their space for incredible portraits.

“Over the years of working with bears, I developed rules for communicating with these predators. The first step is to assess the bear—whether they're aggressive or not. I believe that I have learned to distinguish between which bears you can work with and which you cannot,” Gorshkov shares. “The main thing you cannot do is hide from a bear. The beast must know about my presence. The bear of which I can see is always better than a bear that I can not see. I'm often asked if I'm afraid of bears. Of course, I'm afraid, like any normal person. Moreover, I fear them more than most people, because I know them better than many.”

Gorshkov has since continued his work in documenting wildlife in remote areas of Russia, including the Arctic foxes of Wrangel Island, but it's this series in Kamchatka that has remained his calling card.

The Kamchatka peninsula in far east Russia is home to the world's densest brown bear population. 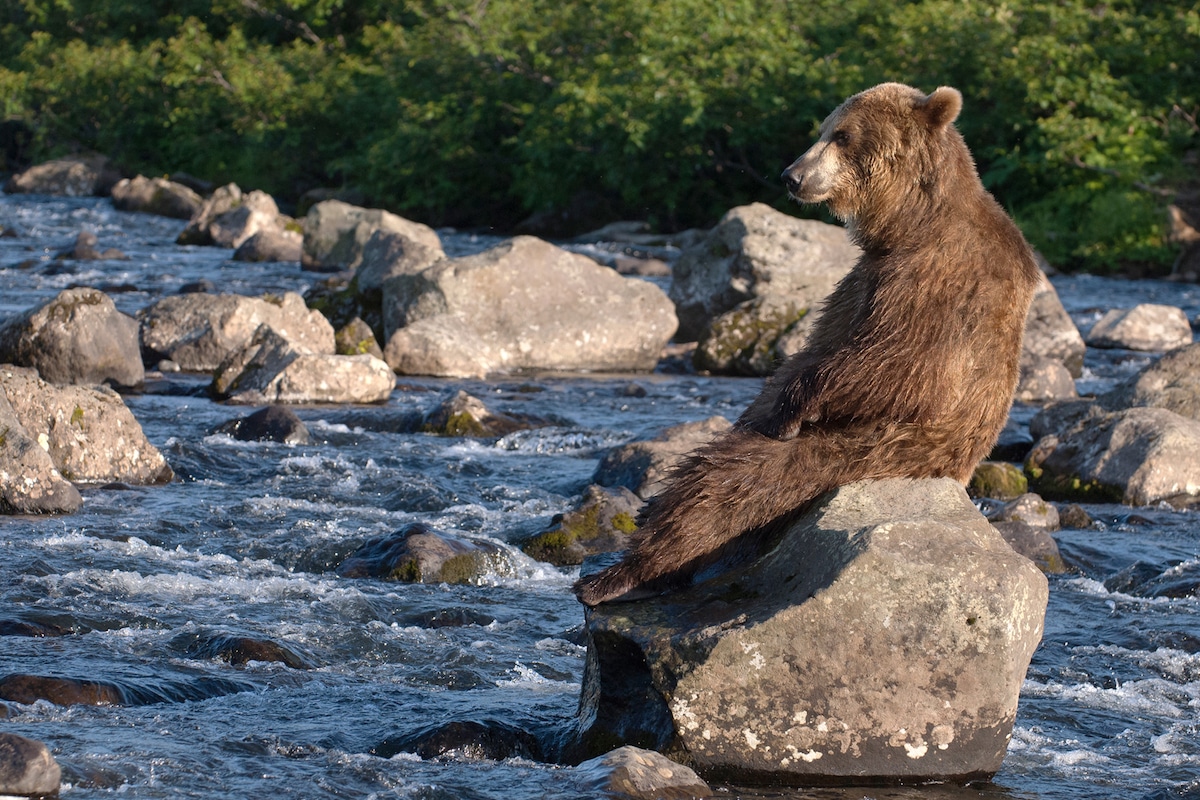 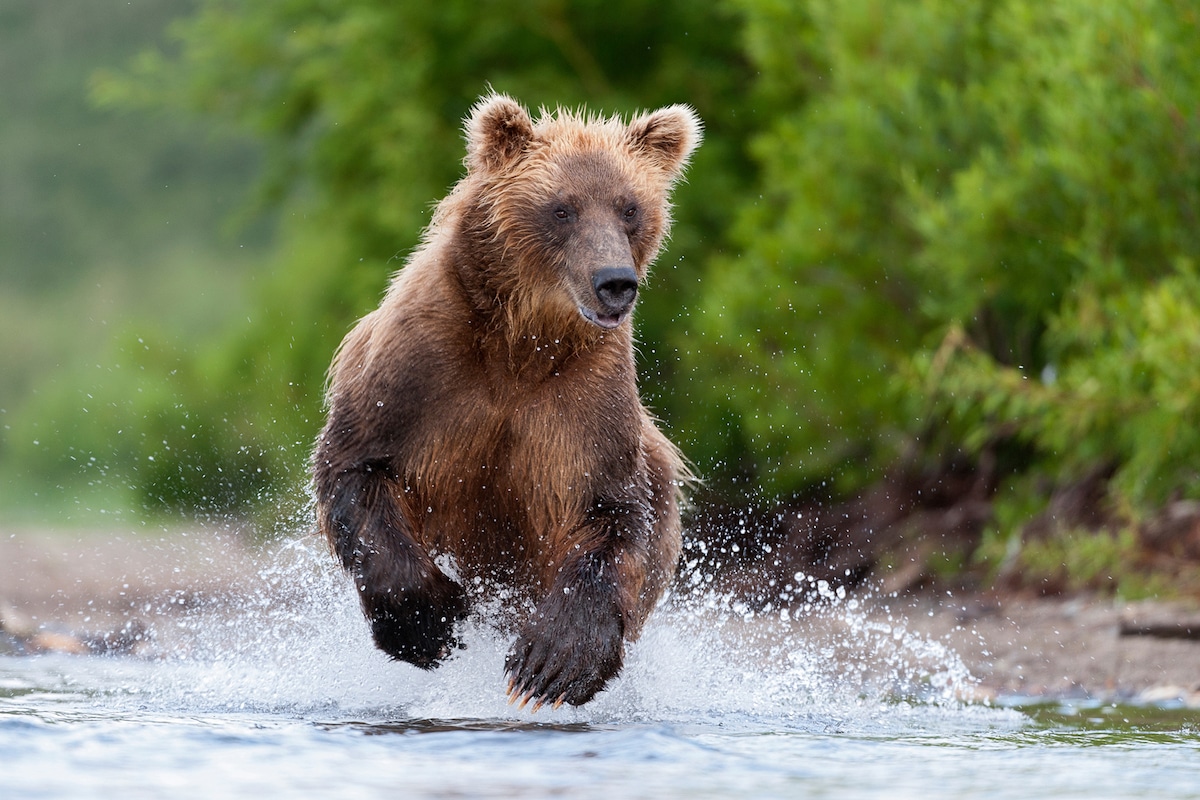 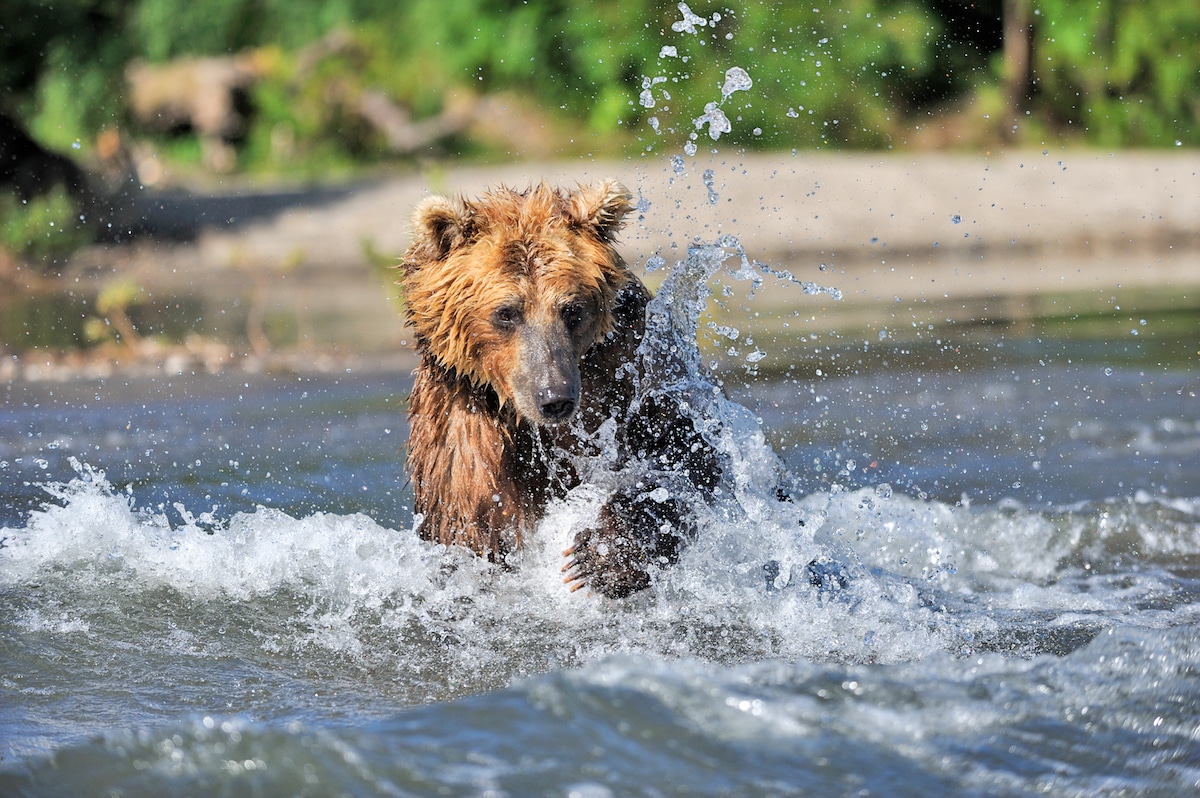 Wildlife photographer Sergey Gorshkov spent years photographing the Kamchatka brown bear, which can grow to over 1,000 pounds, but are relatively unfazed by humans. 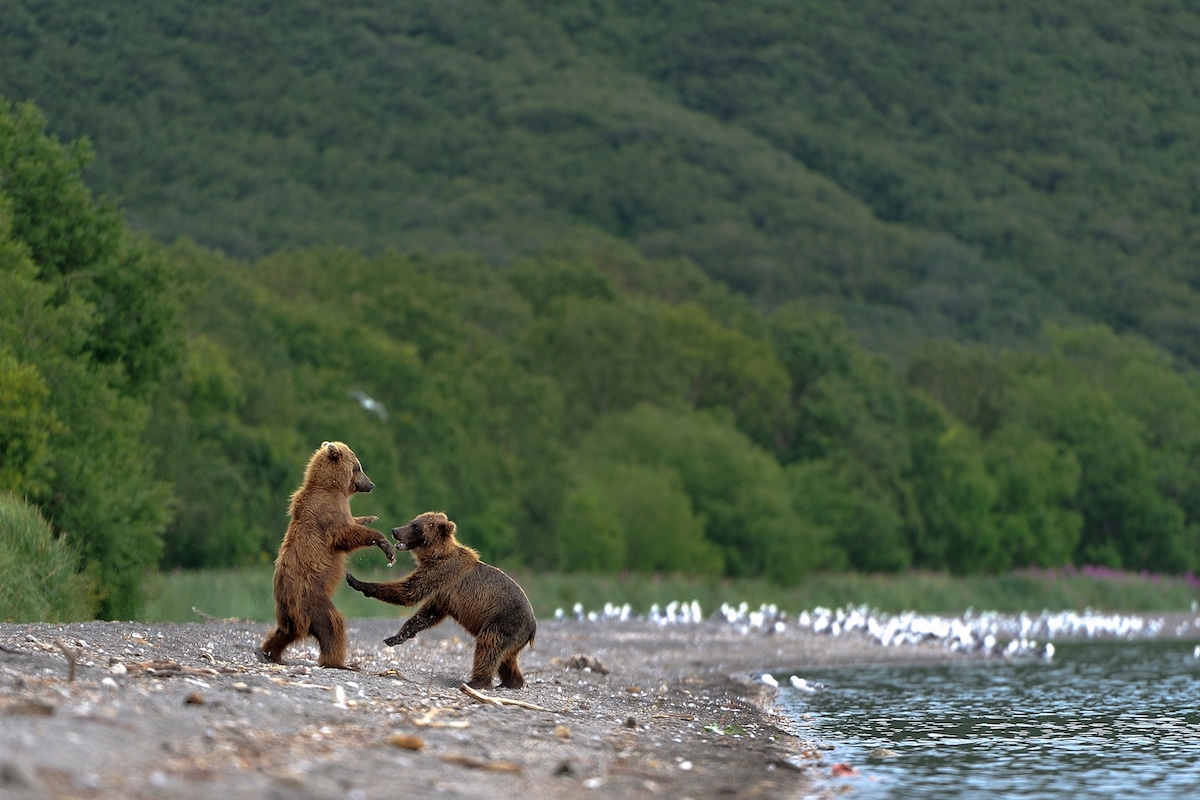 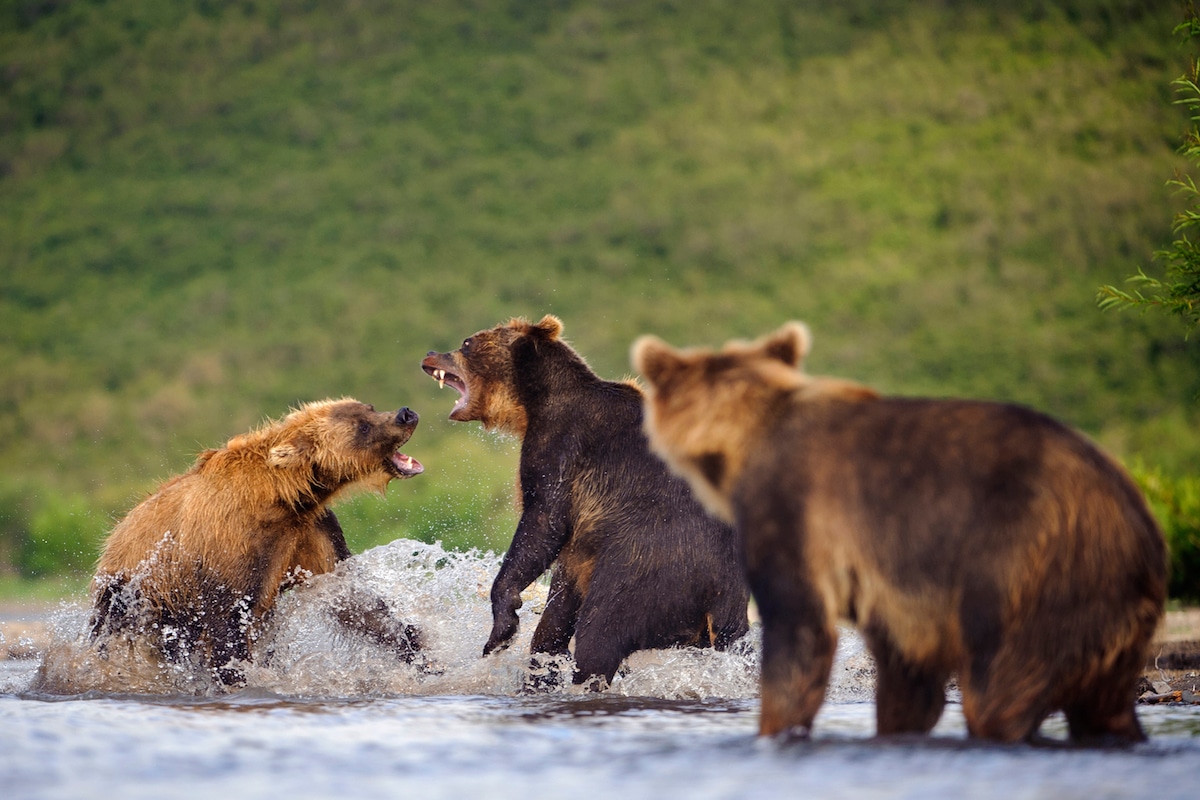 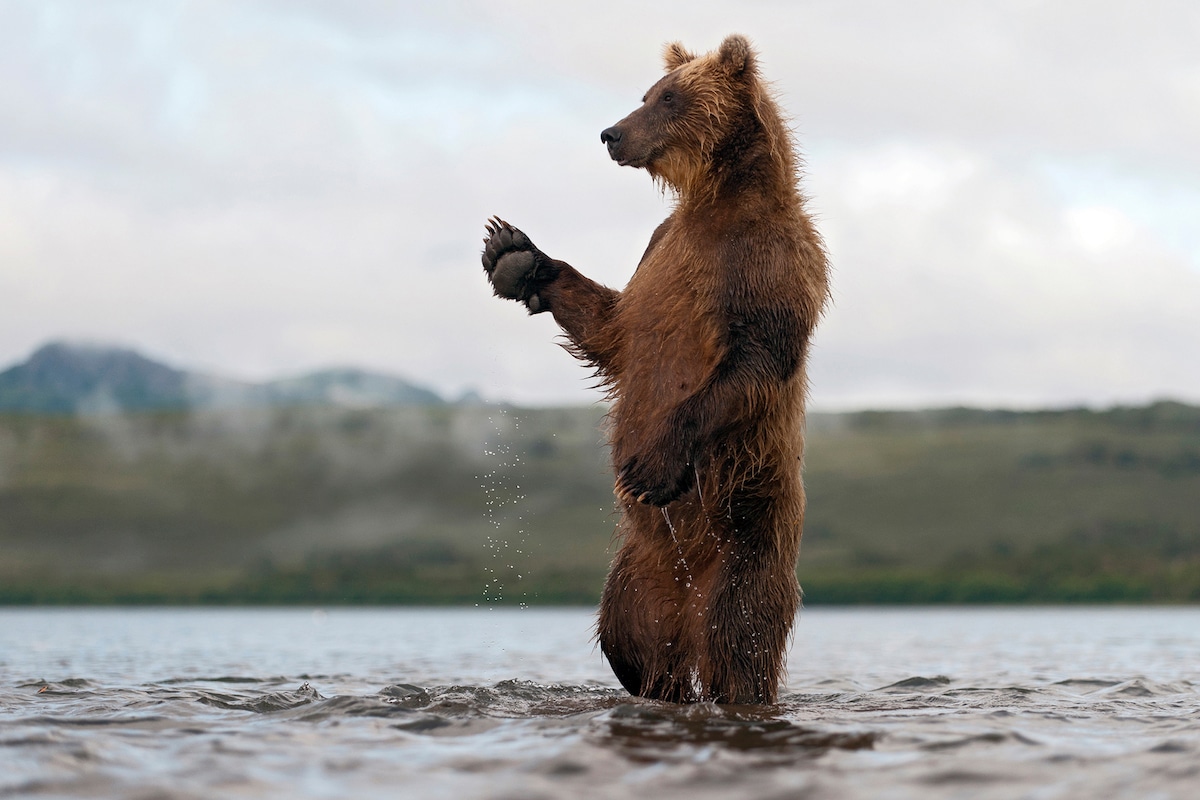 While Gorshkov often gets up close with the brown bears, he always remembers to respect these animals. 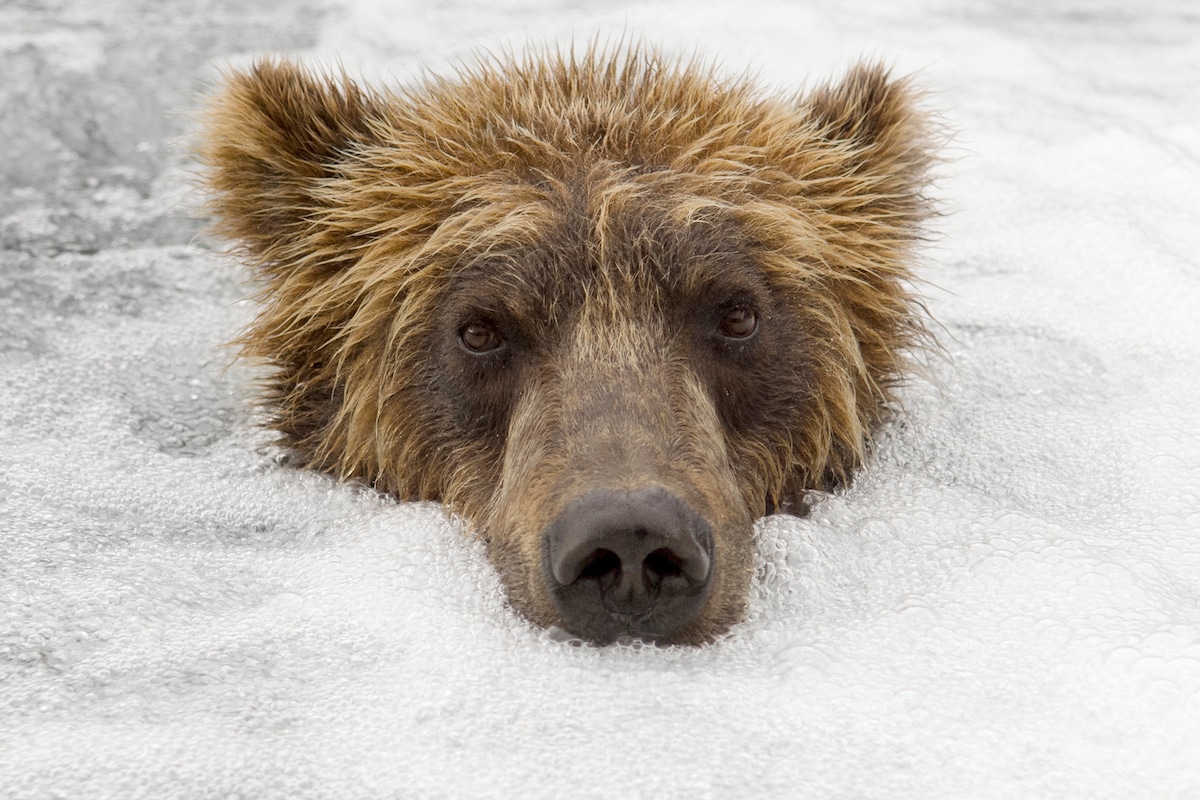 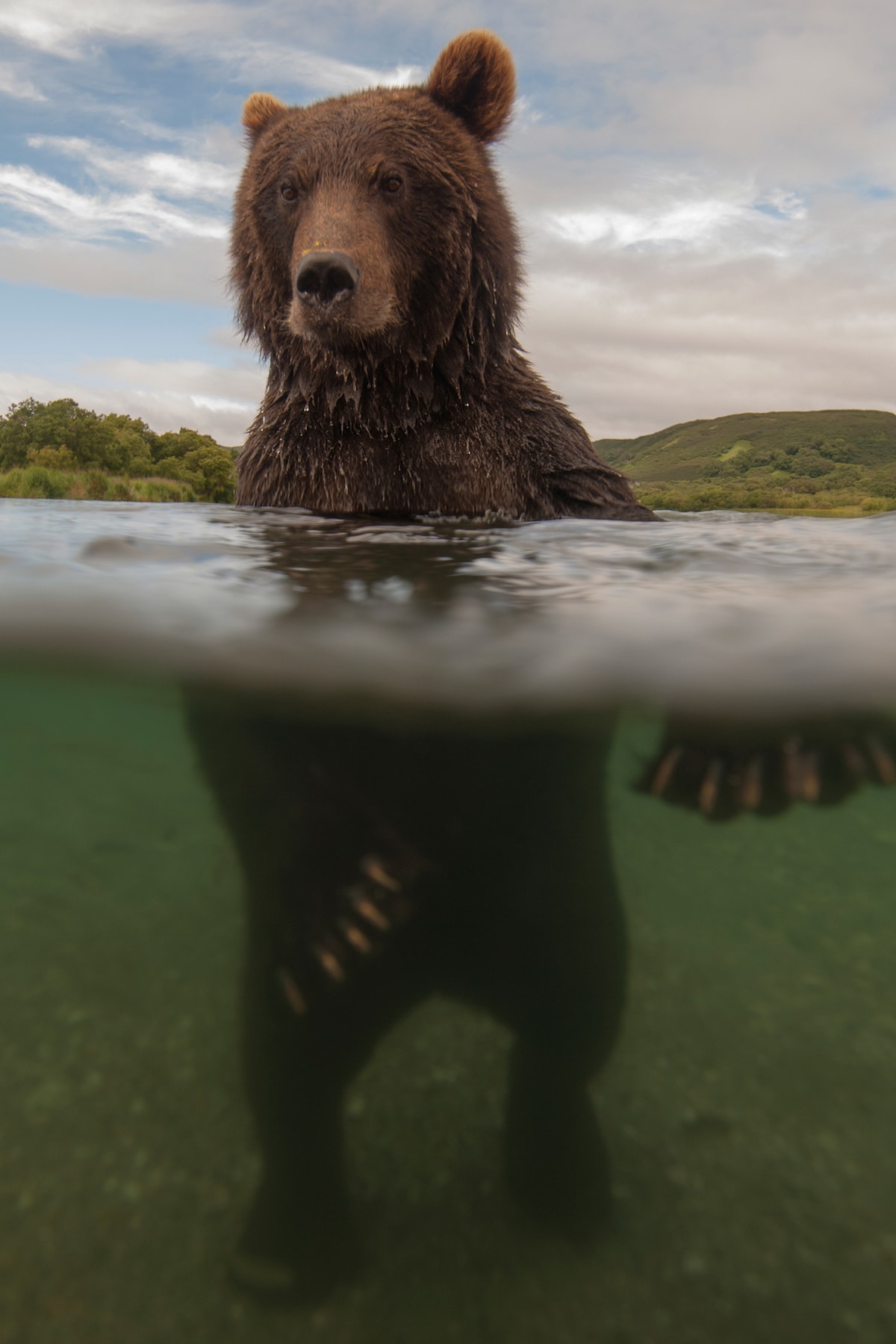 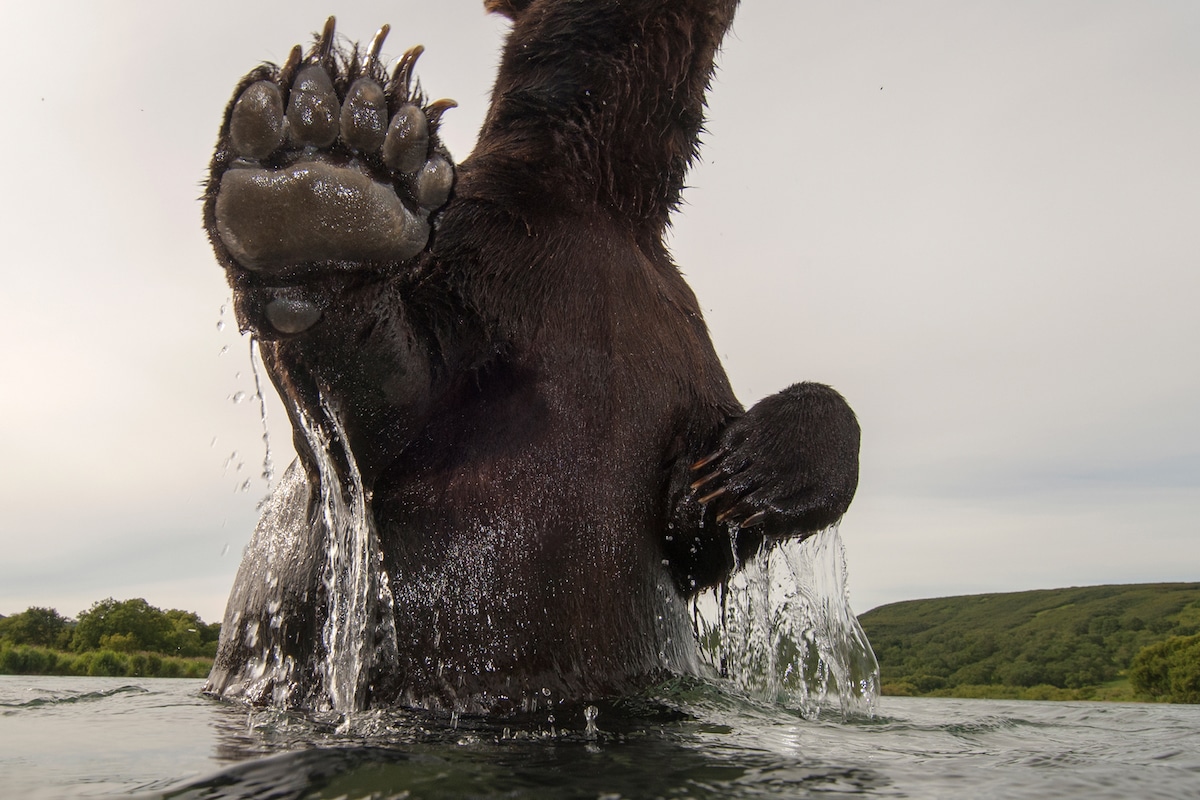 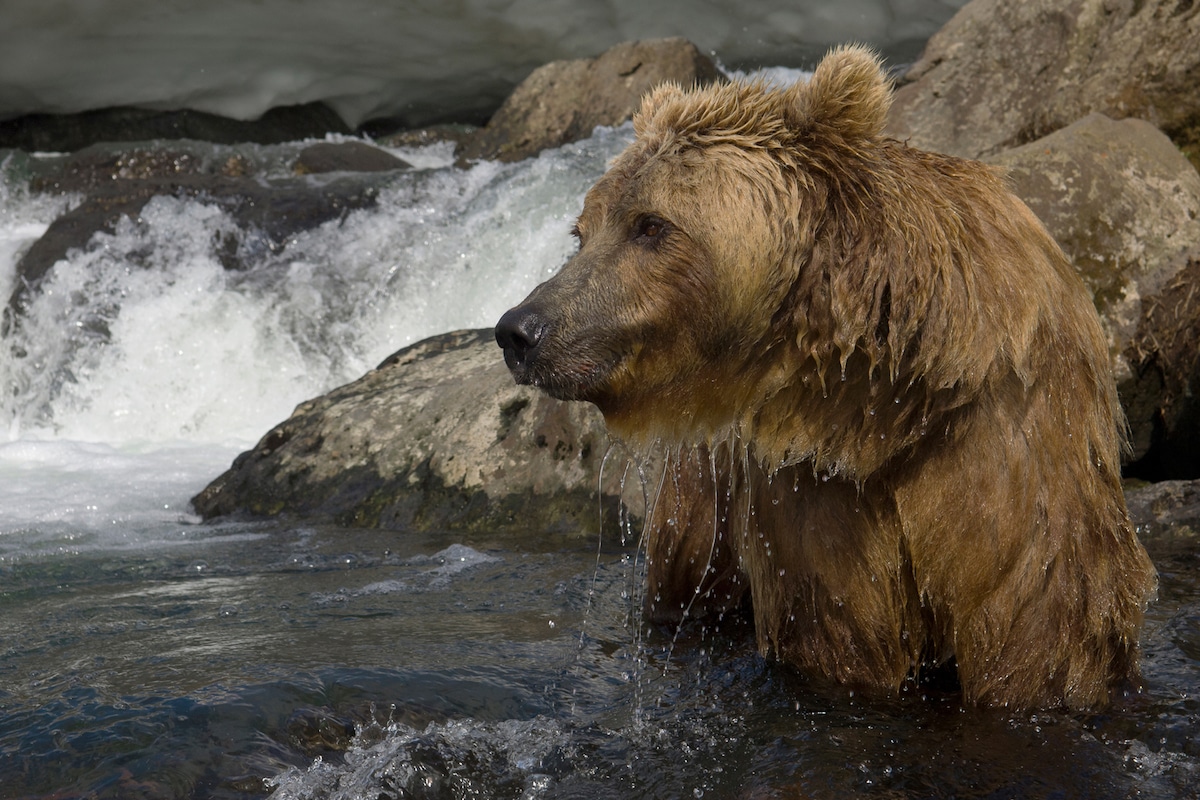 Page 1/2
Aren't these bears incredible? Share
Like My Modern Met on Facebook
Get Our Weekly Newsletter
Become a
My Modern Met Member
As a member, you'll join us in our effort to support the arts.
Become a Member
Explore member benefits