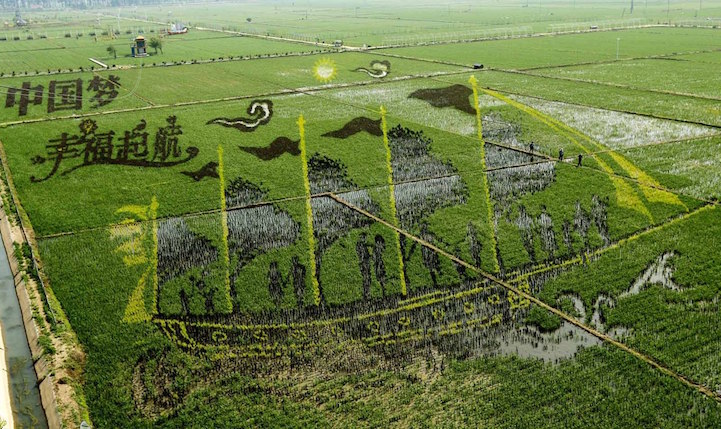 Rice farmers in China have carefully planted their harvest to create vast 3D works of art that are both eye-catching displays of contemporary and traditional subjects. These plant-based pieces are so intricate that they look as though they were spray-painted onto the fields. In reality, the spectacular designs were actually planned out ahead of time, utilizing rice saplings that grow to be different heights and colors. Knowing the growth patterns of each species of the crops allowed farmers to form beautiful images of detailed scenes, animals, and classic Chinese deities, months in advance.

Each year, the rice farmers are entrusted with the task of utilizing these local fields to grow different patterns, so that tourists will be inclined to visit China's northeast province of Liaoning. While this region is home to a Chinese ethnic group known as the Sibe people, for whom it is customary to produce rice field art to pray for blessings, these meticulously plotted fields of rice paddy art are actually part of a unique theme park in Shenyang, China. The unconventional amusement park, which takes up a total of 25 acres, is one of the largest canvases for rice paddy art in the world, and the park itself is actually named after the movie Inception, which translates as “space of rice dreams” in Chinese. 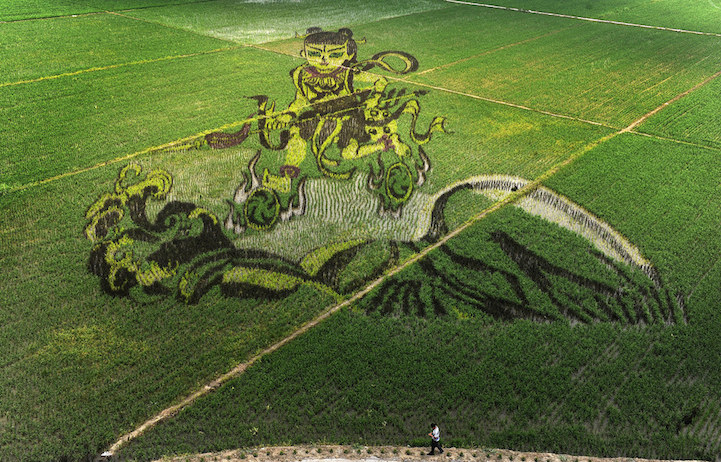 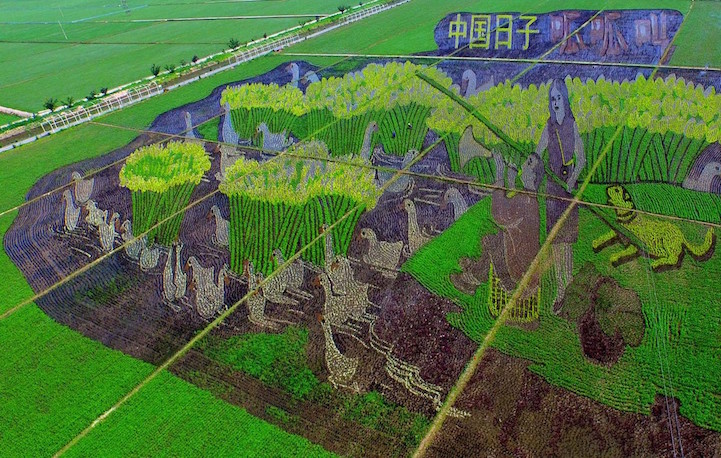 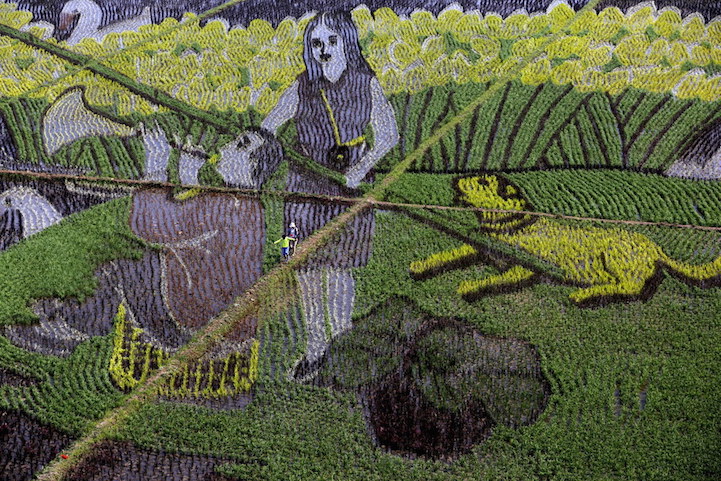 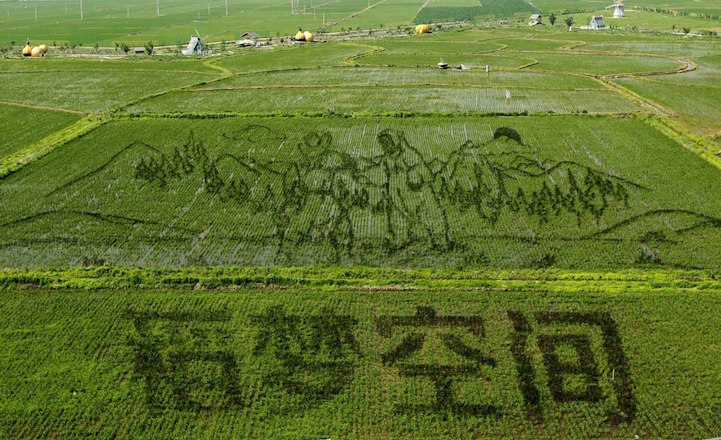 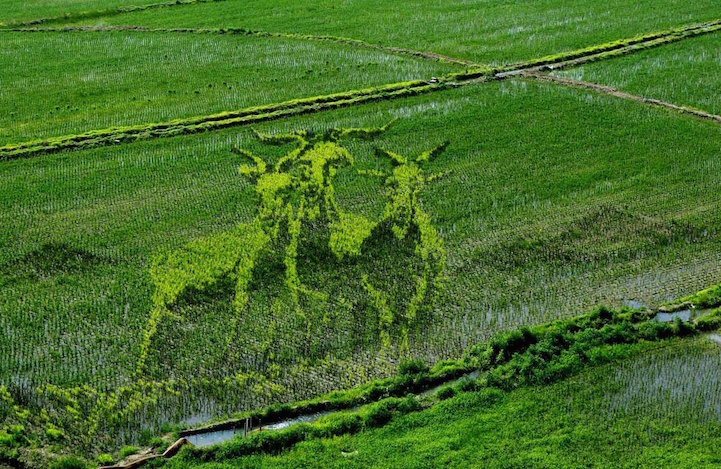 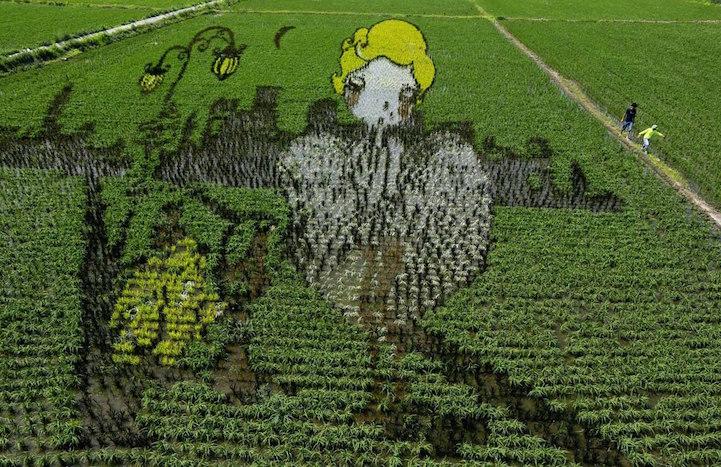 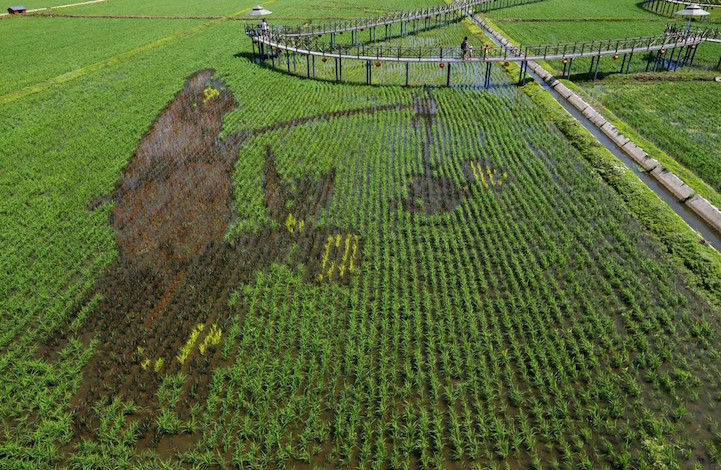