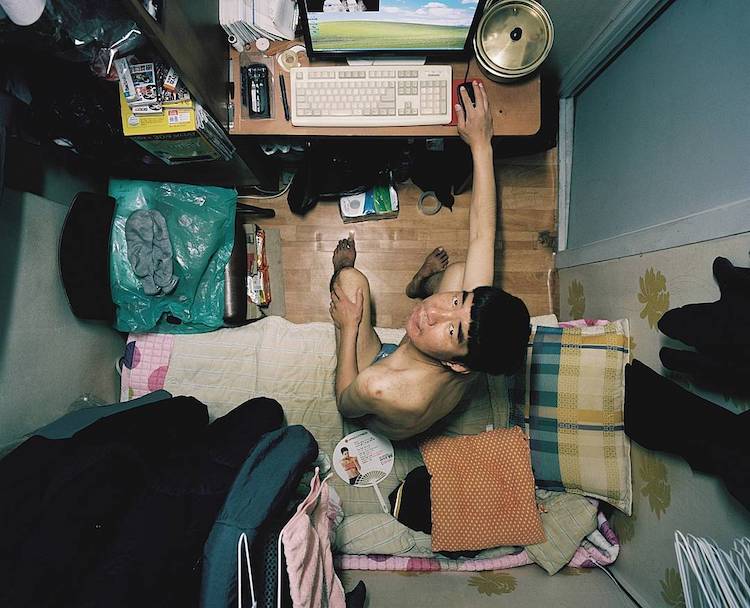 Seoul is one of the world’s most expensive cities to live in. These high prices make it a challenge for many people to find affordable housing. As a result, an alternative to the conventional apartment has emerged. Called goshiwons, these are not apartments but tiny rooms that are large enough for a twin-sized bed and some prized belongings. Photographer Sim Kyu-Dong showcased these units—and the people that inhabit them—in a fascinating series of images.

Goshiwons can be a cheap place for a student to study or a housing option for someone who can’t afford an apartment and might otherwise be homeless. There’s no deposit required to live in one; it's unlike a studio in Seoul, where one would need to come up with money before moving in. Plus, it has some privacy. A room typically has a bed, desk, and closet that affords someone the opportunity to keep their things safe and space to eat and work. But the facilities, such as the bathroom, are shared with other residents.

Like their larger counterparts, a goshiwon varies based on who is living in it. Some folks are neat and tidy while others have carved just enough space for them to sit and nothing else. The room might have a window (for an added fee) and wallpaper to give the room a homier feel. Scroll down to see how people have chosen to live in their goshiwon.

Photographer Sim Kyu-Dong chronicles the people who live in goshiwons, which are tiny rentable rooms in Seoul. 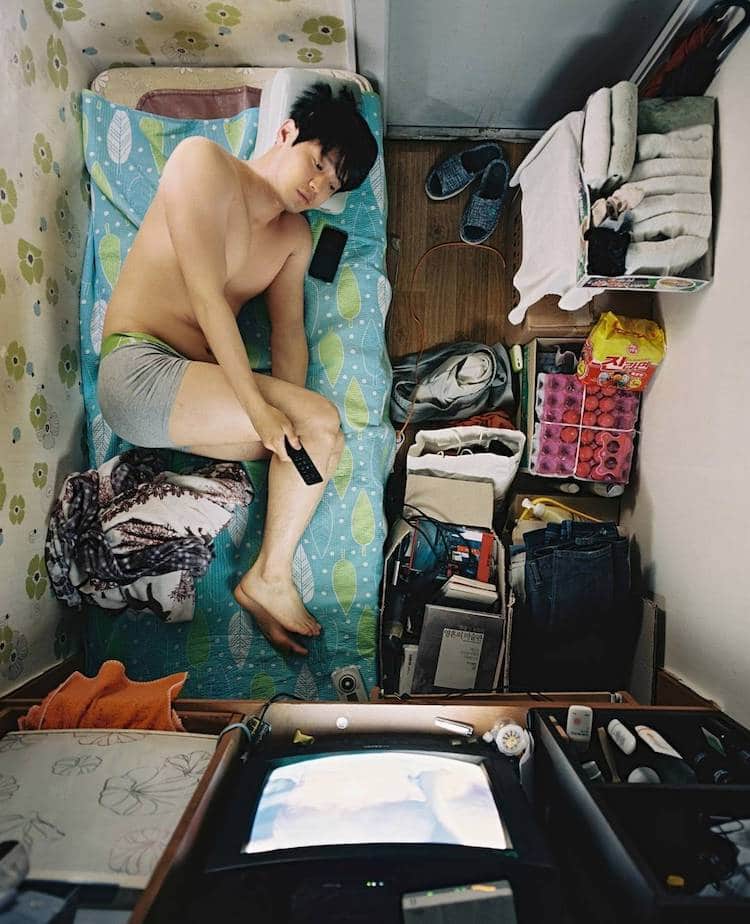 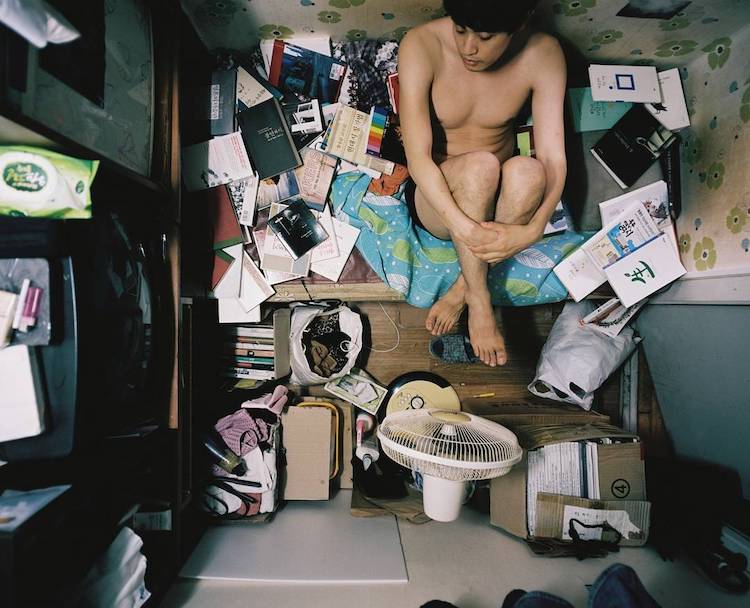 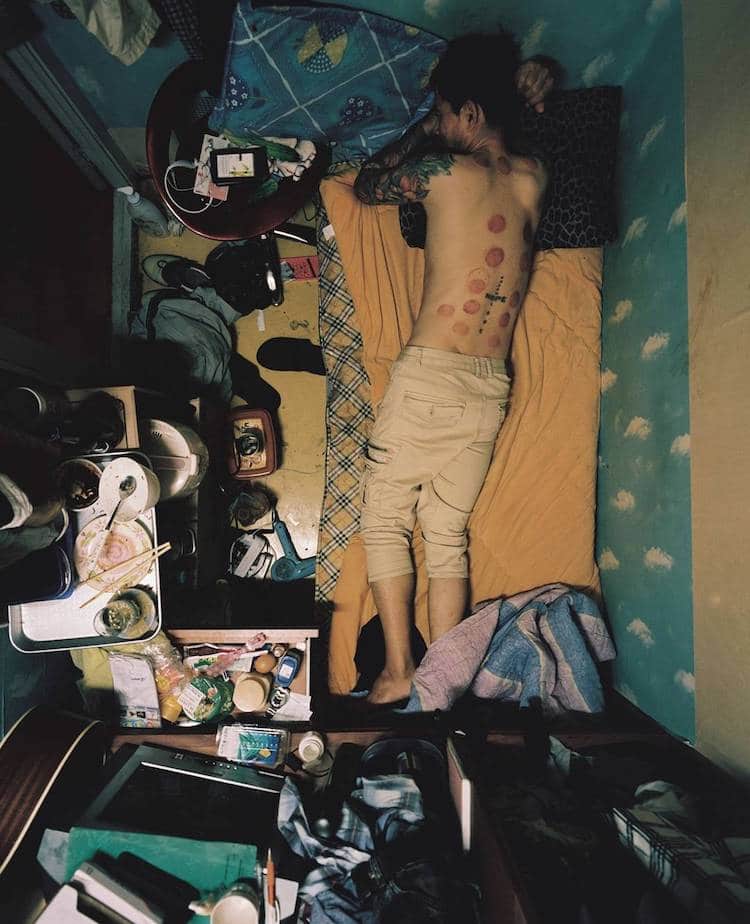 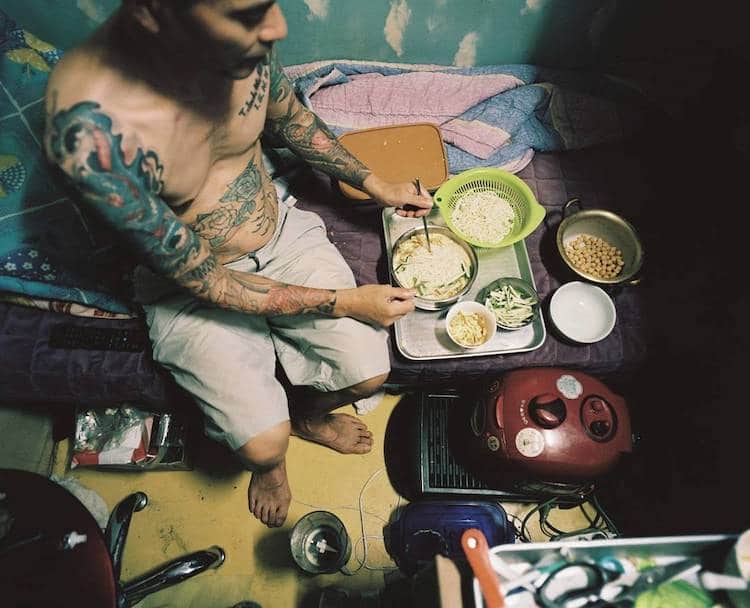 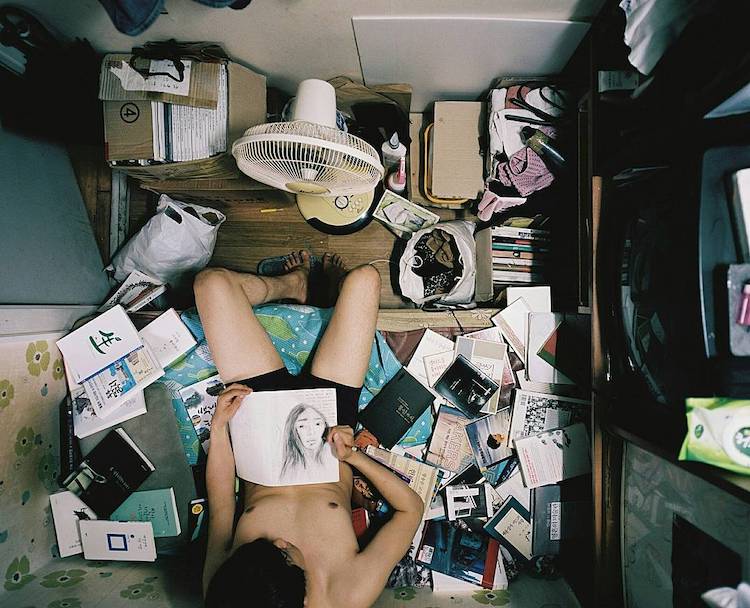 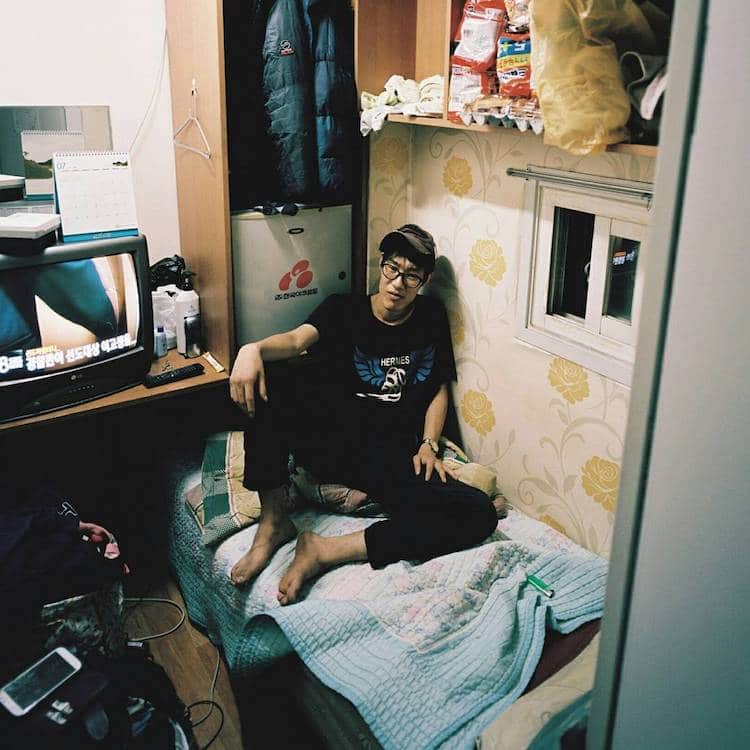 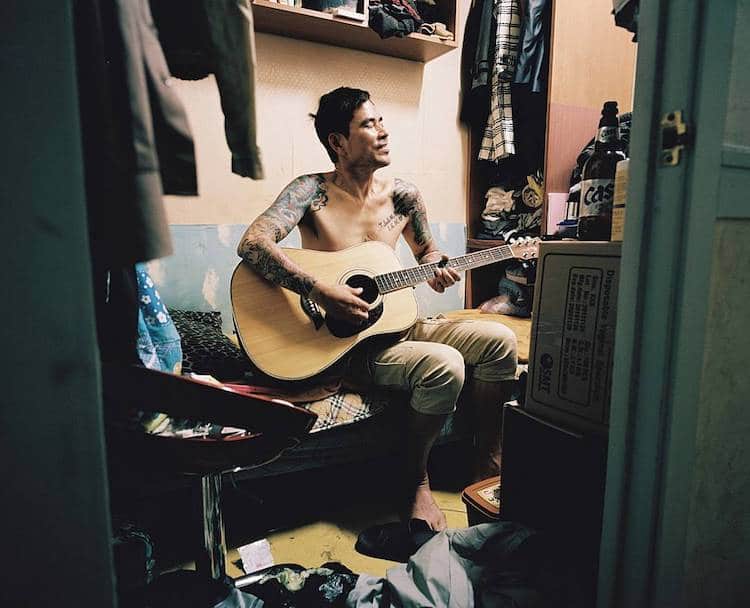 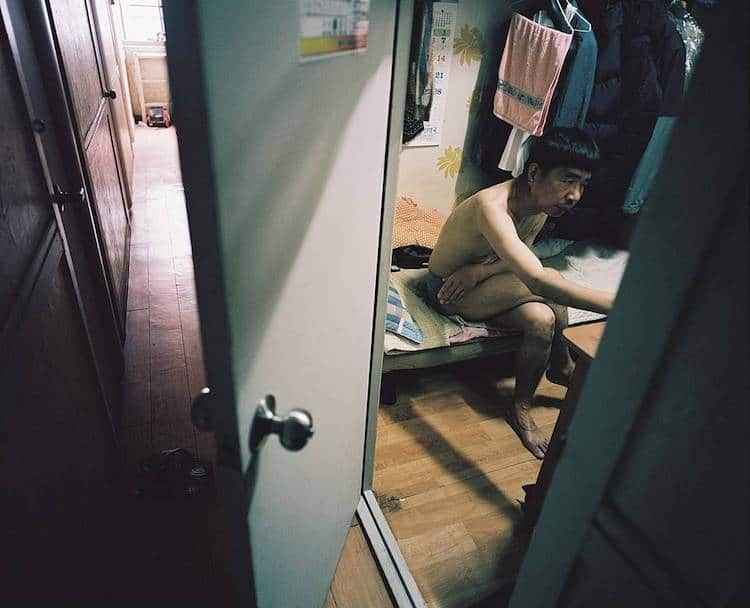