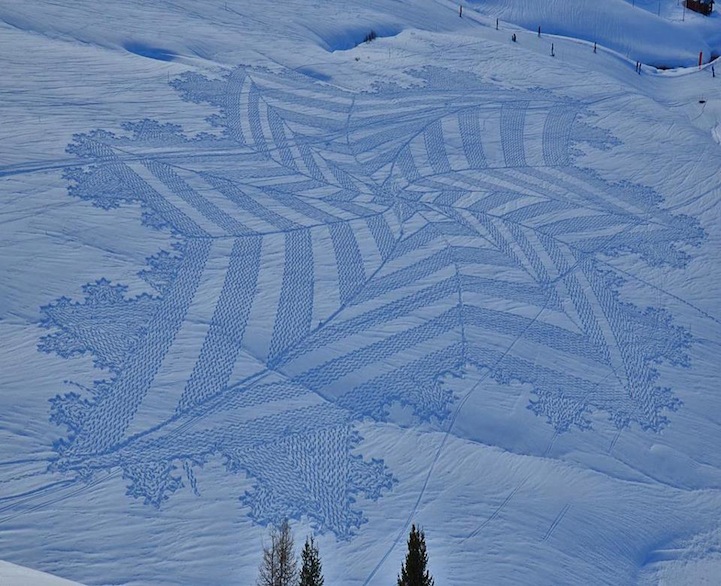 We were first introduced to the creative snow patterns of artist Simon Beck earlier this year and it seems the active snow artist is back at it again. As winter approaches and we all bundle up inside for warmth, Beck already has his snowshoes on to trek through the snowy fields of Les Arcs, a ski resort in France where he owns an apartment. The English artist has already begun walking countless miles to create amazing geometric patterns in snow for this season.

With a background in orienteering and an affinity for the world of geometry, Beck manages to only get bigger and better with time. The artist began his impressive craft in 2004 as a form of exercise, though it has clearly grown into something far greater. With each passing year, he has proceeded to expand the size and complexity of his figures, challenging himself and wowing the world with his meticulous skill. It's hard to believe that each piece, which can take anywhere from 6 hours to 2 days to complete, is made manually by foot.

In the end, all of Beck's snow art has a temporary lifespan as new snowfall is bound to cover his laborious efforts. This is why the artist seeks to take pictures and share them with the world. When asked why he actually does this, the artist responded, “I hope to spread the message [that] the mountains and snow are beautiful and worth preserving, and there are better things in life than spending so much time doing things you don't want to so that you can spend money you haven't got (yet) to buy things you don't need to impress people you don't like.” 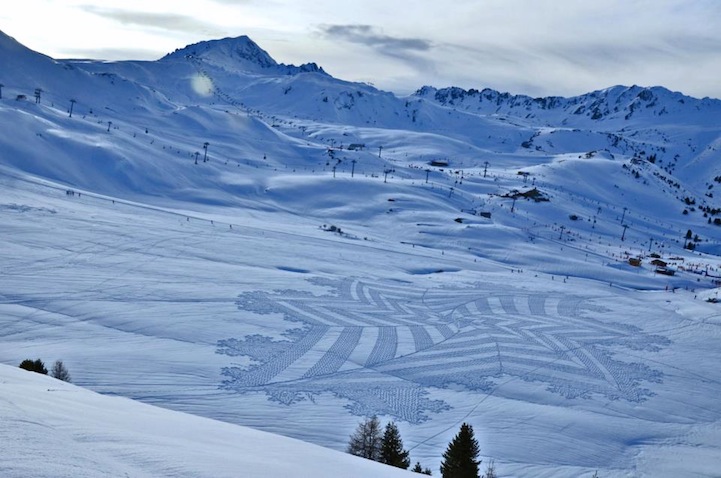 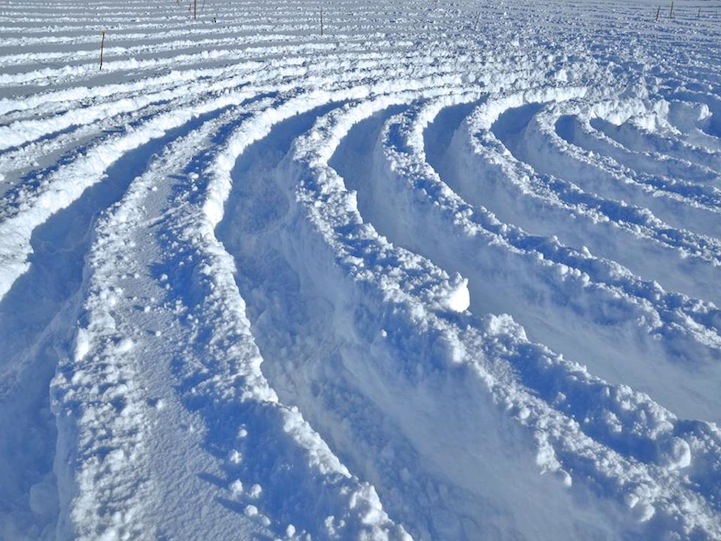 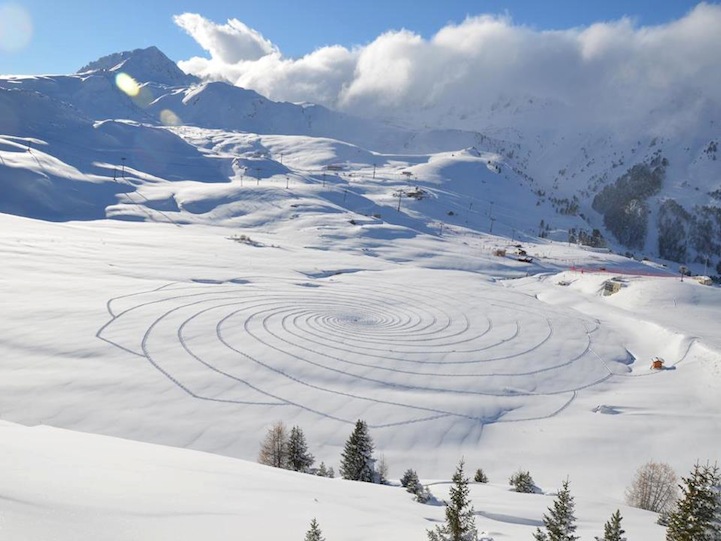 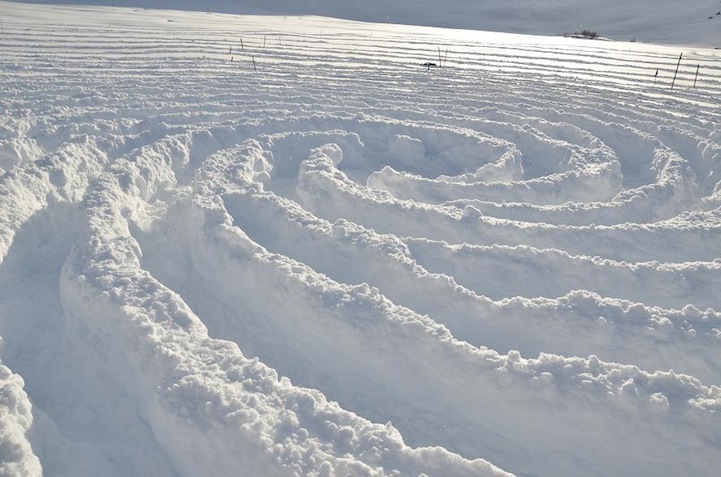 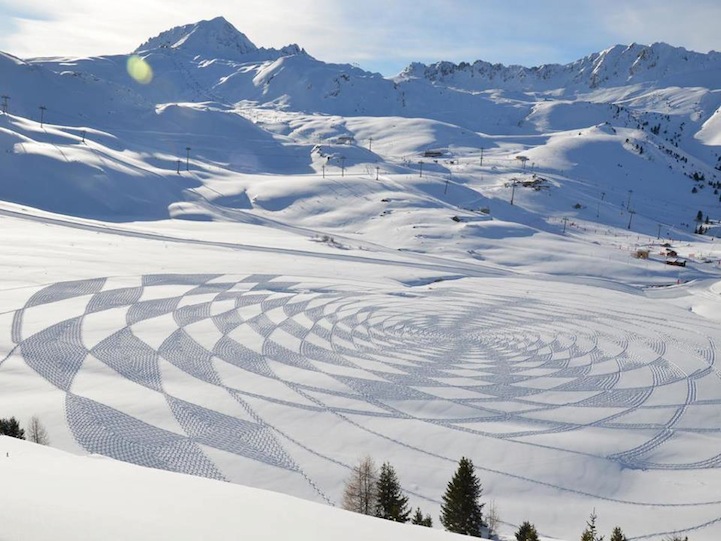 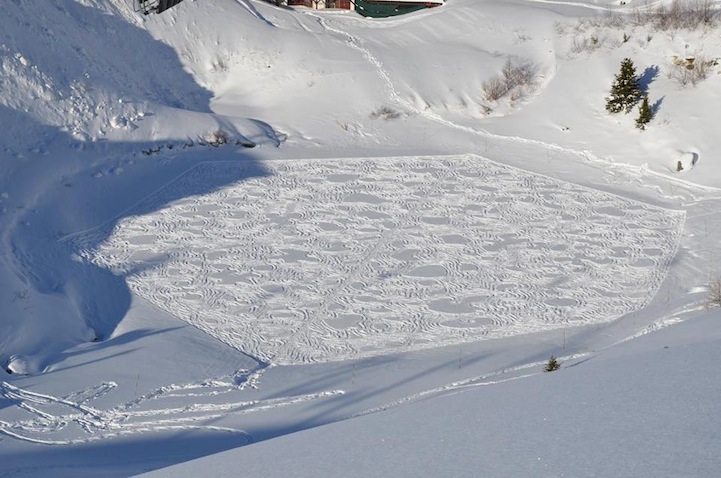 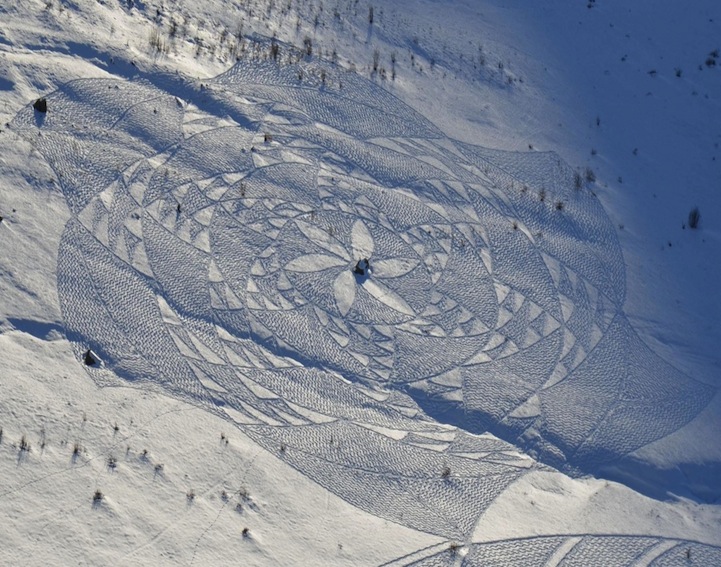 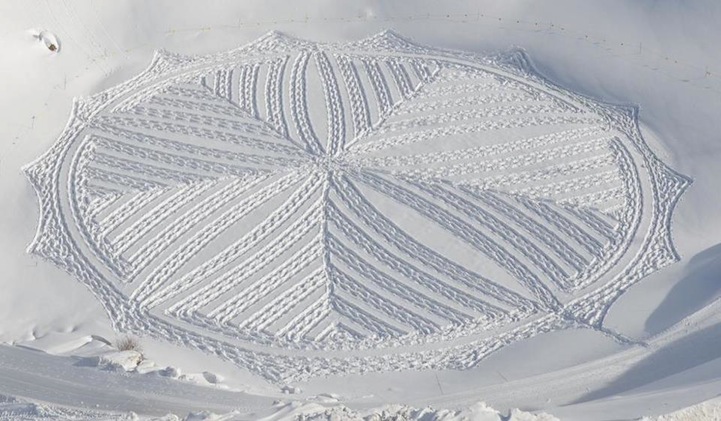 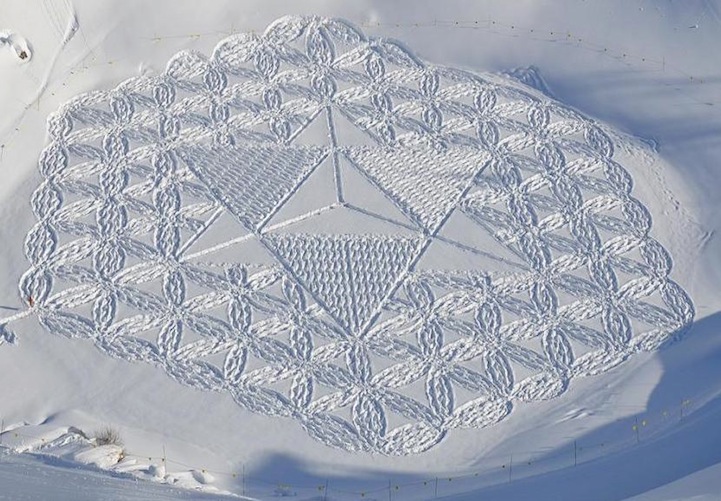