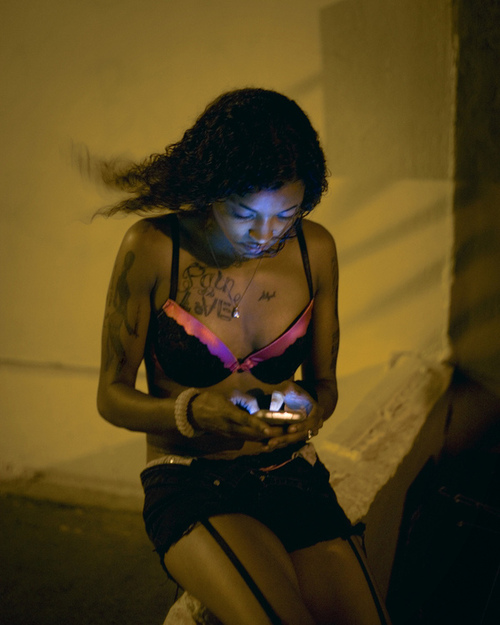 New York-based photographer, Seymour Templar took these photos as part of an intriguing series called Social Lights: A Certain Night Life. The title is clever and points out how, in this day and age, we're so attached to our phones. In fact, all types of people, from different walks of life, seem to have their eyes glued on them. While these people are immersed in their technological world of text messages and the Internet, Templar is more interested in capturing peaceful emotions as the light of the phones radiates against their faces. The photos are beautiful and natural, featuring 21st century human beings in their so-called “natural” environment.

We caught up with Seymour to ask him a few questions about the set. You can catch that interview, below. 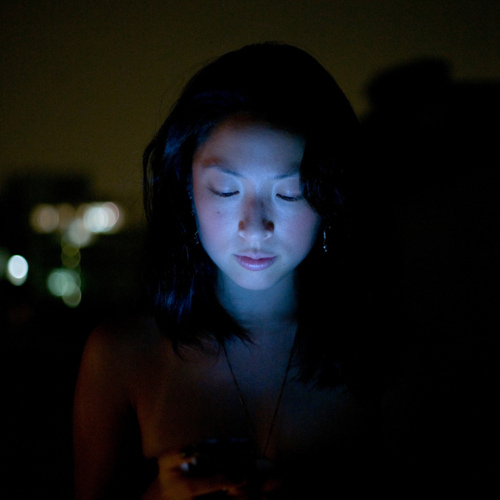 Can you please give us a brief background of yourself?
I studied Fine Arts in Brussels, Belgium, I've lived in New York City since 1992. I have been painting and making furniture in my studio the first 10 of those years. I then became a Design Director for a Home Furnishing company, which I left early this year. I have been taking photographs for about four or five years but only recently did I dare trying to make a living with it. 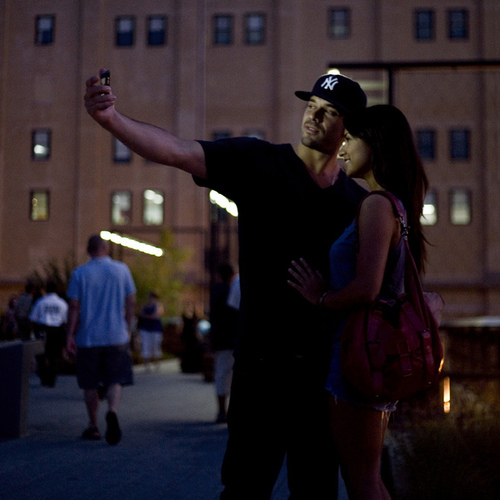 What inspired you to create Social Lights?
It came about by itself: once I noticed I had a few images in the same vein, it was easy to draw the correlation. The meaning emerged as a “eureka” moment, when everyone sees what has been there all along but only notices when it is put in evidence. I have to refrain from shooting “just” another image of someone starring at their SmartPhone, I try to select a moment when something happens, when the scene is touching me for some reason. 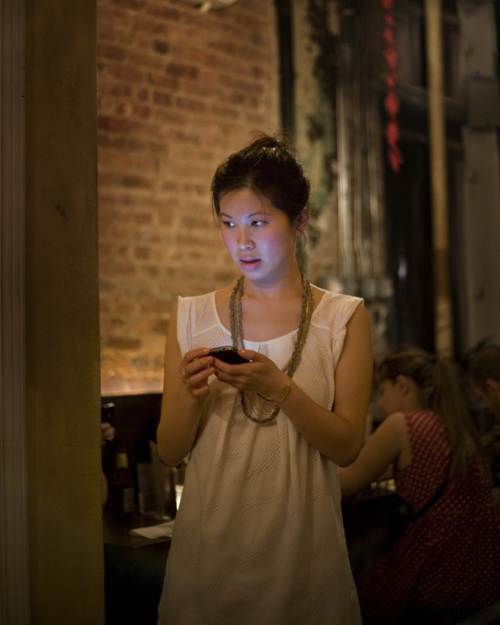 Where and how did you choose to shoot these people? Are they completely candid shots?
About ninety percent are candid, anonymous night people. I also shoot my friends if they are busy with their phone, and if the shot is worth it. I shoot these pictures in bars, restaurants, anywhere I go. I don't go out specifically for that reason, I just carry my camera everywhere. When I see something that intrigues me, or seduces me, I take a shot or two, it happens very quickly, without much thinking or planning. None of them are staged, even if it's somebody I know. It comes very naturally. 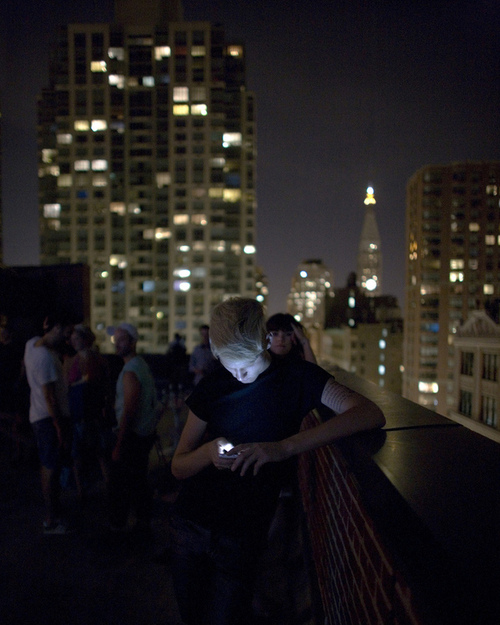 Do you think technology is effecting our lives for the better or worse?
I think this way of being tethered at all time is too seducing, it won't go away. We are likely to find ways to manage our time online in a more respectful way (have you bumped into someone on the street because they are totally engrossed in a text conversation?) but I don't think it is necessarily a positive or a negative aspect of this technology. I do a tremendous amount of stuff on my phone, from writing posts for my blog to engaging in conversation with friends in Beijing or Abu Dhabi. I find it enhances my life as much as it impairs it. We just need to find a balance. These images are not meant as a critique of our new ways, I am merely pointing at some new behavior that deserves thinking about. 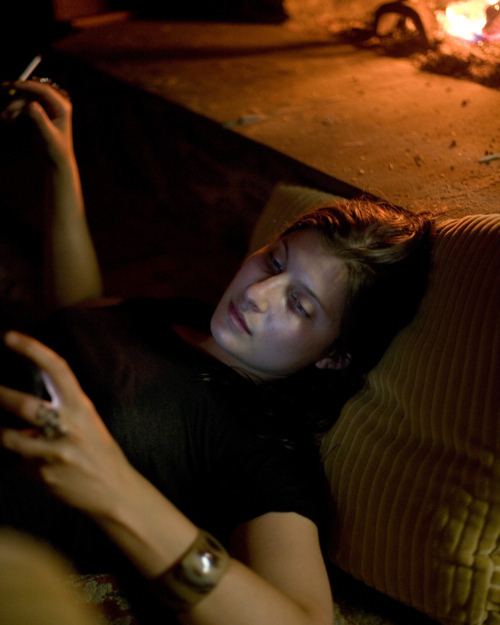 What's next for you?
I am working on the next two projects, very different from Social Lights. One deals with Scales and Memories, the other is about references, about a common perception of women representation in western culture, but in a frame referencing European art history of the past two or three centuries.

I have another two or three concepts brewing, but they are not clear yet. And whatever assignment I would be lucky to get… 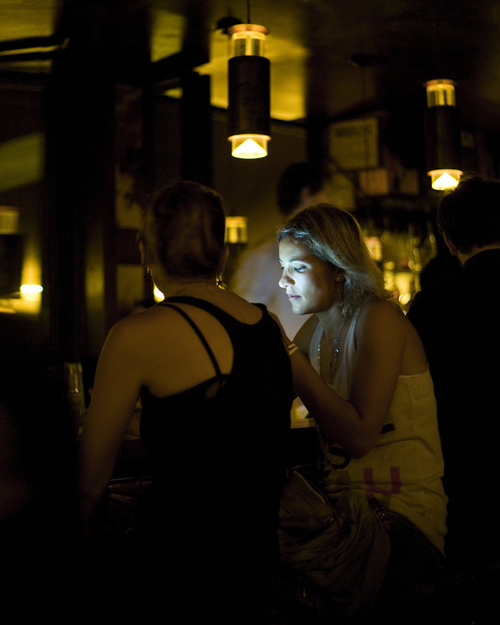 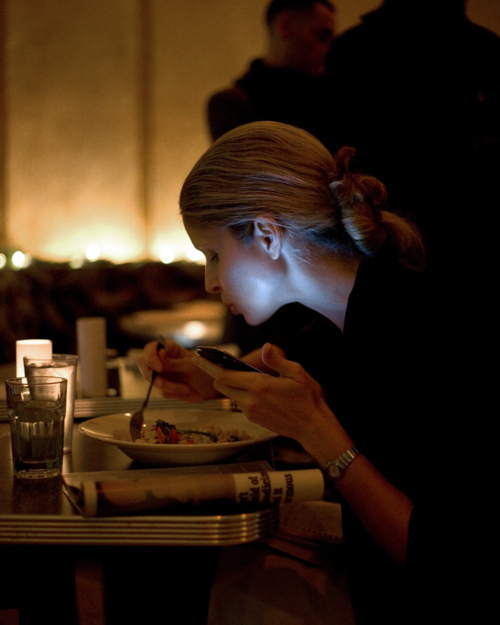 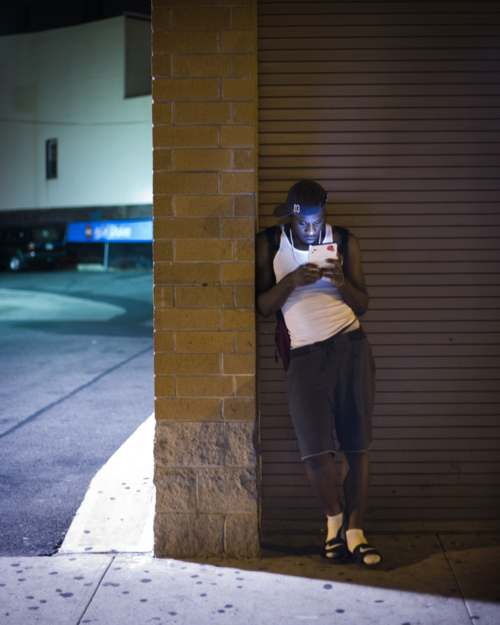