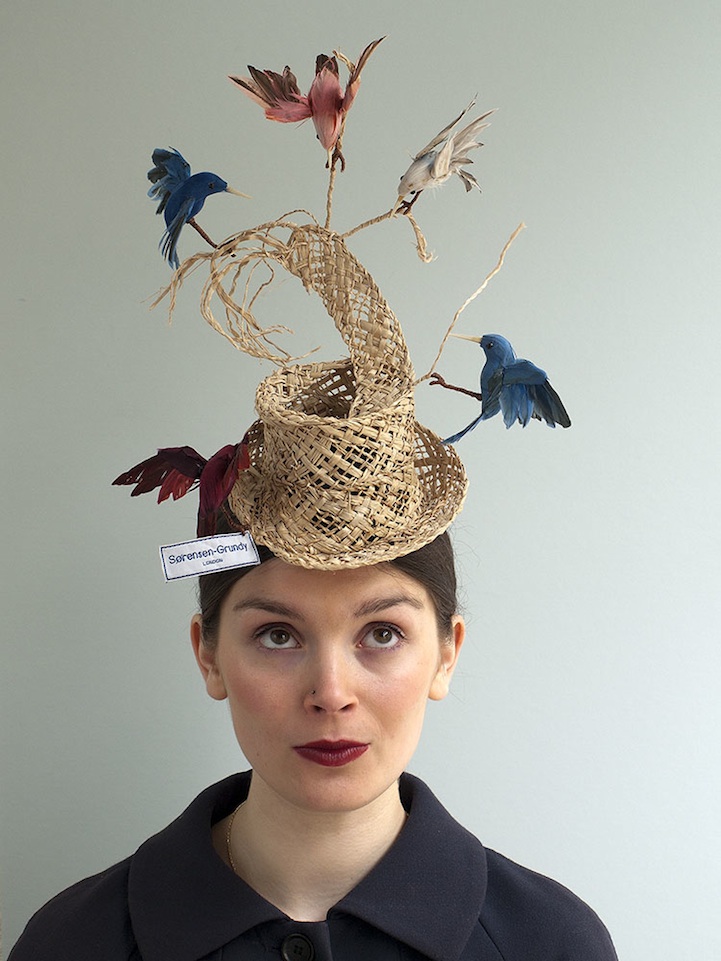 After Sara Grundy's clever hat called “Construction Overhead,” which featured miniature men making a Victorian top hat, spread throughout the web, she was inspired to create a whole series. This new one, called “Nesting Instinct,” shows a straw hat constructed by some very lively birds.

As she tells us, “Echoing scenes from the 1950 Cinderella animation, birds are doing the work. Each bird is using its nest building skills to weave the strands of straw into a hat shape. Their collaborative effort shows the final stages of production whilst at the same time displaying how a handmade straw hat is actually sewn together using a long strip of straw ribbon.”

Grundy had to sew the straw ribbon to make the hat first and then wire it for support. After picking up vintage birds at a “car boot sale” (the UK version of a flea market), she then made the birds' legs and attached them to their bodies and onto the hat. 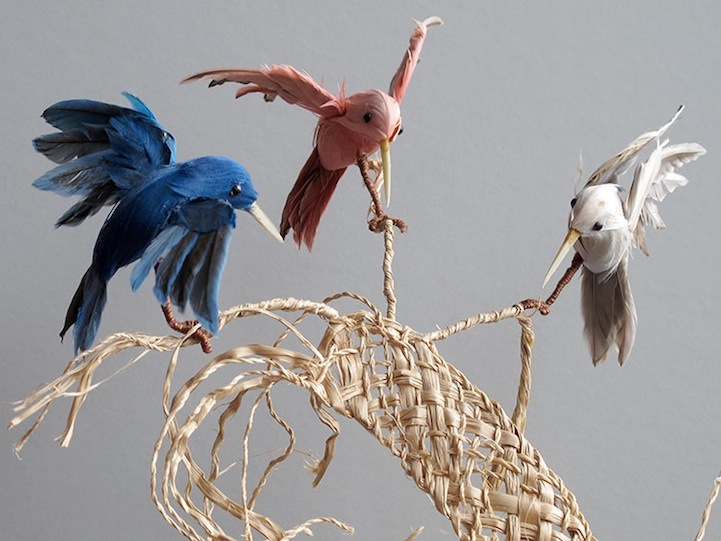 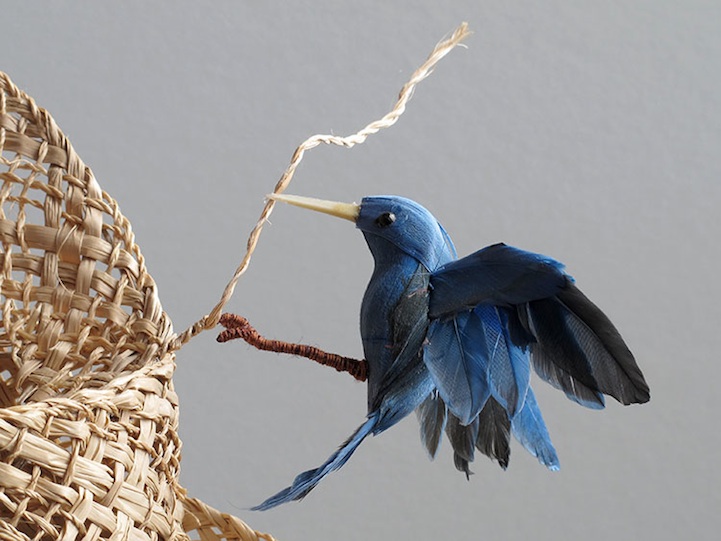 When asked if someone could buy this, Grundy replied, “They could be for sale but, not as wearable hats, more like art pieces so it would include a perspex box and some sort of head display. This would be expensive. I would have to think about it!”