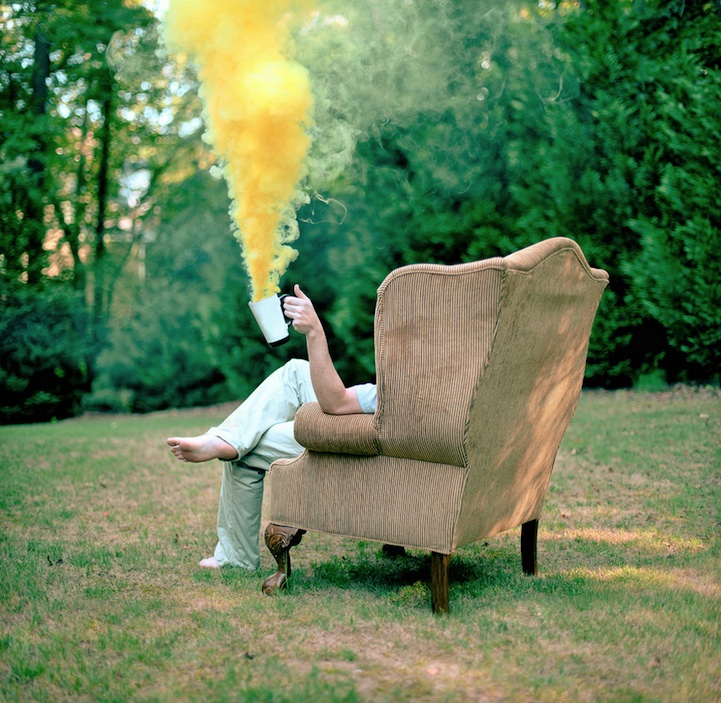 Today, I found and fell in love with the slightly surreal photography of Stephen Criscolo. A recent high school graduate, Criscolo is now attending the University of Georgia and studying Photojournalism. Like many young talents, the 19-year-old is completely self-taught. As you can tell by his photo manipulation skills, he's equally comfortable behind the camera as he is in front of his computer.

You can read a great interview Phlearn recently conducted with the photographer where you can learn more about his gear, his inspiration and the stories behind his most interesting series.

Here was my favorite Q&A:

What do you think were some key elements to the development of your photography?

“Be different. Not just from other photographers, but from myself as well. Throughout my 365 I've been pushing myself to create images that are different in style and execution then the one I uploaded before it. I told myself when I started that I didn't want to be confined to a single type of photography and ever since then I've be experimenting with different forms of the medium. People often tell me that my work is so varied and sporadic (in both good and bad connotation) but I take these as compliments entirely. I want people to page through my stream and be constantly interested in the different types of photographs, rather than get bored of a sort of universal style that repeats itself. I want each photo to ‘wow' someone because they weren't expecting to see me deviate from a set line that many photographers create for themselves.”

Look through his Flickr photostream and you'll notice that the conceptual photographer can conjure up whimsical dreams as well as scary nightmares. (As you can see, I prefer his lighter work! Except I love The Five Stages of Grief.)

Update: We were able to get in touch with Stephen to ask him a few questions. Read that interview, below. 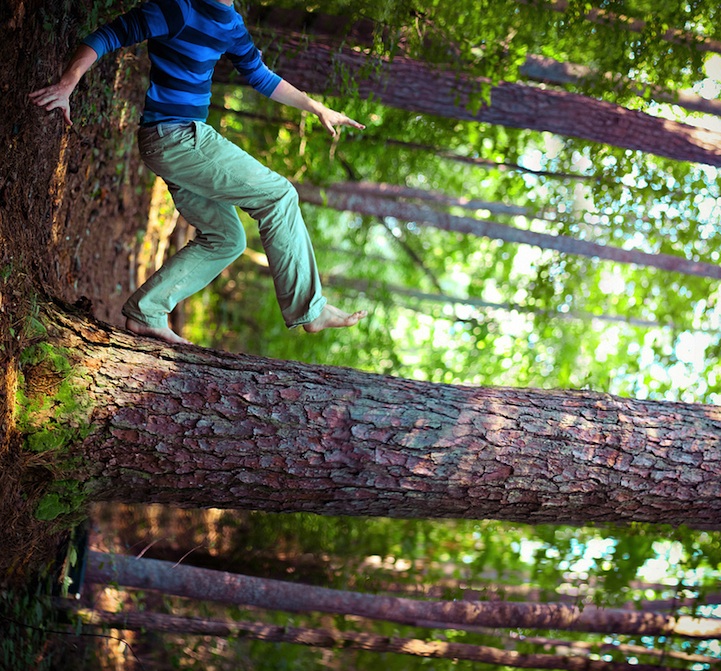 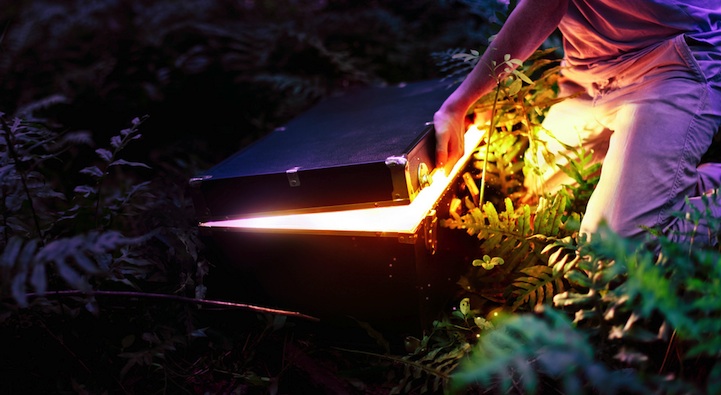 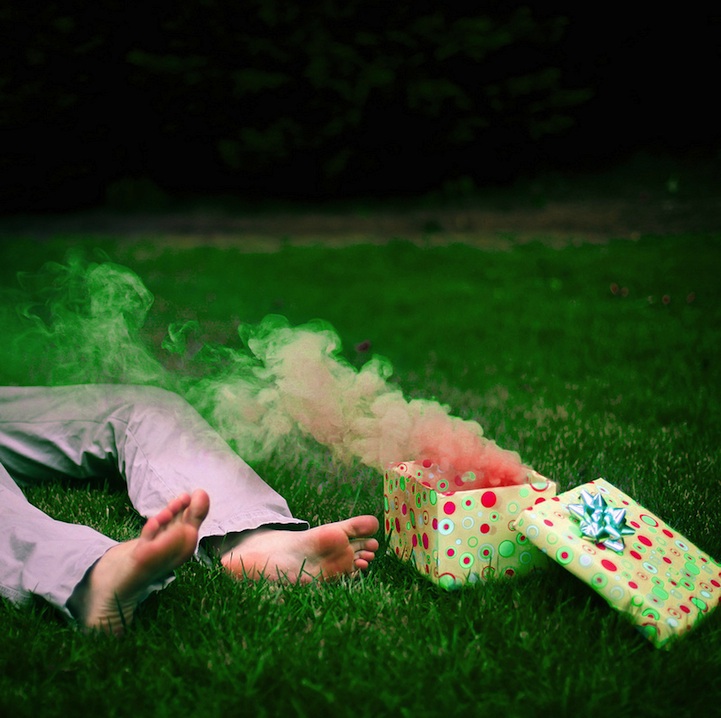 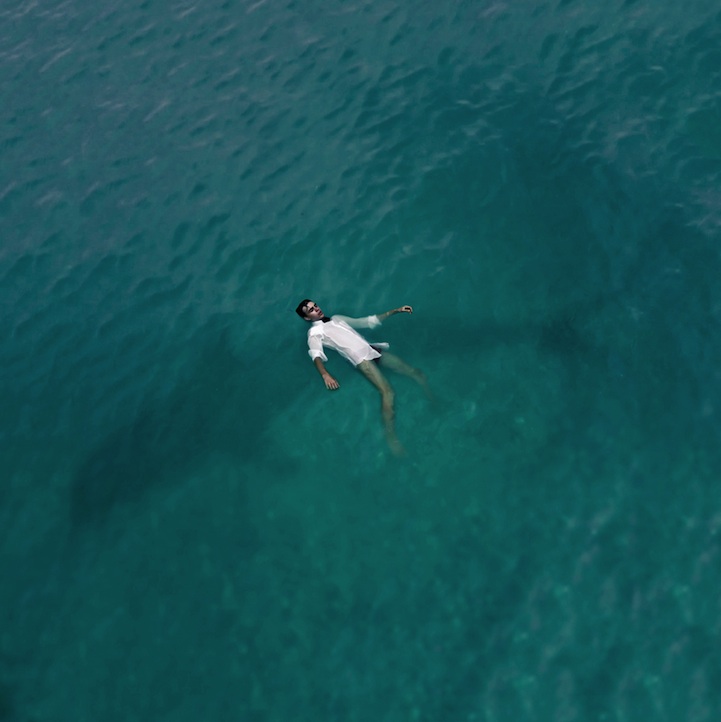 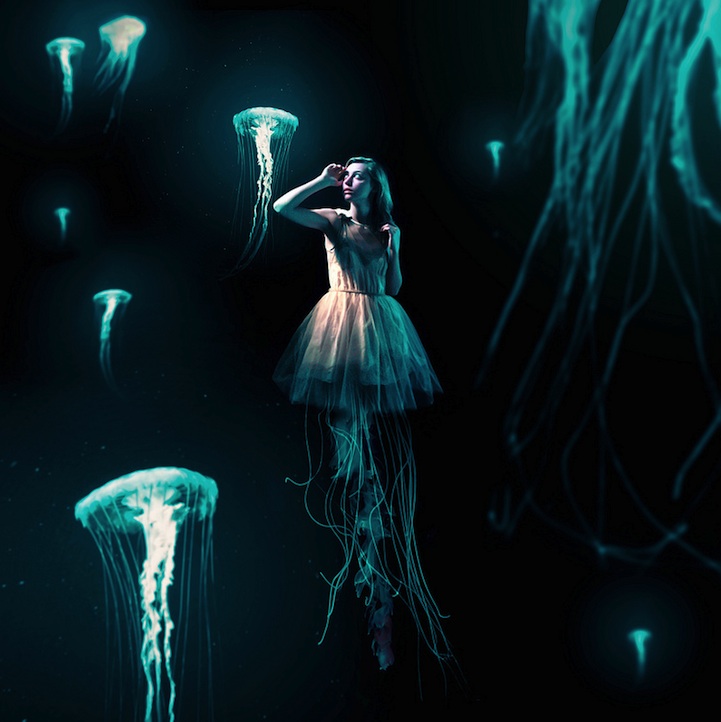 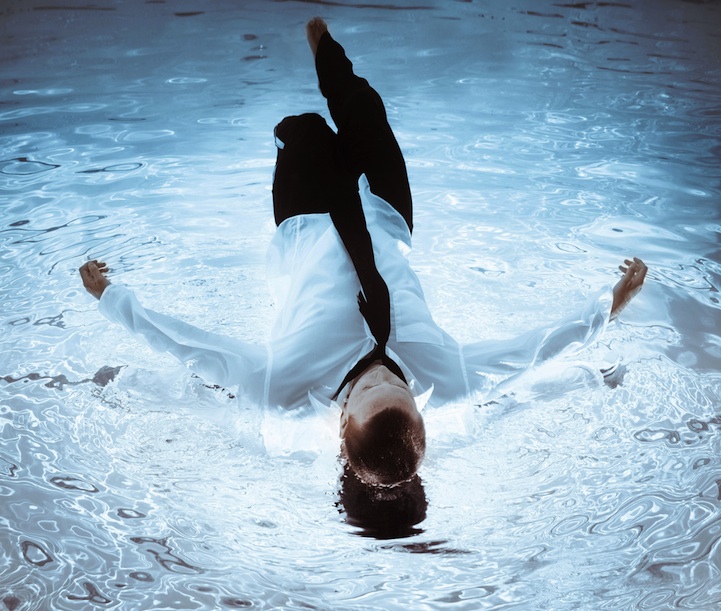 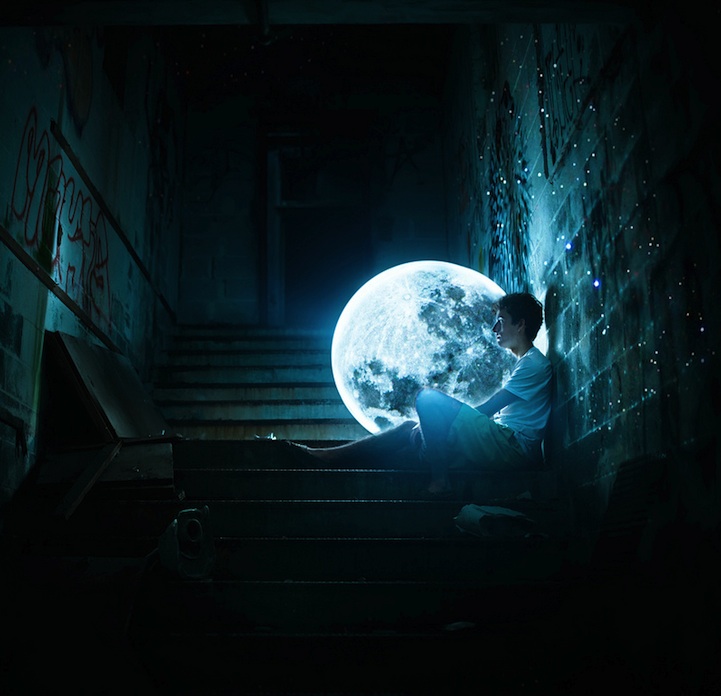 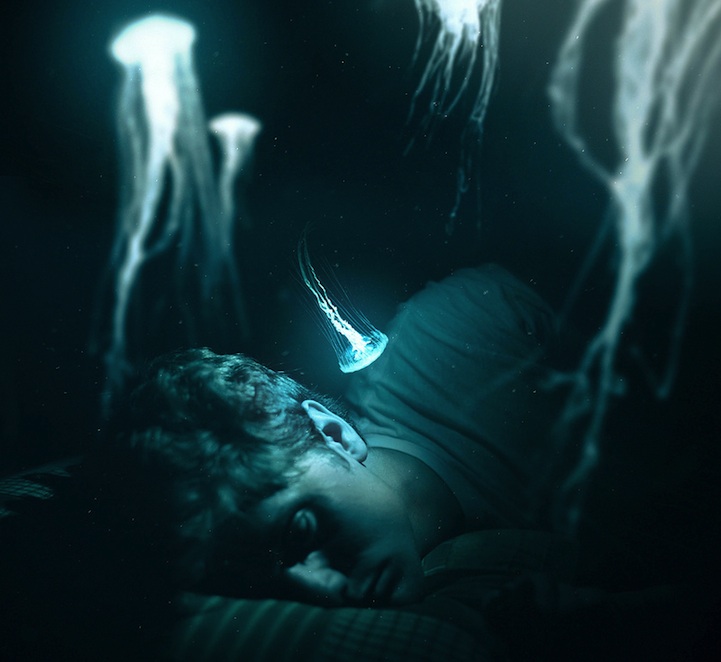 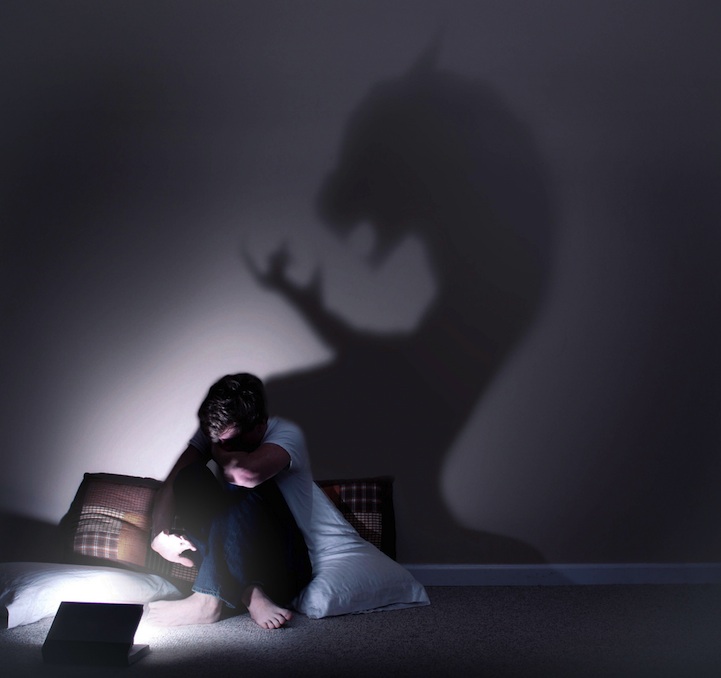 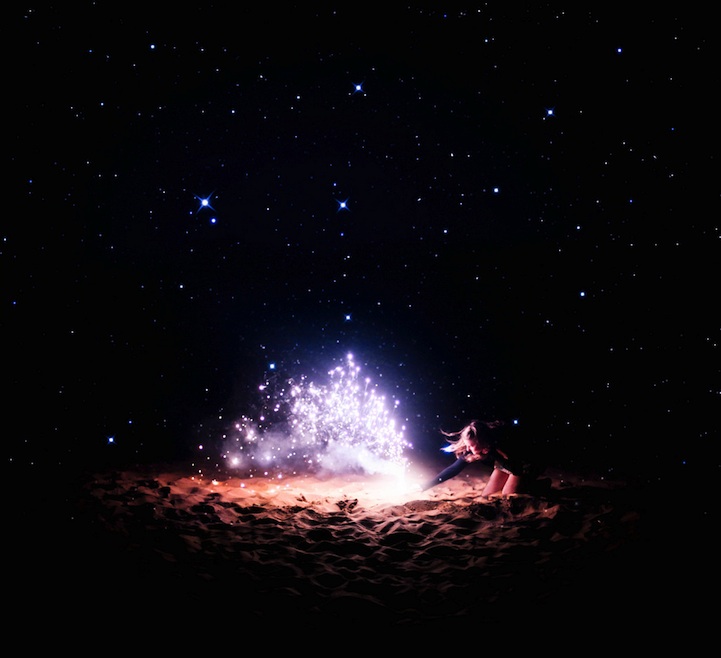 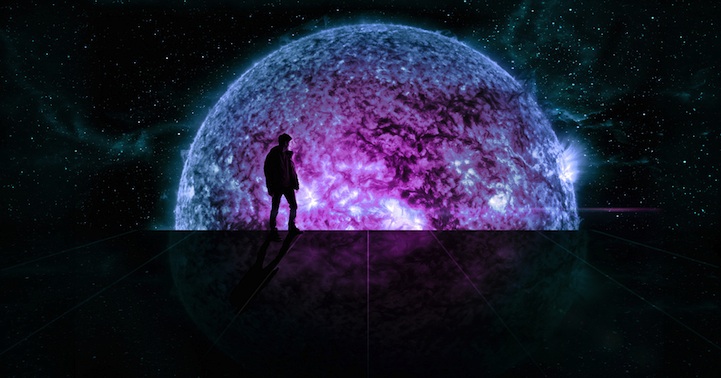 Love the surreal nature to your photos. Where do your ideas come from?
I'm a pretty strange individual and can receive inspiration from the oddest of things, but mostly I'm inspired by single words. I like taking a single word and fleshing it out into a visual space.

Who are some other photographers that inspire you?
My biggest conceptual influences are Lissy Elle, Kirsty Mitchell, Tera Kate, and Zack Ahern are my biggest inspirations overall. Recently however I've been inspired by photographers like Beata Ryden and Rachel Baran.

Over the years, how has your style evolved?
As time progresses, I find myself relying more and more on Photoshop, and now I can create entire scenes and background in the editing suite. My style has certainly branched off of what it was when I started my 365, pretty drastically actually. If I had to classify myself currently, I'm in a sort of blockbuster style sci-fi and surreal fantasy kick.

Why the reoccurring themes of jellyfish and moons?
I created my jellyfish series in response to my moon series. Both are so distant from humans, with the moon out in space and glowing jellyfish residing at the bottom of the ocean. I think it creates a really interesting contrast and dynamic to have humans interacting so intimately with such far off and almost alien beings that exist within our known world.

What do you hope others get out of your photos?
Variety. I know I just classified my “style” above but I want people to look at my photos and notice how different each one is from the last. Weather that is good or bad, doesn't matter so much to me. I just never want to be confined to a style and I hope others see that too and try to escape their comfort zones.

Thanks for the interview, Stephen! Fantastic photos.