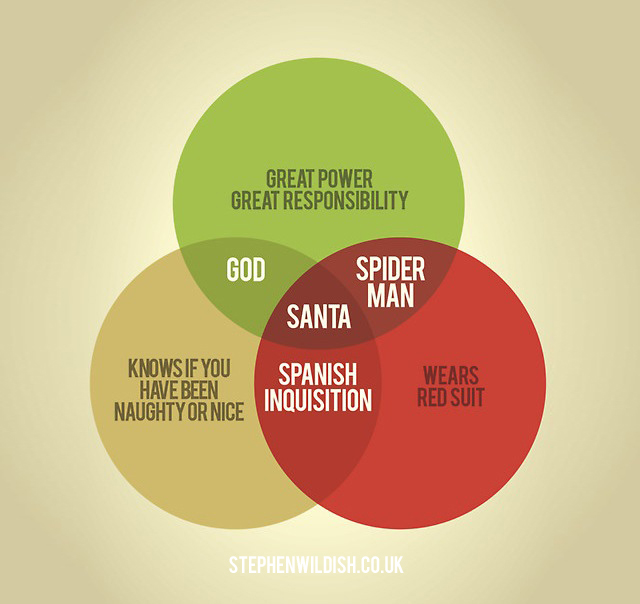 Though UK-based graphic designer Stephen Wildish is more well-known for his alphabet film posters, he's also pretty talented when it comes to making clever venn diagrams. On his website, he has a special section called The Friday Project where he creates something witty or pretty for Fridays.

“I started The Friday Project as a way to get those silly ideas out, the sort of thing I couldn't possibly get past a client, although ironically, currently it's one of the main sources of work for me!,” Wildish told us. When asked what he enjoys the most about making the Venn diagrams, he said, “The moment it clicks. They can be surprisingly tricky to make look that simple, if you follow me. It's a bit like solving a puzzle or completing a crossword.”

Prints are available at RedBubble or by contacting him directly. Love the Santa one, above. 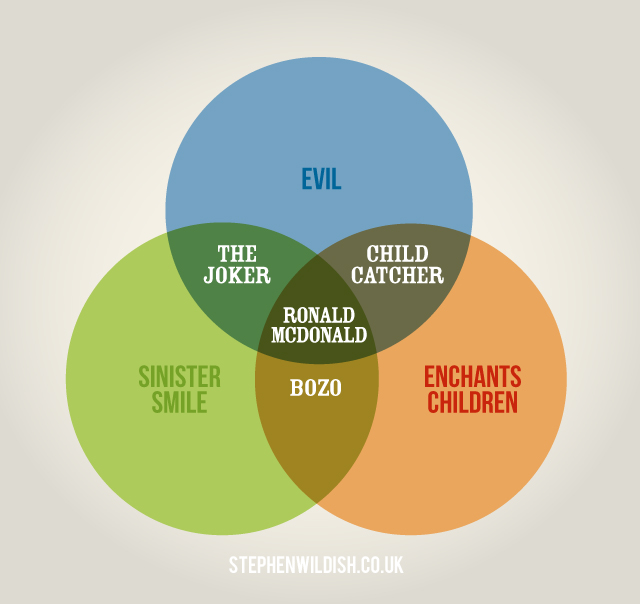 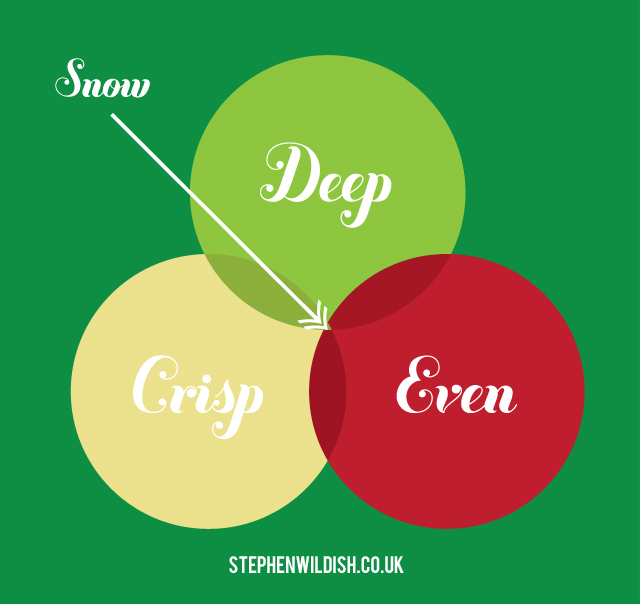 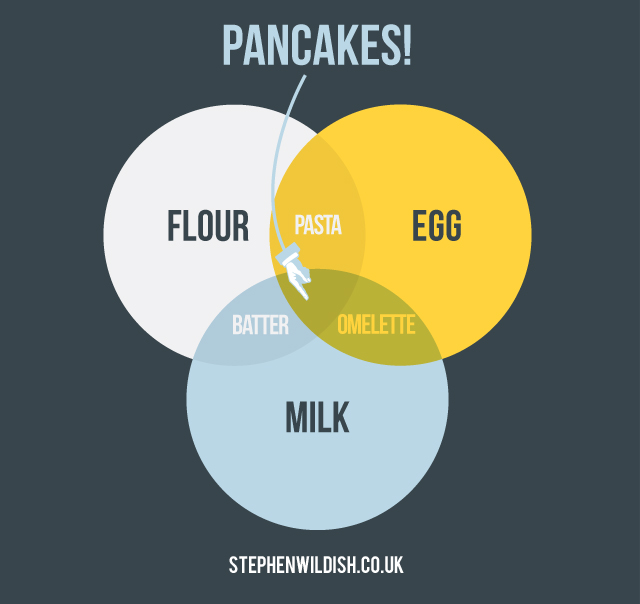 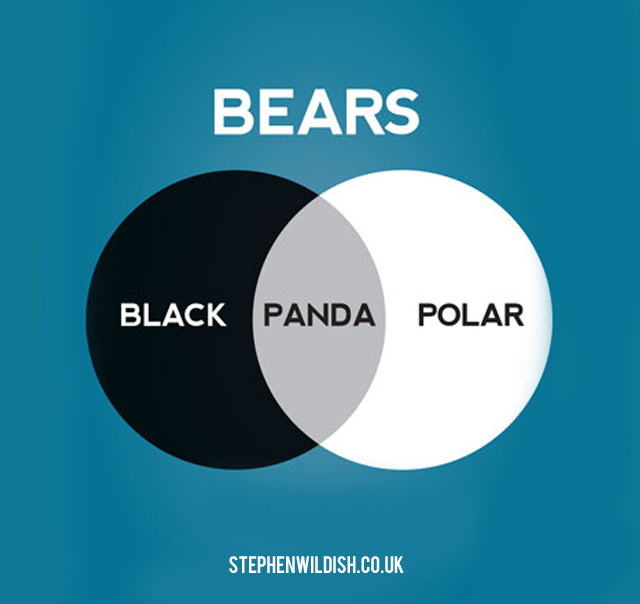