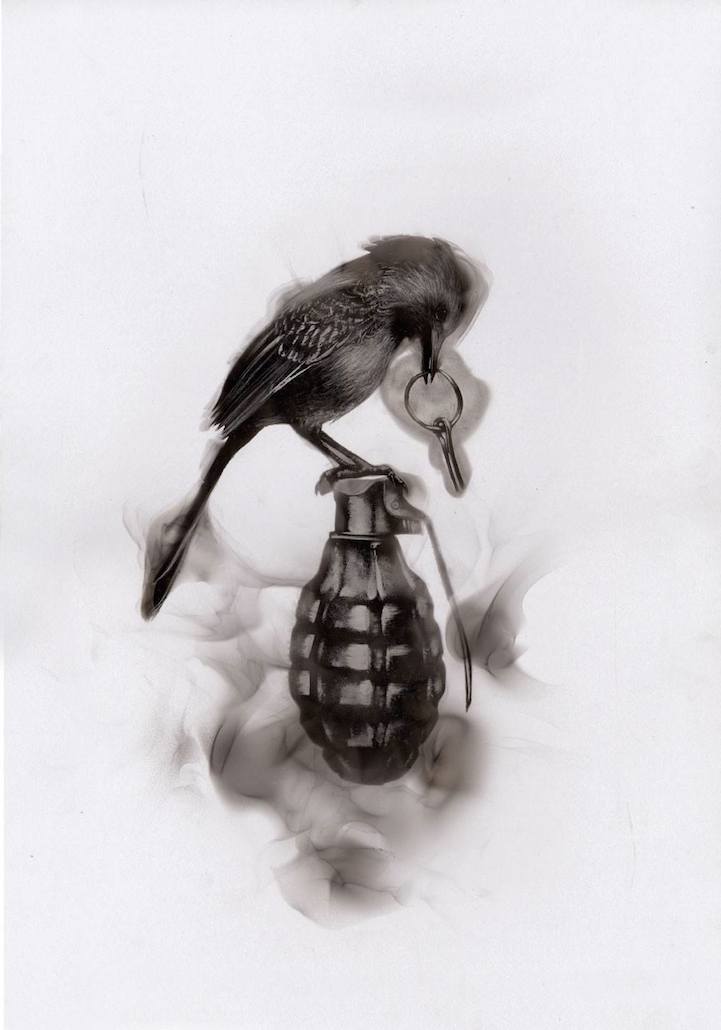 Qubec-based artist Steve Spazuk uses fire to create elegant illustrations out of soot. As he demonstrates in the video below, the fire painter manipulates the flame from a candle or a torch to mark a sheet of paper with trails of soot, which he then etches into using delicate tools like feathers, styluses, and fine-tipped paintbrushes. By sweeping away soot to create negative space, Spazuk transforms smoky swirls into intricate, expressive forms.

Many of his most recent soot paintings are part of his Ornithocide series, which depicts inky, phantom-like birds juxtaposed with manmade pesticides that have the unintended consequence of killing birds as well as insects. Using the bird as a symbol of freedom and hope, Spazuk writes, “Like a dark mirror, the death of millions of birds forces us to see the threat we pose to the planet and all living systems, including ourselves.” 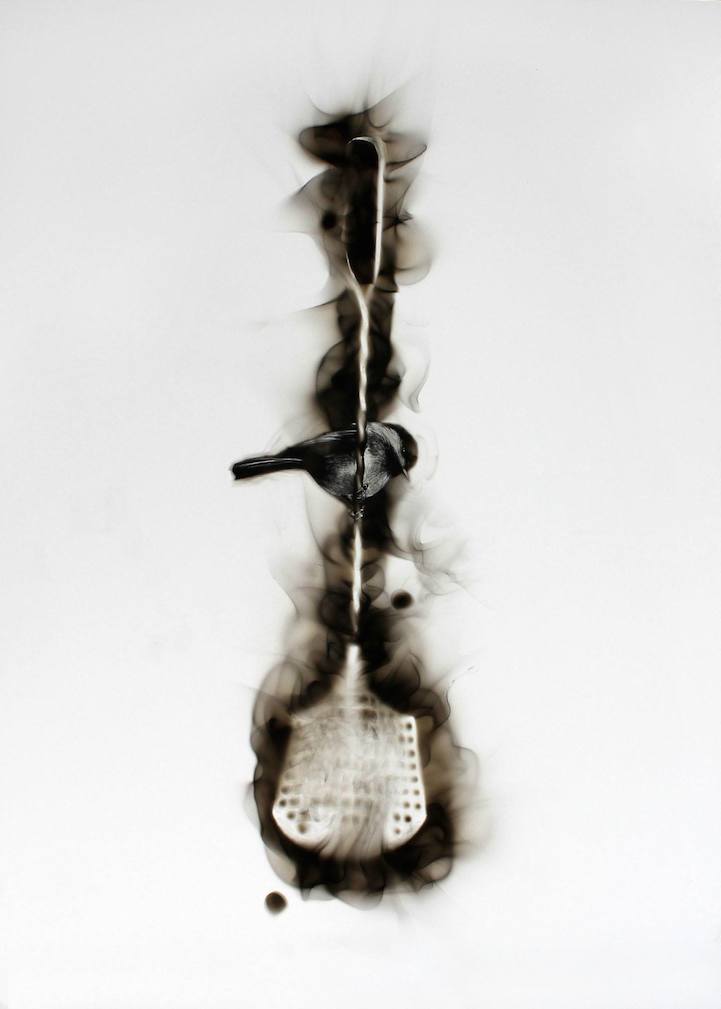 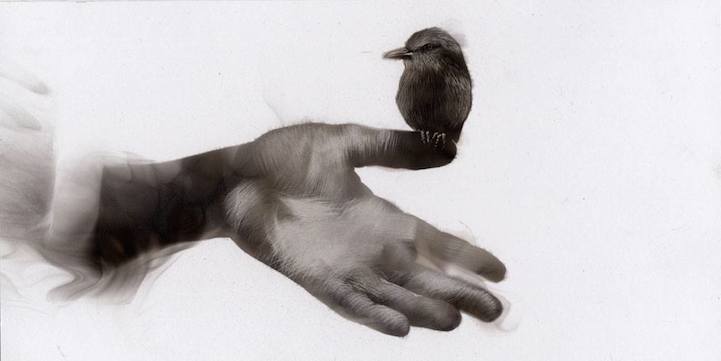 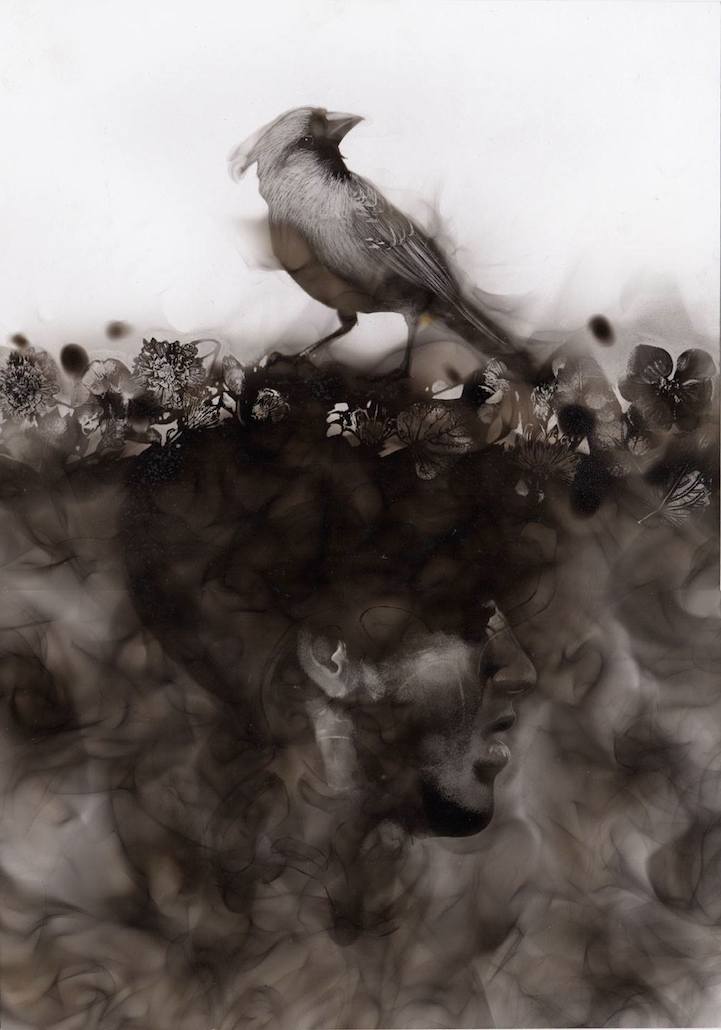 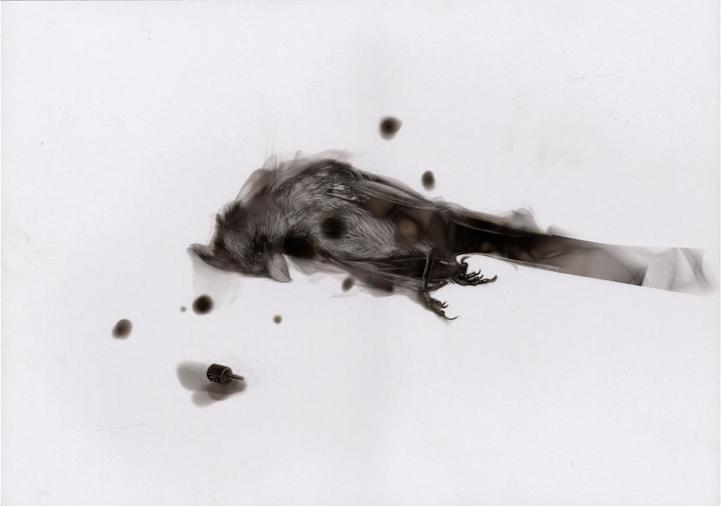 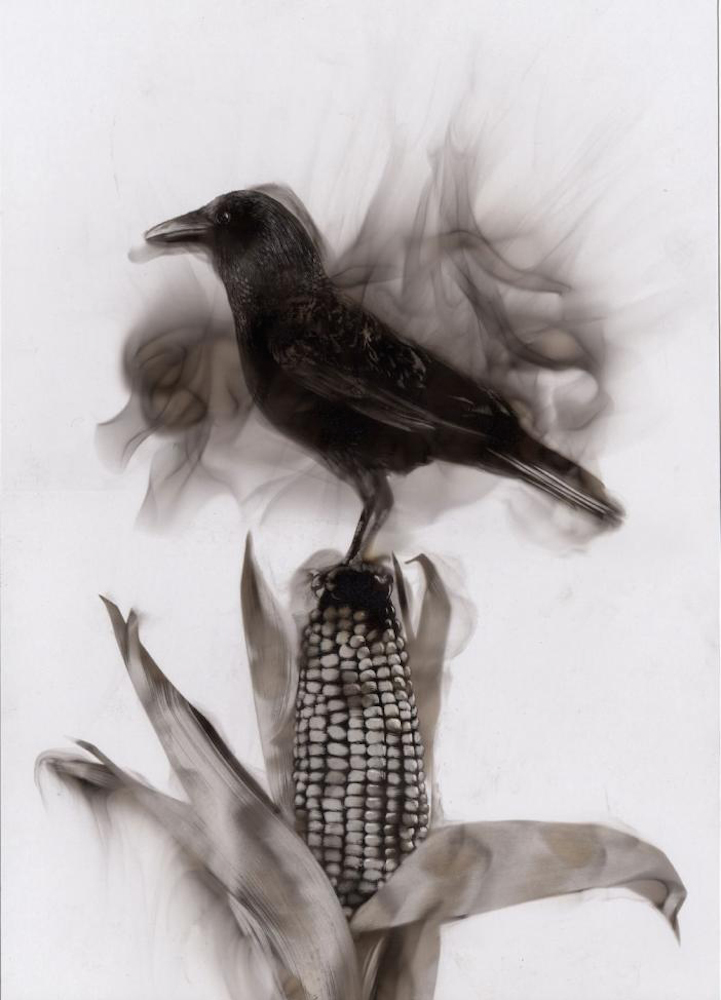 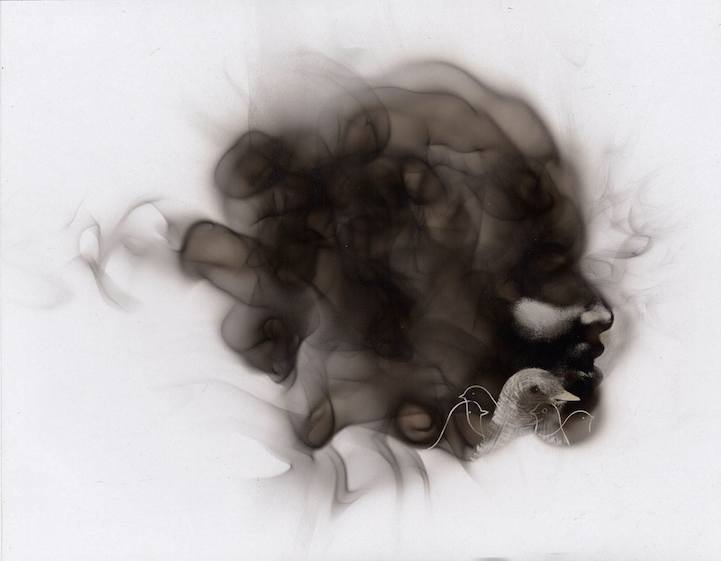 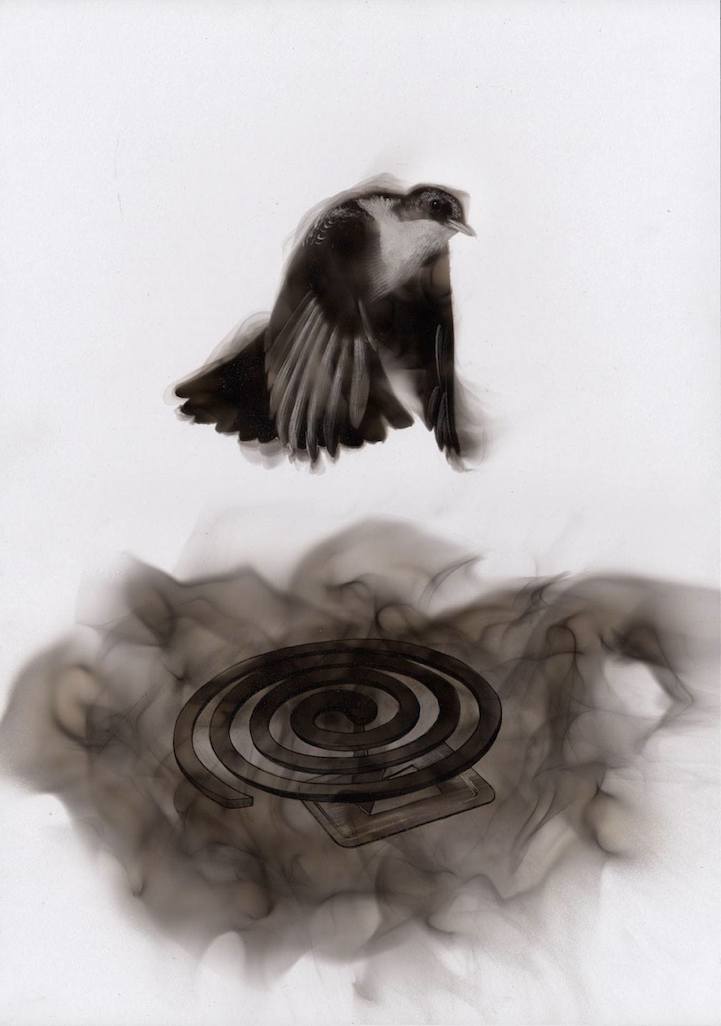