8 Contemporary Artists Taking String Art to the Next Level

Based in Cape Town, South Africa, conceptual artist Pierre le Riche in known for using colorful thread in innovative and thought-provoking ways. His incredible Rainbow Room installation—built from from 17km of acrylic thread—is a juxtaposition between homosexuality and masculinity. It represents a traditional Afrikaan family living room in the midst of the 1995 rugby world cup final match, where 150 rugby balls and every piece of furniture was covered in rainbow-colored yarn. 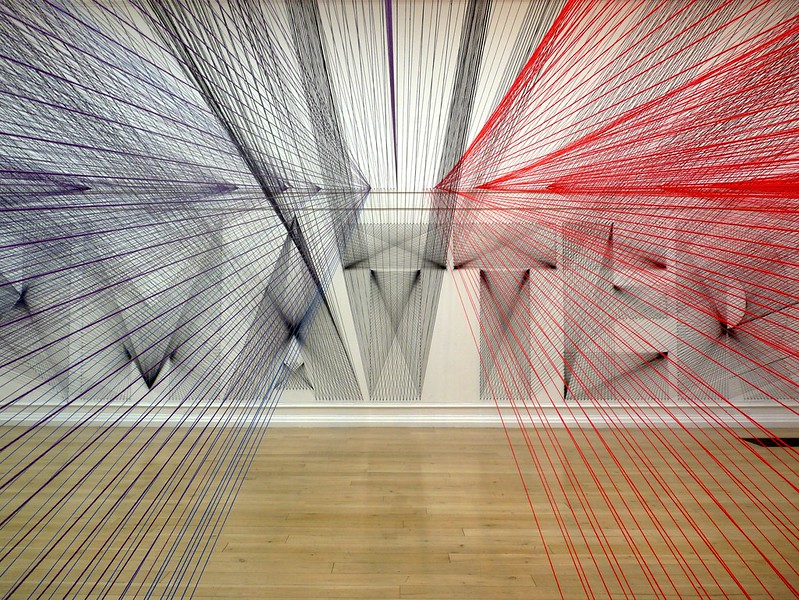 Los Angeles-based artist Pae White merges string art with typography in her  Too Much Time, Again thread installation from 2013. Displayed at the South London Gallery, the textile strands spelt out the words “TIGER TIME” on one wall and connected to the word “UNMATTERING” on the opposite wall. The large-scale structure echoes the artist’s own experiences with insomnia, representing the relatable experience when an endless stream of thoughts can sabotage a good night’s sleep. 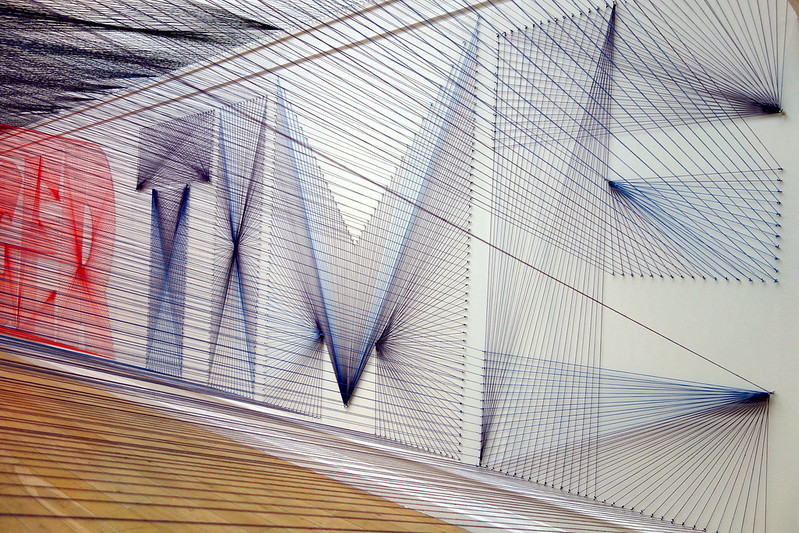 London-based artist San Pierre’s Discontent series is made by crisscrossing colorful strings over black prints on wooden boards. The interwoven strings are secured and wrapped around gold-plated nuts and bolts, creating the illusion of depth and iridescence. The artist describes the philosophy behind the pieces as “a personal interpretation of want and desire, highlighting the resulting inability to remain entirely satisfied and content within the present moment.”

Japanese artist Kumi Yamashita creates incredible, photorealistic portraits made by wrapping thread around nails. Just like creating a line drawing without taking the pen off the paper, Yamashita uses a single piece of unbroken string for each piece. Her ongoing portrait series, titled Constellation, is a nod to the Greek tradition of tracing mythical figures in a starry night sky.

The Sputnik lamp series by French Designer, Julie Lansom, are made by weaving cotton thread through wooden geometric forms. Each made-to-order lamp is entirely unique and handmade at Lansom’s workshop in Paris.

2/2
Inspired to make art with string? Share
Like My Modern Met on Facebook
Get Our Weekly Newsletter
Become a
My Modern Met Member
As a member, you'll join us in our effort to support the arts.
Become a Member
Explore member benefits

Inspired to make art with string? 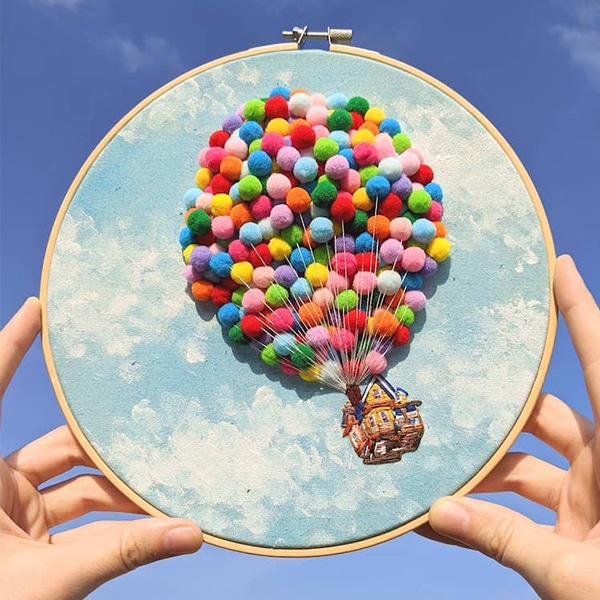 Enchanting Embroidery Recreates the House From ‘Up’ With Colorful Pom-Poms 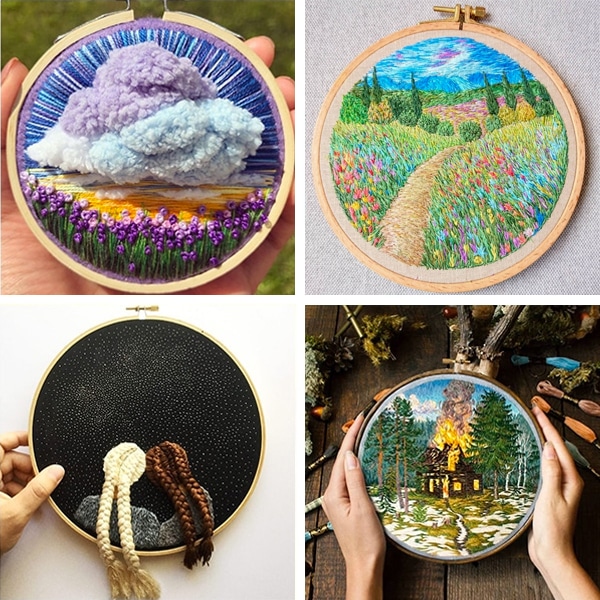 Best of 2020: The Most Imaginative Embroidery Art of the Year