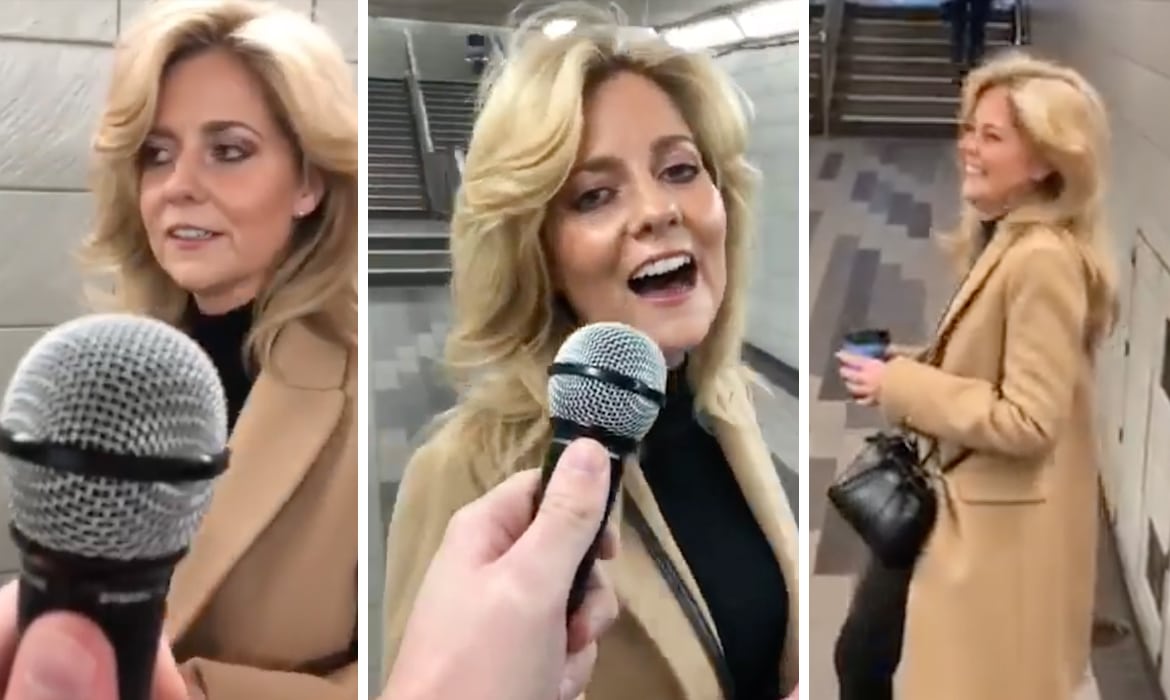 A star is born in a subway thanks to Lady Gaga’s iconic song “Shallow.” It all started when online talk show host Kevin Freshwater was filming content for his popular Facebook page. He was playing a game called “Finish the Lyrics,” in which he approaches random people, sings a few lines of a song, and then prompts the stranger to complete the verse.

While this normally results in some awkward utterances, Charlotte Awbery was a different case. Freshwater sang some of the words from A Star is Born‘s Oscar-winning tune. Much to his surprise, Awbery has a great voice. And after her surprise subsided, she started belting the chorus at the entrance of a subway station. Freshwater, himself surprised at that point, asked if she’s a professional singer as Awbery walked away. It turns out that she is!

The clip of “Finish the Lyrics” has since gone viral, and people have flocked to Awbery’s social media where she posts video of her singing. You can also find more of her cover songs on YouTube.

Watch singer Charlotte Awbery rock Kevin Freshwater's “Finish the Lyrics” game with her rendition of “Shallow” from the film A Star is Born.