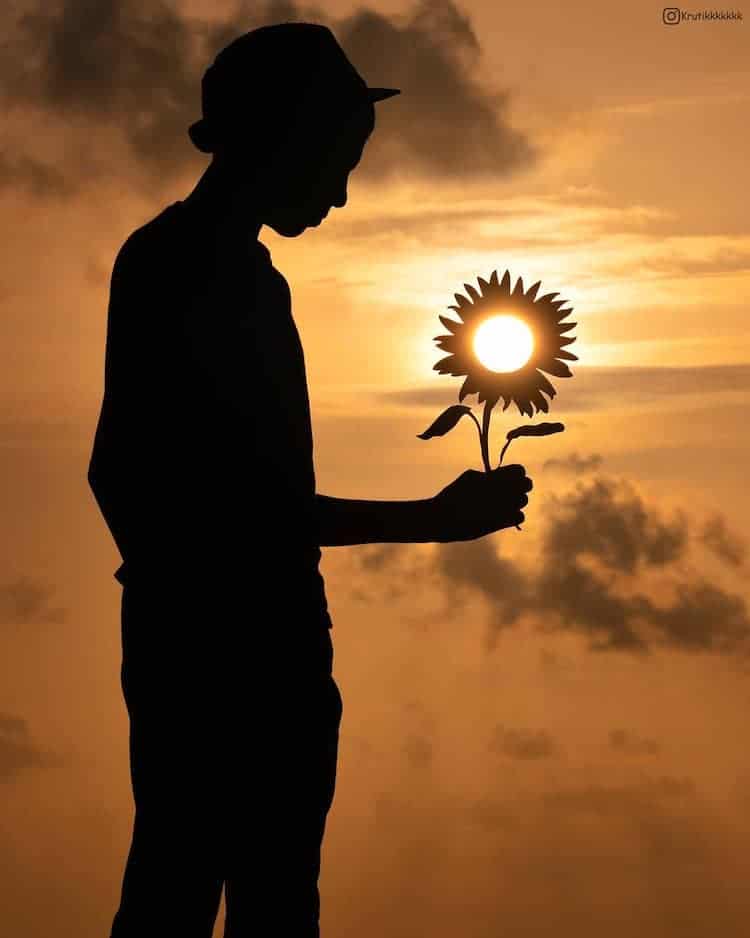 Stopping to appreciate a sunset is good for the soul. The evening glow in the sky is not only beautiful to observe, but it allows us to connect with nature. 20-year-old Indian photographer Krutik Thakur celebrates the majestic beauty of the Sun with a series of playful silhouetted images. He incorporates the setting Sun into each scene as if it’s a tangible object that his subjects can hold in their hands.

Thakur came across sunset images online and became fascinated with the genre of photography. He decided to teach himself the skills needed to capture similar images himself. “With some practice and knowledge from YouTube, I learned how to use a camera,” Thakur tells My Modern Met. “I got to know the settings and tried to take some creative shots.” He continues, “One day at the beach, I met two little kids and I made a series of photos from different angles to make it look like they were sharing the Sun.” Thakur posted the series on social media, where his followers fell in love with it. The photographer began capturing more magical images featuring the sunset, and today, he specializes in the narrative style.

Some images are planned in advance, while others are spontaneously created. Thakur searches his surrounding environment for props he could incorporate into the shot, but he often creates cardboard cutouts, too. In one image, a boy holds a cutout of a sunflower against the sky, making it appear as though the center of the flower is the Sun itself. In another, Thakur creates the illusion of a man reaching into a top hat to pull the Sun out of it. No matter the scene, each image has its own story to tell and reminds us of our eternal bond to the Sun.

Check out some of Thakur’s sun photos below and find even more from his portfolio on Instagram.

Photographer Krutik Thakur celebrates the majestic beauty of sunsets with a series of silhouette photos. 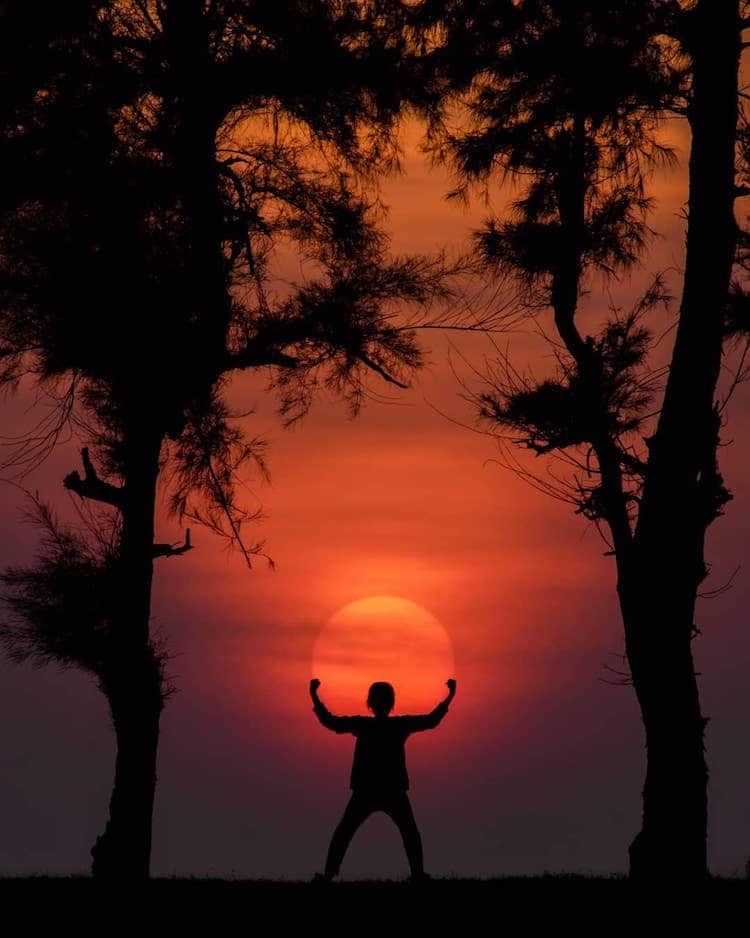 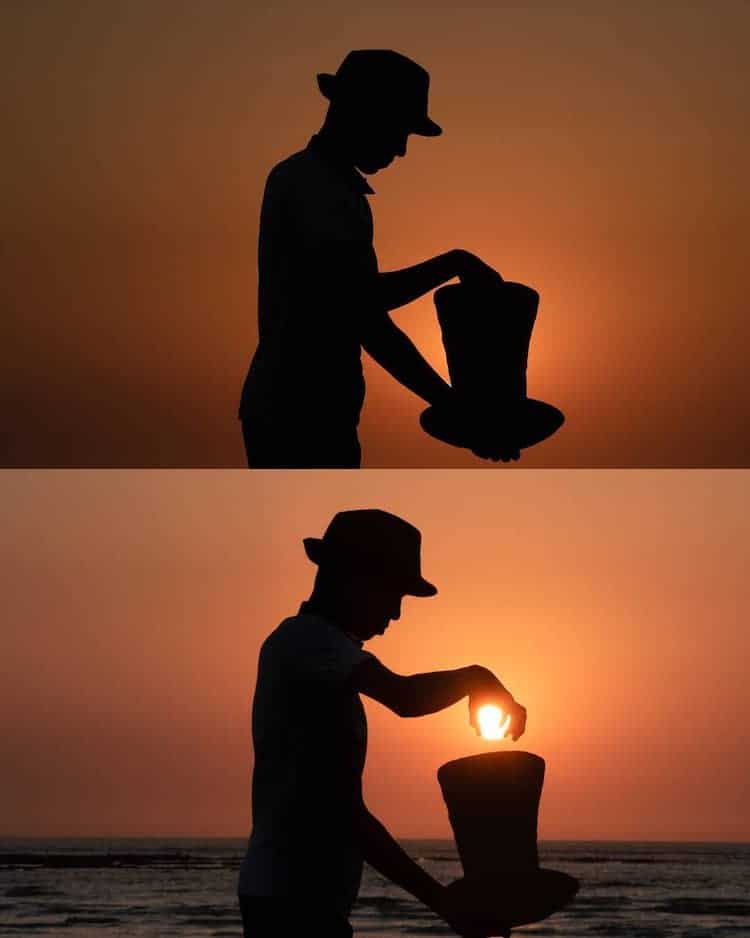 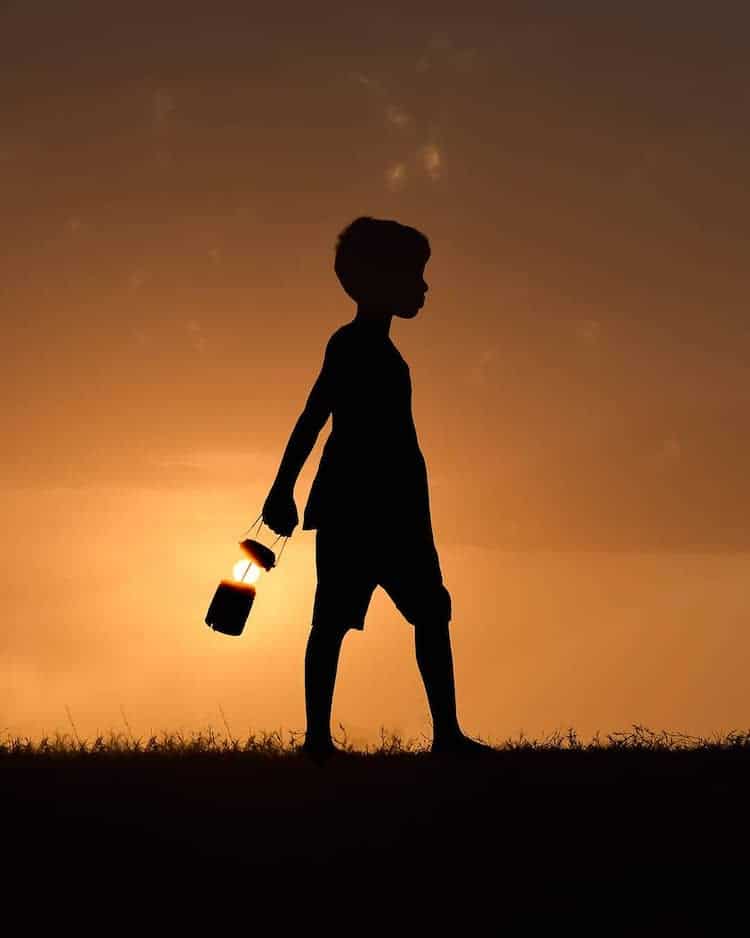 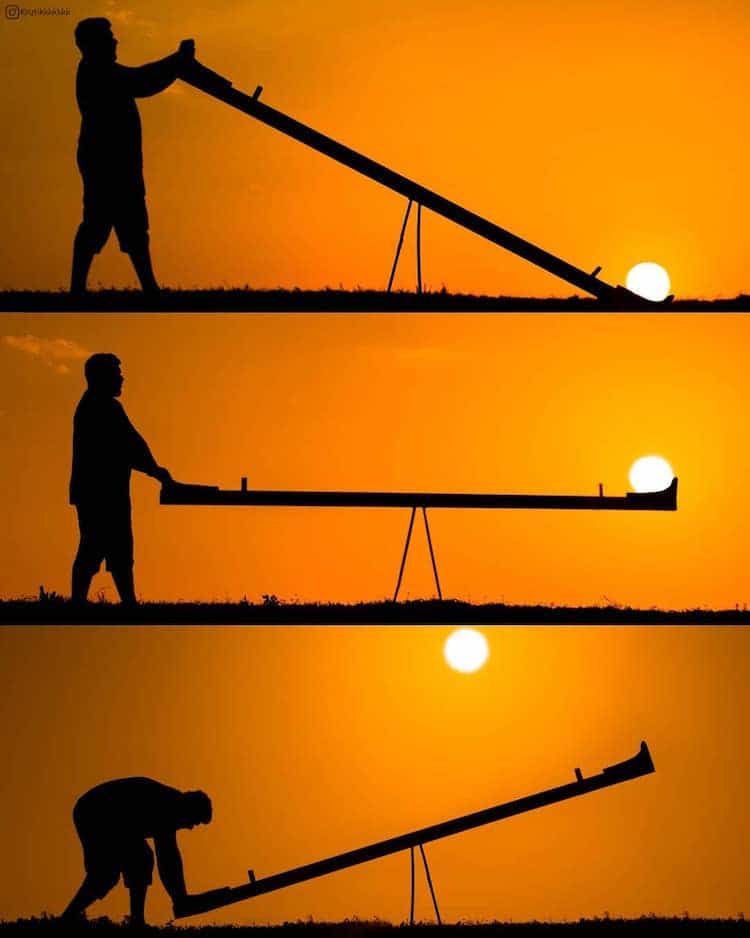 He incorporates the setting sun into each scene as if it’s a tangible object that his subjects can hold in their hands. 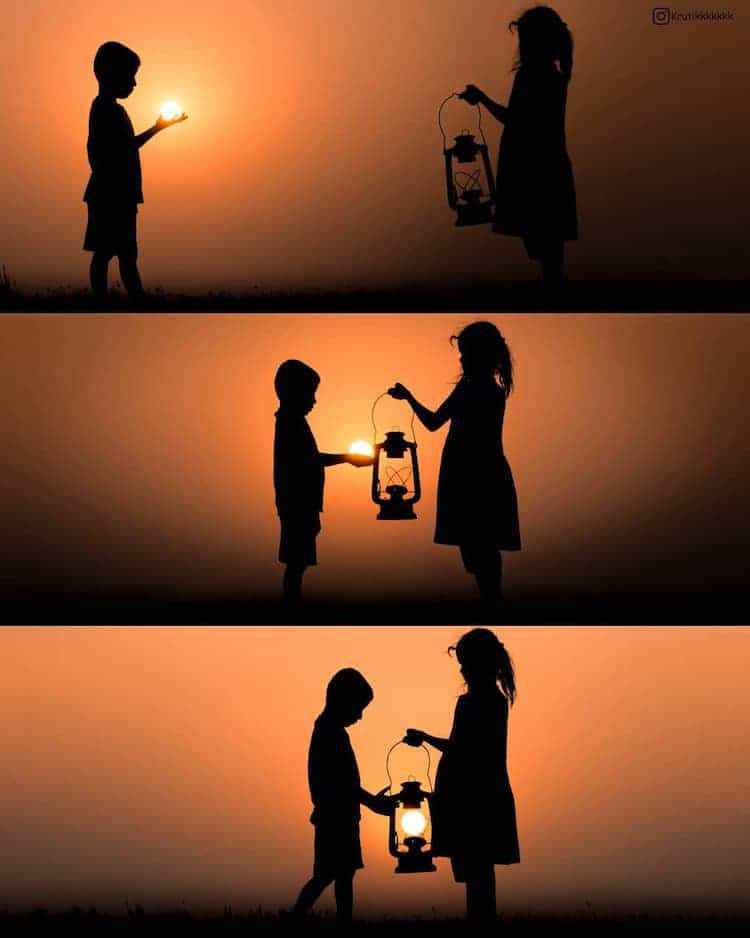 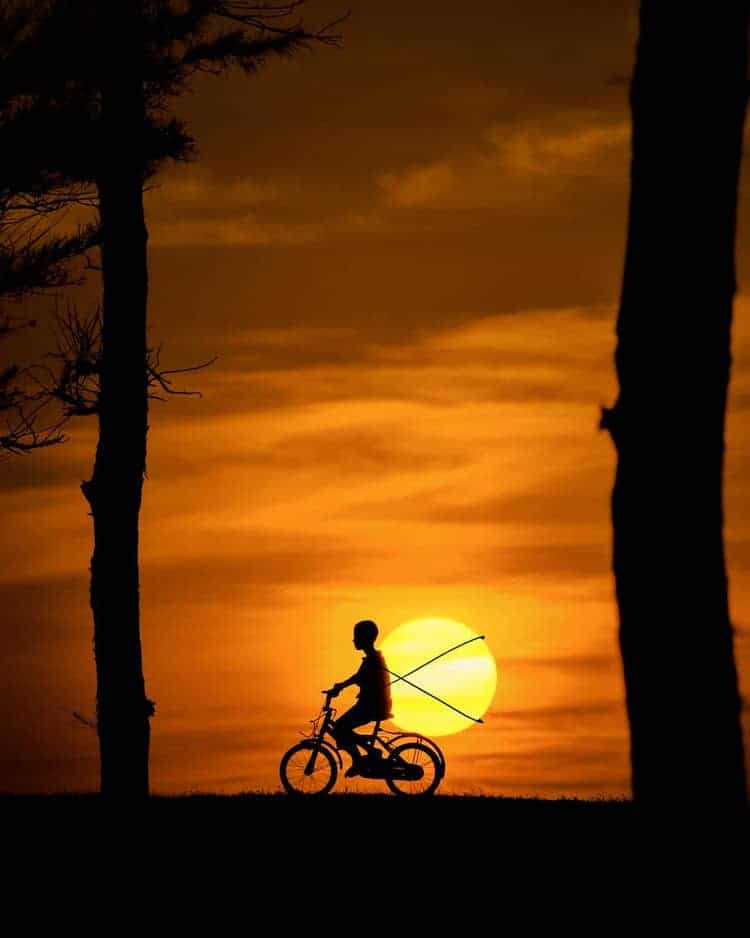 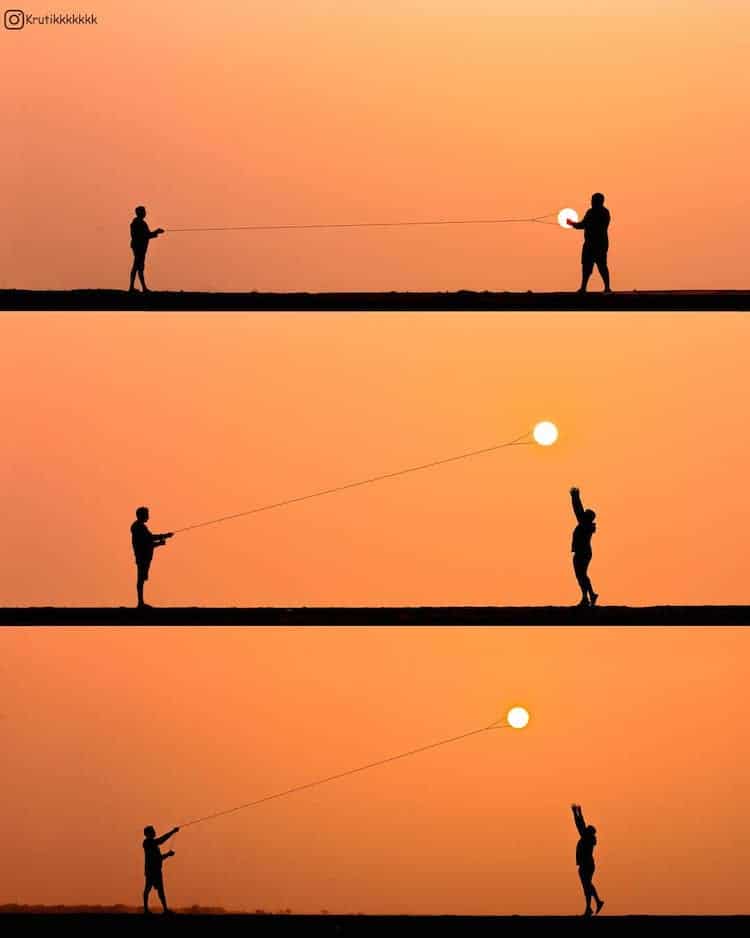 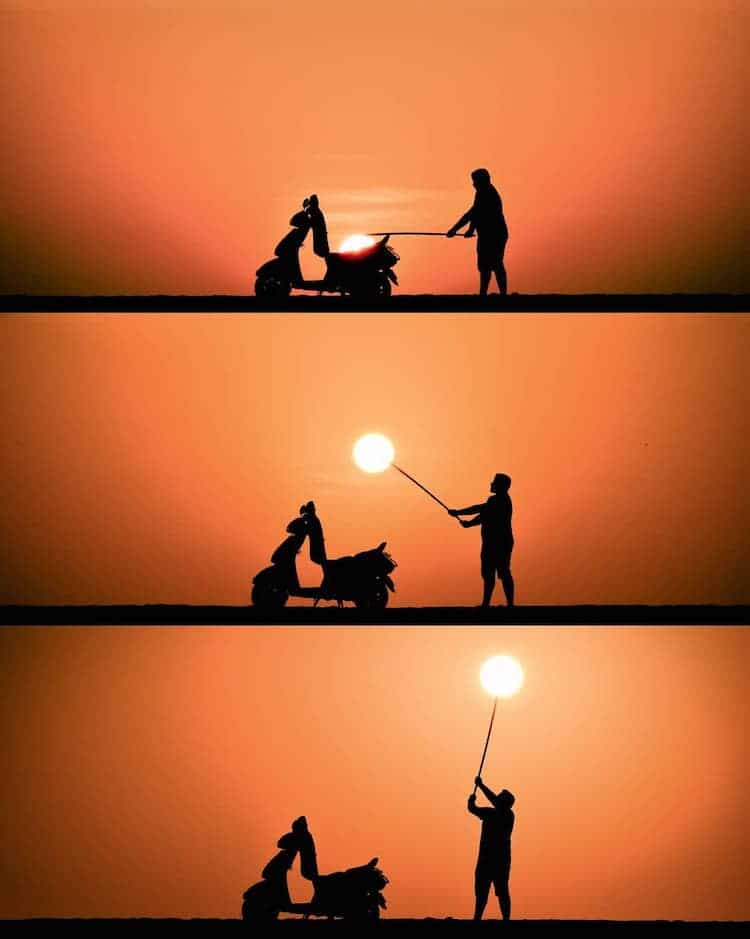 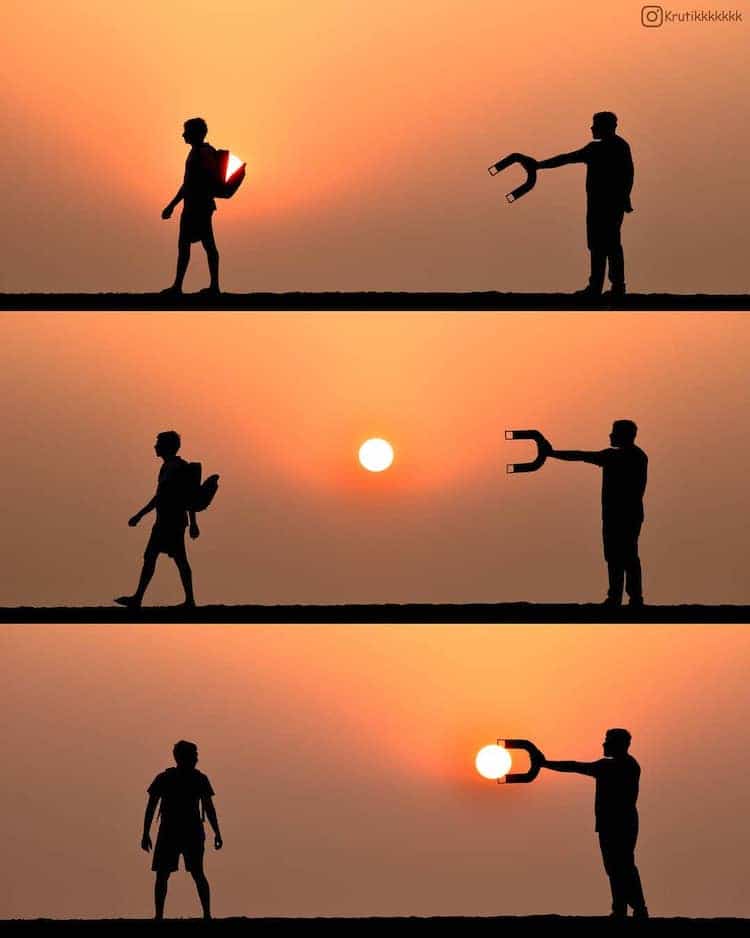 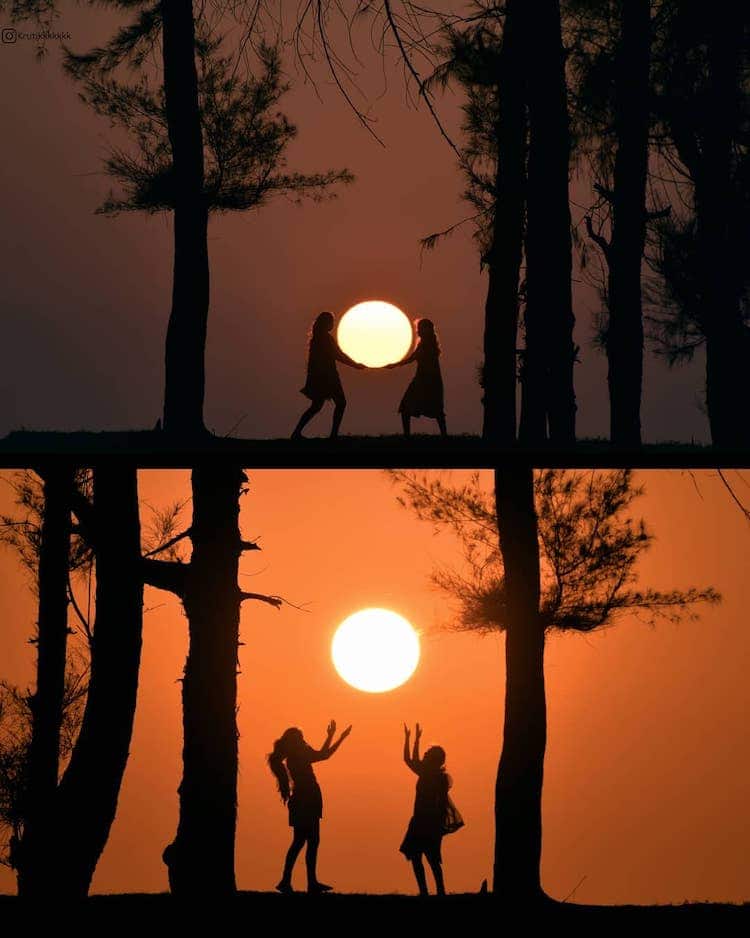 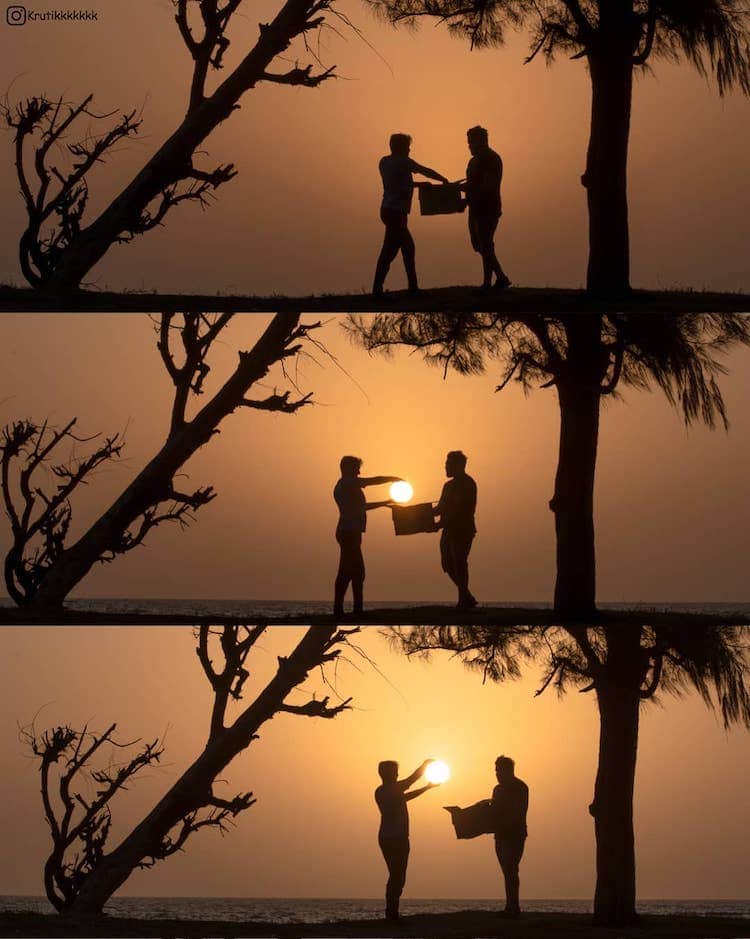