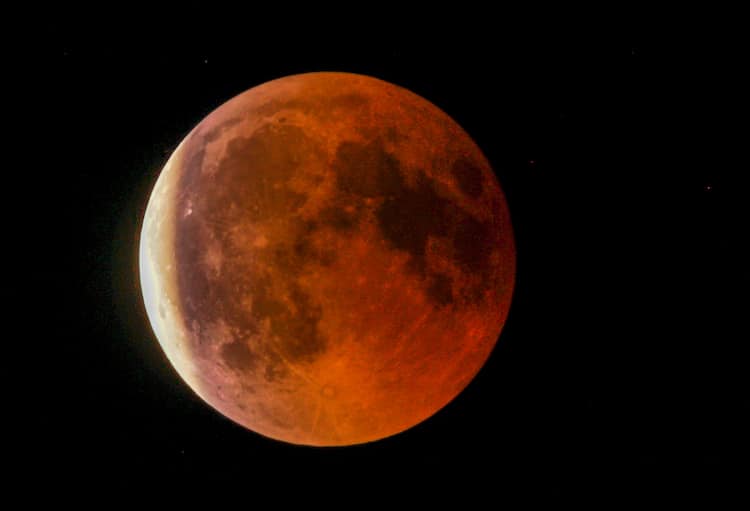 If you love stargazing, you have an even better reason to look forward to 2019. The new year is going to start off brilliant thanks to a rare phenomenon called a Super Blood Wolf Moon. It will occur on January 20 or January 21, depending on your location in the United States. The totality of the event, or the point at which it's the most visible, will happen at about 9:12 p.m. PST (January 20) or 12:12 a.m. EST (January 21).

So, what is a Super Blood Wolf Moon? The event is even more epic than its name, as it’s a confluence of a few lunar conditions. One of them is Blood Moon, which is a total lunar eclipse—something that happens when the Earth moves between the Sun and Moon. The Sun’s light bends towards the moon and casts a reddish hue on the celestial body.

A supermoon is the second event to happen during a Super Blood Wolf Moon. This phenomenon results when a full moon phase corresponds with the point in its orbit when it’s closest to Earth. During this time, the moon appears 14 percent larger and 30 percent brighter than what we typically see. And what about the “wolf” part of the name? It comes from the fact that it’s the first full moon in January.

All told, the Super Blood Wolf Moon will last for about an hour and be visible in South America and parts of western Europe. If you live in these places, get ready to set your alarm and be amazed by the alluring beauty of the night sky.