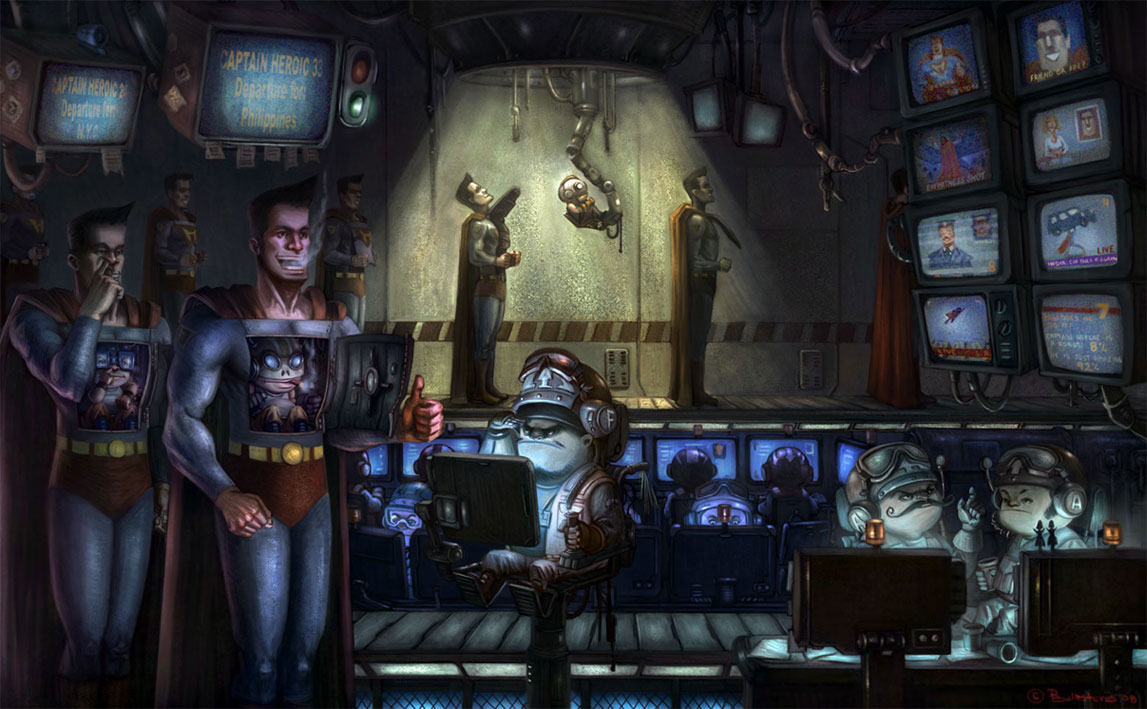 What's the real story behind our favorite comic book superheroes? Artist Patrick Ballesteros exposes us to the things our parents tirelessly hid from us all throughout our childhood. Who's the real Iron Man? Is Superman a manufactured robot? Is Batman actually a prepubescent girl? What's going on here?

Born in North Carolina, Patrick grew up in several states and countries before finally settling down in San Diego in 1991. After graduating from U.C. Irvine in 2001, he decided it was time to become serious about his art career so he continued studying traditional and digital arts at several Southern California schools. For the next 3 years he worked as a graphic designer during the day while fine tuning his drawing and illustration skills at night. Patrick moved to Los Angeles in 2005, in spite of no job lined up and only $600 in the bank, with hopes of finding better artistic opportunities. His tenacity paid off and soon he began his freelance career with clients such as Sony, Paul Frank, Black Eyed Peas, Harmonix Music, and BOOM! Studios. 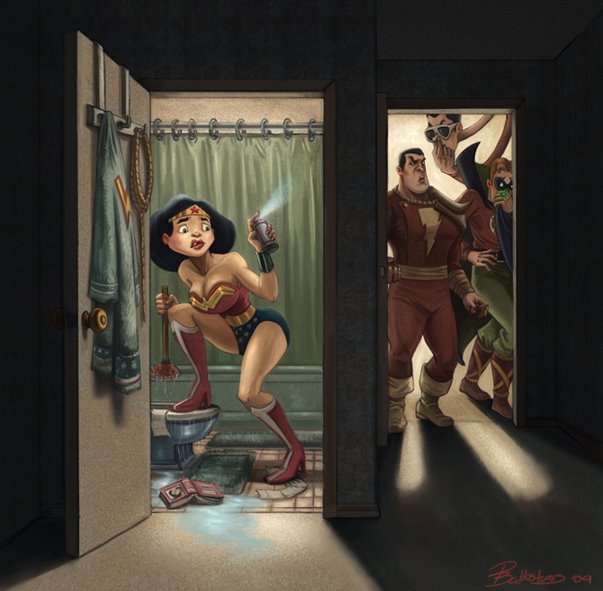 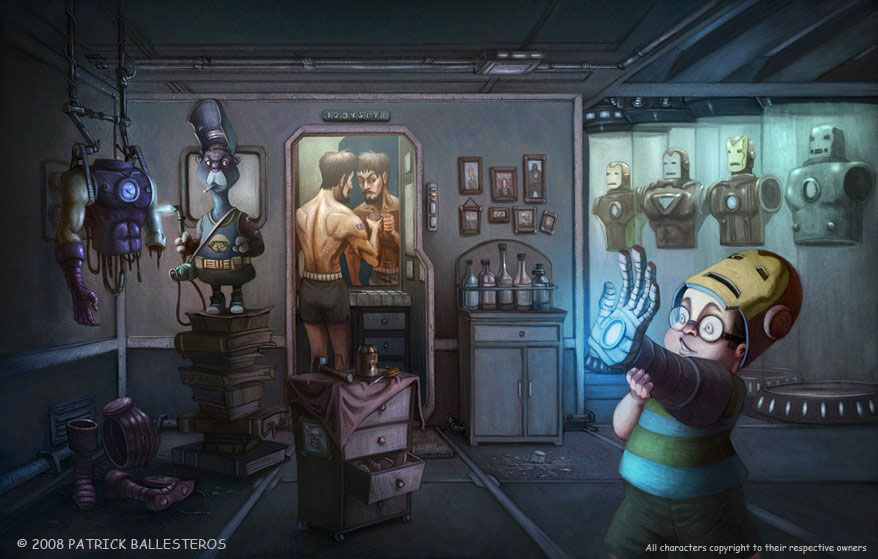 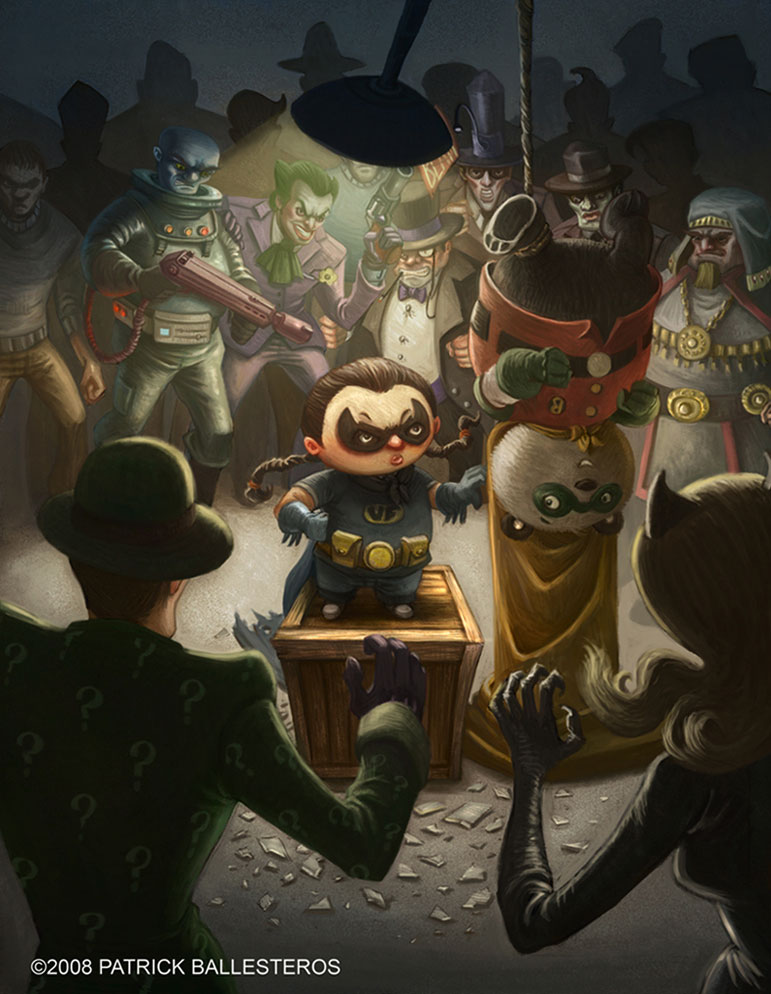